Plan your timing wisely and your wildlife experience could be enriched by the presence of tiny (and unbelievably cute) animal offspring... 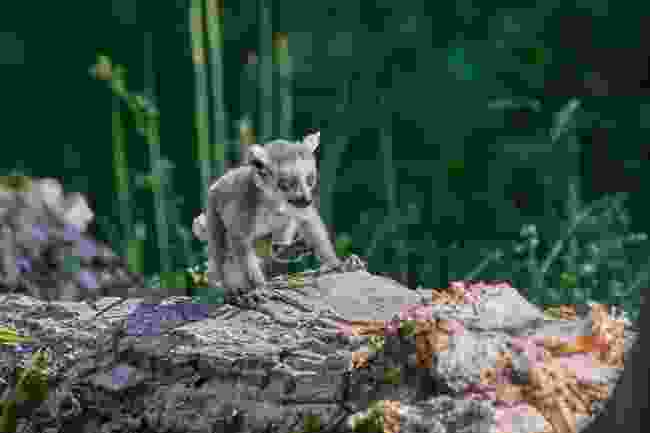 Of all the weird and wonderful creatures that call Madagascar home, it’s the lemurs that are the most famous, popular and charming residents.

There are over 100 different species of these endearing primates, ranging from the mini, fast-moving mouse lemurs to the huge tail-less indri, with all kind of colours, sizes and variations in between. Favourites include the iconic ring-tailed lemur and the ‘dancing' Verreaux’s sifakas.

To enjoy the lemurs at their best, visit Madagascar from mid-September to early November, when the babies of many species are being born, providing the chance to see tiny infants tightly clinging to their mothers for safety. 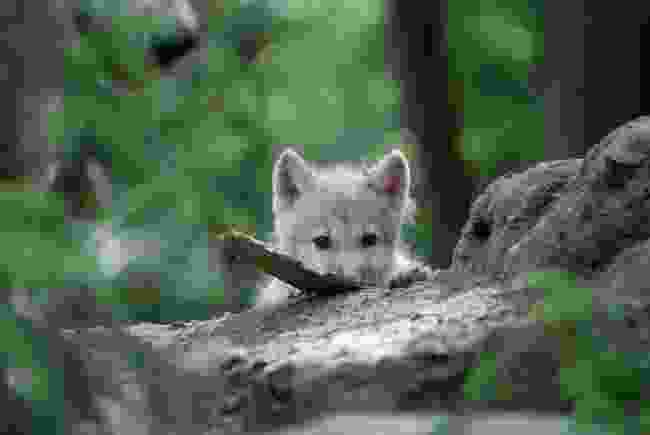 Every spring, more than 350,000 Qamanirjuaq caribou make their annual migration across Nunavut. That fact hasn’t escaped the attention of hungry Arctic wolves. Several Arctic wolf packs rely on the caribou that migrate past Arctic Haven Wilderness Lodge and across Ennadai Lake, the unlucky animals serving as the staple food source for many of the predators in the vicinity.

The wolves also use Ennadai Lake as a den area to nurse and raise their young, feeding them caribou meat for the month of May, the best time to visit to see the little ones getting to know their ‘pack’.

During the spring migration season, it’s possible to see the wolf cubs at Ennadai Lake - they emerge from their dens from about four weeks old, still tiny and innocent-looking.

There’s plenty of other wildlife in the area too, including grizzly bears. 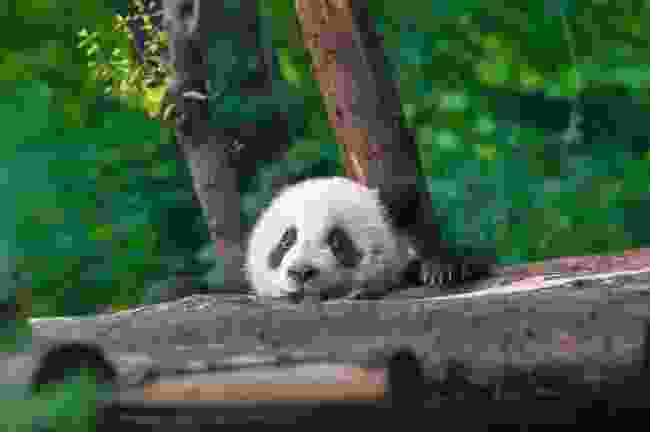 Famously, pandas aren’t the most amorous species. So, every baby panda born is a cause for celebration - especially when their numbers in the wild have been decimated, largely due to habitat loss.

At birth, baby pandas weigh around just 100 to 190 grams and are around 15cm long, making them pretty much the world’s greatest teddy bear.

Pandas are usually born between July and September. They only stay small for around a year, so the autumn, especially the months of October and November, is a good time to visit. It’s also advised to avoid Chinese holidays, when the panda centres are very busy.

Born blind and usually a white or pinkish colour, the bumbling bears are highly reliant on their mothers in the early stages of their life and need to be fed every few hours.

Several weeks later, the cubs start to develop black fur, particularly on their ears, eye patches and shoulders, then later on their legs. This is a great time to see infant panda cubs, as they become less sleepy and more playful, just tumbling little balls of fun. 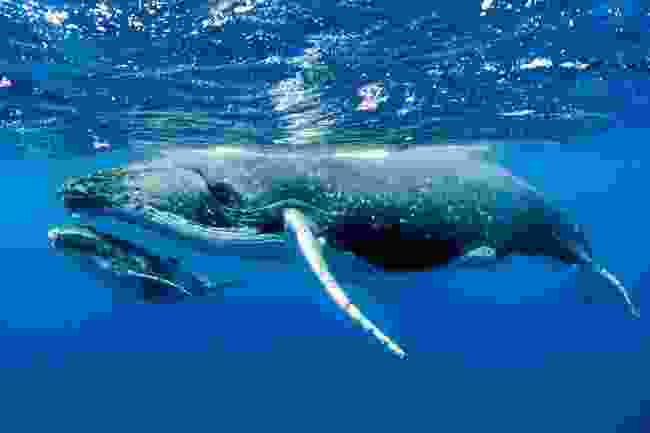 When even the babies are larger than you, you know you’re somewhere special. Every year between the months of January and April, the largest gathering of North Atlantic humpback whales on Earth takes place at Silver Bank, a spot in the Caribbean ocean, north of the Dominican Republic. During this time, as many as 3,000 whales gather for a little romance and mating, and to later give birth.

It’s possible to snorkel with the playful humpback whale calves. The best way to spend time with them is on a live-aboard trip, where you can also witness protective mothers spending time with their new arrivals.

Watch the water closely and you’re likely to see courtship dances between adults and displays of breaching, pectoral fin slapping, lobtailing and spyhopping, as adults teach their babies how to be a whale.

Listen closely from the water, and you may well hear the otherworldly sound of whale song. 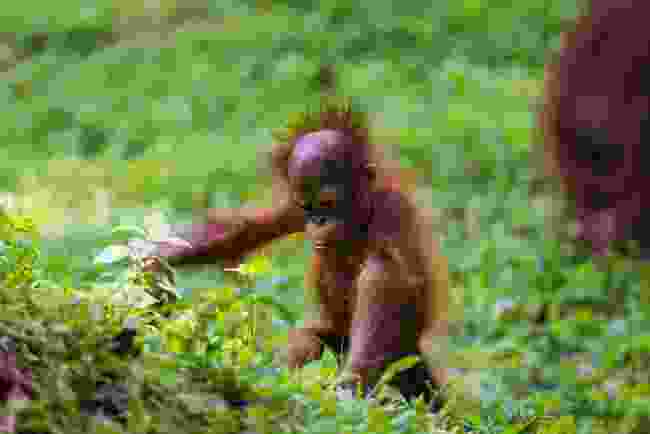 With their punkish appearance and comprehensive range of expressions and behaviour, infant orangutans are some of the cutest and most human-esque of all baby mammals.

Orangutans have one of the longest childhood dependencies of all animals, staying with their mothers for up to seven years. During this time, the mother won't breed again, which leads to the orangutans' incredibly low birth rate and their susceptibility to population decline (though the pandas still rule on that front).

The best place to see baby orangutans is the Tanjung Puting National Park in Indonesia, where the youngsters can be seen at any of the four feeding stations.

As the babies stay with their mothers for so long, they can be seen throughout the year - but the best time to see mothers with very young babies is May and June when there's less natural food in the forest and the feeding stations are quieter with people.

A lot of the forest trees start fruiting in July, so mothers with very small infants tend to keep to the deep forest, particularly as this is when the feeding stations start getting busier with tourists. 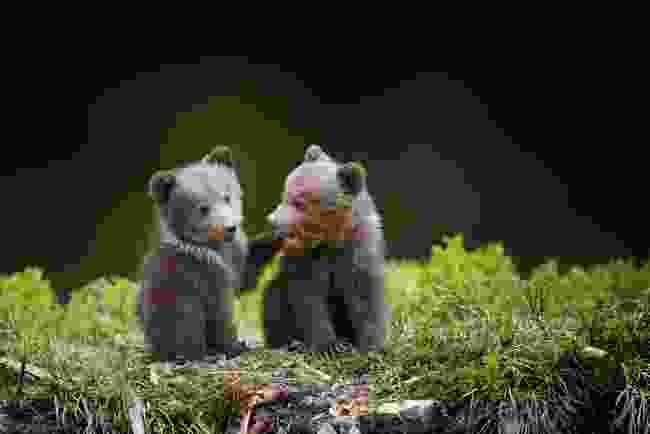 Home to isolated beaches, thick forests and rushing waterways, Alaska’s remote Katmai National Park is a wild stomping ground for grizzly bears - the largest coastal grizzles in the world - who go there to feast on spawning salmon and dig for clams. It’s possible to see the bears ambling around, eating, playing, mating, lazing and even occasionally interacting with local wolves.

If it’s the grizzly cubs you’re particularly keen to see though, the summer months are the best time to visit.

In June, bears get together to socialise, mate and feed, with high chances of seeing playful behaviour among sows, cubs and young adults, as well as cheeky infants climbing onto patient mothers.

August is another peak activity period, with plenty of salmon on the menu. The bears go to town on the salmon, with this month being a good time to watch and photograph females and their cubs prowling the banks, sometimes lunging into cold streams for a fresh bit of fish. 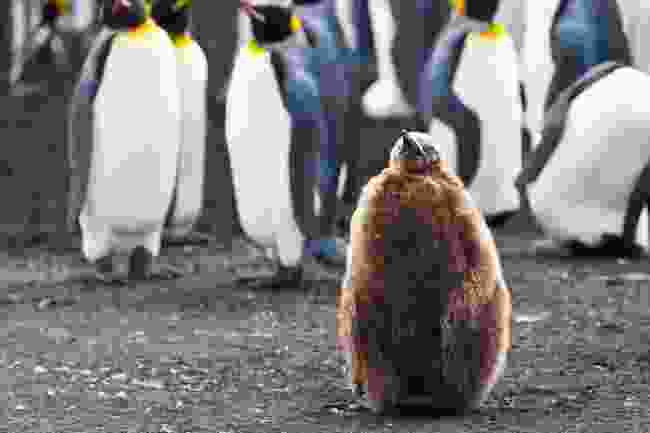 One quick way to drive yourself mad is to try and stand still and count the number of penguins on parts of the Falkland Islands and South Georgia. There are simply too many.

Saunders Island in the Falklands plays host to noisy (and smelly) hordes of four penguin species - including the distinctively yellow-crested macaroni penguin, the stubby southern rockhopper, the long-tailed gentoo and, perhaps the sleek and regal gold-tinged king penguin. 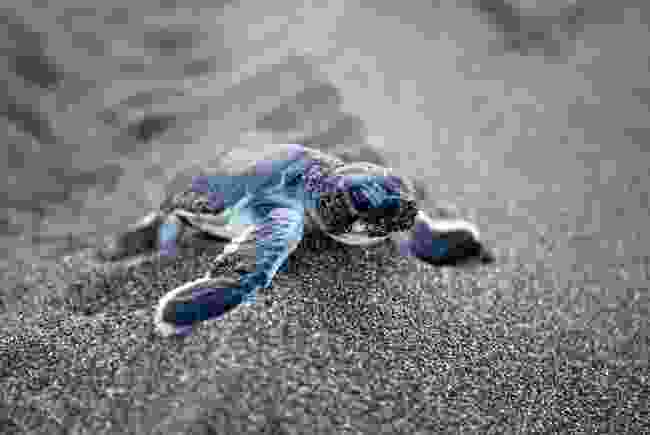 Sympathy is needed for female turtles. Unlike humans, they can give birth not to one, two or three new lives in one go, but up to 1000 eggs per season.

Endangered hawksbill and green turtles return from the ocean every year, between October and February, to the peaceful soft white sand beaches on Praslin in the Seychelles, with December and January the peak months of the turtle-nesting season. Each female turtle can return to the beach to lay eggs as many as five times, laying up to 200 eggs a time.

Visitors to the area can watch the females come up to the beach to lay, as well as see the baby turtles move down to the sea, an experience that is both captivating, live-affirming and heartbreaking (not every turtle makes it).

The turtles often hatch in the middle of the night, making the early hours of the morning the best time to see the mini turtles’ bold first steps, so the best plan of action is to set up a ‘turtle watch’ alarm call. 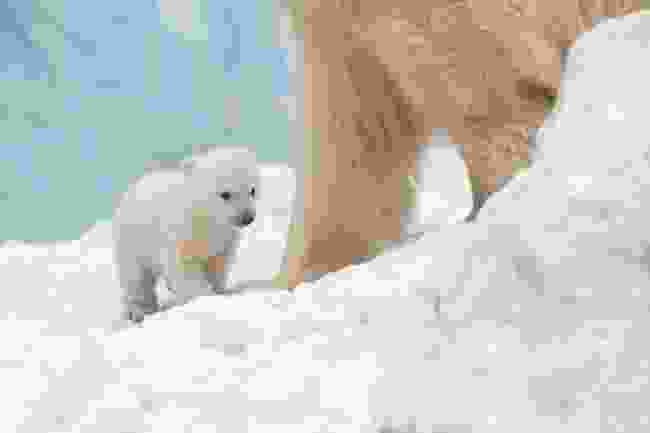 One of the best places in the world to see polar bears and their cubs is in Spitsbergen, part of Norway’s Svalbard archipelago. It's a collection of four large islands and hundreds of smaller ones in the icy Arctic Ocean, halfway between Norway and the North Pole.

Polar bears generally mate in the spring and early summer, between April and late June, with cubs usually born between November and January (December is the peak month).

Mothers and cubs usually emerge from their maternity dens in March and April, their entrance into the world timed to coincide with the arrival of the years’ new ringed seal pups. The bears feed on the unlucky pups for around four months, during which time the mothers and cubs can be seen out hunting on the sea ice.

June and July are the best months to see polar bears, including mothers wandering across the snow and ice with their cubs, looking for good hunting opportunities. Interestingly, of all the polar bears you're likely to see, around 30 per cent are cubs, though you might not notice it. Only about 10 per cent of the time would the cubs be the really small, young ones. The rest of the time they would appear closer to full grown adults. 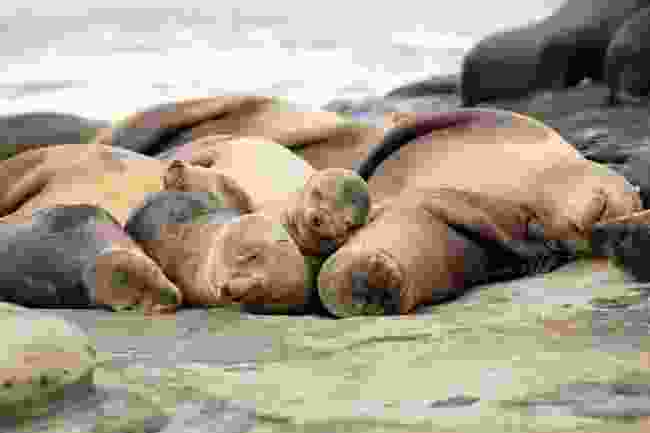 Jacques Cousteau called the Sea of Cortez and the waters of the Baja Peninsula, off Mexico’s northwest coast 'the aquarium of the world' for good reason. The ocean is populated with whale sharks, whales, sharks, plentiful shoals of colourful fish and, last but not least, sea lions.

The curious and playful pups come close, allowing you to stroke or pet them, like little underwater dogs. Be careful to keep your fist bunched, though, rather than leaving out stray fingers, as they like a nibble. 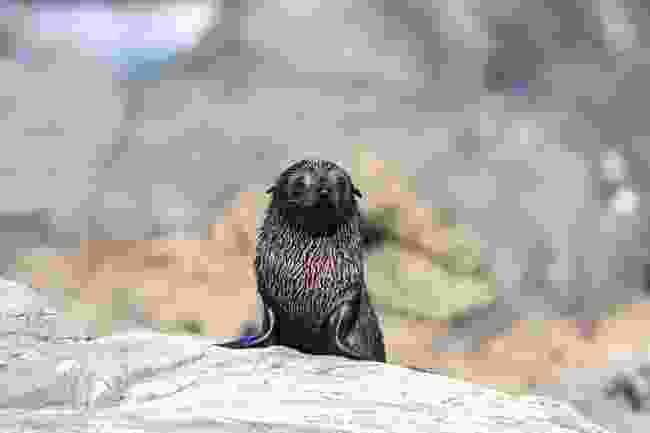 There’s no shortage of wildlife around Kaikoura, the coastal town on New Zealand’s South Island, especially when you look in the water. The area was once a whaling centre, but now the whales are protected, with numerous whale species and dusky dolphin pods seen offshore.

A clear highlight, though, is to check out the fur seals. The Kaikoura Peninsula Walkway heads out from the town centre to lookout points at Point Keen and nearby rock platforms where fur seal colonies can be found.

But Ohau Waterfall is the top spot, as it’s been turned into a creche or play den for baby fur seals, who swim up the creek to play and splash about in the pool beneath the Falls. The fur seals' fun outings to the Falls occur each year from June to August.

Check out more incredible wildlife experiences around the world:

The 9 best wildlife experiences in the world

9 wildlife migrations that will blow your mind

6 of the world's most underrated countries for wildlife spotting