On the move: 9 massive wildlife migrations that will blow your mind

From scuttling crabs and fluttering butterflies to vast herds of wildebeest and caribou, these wildlife migrations are on a scale that defies comprehension and just have to be seen for yourself...

During the Southern Hemisphere spring, this tiny island, 1,600 miles off the northwestern coast of Australia, is overrun by more than 50 million red land crabs. The whole island becomes a scuttling carpet of red as these palm-sized crabs abandon their burrows in the island’s forested interior and head for the coast. Such is their determination to reach their goal, nothing stands in their way – roads, buildings ... even humans, if they stand still long enough.

When: October and November 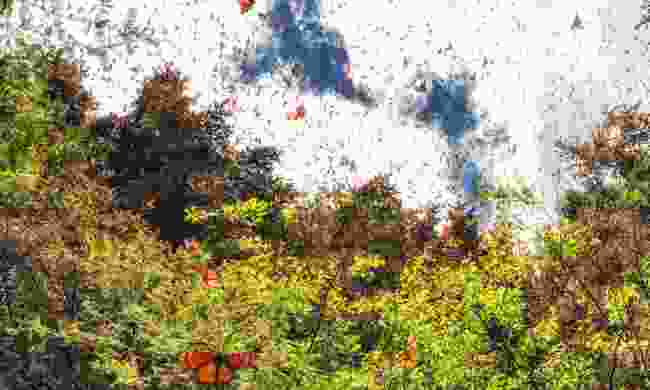 Like many of their human counterparts in Northern America, monarch butterflies like to escape the winter cold by heading south to Mexico. But rather than Cancun or Puerto Vallarta, the orange and black monarchs head to the mountainous regions of Anguangeo and Valle de Bravo. The butterflies flock in such immense numbers – up to 300 million –that the areas have been designated as national butterfly sanctuaries and the branches of the oyamel trees where they congregate often collapse underneath the weight of them.

When: January and February 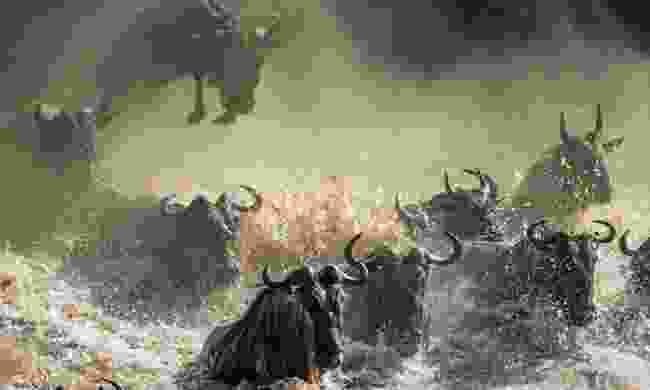 Arguably the most famous wildlife migration on the planet, the Great Migration across the Serengeti and Masai Mara sees over 1.5 million zebra and wildebeest follow the rains north in search of fresh grass and water. The dust they kick up can be seen from space and the gathering at the crossing of Masai River, where hungry crocodiles await, is one of the planet’s great spectacles.

When: August to September 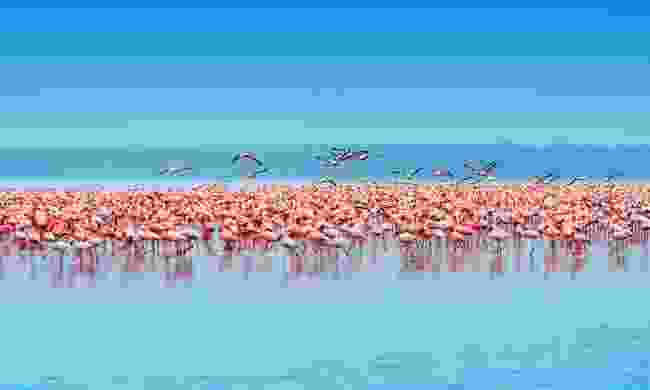 Flamingos spend much of the year moving from one alkaline lake in Africa’s Rift Valley to another, searching for the green algae that fills their stomachs and, intriguingly, gives them their famous coral pink colour. One of their favourite stops is Lake Nakuru in Central Kenya. During the wet spring season, they descend in their honking, gangly-legged thousands, a vast ‘standing’ army of pink as far as the eye can see.

When: April to June 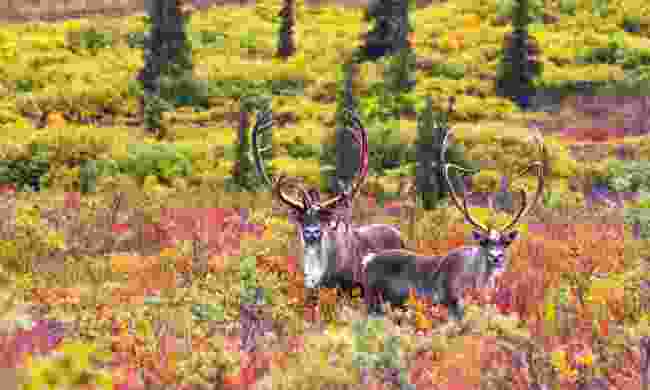 Caribous amongst the wildflowers in Alaska (Dreamstime)

Every summer, over 115,00 caribou gather in the fields beside Kongakut River in Alaska’s Arctic National Wildlife Refuge to give birth and raise their calves before heading south for the winter. Under the gentle rays of the midnight sun, they graze in the shadow of rugged peaks and amongst a riot of wildflowers. The scene is deceptively bucolic – wolves and grizzlies gather here too, in search of easy prey.

When: June and July

6: March of the emperor penguins, Antarctica 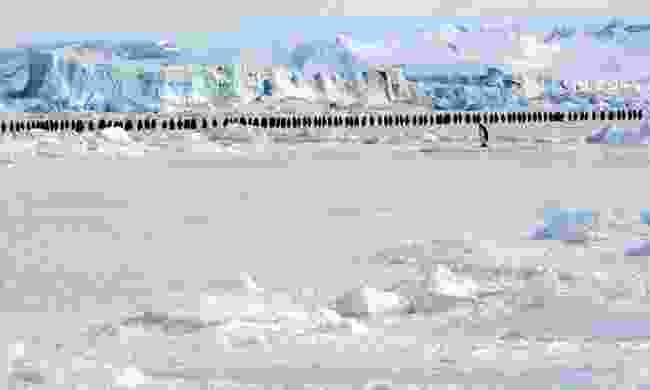 Every summer in Antarctica, intrepid visitors are treated to one of the most surreal sights on the planet – a long, unbroken line of emperor penguins marching relentlessly towards the interior. The penguins, over 200,000 pairs of them, are heading to inland laying grounds, where eggs will be laid and hatched and young chicks raised in the Southern Hemisphere summer.

When: November and December 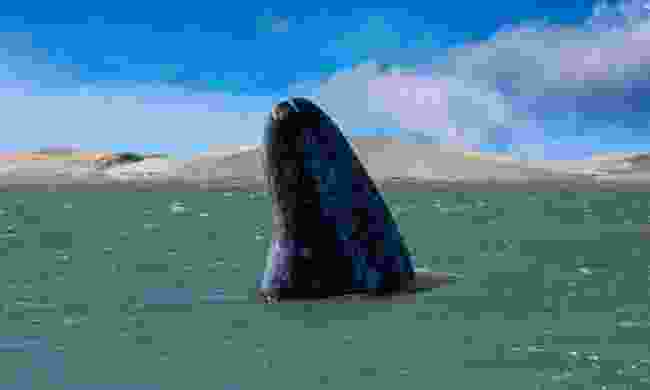 After spending the winter feeding in the Arctic, grey whales travel over 8,000 miles south to spend the spring in Baja’s balmy lagoons. They come to socialise, mate and nurse their calves, without the worry of predatory sharks and orcas. Indeed, the only threat to the tranquility of their spring break is the tourists that descend on Baja to witness this wildlife spectacle. Strict rules means boats must stay at least 30 metres away, but it seems nobody told the inquisitive whales who will often approach vessels, and seem to enjoy the attention. 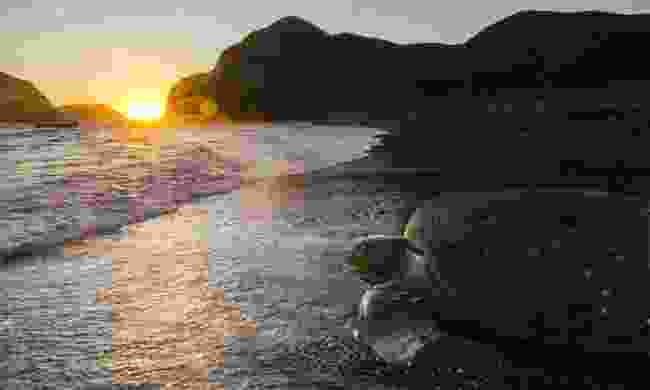 It’s an annual migration ritual that that has long baffled scientists – thousands of endangered green sea turtles returning to the same remote stretch of Costa Rica's northeastern coast where they were born to lay eggs of their own. Each night in summer, turtle after turtle drag themselves onto the beaches of Tortuguero National Park, laboriously dig a nest in the sand, lay their eggs, and then haul themselves, exhausted, back into the sea. 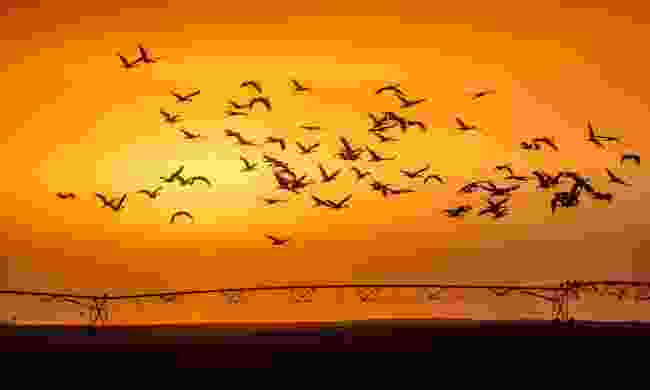 Every spring, 400,000 to 600,000 sandhill cranes (that’s 80% of all the cranes on the planet) congregate along the Platte River in Nebraska, to feast on waste grain in the empty cornfields, before heading north to their Arctic and sub-Arctic nesting grounds. The cranes arrive exhausted and emaciated, in three waves of four to five weeks each, beginning in mid-February and ending in mid-April. The spectacle is usually at its peak in the last week of March,