6 of the world’s most underrated countries for wildlife

While Kenya and Ecuador's Galapagos get the kudos, these lesser known wildlife hotspots also deserve attention for whales, tigers and more... 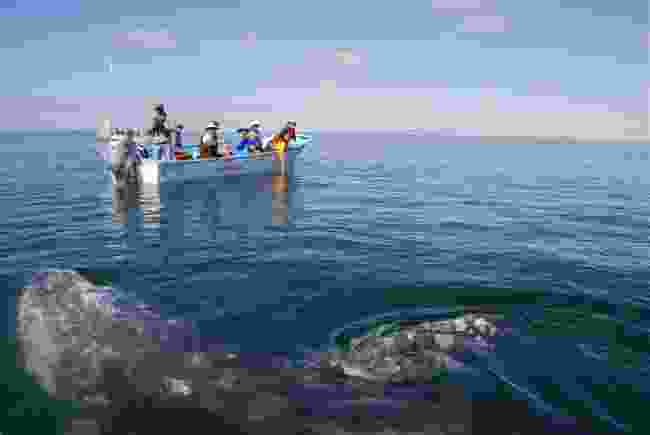 Talk about Mexico and the first things that come to mind are the many beautiful archaeological sites scattered around the country, the lovely colonial towns or the incredible beaches. What most people don't know is that Mexico is a fabulous, yet incredibly under-rated, wildlife destination.

There are various locations around the south of the country where it is possible to see and, even better, hear howler monkeys. Palenque, in the state of Chiapas, is a great location for them; howler monkeys live in the jungle that surrounds the magnificent archaeological site.

Celestun, in the state of Yucatan, is a great spot for bird watching, the area famous for the many pink flamingoes that live there.

During the winter months, Baja California is the place to go to admire several species of whales, including humpbacks, gray whale and minkes. that mate and give birth to babies off the coast. You can also find sea lions and whale sharks in these waters.

Marine life is also thriving in the Riviera Maya: Isla Holbox and Isla Mujeres are great starting points to swim with whale sharks. There’s great scuba diving with a chance to see sharks and turtles around Cozumel island. Akumal beach is another perfect place to admire turtles that feed on grasses off the beach.

Thanks to Claudia Tavani for this recommendation. 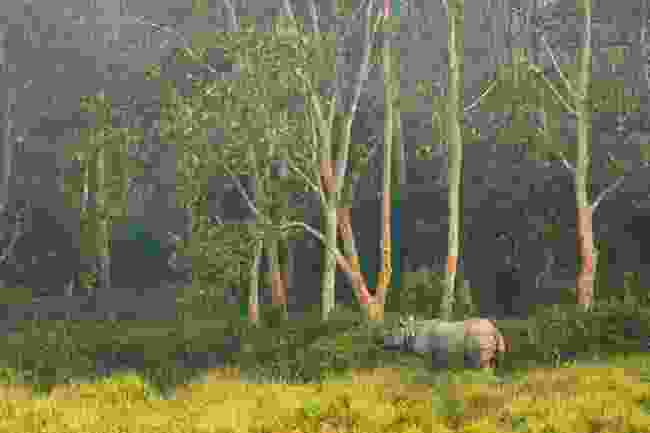 Perhaps because trekking in the Himalayas overshadows it, Nepal’s wildlife viewing is severely under-rated. Luckily, a network of protected areas safeguards its biodiversity.

With an altitude ranging from 2000m to 8000m, Sagarmatha National Park is home to a number of rare mammal species, such as Himalayan black bear, musk deer, snow leopard, red panda, and Himalayan wolves.

Thanks to Kristen Gill for this recommendation. 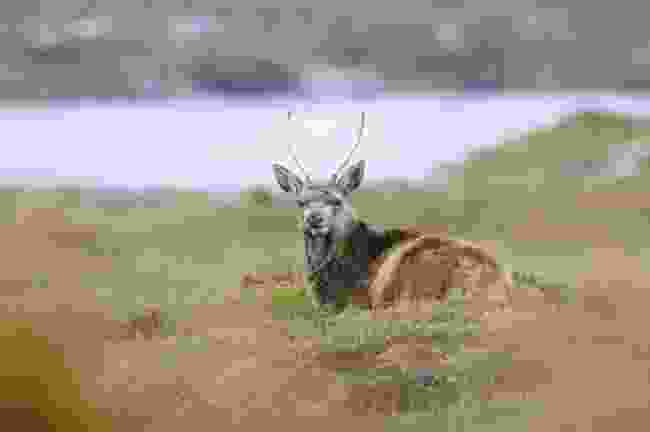 Across the Highlands, coastal islands and Southern Uplands of Scotland, a wealth of wild encounters are available year round. North-east of Inverness, you’ll find the region of Wester Ross, an area of outstanding natural beauty and a haven for twitchers. Its varied landscapes of glistening lochs and picturesque glens are home to the rare black-throated diver bird, the golden eagle, and the elusive Scottish Crossbill.

In contrast, a trip to the Isle of Mull offers sightings of minke whales, basking sharks, and dolphins. The Hebridean islands, in particular, have abundant marine life and bird life.

Scotland is a treasure trove of opportunities for wildlife lovers, home to everything from red deer to the rare red squirrel.

Thanks to Charli Moore for this recommendation. 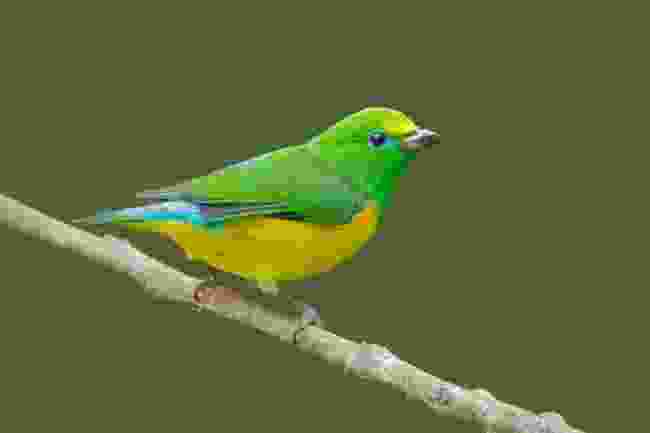 With almost 1,900 species of birds, Colombia really surprised us as a wildlife destination. No matter where we were in the country, we saw birds at every turn, whether in rural or urban settings.

In an odd twist, the civil war that lasted over 50 years actually helped conservation efforts in some areas as large parts of the country were considered dangerous and off-limits to people. This allowed the wildlife to flourish without human intervention. You can see this especially with Caño Cristales, a river in the eastern part of the country that flowers with colorful algae from July to November. The area had hardly had any outside influence for half a century and the size and varieties of fish from the river amaze even the most experienced of fishermen.

Amacayacu National Natural Park in the southern part of Colombia in its Amazon region is pretty fabulous for birdwatching. There are 468 bird species in the park, as well as river dolphins and lots of other wildlife. The best time to go is July to September, during the dry season.

Colombia also has some pretty interesting mammals, including spectacled bears, anteaters, tapirs, deer, sloths, bit cats, such as jaguars and pumas, and, big rodents, the capybaras, many of them found on Los Llanos.

Thanks to Audrey Scott for this recommendation. 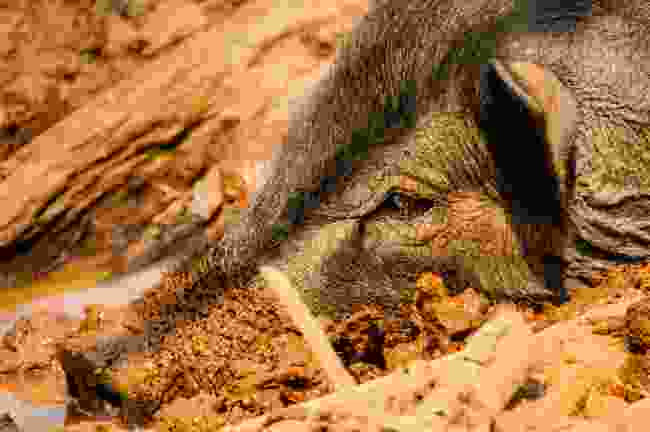 Wild boar in the mud (Dreamstime)

The first country that comes to my mind as underrated for wildlife is Myanmar. It's an amazing place with breathtaking views, great culture, beautiful landscapes and kind people. If you're a fan of wild nature, Myanmar is a good choice.

Can you imagine that you may find more than 1200 species of birds in Myanmar’s forests? That’s crazy. The forests and plants in Myanmar are incredibly varied. You will be amazed by the beauty of the nature.

There is also Mount Popa National Park, which is astonishing. The forests in that area have barking deer, wild pigs, Dusky Leaf Monkeys and more than 100 different species of birds living inside them.

Thanks to Murad Osmann for this recommendation. 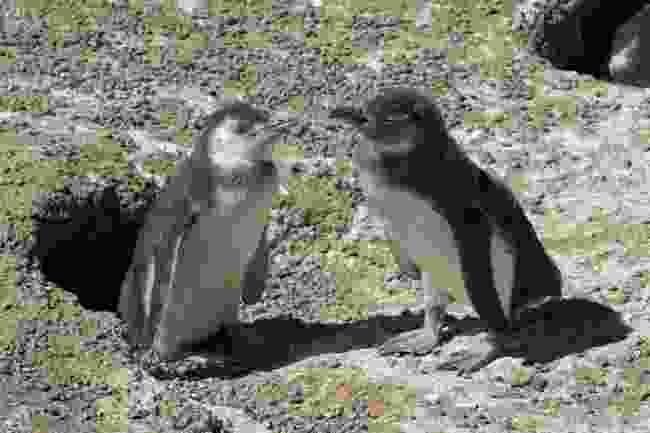 Argentina is one of the most incredible countries we’ve been to for an incredible variety of wildlife, for which it is largely underestimated or little known for. Buenos Aires, Malbec wine, incredible Patagonian scenery and the awesome Iguazu Falls are the main headliners of the country, but alongside this there are so many wildlife safaris and experiences.

Our favourite wildlife experiences in the country were around Puerto Madryn in Chubut, to the south of the country, which includes the Peninsula Valdes. This part of the country is the base from which you can go whale watching, go swimming with sea lions or out to spot orcas.

Our favourite experience of all was visiting Punta Loma to get up close with the super-cute Magellanic penguins.

Thanks to Stefan Arestis for this recommendation.