8 reasons you must visit Ljubljana, Slovenia

Its culture and cuisine are second to none, it’s been named as Europe’s Green Capital, and there are year-round festivities to celebrate – here’s every reason you need to explore Ljubljana...

What do you look for in a city break? How about a compact, easily navigable capital city that shines like a greatest hits of other cities, a pedestrian friendly urban gem that is always a pleasure to stroll around? The Slovenian capital of Ljubljana echoes so many other cities, with chocolate box pretty medieval streets up there with Prague, grand townhouses that would charm the Viennese, remarkable Italianate churches and some of the finest art nouveau you will set eyes on anywhere.

The spectacular international influences may abound in the architecture and deliciously in the remarkable local cuisine, but Ljubljana is also brilliantly, defiantly, itself, a modern hub where the local farmers’ market stocks vegetables grown just a stroll away by old ladies in their allotments. This charmer on the banks of the willow-strewn Ljubljanica River is a clean, green oasis whose large student population gives it a buzz and spirit few other cities can match. If you want to explore a beguiling urban space that retains an authentic sense of itself Ljubljana is for you. 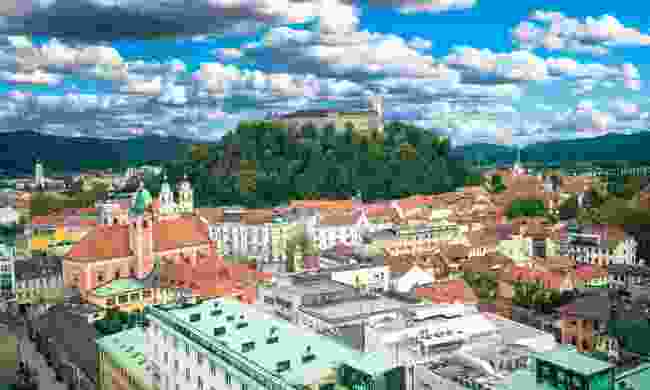 It really is. The first thing you see as you approach is the sort of dreamy castle you used to read about as a kid. The funicular ride up is all part of the fun, as are the sweeping views of the surrounding mountains. Back on street level you ease along the cobbles half expecting to see people in medieval garb as it really feels like time has been turned seriously back. In Ljubljana the fairytale always has a happy ending with a romantic stroll along the river.

2: It was named Europe's Green Capital 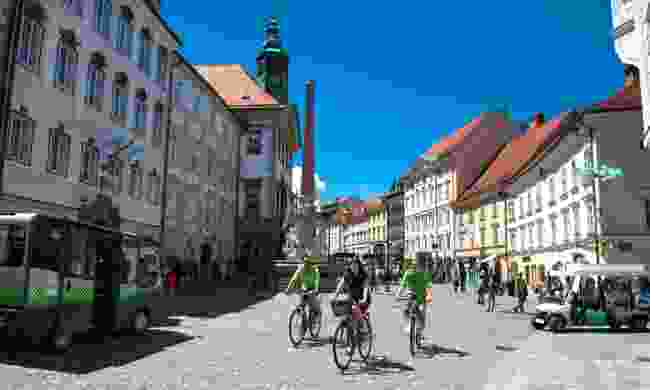 Cycle around the city (Slovenian Tourist Board)

As the author of a guidebook to Ljubljana and countless articles I’ve been visiting the city annually since 1992 so it was no surprise to me when it was named European Green Capital of 2016. Green living has always been important here and I’ve watched over the years as mayor Zoran Janković has painstakingly untangled the traffic problems that blight most cities and made the core almost entirely pedestrian. New bridges have been crafted, urban spaces spiced up with public art and real thought has gone into how people use and enjoy the city. Ljubljana sports two glorious green lungs too in Tivoli Park and Rožnik Hill.

3: Prague is rated as the New Ljubljana 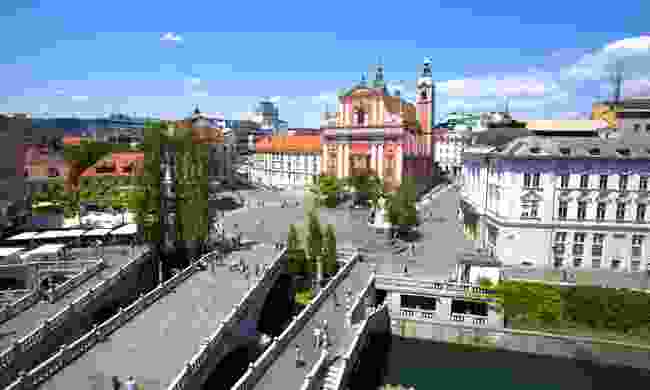 Well, sort of. Travel pundits often proclaim cities the ‘New Prague’. Well mercurial, visionary local architect and urban planner Jože Plečnik hailed from Slovenia and went on to create some seminal work in Prague so it should really be Prague, the New Ljubljana. His best work, though, was in Slovenia.

Few cities bear the glorious imprint of one man as much as Ljubljana. Essential works to check out include the city’s landmark Triple Bridge, the monastery complex of Križanke and Žale Cemetery. His influence is everywhere on the riverside he revolutionised and his style lives on in today’s architects too. His most striking work is the National and University Library, a totally unique creation you cannot fail to be struck by.

4: It's home to world-class cuisine 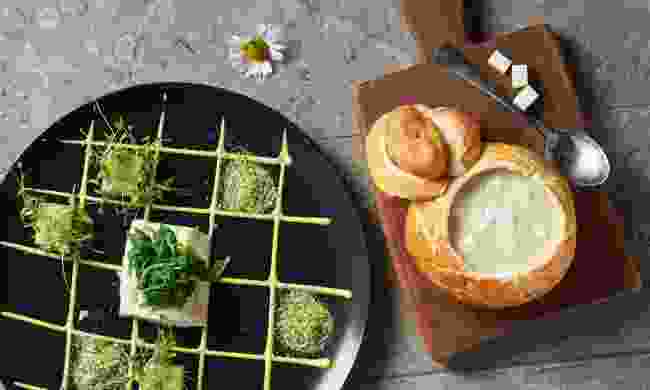 Feast on a selection of food (Slovenian Tourist Board)

Ljubljana offers remarkable cuisine, at the heart of which is superb fresh local produce and underpinning it are eclectic dishes with influence from across Slovenia and also neighbouring countries such as Austria, Italy and Hungary. The country’s wine is stellar these days too and the city also boasts its own large brewery (Union) as well as craft breweries. Italians come here on foodie trips, which says it all.

Ljubljana is awash with excellent - and excellent value - restaurants. I’m a big fan of the long-standing fine dining temple of JB and Restaurant Strelec, where you can dine high up on the ramparts of Ljubljana Castle. Gostilna Na Gradu is also tucked up at the castle, offering authentic Slovenian dishes of yore.

One brilliant Ljubljana creation is Open Kitchen on Fridays from mid-March through October, which sees the city’s Central Market burst alive with food stalls from all over the country. This being Ljubljana there is live music and entertainment as the ideal backdrop to this top-notch foodie experience.

5: It's a capital full of culture 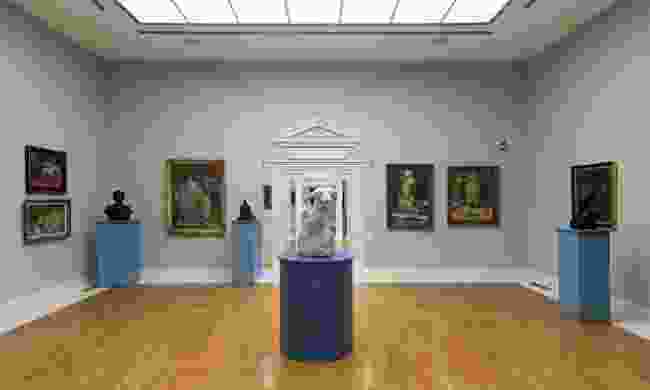 Ljubljana is a deeply cultural city where history is revered and art hailed. The grand National Gallery and the Museum of Modern Art are essential stops on any visit. I also thoroughly recommend delving into the City Museum where you can come face to face with the remnants of the city’s Roman past as the city of Emona.

As night falls it is time to drift off to the Opera House or Philharmonic Hall for a performance by internationally famous acts or a celebrated Slovenian performer. Just walking around in Ljubljana is a cultural experience, as young musicians perform in the streets and you’ll often hear the strings of a violin drifting through an open window right in the city centre.

6: There are festivities all year round 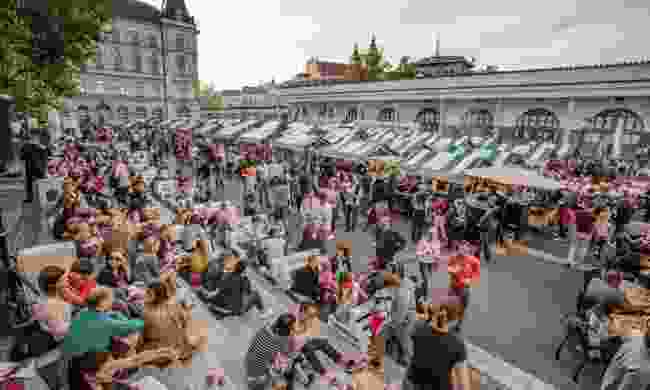 The Slovenian capital is at the heart of the country’s events and festivals scene. A range of eclectic extravaganzas ripple through the year from film festivals through to the famed Christmas Markets. The highlight of the cultural calendar for me remains the Ljubljana Festival, which showcases what the city offers. Held since 1953 it has a real heritage and global standing, attracting big names from all over the world. Every summer the myriad performances grace Congress Square and the lavish Križanke, Plečnik’s remarkably re-created former monastery.

7: There's plenty to shop around 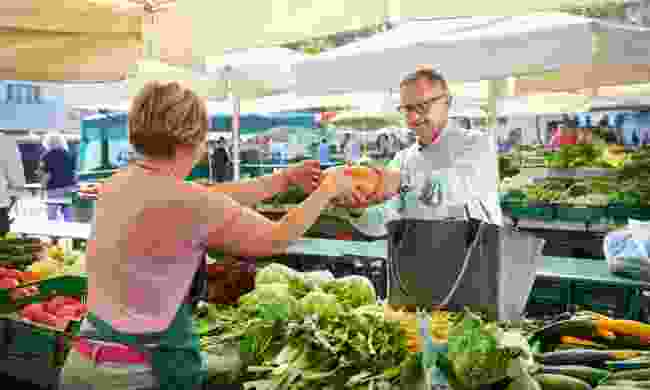 Couples craving authentic shopping experiences will be in heaven in Ljubljana. If you prefer wee boutiques and independent stores then you can lose a morning or afternoon drifting through the romantic streets of the old town browsing through the eye-catching displays.

One shop is dedicated to fine chocolate, the next to lace from the town of Idrija, then another to the renowned sea salt from the south of Slovenia. The Central Market then awaits overflowing with fruit, vegetables and souvenirs, a defiant stand against the world of supermarket hegemony. At the other end of the scale is Ljubljana’s ultra modern shopping hub, BTC City, one of the largest shopping complexes in Europe with every brand name you could crave, a cinema and even a water park.

8: It's easy to take a day trip out of the city 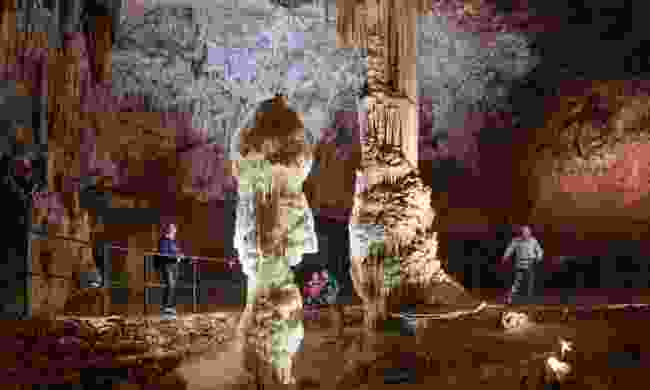 A rich necklace of day trips tempt within easy reach. The most famous is Lake Bled, for me the finest Alpine lake there is, whose waters are overlooked by a wee island church and a fairytale castle. I recommend strolling right around taking in its bucolic beauty or heading out on one of the traditional Pletna boasts. Head south and you can take a train deep inside the massive Postojna Cave complex, or explore the more rugged UNESCO World Heritage listed Škocjan Caves. If it’s wine you are after the Tuscan-esque hills of Goriška Brda beckon.