Your full travel guide to Trinidad and Tobago

Trinidad and Tobago is a dual island Caribbean country off South America with two very distinct identities. Bustling Trinidad is the business hub with an eclectic heritage (its people hail from African, Indian, Chinese, Arabic and European descent), a legendary carnival and a work hard, play hard philosophy. Laid back Tobago’s raison d’être is the pursuit of pleasure – if archetypal Caribbean beaches are what you’re after, this is the place to be.

Unlike heterogeneous Trinidad, its residents are mainly of African descent and the restaurant and club scene is a little less varied for it. Western Tobago is clogged up with resorts and but you can still find a slice of solitude outside the developed areas. While each island retains its own flavour, both offer the Caribbean trademarks – fields of sugar cane, waterfall hikes, rum cocktails, music and incredible beaches.

Be firm in order to quash the advances of overzealous suitors and souvenir sellers.

When to go to Trinidad and Tobago

The islands are hot and humid all year round with an average temperature of about 27ºC. The rainy season runs from June - November. Dry season (December - May) coincides with peak tourist season. Most tourists descend between January and March, when hotels get booked up quickly and prices soar.

The in-between seasons are a good time to visit if you want crowd free beaches and rock bottom prices although there’s a chance that rain could hamper your stay. The carnival is held in late February or early March every year.

Getting around in Trinidad and Tobago

Buses run to all the major destinations. Government buses are the shoestring option. Private minibuses are crowded and noisy. Ordinary taxis or share taxis (private cars that drive fixed routes) are quicker and comfier but more costly. You can fly between islands or use the daily ferry service that connects Port of Spain with Scarborough. Car hire is a good option although a four-wheel-drive may be necessary to tackle muddy tracks.

In Trinidad most hotels are in Port of Spain but you can also find accommodation in the mountains and lining the coast. There are plush hotels tucked into the hills and cheap bed and breakfasts but hardly any beach resorts (the next best thing is to rent a beachside villa from the locals).

Tobago, on the other hand, is bursting at the seams with beach resorts especially in the developed west. You can also find traditional West Indian guest houses, villas for hire and again, inexpensive bed and breakfasts. Trinidad has a stable pricing system but prices in Tobago fluctuate depending on whether it’s high or low season.

Seafood is abundant in various guises such as curried crab served with dumplings. Pepper sauces make most dishes flaming hot. There is an endless supply of things to eat on the hoof. Snacks include roti (bread stuffed with lentils, shrimp, curry chicken and other random fillings), doubles (folded bread with split peas) and pastel (raisons, peppers and beef wrapped up in a dasheen leaf). Barbecued chicken is popular as is the side dish callaloo containing a mix of dasheen leaves, crab, coconut milk, thyme and more.

Desserts are seriously sweet. Pamie is a popular (sweet coconut inside a pattie or banana leaf). Trinidad has a wide range of restaurants serving Creole, Chinese, Indian, Italian, Arabic and Thai food. Tobago doesn’t have as much diversity but has some great al fresco joints where you can dine on lobster under the stars. Drinks include rum (obviously), beer, wine, spirits, fruit juice, cold soft jelly coconut water and mauby, a bitter beverage made with mauby tree bark, anise and cinnamon.

Health & safety in Trinidad and Tobago

Take precautions to avoid being the victim of theft and violent crime such as shootings and kidnappings, particularly in Port of Spain and Tobago where law enforcement is lax to say the least. The hurricane season normally runs from June to November and earthquakes are also a potential threat. Guard against dengue fever, no-see-ums (flesh eating fleas), mosquito bites and HIV/AIDS, which is on the rise. 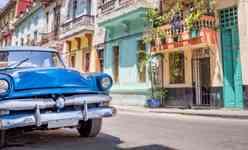 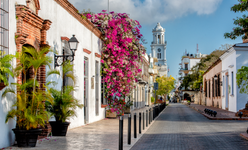 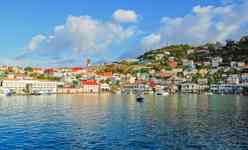