It may have some of the most beautiful beaches in the world, but Barbados is also the perfect location for snorkelling, hiking and watching cricket

For many, this tiny Caribbean island conjures up the image of lazy afternoons, relaxing with a cocktail in the comfort of a resort. But for those who dare venture off-track an island scattered with historic sites, dramatic scenery and exhilarating activities awaits.

Most travellers will head to the west coast – the place to see and be seen – if they are wealthy and the south coast if they are on a budget break. But it is the north and east coasts and inland that make Barbados an intriguing and unique destination.

Great hiking terrain can be found in the north, from the unspoilt Stroud Point to North Point – a dramatic coastline of cliff formations and caves that are perfect for a well-deserved picnic.

The pace of life drops considerably along the east coast where surfing, hiking, horseriding and cycling tempt visitors back time and time again to its virtually uninhabited shores.

Inland you can explore fields of sugar cane, where Barbados’ rich soil has produced sugar for more than 360 years. In some ways, the landscape reflects plantation life from grand agricultural estates to signal stations.

Bridgetown is the capital and commercial heart of the island, and well worth a visit. The Careenage, where ships used to dock, is the focal point of the city and most of the older buildings are clustered around the waterway. For a local feel stroll down Swan Street where the Barbadians do their shopping.

North of the city you’ll find the Deep Water Harbour, where massive cruise ships dock and the nearby Kensington Oval – one of the most famous cricket grounds in the Caribbean. South of the city is Carlisle Bay, a natural harbour and great location for wreck-diving.

Here you will also find the Garrison Savannah and the Barbados Museum, Barbados Gallery of Art, the National Cannon Collection and George Washington House.

The Crop Over summer festival is Barbados’ most popular and colourful traditional harvest festival and party-goers come from near and far to sing, dance and indulge in the local food and drink. If you're planning to travel between July and August be sure to book your accommodation well in advance.

Barbados may be considered a sunbather's heaven but swimsuits should only be worn on the beach – it is considered disrespectful to wear them around shops or in town.

A 10-15% tip is customary in restaurants, but be sure to make sure it hasn’t already been included in your bill. Taxi drivers also customarily receive a 10% tip and extra $2 BBD for any luggage they may handle.

"Barbados is famous for gorgeous beaches, hiking and diving adventures but it is also rich in cultural history. St Nicholas Abbey, Sunbury Plantation House, and Arlington House Museum are the lesser-known portals into Barbados' fascinating past – make enough time for them all." 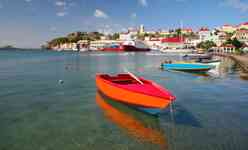 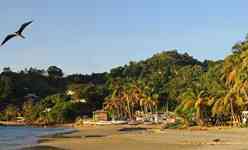