Don’t blink! The world’s 5 most vulnerable places and how to save them

Whether by human hands or by nature, some of the most important places on the planet are disappearing fast. Author Travis Elborough reveals the most vulnerable and what we can do to save them... 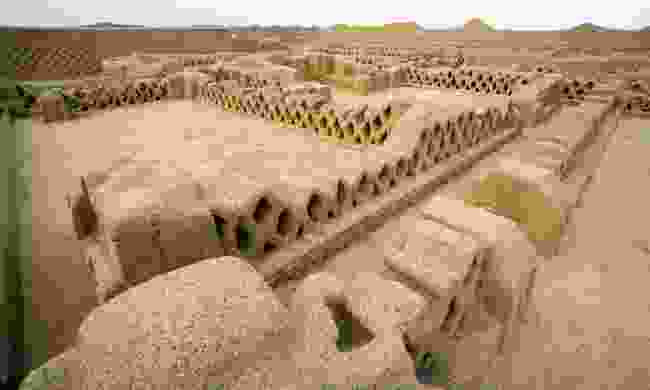 Chan Chan, the capital of the ancient Chimú civilisation, was the largest city in the Americas before the arrival of Europeans, and the greatest ever fashioned entirely in adobe.

A grand earthen metropolis nearly 20 sq km in size, it was kept irrigated by a highly advanced system of channels, canals and wells – so highly advanced, in fact, that the Chimú have been hailed as ‘the first true engineering society in the New World’.

Advanced engineering, however, proved no protection from the advance of the insurgent Incas who overran north Peru, around 1470. Chan Chan was looted and partially destroyed, its remaining treasures were then spirited away by Spanish conquistadors in the 1530s, and the city was left to the mercy of the elements.

Placed on UNESCO’s list of World Heritage in Danger in 1986 - and despite much valiant and ongoing conservation work to preserve the site since then - Chan Chan continues to deteriorate.

The rate of decay has, depressingly, only worsened in recent years. Rising rainfall and the increasingly common El Niño storms – which only occurred every 20 to 50 years when Chan Chan was young, but now rage across Peru with alarming frequency – are slowly but surely washing the city away. Glacier National Park is a protected area of more than 1 million acres in the northwestern part of Montana. Lying in a narrow valley, nestled in the Rocky Mountains, and crested with ice, it offers scenes of extraordinarily rugged natural beauty.

But since the 1980s, studies by the US Geological Survey have identified what they term ‘a continuous pattern of retreat’ among the glaciers that define the park.

The causes are easy to identify but almost impossible to halt. Montana is warming at nearly twice the global average. Warmer winters mean that the Rockies today receive more rain than glacier-forming snow. Even when it does snow, that snow and ice is melting faster with more clement spring weather arriving earlier and earlier.

Unless the current conditions change, it is predicted that all of Glacier National Park’s glaciers could be gone by 2030. With them would go what was once championed as ‘the best care-killing scenery on the continent’. 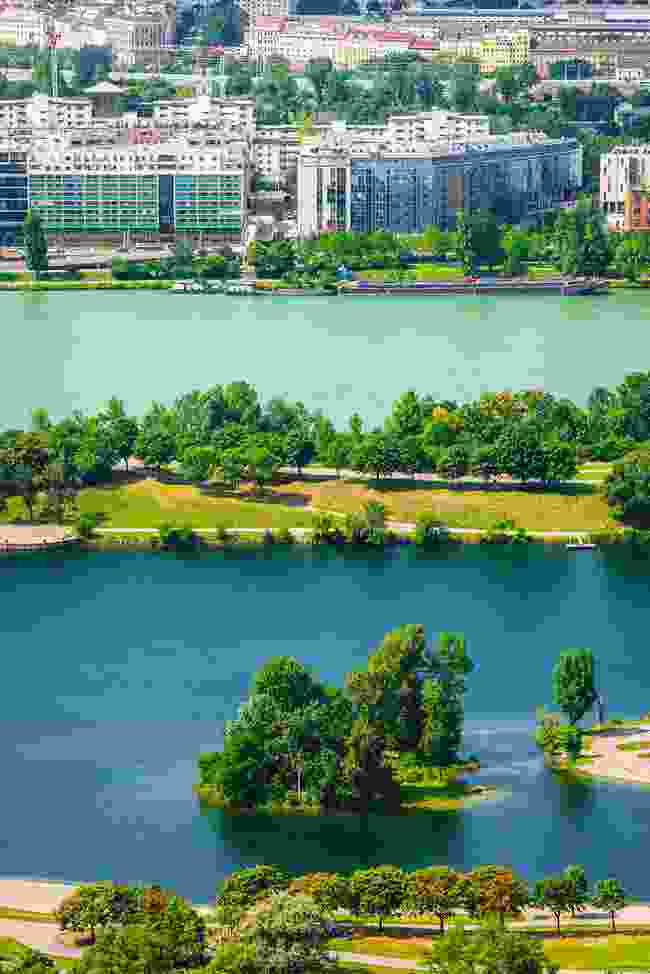 The Danube stretches from its source in the Black Forest in southern Germany to Sulina, the easternmost point of Romania, where the land promptly gives way to sand and the lapping waves of the Black Sea.

Unique among the major European rivers for travelling west to east rather than north to south, its 1,777-mile (2,850km) course currently crosses ten countries.

Serving for centuries as a bridge between Europe and Asia, the Danube has acted as a backdrop to global events since classical times.

Yet the Danube we have now has lost some 80% of its original flood plain, and only 30% of the river is free-flowing.

Though once again navigable along its whole length, fears remain, however, about the risk to its ecological health from the detritus of the heavy industries promoted at its eastern end during Soviet times.

As the poet Heinrich Heine once admonished a young Karl Marx to remember, ‘the difference between water and a river is that the latter has a memory, a past, a history’.

If the Danube has that in spades, it is up to us to ensure it also has a healthy future, too. 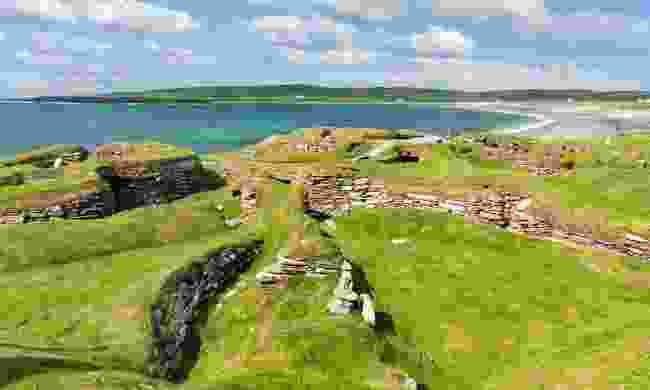 The Orkney Islands, home to the magnificent ruins of the Neolithic settlement of Skara Brae, are situated to the far northern tip of Scotland and on a latitude that is only 50 miles (80km) south of Greenland.

Buried for centuries, the remains of this ancient village, seemingly abandoned some time in 2000 BC, resurfaced in 1850. It was then that tremendous storms struck. Gale force winds and raging waves from the Atlantic carried away great chunks of sand and turf from the western shoreline of Mainland, the largest Orkney island.

What was revealed of Skara Brae, following further excavations post-storm, was a cluster of prehistoric circular dry stone wall dwellings, all kitted out with astonishing, and remarkably well-preserved, interior furnishings – beds, chairs, shelves and a hearth – and a plethora of tools, pottery, beads and pendants. All fashioned, like the buildings themselves, entirely in stone.

Nevertheless, the weather still poses a threat. Climate change could now potentially wipe it away, just as swiftly as the winds that unearthed it all those years ago. 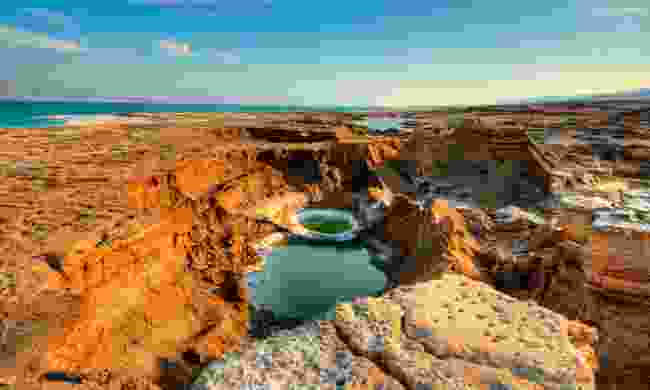 The Dead Sea (Atlas of Vanishing Places by Travis Elborough)

In Arabic, it is known as Bahr el-Lut, the Sea of Lot. In Hebrew and to the Jewish community, it remains Yam Ha Melah, the Salt Sea, a name that it has borne since the biblical era and that first appears in the Book of Genesis.

Many know it as the Dead Sea, its waters seven times saltier than other oceans. Sadly, it has started to look in serious danger of living up to its most familiar name.

Since the 1960s and 1970s, when Israel, Jordan and Syria began diverting water from the Upper Jordan and Yarmouk Rivers, to feed the demand for water for agriculture and in their expanding towns and cities, the Dead Sea has declined and quite alarmingly so. Once 50 miles (80km) long, it currently stretches for barely 30 miles (48km) and its water levels are falling at a rate of one metre (or three feet) per year.

What is at risk is not just a unique natural phenomenon that has defined an entire area for more than two millennia – a place that abounds with sites sacred to Jews, Christians and Muslims – but the whole of the surrounding ecosystem.

Only drastic action to replenish its waters will, in the end, avert something close to a catastrophe in the coming decades. 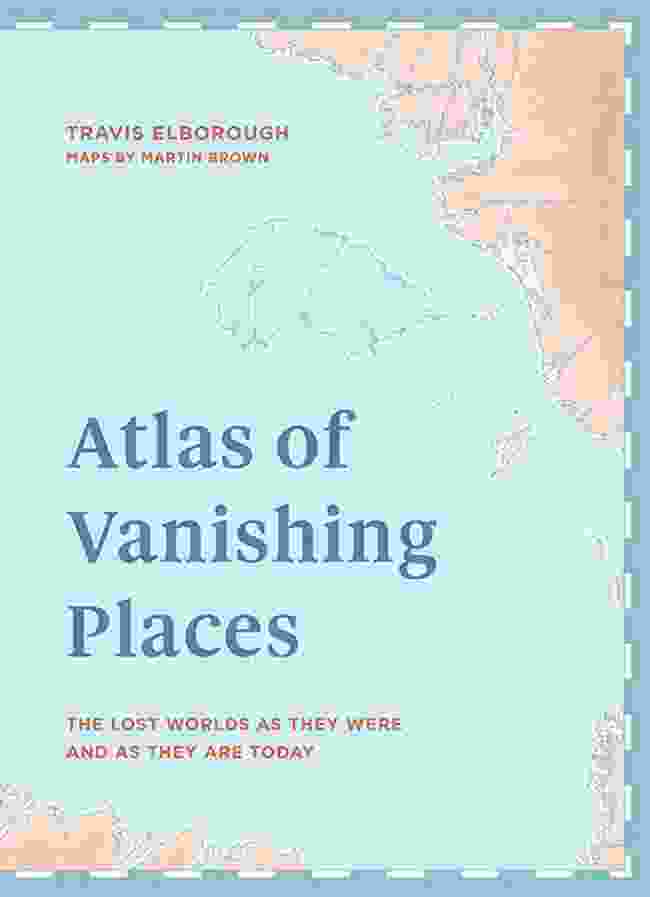 Travis Elborough is an author and social commentator, described by The Guardian as ‘one of Britain's finest pop cultural historians’.

Atlas of Vanishing Places is published by White Lion Publishing and can be ordered from Amazon now.

The world’s most endangered languages and where to hear them