With a vaccine not forthcoming anytime soon, the future of travel will be different, as social distancing remains essential. What will travel be like in the short to medium-term? Lyn Hughes investigates...

Will we still be flying? 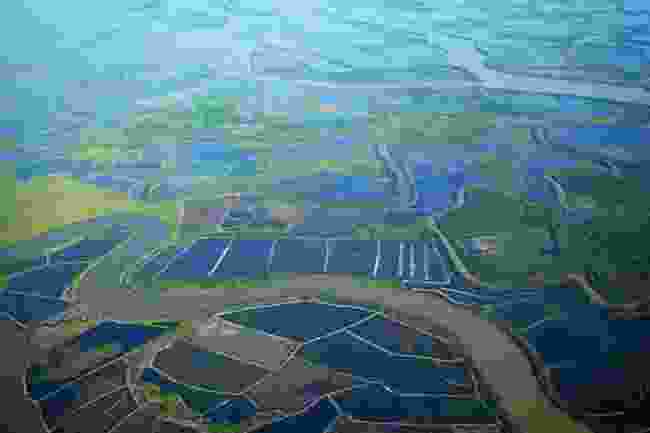 Will we be able to fly? (Shutterstock)

Airlines around the world have been particularly badly hit by the situation. British Airways and Virgin have announced redundancies and that they are pulling out of London Gatwick. As flying resumes they will have to bring planes out of furlough and there will be a focus on the most popular and profitable routes first.

To enable social distancing, there was talk of taking out seats, for instance the middle seat in a row of three. However, many airlines say they would have to put prices up too much to cover costs and so have no intention of implementing this policy. As flights resume we have seen a mixture of responses.

The focus instead is on hygiene with cleaner planes and new stricter protocols. Boarding practises will probably be modified and passengers may well be expected to wear face masks. Queues for the toilets will be discouraged or possibly banned. Seatback pockets will probably be empty – will this be the end of inflight magazines? Some airlines insist on face coverings being worn.

It is anticipated that the cost of flying will increase, at least in the short to medium term.

Before the pandemic there was already a move to flying less as travellers became increasingly aware of their carbon footprint. Will the combination of environmental awareness and virus concerns mean that we will fly less often? 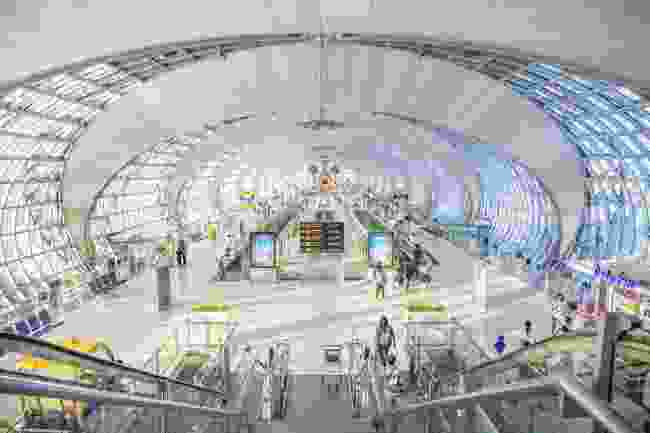 A trip through the airport will certainly be different (Shutterstock)

Of course, before we even get onto a plane we need to navigate the airport. There is no consensus yet on health screening but airports are introducing meaures, from checking temperatures (potentially without passengers even realising as they walk through thermal tunnels) to disinfection cubicles. Self check-in will be demanded more than ever, and contactless security screening.

Then at the other end, we may be screened again; a lot of airports already check people’s temperature on arrival. Various certification schemes are being looked at. Once there's a vaccine, there’s a strong probability that we’ll need a valid certificate in the same way a yellow fever certificate is needed by some countries. Border controls will be as contactless as possible. 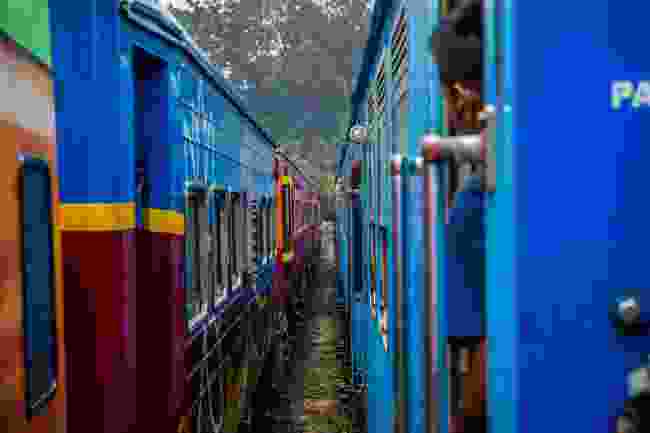 Rail travel is expected to bounce back but with face masks a common sight or even mandatory. We’ll all be avoiding rush hours when we can. Amtrak in the US have said that they will run at 50% capacity to ensure social distancing, and that face coverings will be mandatory for now.

Cycling has increased in popularity around the globe, and it is anticipated that there will be a growth in travelling by bike in major cities, with authorities encouraging it. Many cities have introduced new cycle lanes on roads.

Road trips and car hire are expected to rise, as travelling in a clean car is lower risk than public transport. And will this mean that campervans, motorhomes and caravans are even more popular than ever? They also have the advantage of providing clean and controllable sleeping arrangements, too. What's not to like?

What are hotels doing? 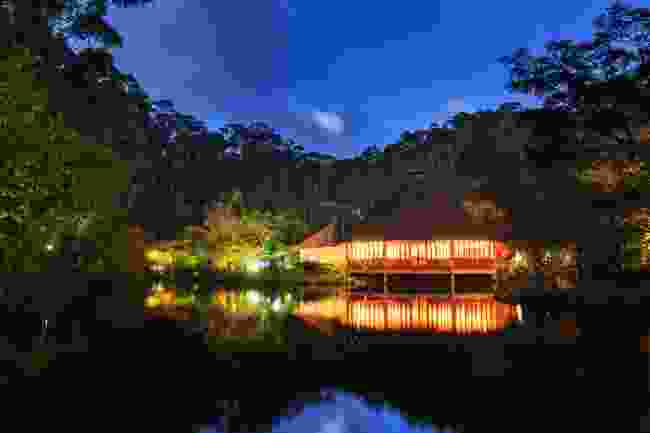 A remote lodge, all to yourself? Not so bad (Shutterstock)

There is currently a focus on deep cleaning properties. Electro-static sprayers are in demand and new protocols are being introduced for staff. Self or contactless check-in will become the norm, and staff will do what they can to distance themselves from clients.

Small is beautiful: boutique hotels, lodges and guesthouses are reporting an uplift in enquiries for sole use of a property, whether by families, groups of friends, or travel companies. Airbnb and other rental companies are expected to see an uplift too, although renters may well want assurances on the cleanliness of the property. Camping, caravans and campervans are expected to boom with many campsites already getting bookings.

Is this the death of the buffet? 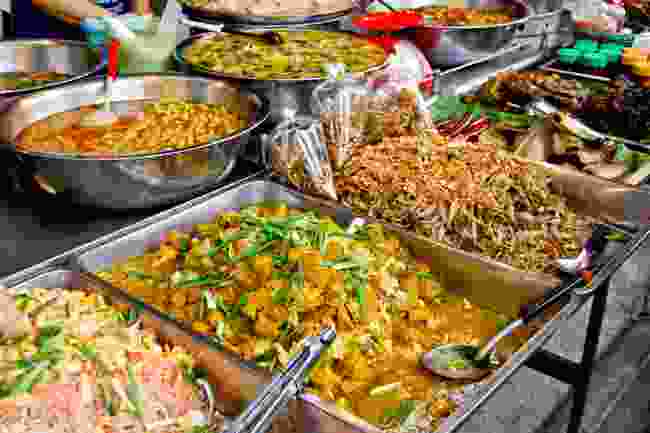 No more buffets? Say it ain't so... or not so bad? (Shutterstock)

With concern over ensuring the hygiene of buffets, it is unlikely that these will have the popularity they had, at least in the short term. One could argue that this is no bad thing; tempting as they often are, they are inevitably a higher risk health-wise. Where they are still available, the current recommendation is that food is safely behind screens, and that staff fill the plates. Time slots to keep queues to a minimum are also recommended.

Social distancing measures will certainly have a major impact on restaurants, bars and pubs. Solutions include fewer tables and food being ordered from the table - or even pre ordered - rather than at a counter. One Dutch restaurant thinks 'quarantine greenhouses' are the future of dining.

What types of trips will we be doing? 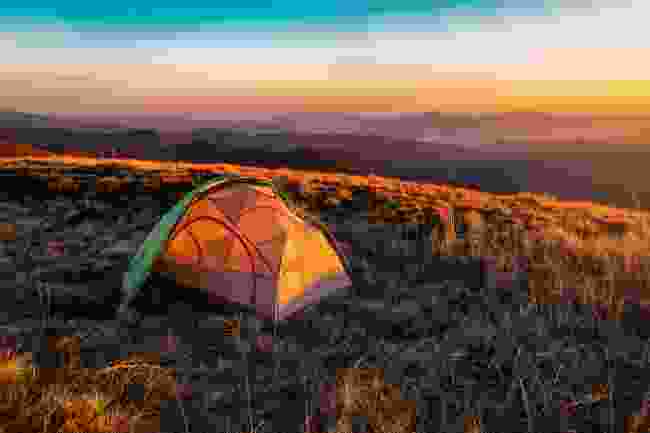 Soon, it'll be time to enjoy the great outdoors (Shutterstock)

If you’re anything like the Wanderlust team you’re gasping for fresh air, big open spaces and somewhere beautiful to stretch your legs. Walking, cycling and outdoor trips generally are expected to boom.

But we’re also craving bustling cafés and encounters with strangers, so it'll be about finding safe ways to do that. Museums and other popular sites are looking at restricting numbers, bringing in e-tickets and pre-booked entry, and offering exclusive out of hours experiences.

The good news is that the hiatus in travel has given the best travel companies time to devise innovative new itineraries. And this could also be the end of the curse of overtourism - at least for now. We may find ourselves travelling less, but having an even richer and more life-enhancing experience when we do travel.

More on the coronavirus pandemic:

Travelling to Iceland during Covid: What it's really like

Should we fly less post-coronavirus?

How to prepare for post-coronavirus travels