With big, open roads and diverse landscapes, the United States is the spiritual home of the road trip. We asked singer Tori Amos to pick her five favourite routes, ahead of her UK tour...

I love a road trip. Part of it, for me, is just the journey: getting into the car and driving, listening to local radio, whatever it is, as you make your way.

It’s an interesting time to travel through the United States. It’s probably wise not to talk politics if you’re travelling and you don’t really know the area. It’s always worth looking at people’s bumper stickers on their cars. That tends to tell you where people stand.

But Americans pretty much adore the Brits and, I don’t mean to be clichéd, but they love an accent, so you’re definitely safe to travel in the US, especially if you’re going to the National Parks. We really love and value our National Parks and we love tourists. 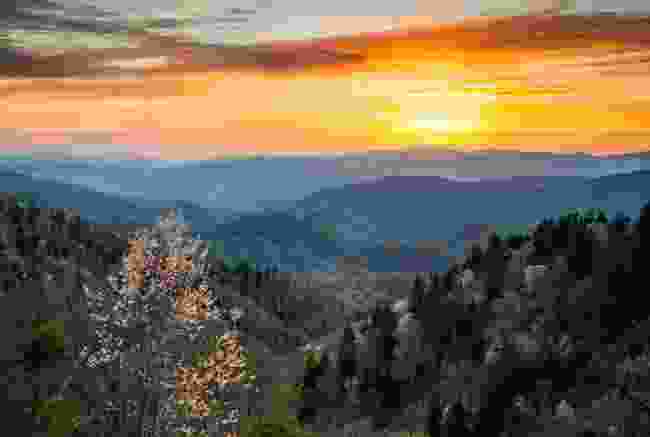 It’s gorgeous going down the Blue Ridge Parkway to Virginia. Doing the Parkway parkway definitely makes the longer, but it’s so beautiful and you avoid the freeways. Then we got into North Carolina, and explored all around that area. We had a Carolina/Tennessee map. Probably, we went everywhere we could.

I really recommend that people go to the Cherokee Nation and explore that area. They have all the basket-weavers and they show you how they make their crafts now and how they made them in the past. I love that kind of thing.

My mother’s parents’ ancestors are from that area, from the mountains of Tennessee, and the stories that I grew up with from my grandfather, my mother’s father, were very much about what he remembered growing up in that area. He was part-European and he had Native American ancestors who were from the eastern Cherokee Nation. I hadn’t spent a lot of time there, so I was just ‘called’ to go. It was really about convening with the stones, the streams, the waterfalls, the rivers and the mountains and so. It was really more about that, and trying the local cuisine. It wasn’t about a fancy hotel or resort holiday.

The mountains have a wonderful atmosphere. We did a bit of off-roading, not intentionally, but we got very very lost over the mountain passes and there were no rails along the sides. As we were going up the mountains, there’s only one lane. We were pretty much praying no one was going to meet us as they were coming down. We got to the top of the ridge and it seemed like all there was were mountains. You couldn’t see anything else: no houses, no people, no cars. It felt like we were in the Great Smoky wilderness. 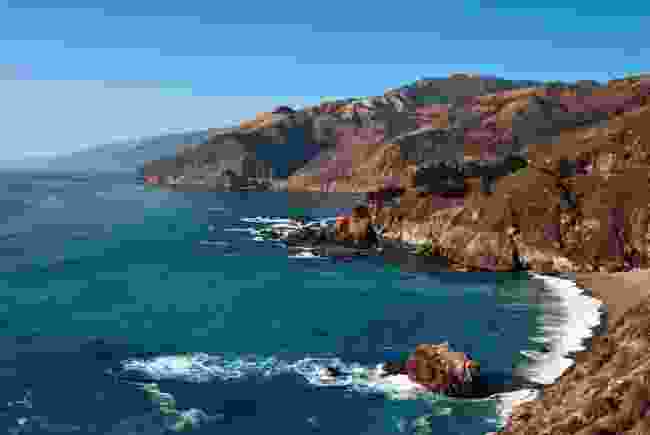 I love the drive on Route 1 from LA to San Francisco. People would need to check into this, though, because there were some mudslides recently around where Route One. But when it is sorted out, it’s just an amazing drive.

You’ve got the Big Sur area, which is incredibly beautiful. I stayed at Deetjens’ Inn, which is a magical place. I know the Beat writers spent time in Big Sur, but I don’t know much about that, if I’m honest. I’m just drawn to it because people said “Hey, let’s drive Route One, as it’s amazing.”

I really love the drive up. If you’re going to drive one way, the drive up the coast is the way that spoke to me. It was in the autumn when I drove it, and as you go from LA to San Francisco, it was a bit cooler. You drive out of Deetjens’ Inn and Big Sur through those big magnificent trees, and you get into Carmel, which is a great town. I started to smell the fires people were having, because it’s chillier there than LA. There’s just something magical and romantic about it.

3. Travelling through the south-west’s desert states 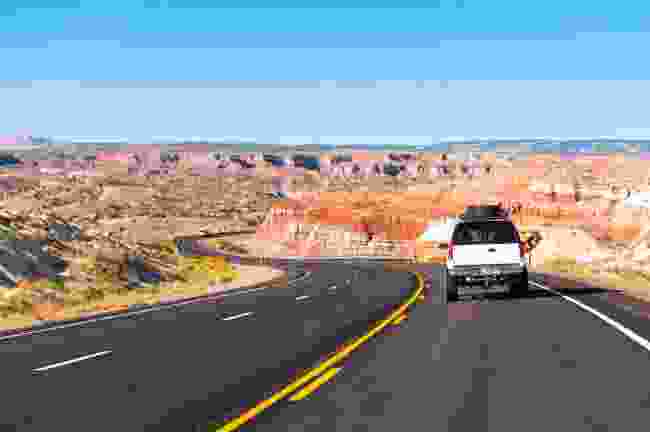 The drive in Arizona, through the south-west, is gorgeous. You can go from Scottsdale through the north of Arizona and into New Mexico. I really love that area.

You’ll see canyons. You’re in the desert. It’s hot - I mean, unbelievably hot - in the summer months. Maybe think about not driving there in June, July and August preferably. It can get up to 120 degrees. But it’s a gorgeous part of the country and you can take the road all the way up New Mexico to Santa Fe and the Rio Grande and up into Taos.

Of course, the landscape changes. You go through desert and past the canyons, and you pass the Grand Canyon on the way, and then you go up into the mountains. Taos is in the mountains. It’s a trip of a few days if you do it right, or you can pop over into the red rocks of Sedona and make a week of it.

I’m also interested in the Native American heritage in Arizona. The South-western Nations have some great festivals and pow-wows. Arts and crafts in the south-west is something definitely worth looking into and finding out when and where the events are. You get artisans and craftspeople, these great meetings with so many different types of craft makers. It’s pretty mind-blowing.

4. Exploring the wilds of Wyoming 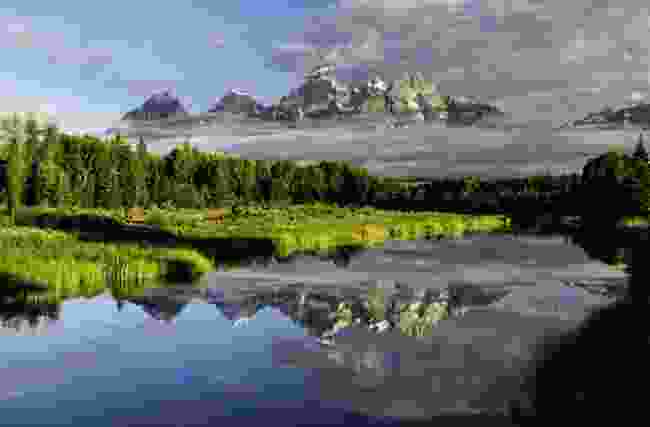 Yellowstone is a great place. I know a lot of people talk about it, but if someone hasn’t been, they really want to do that. Jackson Hole in Wyoming is also beautiful, and you can drive through the Grand Tetons. Grand Tetons National Park is a little less travelled than Yellowstone, but if you’re in that part of the world, you definitely don’t want to miss it.

Jackson Hole is a ski resort but it’s open all year round. People do a lot of hiking there. I’m a big outdoors person, but only if I can be in a hotel at night. I’m not a camper.

The Grand Tetons are gorgeous. You want to do that in the summer because it’s way up there in the mountains, unless you are a skier, in which case you can visit Jackson Hole for the skiing.

For Yellowstone, you really want to catch it at the right time. When you see a lot of the elk, around the end of August or early September, it’s beautiful. There’s so much wildlife. 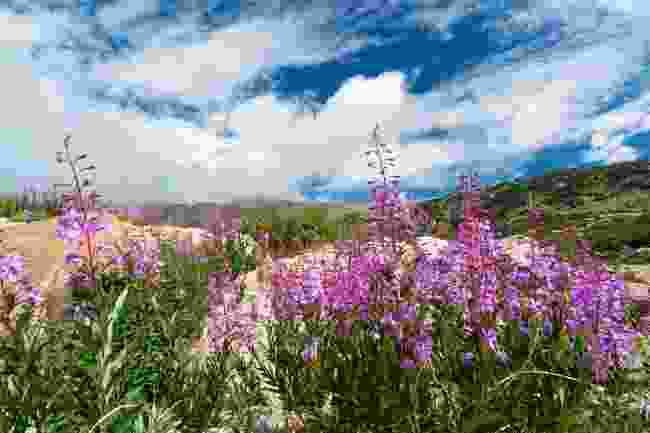 The Rockies in Colorado are amazing. I wasn’t a big John Denver fan but my mother liked him a lot.

We drove around to all the ski towns, but in the summertime. Ski season is quite something for all those towns, whether Aspen, Snowmass, Steamboat Springs…

First of all, there’s great food. Truthfully, the food is out of this world. They’re in the ski trade in this area, so it is very much about catering for tourists, but there’s a lot less of them in the summer. You can find anything and everything.

I loved just driving around the different towns. The walking in Colorado is incredible. You just put on your hiking boots and go. It’s very green in the summer and the wildflowers are out.

You can fly into Denver, rent a car, and you just want to get into the mountains. Some people fly into Aspen, but I think it’s really about the journey to get from Denver to Aspen and the scenery along the way there. The Rockies are tremendous and they engulf you because they really seem majestic and expansive.

If you’re renting a car, get good insurance on it. Tick the boxes. Truly, you want to do that. If you’re going into rugged country and something happens, let’s say a creature startles you, you just want to make sure you know you’re protected if you end up in a gully somewhere.

Where to go on Utah's Yellowstone loop