See the United States away from the crowds with the help of these 10 top tips, courtesy of Flight Centre…

The USA is the road trip capital of the world, topping more than a few travel wishlists. But with popularity comes people – and lots of them. Luckily, Flight Centre knows how to escape the crowds. It’s the expertise of their team that separate them from other tour operators, giving you the knowledge you need to discover the road less travelled.

Here, we shine a spotlight on the United States, as the experts at Flight Centre reveal their top tips, plus alternatives to exploring the country’s iconic roads...

1. Joe Stevens on the Tioga Pass 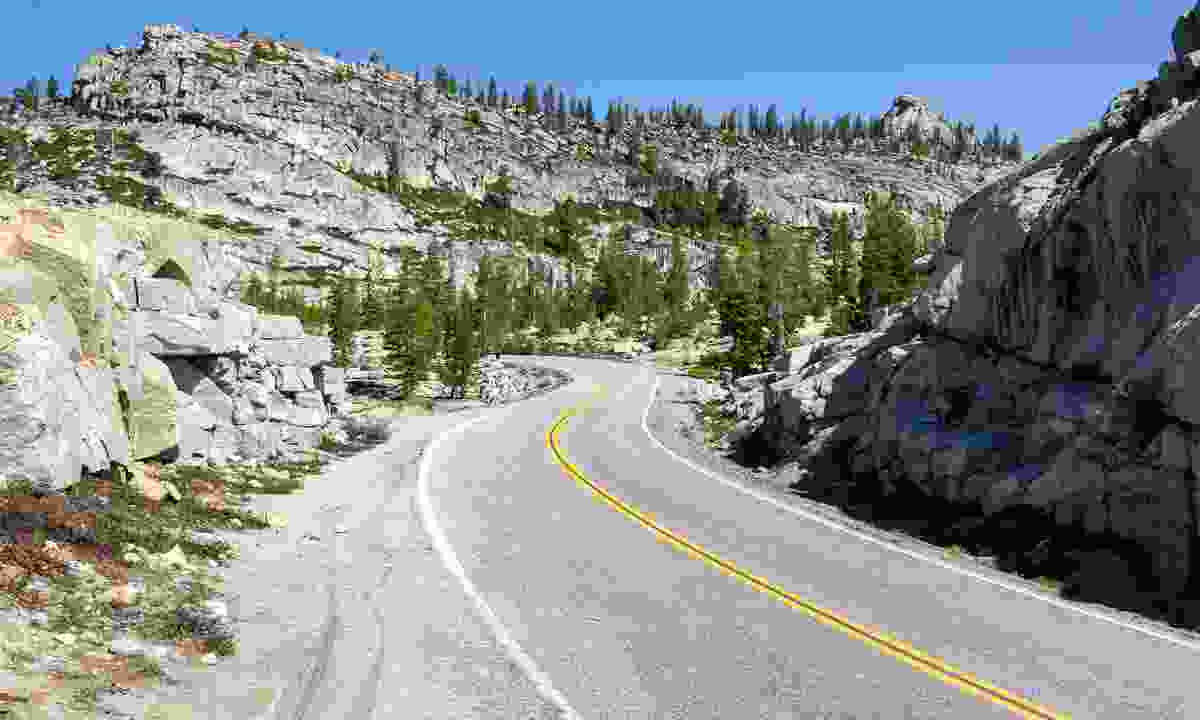 Top tip: Instead of taking the well-known Highway 395 around Yosemite National Park, take the little-known east entrance called Highway 120, or the Tioga Pass. This road starts at the lakeside town of Lee Vining, winding you past quiet Tenaya Lake. Make sure you stop at Olmsted Point Vista, where views sweep across glacier-clad boulders. Thanks to the snow, this road is typically only open from May to November, so plan wisely.

2. Mahul Patel on the Edna Valley 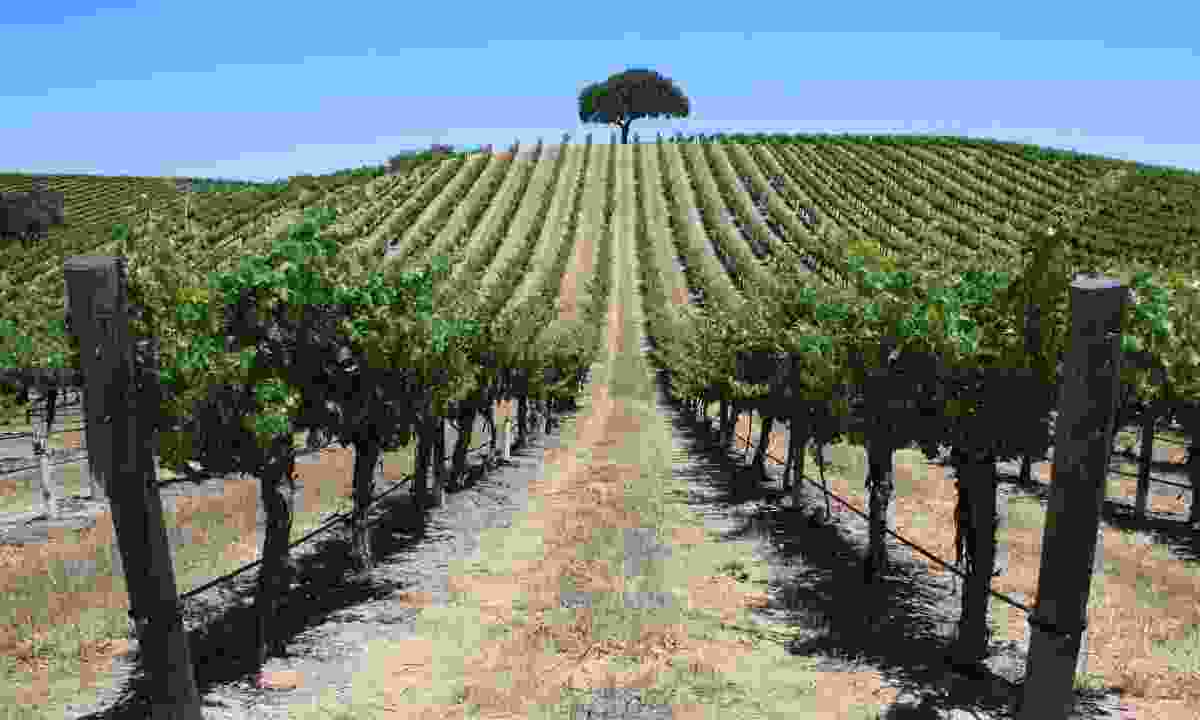 A vineyard in the Edna Valley (Shutterstock)

Top tip: When you think of wine in California, the Napa Valley usually springs to mind - but don’t miss the Edna Valley. This lesser-known wine region is near the city of San Luis Obispo, where you can sample tipples with the locals before exploring the eclectic downtown. Make sure you visit the 70-foot long Bubblegum Alley, where you’ll be invited to partake in an unusual rite of passage: creating graffiti out of chewing gum. A bit gross, but pretty fun. 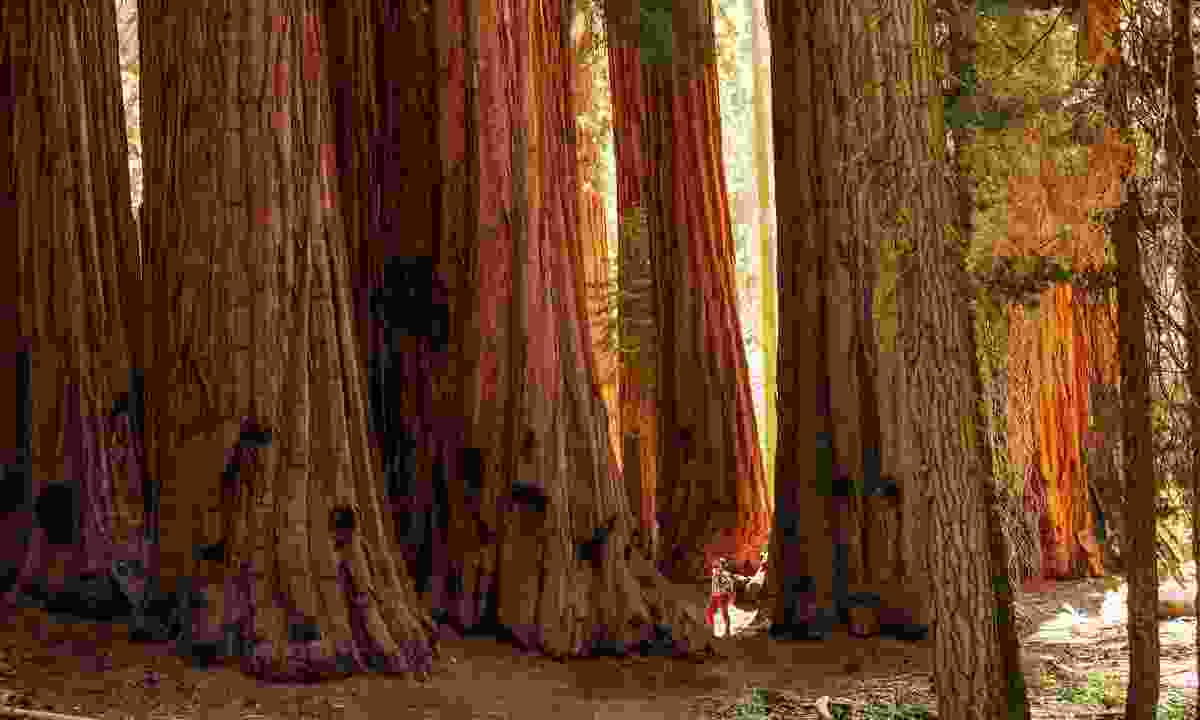 Top tip: Yosemite National Park is out of this world, but can get crowded. If you want a quieter experience, drive to Sequoia National Park, just south of its bigger sister. Here you’ll find some of the largest trees on Earth – one of them is so big you can actually drive through its trunk. Don’t miss the 30-minute climb up Moro Rock to see the rolling mountains from above. 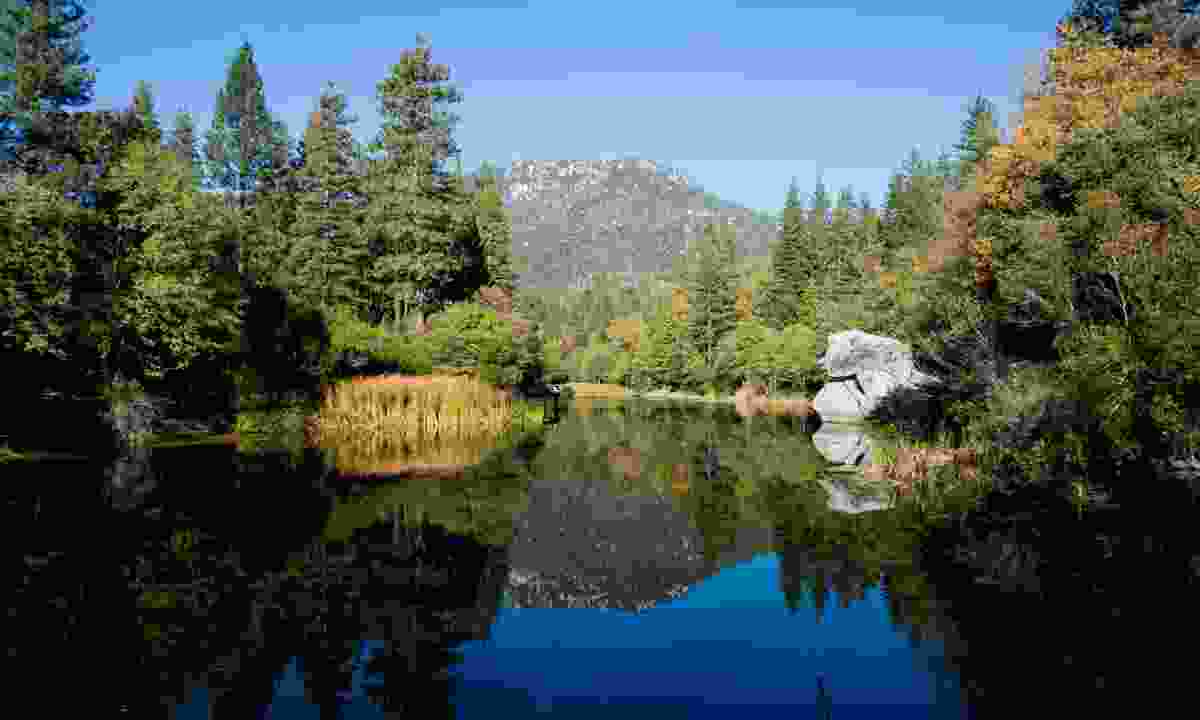 Top tip: Many road trippers venturing from LA to Joshua Tree National Park will make an overnight stop in popular Palm Springs. On your way, visit California’s best-kept secret nestled just above it. The mountainous town of Idyllwild lies in the San Bernardino National Forest, in the shadow of the mighty San Jacinto Peak. The vibrant retreat is a hub for creatives, with the arts celebrated on a huge scale. Make sure you also look out for the town’s ‘canine mayor’: a democratically elected golden retriever called Max II who has been in office since 2013. 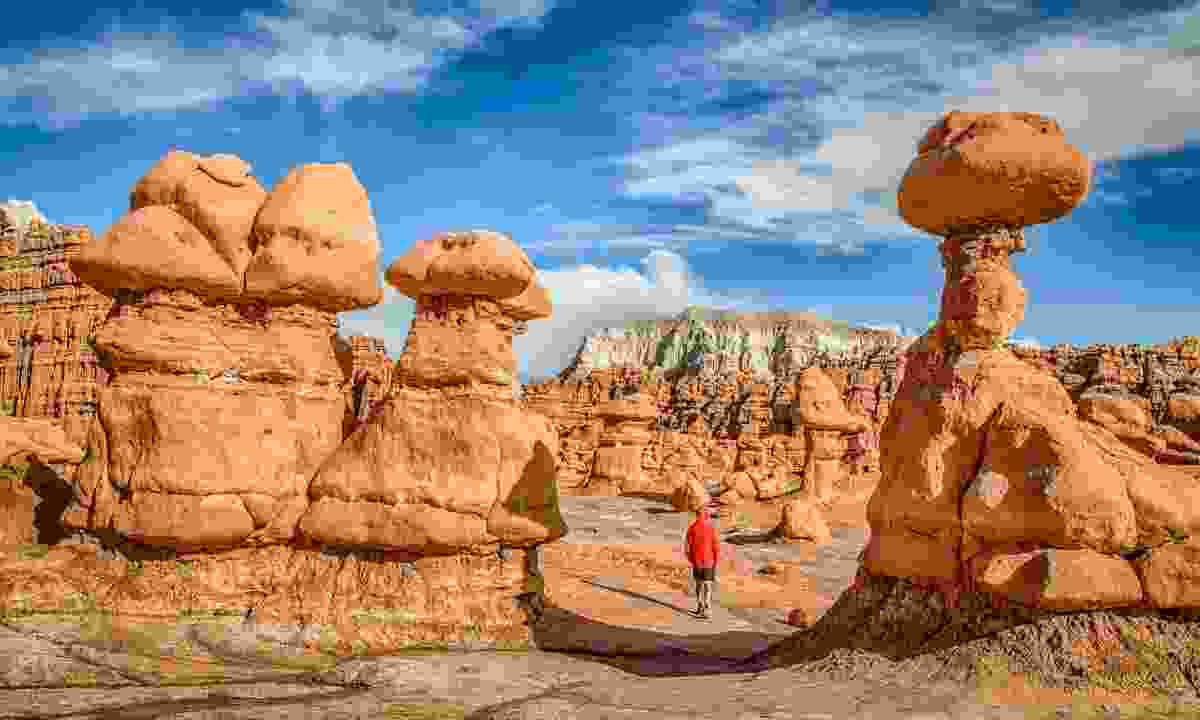 Top tip: I love America’s national parks, but don’t forget to visit the little-publicised State Parks too. They're just as beautiful and often completely deserted. Barely anyone has heard of Goblin Valley in Utah, for example, despite being just an hour’s drive from the very popular Arches National Park. Even when exploring during Utah’s peak season, you’ll have Goblin Valley largely to yourself. 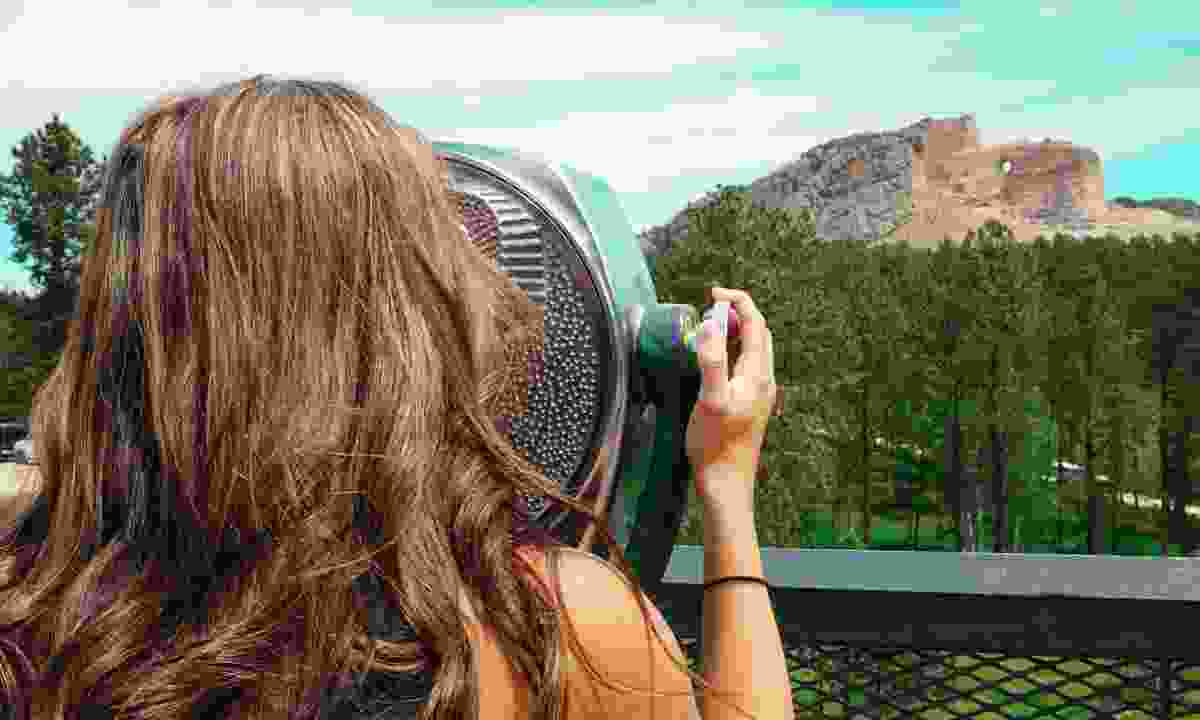 Get a closer look at Crazy Horse Memorial (Shutterstock)

Top Tip: South Dakota is of course famous for Mount Rushmore, but not many people know that about a 30-minute drive away is the Crazy Horse Memorial – set to be the world’s largest mountain carving. The work, which began back in 1948 and continues to this day, depicts the figure of Crazy Horse, a 19th century Native American hero. 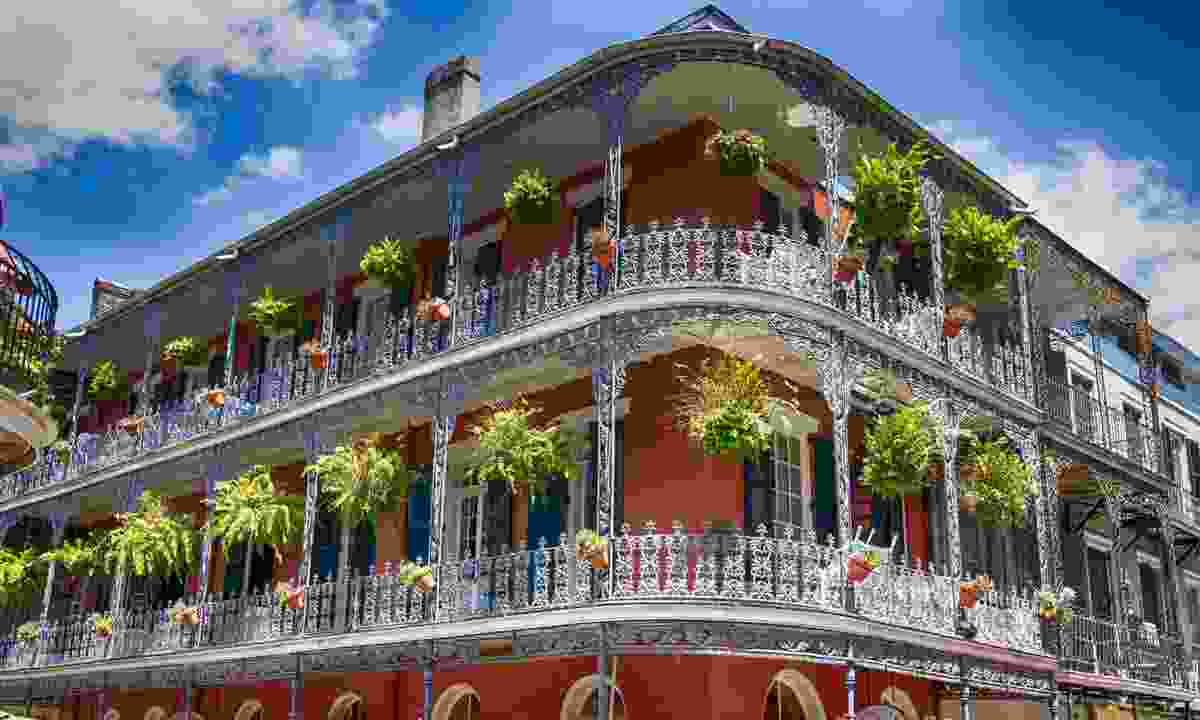 Top tip: If you’re road tripping in the Deep South, you’ll no doubt have Bourbon Street in New Orleans on your radar. But while you’re exploring, don’t miss Frenchmen Street, hidden just outside the French Quarter. With local jazz bars (I highly recommend the Spotted Cat Music Club) and spontaneous street parties, it offers a chance to really get under the skin of The Big Easy.

8. Sabine Phillips on the Valley of Fire 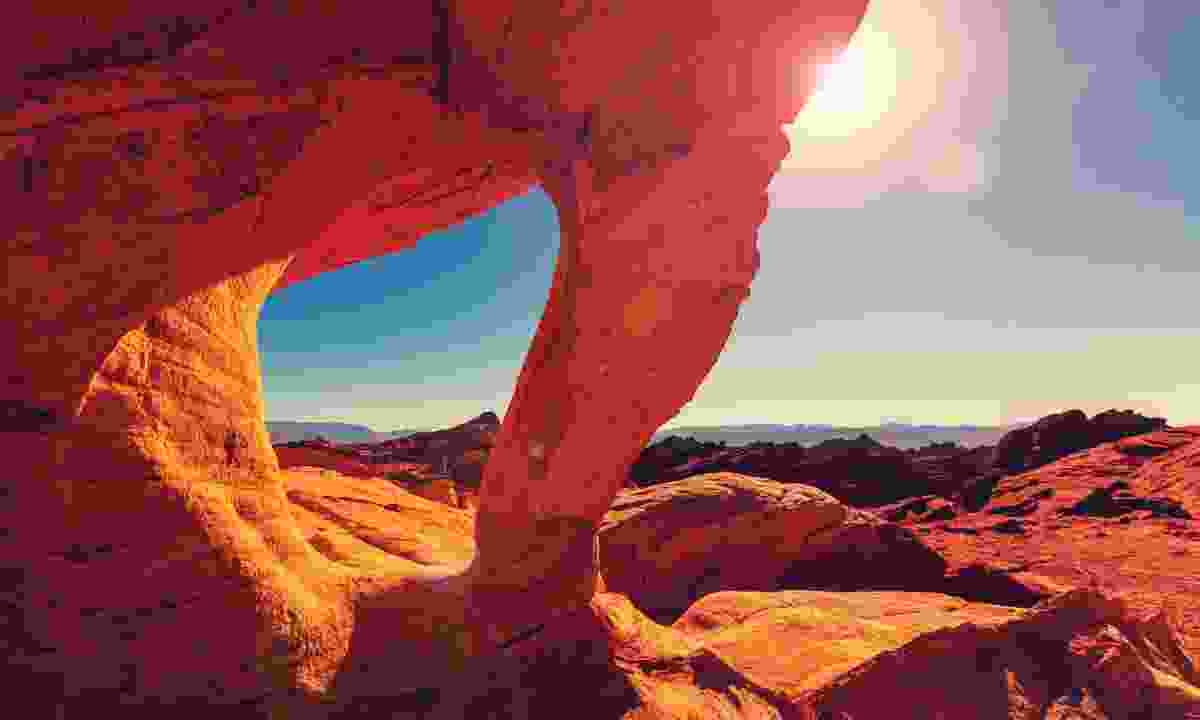 Top tip: Everyone’s heard of Death Valley, but if you want something offbeat, head to Nevada’s Valley of Fire instead. Just an hour’s drive from Vegas, it’s packed with fiery orange rock formations and petroglyphs. At sunset, head to Fire Wave rock to see the colours glowing under the fading sun. You’ll soon understand why Star Trek: The Next Generation was filmed here. 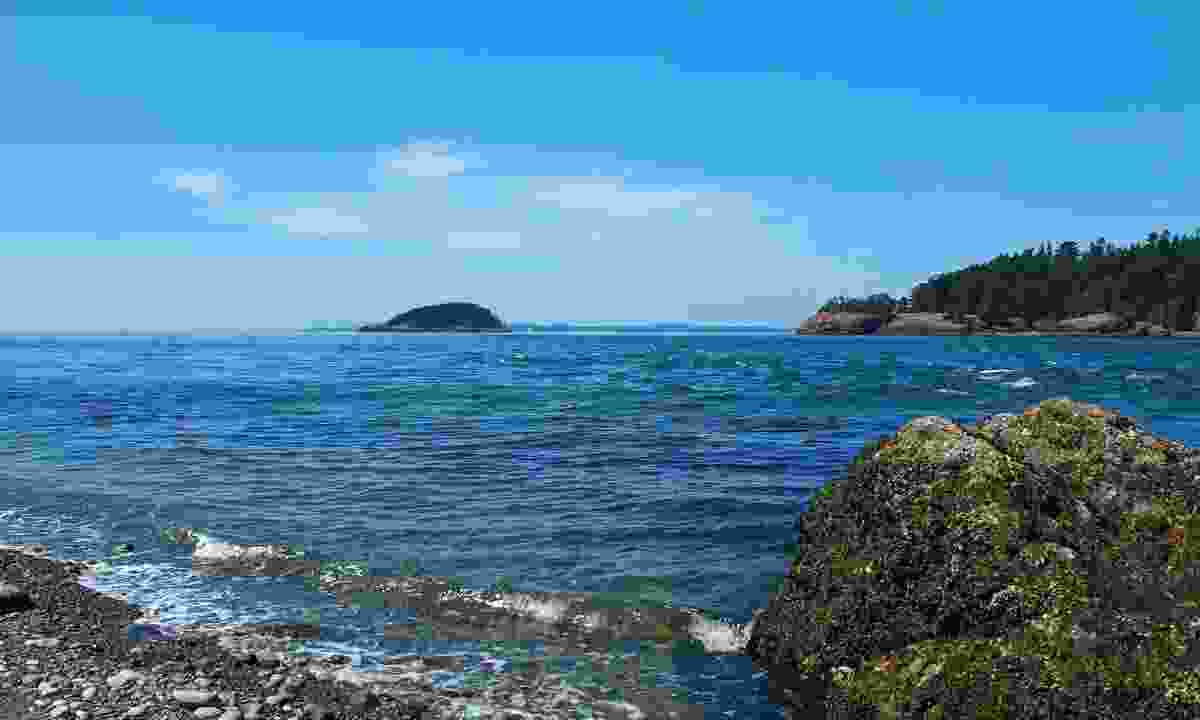 Top tip: Washington State is well known for Seattle and its love of coffee, but there’s much more to see than that. Take a trip to Whidbey Island, which is where the locals go to get away. Explore the wineries and make sure you get a pie from one of the small farm shops dotted around the island.

10. Jenny Reddiough on the Rockerfeller Center 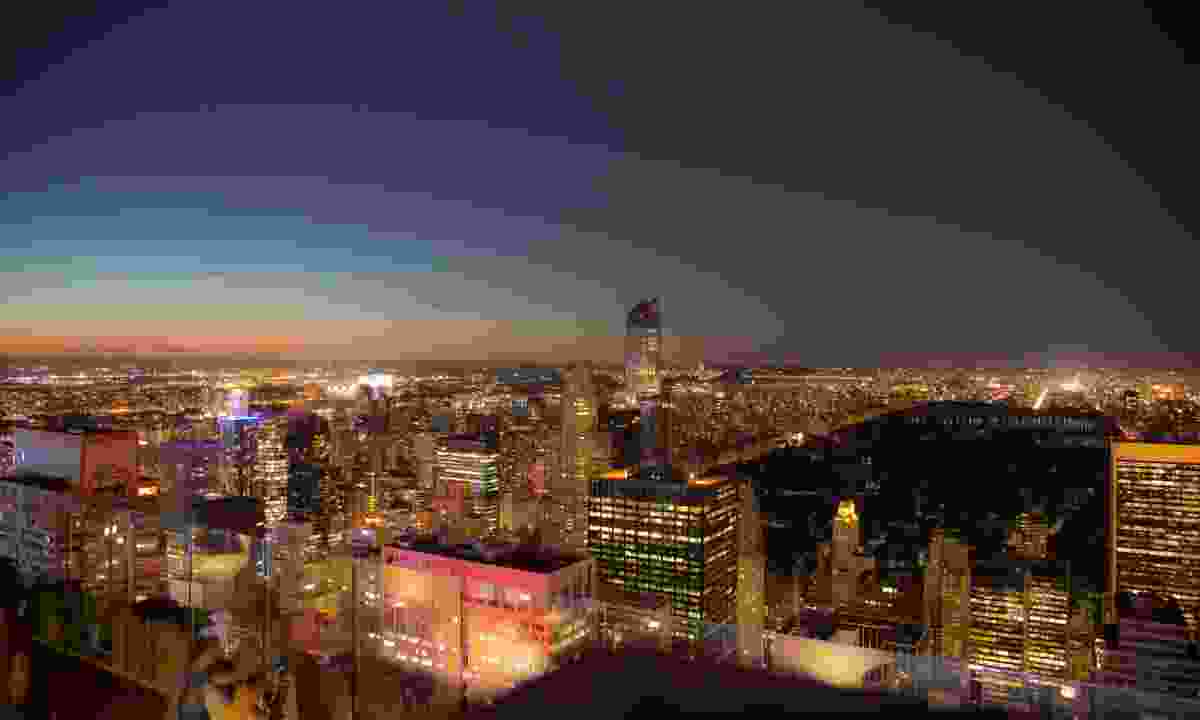 The view from the top of the Rockerfeller Centre (Shutterstock)

Hit the road with Flight Centre

These top tips are courtesy of the expert team at Flight Centre – from its stores to its office headquarters. By continually employing well-travelled people who are passionate about visiting all corners of the planet, Flight Centre can create a tailor-made trip for you. They’ll build your entire US itinerary from scratch to make sure you get the most out of your holiday. Find out more here.

This September, if you book a direct flight in Virgin Economy Classic or Delta’s Main Cabin with Flight Centre’s friendly Travel Consultants, they’ll upgrade your seat to Virgin Economy Delight or Delta Economy Comfort+ for FREE!