Throwing out the rule book in paradise

Returning to a idyllic, secret anchorage, Liz Cleere discovers that in paradise it's OK to bend some of the rules. Sometimes.

We waved goodbye to American and Alicia on SY Synchronicity. They were on deadlines and had to head back to Ko Lanta, then on to their respective homes in Shanghai and California. Since the mundane task of hauling out SY Esper in the boat yard loomed, we needed to leave the cocooned idyll of Ko Ha too. We weren’t quite ready to break the spell of Thailand’s coral islands yet, so we plotted our passage south via Ko Rok for an overnight stop before the hard work began.

Ko Ha had been one of those detours which are common for the slow traveller. With no fixed time scale, this kind of life – whether by land or sea – gives you the chance to make it up as you go along, to open a new door or discover an unplanned destination. The collision in a busy anchorage in Phi Phi Don had presented us with new friends and taken us to Ko Ha, one of Thailand’s most weird and bountiful island groups.

But it was time to go. 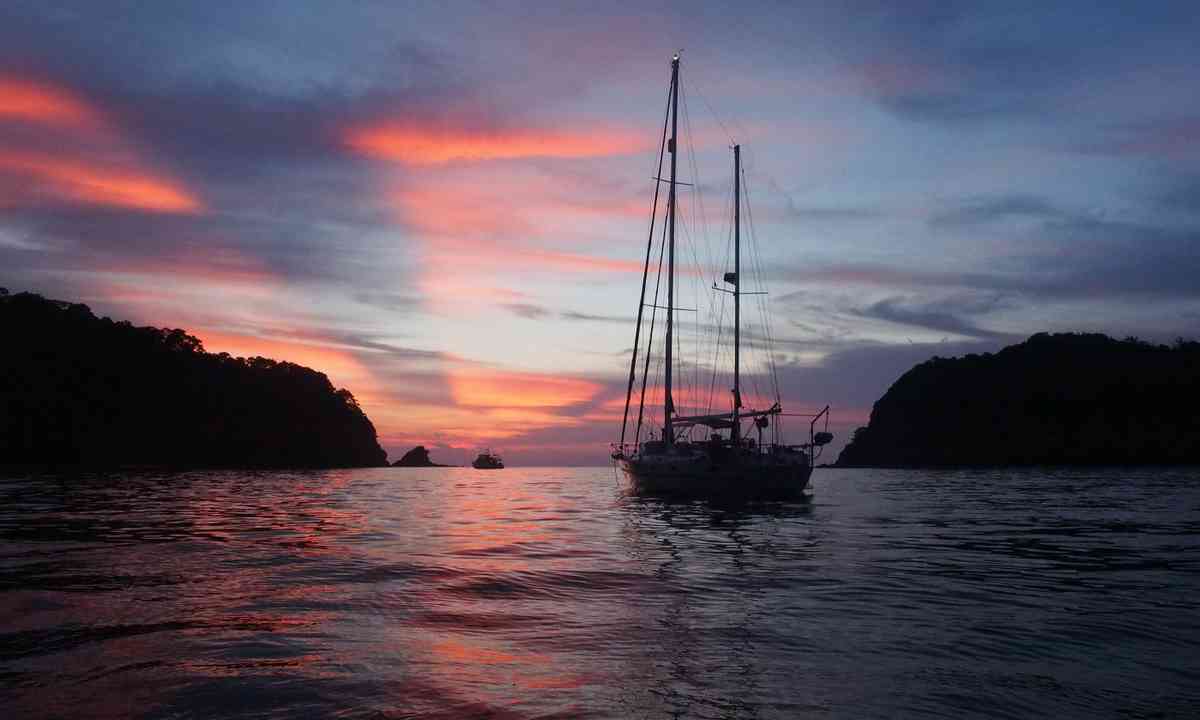 The entrance to the boatyard is through a shallow tidal creek, so we needed to be there during the next spring tide when the water depth is at its highest to allow access to the slipway. For once, we had a deadline to meet too. With the squalls now over, all wind had died, and nothing but flat seas and motoring lay ahead of us. These extreme conditions are normal at this time of year, leaving many sailors to while away their time in safe anchorages until the weather becomes more favourable.

The engine rumbled on as we settled in to the cockpit for a direct passage towards the jagged specks of Ko Rok Nok and Ko Rok Nai. At this distance they had coalesced into one hazy silhouette on the horizon.

No matter how short, calm or quiet the journey may be, when you are on a boat you must keep constant watch when moving; the sea can throw up unexpected obstacles, and treasures. No-one wants to miss dolphins joining you on passage, and after more than ten years at sea they still produce the same feeling of joy that shot through me the first time I saw them dancing round the boat.

On this occasion, though, there were no dolphins, just a lot of floating battering rams. The storms and high tide had thrown debris into the water, which meant Jamie and I left Esper on auto-pilot while we scanned forward to port and starboard for branches, wooden planks and even whole trees. We bobbed and weaved our way through the flotsam and jetsam for a few hours until the passage between Ko Rok’s two islands lay within our sights. 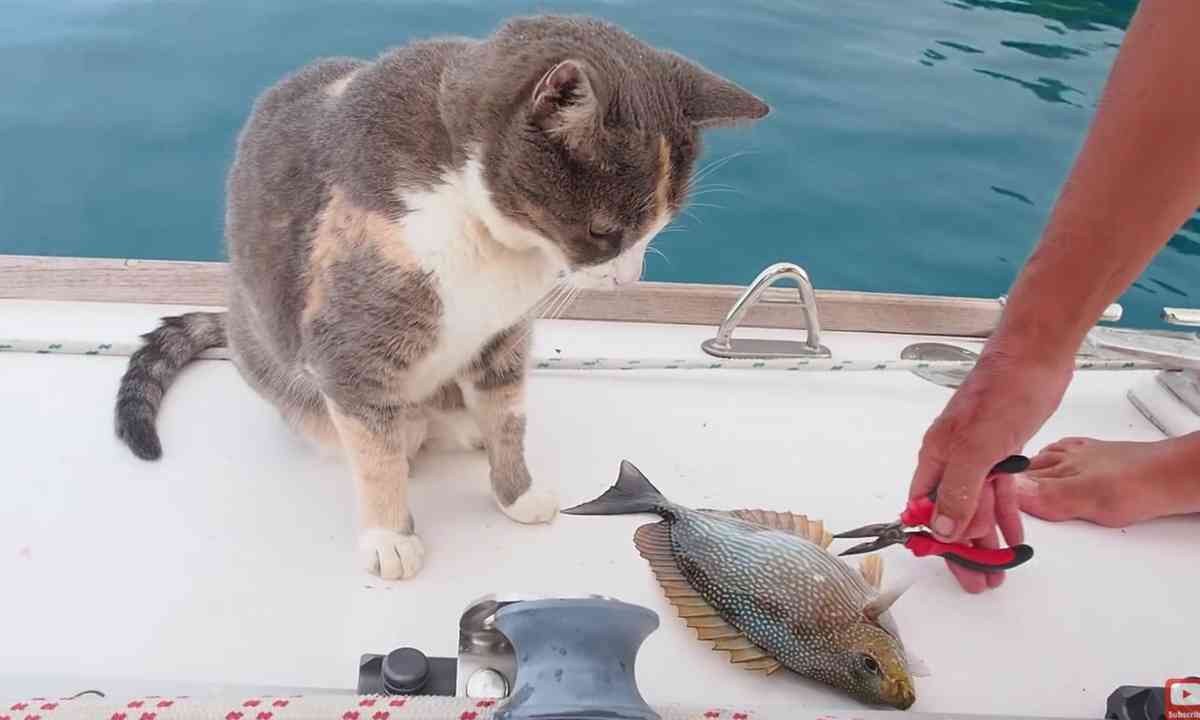 We hadn’t expected to return so soon, but it was good to be back in this tropical wonderland. Our same mooring buoy was free, and the channel was once again deserted. With the bow secured, engine off and awning up to give us some shade from the heat of the late afternoon, I retrieved my fishing rod from the forward bunk. Millie, our cat, came to join me on the side of the boat and we soon had some nice, fat bream ready for the barbecue.

Ko Rok and Ko Ha fall under the auspices of the Mu Ko Lanta National Park, one of the 21 parks owned and protected by the National Marine Parks of Thailand. What I hadn’t realised when we first came here is that fishing is prohibited, something which I had been warned about by a fellow yachtie when I posted an image of my catch on Facebook. But the wardens had watched me bring up a few bream for supper using my line and hadn’t said anything, just waved as they scooted past in their lively RIB.

Later on, the smell of roasting fish drifted across the water from their camp. Some Googling had revealed that the ban is aimed at commercial fishing boats, which in the late twentieth century had caused devastation to the coral beds. It prohibits:

– the possession or use of explosives, toxic substances or electricity for fishing;

– the sale of fish caught by illegal practices;

– the collection or export of corals;

– the collection of sponges;

– trawling and push-net operations within 3 km from shore.

Since I wasn’t bombing bream out of the sea, I guess the wardens thought it was OK for me to catch a fish for supper. I have still to clarify this, and wouldn’t want to put my theory to the test in a Thai court until I have a definitive answer. So for the moment, Jamie and I will refrain from fishing there again, and just remember that we had some of the tastiest fish ever for dinner at Koh Rok, washed down with a nice Sauvignon Blanc picked up a few months previously from tax-free Langkawi.

No turtles, their eggs or sponges were hurt in the making of our dinner.