The pros and cons of taking a pet to sea

While I was in the UK taking care of Mum, Jamie stayed behind in Thailand looking after SY Esper. Being separated like this was something we were used to because each time one of us visits family and friends in the UK, the other stays on board to take care of Millie, our cat.

Millie has had every inoculation available to a cat, is neutered, has never had fleas or worms and seldom mixes with other cats. But she was born in Turkey and doesn't have an acceptable pet passport, so we cannot take her with us to the UK without placing her in quarantine. And that, for us, is not an option. 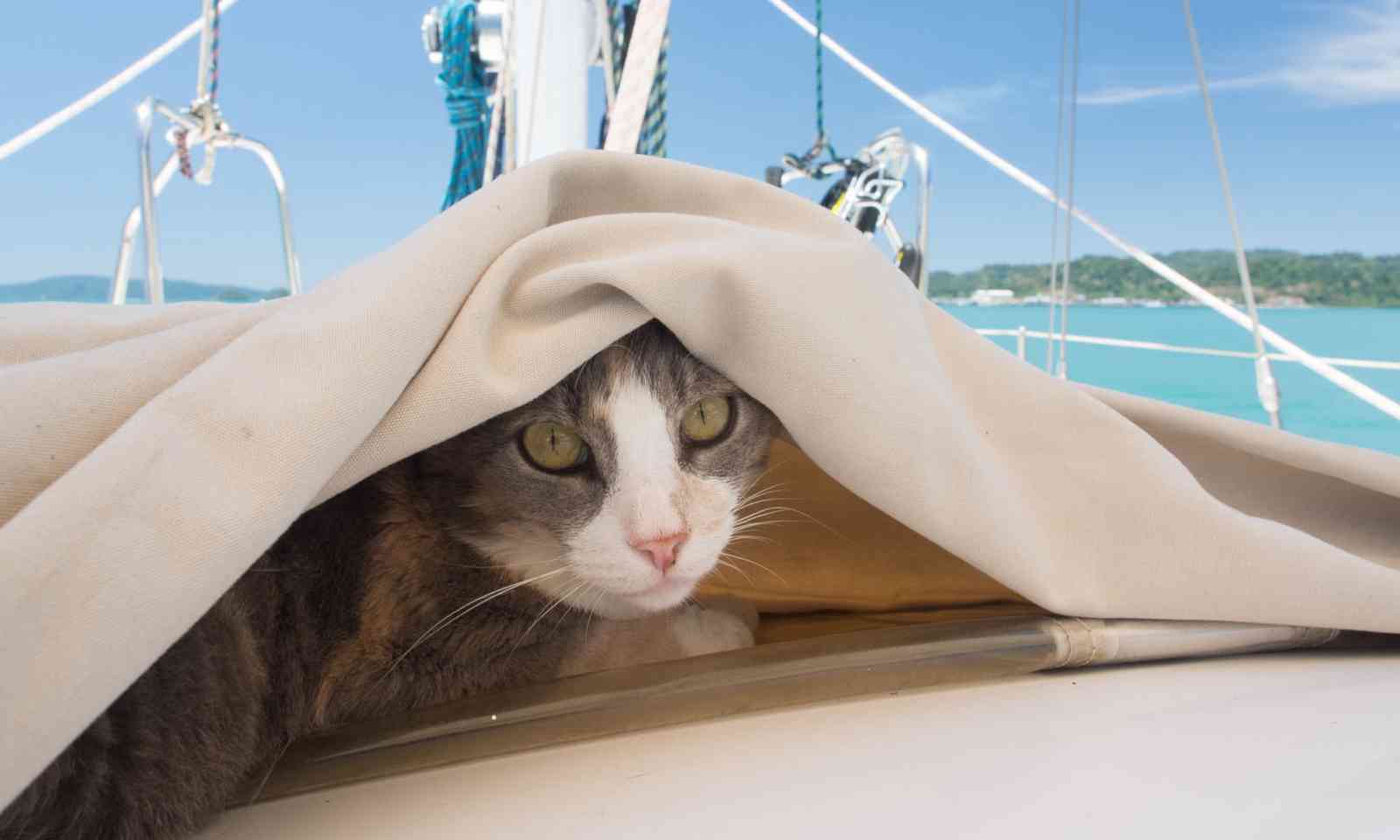 I had wanted a ship's cat from the moment we bought the boat, and even though he is just as much an animal-lover as me, Jamie was dead set against the idea. He reasoned that any animal would need supervision, and therefore limit our freedom to travel away from the boat. We would have to store bags of cat food, and be scraping cat poo off the floor all day long. I promised I would make space for the cat food in my lockers and be in charge of any poo mishaps. But it was his final warning that hit home.

"The cat might fall overboard and drown, and then we would be inconsolable."

We knew of several tragedies that had befallen beloved pets at sea, and I knew he was right. So I gave up the dream, and for the first time began life in a pet-free zone.

Then, one night in a marina in Marmaris, a skinny kitten came on board. We named her, and Jamie gave up: we had our third crew member. His warnings had not included her going missing for days in marinas only to be found trapped, thirsty and hungry in a nearby locked boat. Or that her feline curiosity would lead her into cosy, quiet spaces to sleep onboard boats about to sail off to a new destination.

A collar with our telephone number always brings her back, but the anxiety while she is missing keeps us awake at night. These days we try to avoid marinas and pontoons whenever possible to stop her from getting lost. 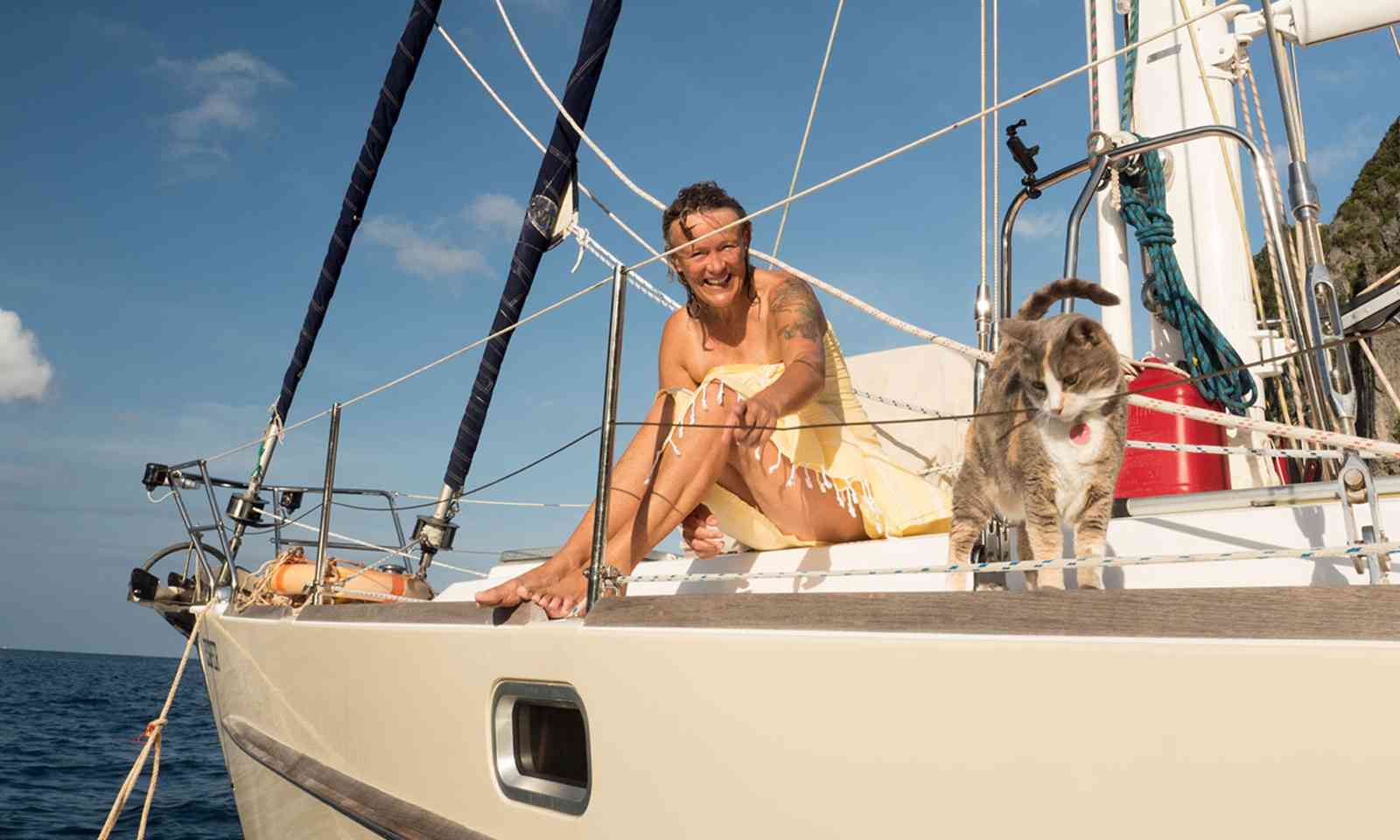 Jamie was right about her falling in, which happened regularly at first but not while we were under way. A thick rope ladder tied to the transom enabled her little claws to grip well and climb back on board. Early on, we got used to being woken up in the night by a howling cat who didn't understand why we immediately washed her in the galley sink, even though she was already wet from her swim in the sea.

He was wrong about the cat poo, though. We taught her to use the heads (toilet), so we don't have spiky bits of cat litter or anything else rolling around the floor. And we carry only back-up cat food, because her favourite food is fresh fish straight out of the ocean. It was Millie's seafood obsession that started me on my passion for fishing.

Occasionally we meet people we trust to look after her while we go off travelling on land or to the UK. In India she was cared for by Nazar, who adored her. The feeling was mutual, particularly because he came to the marina with a piece of bamboo and a bit of string every day to catch her supper. 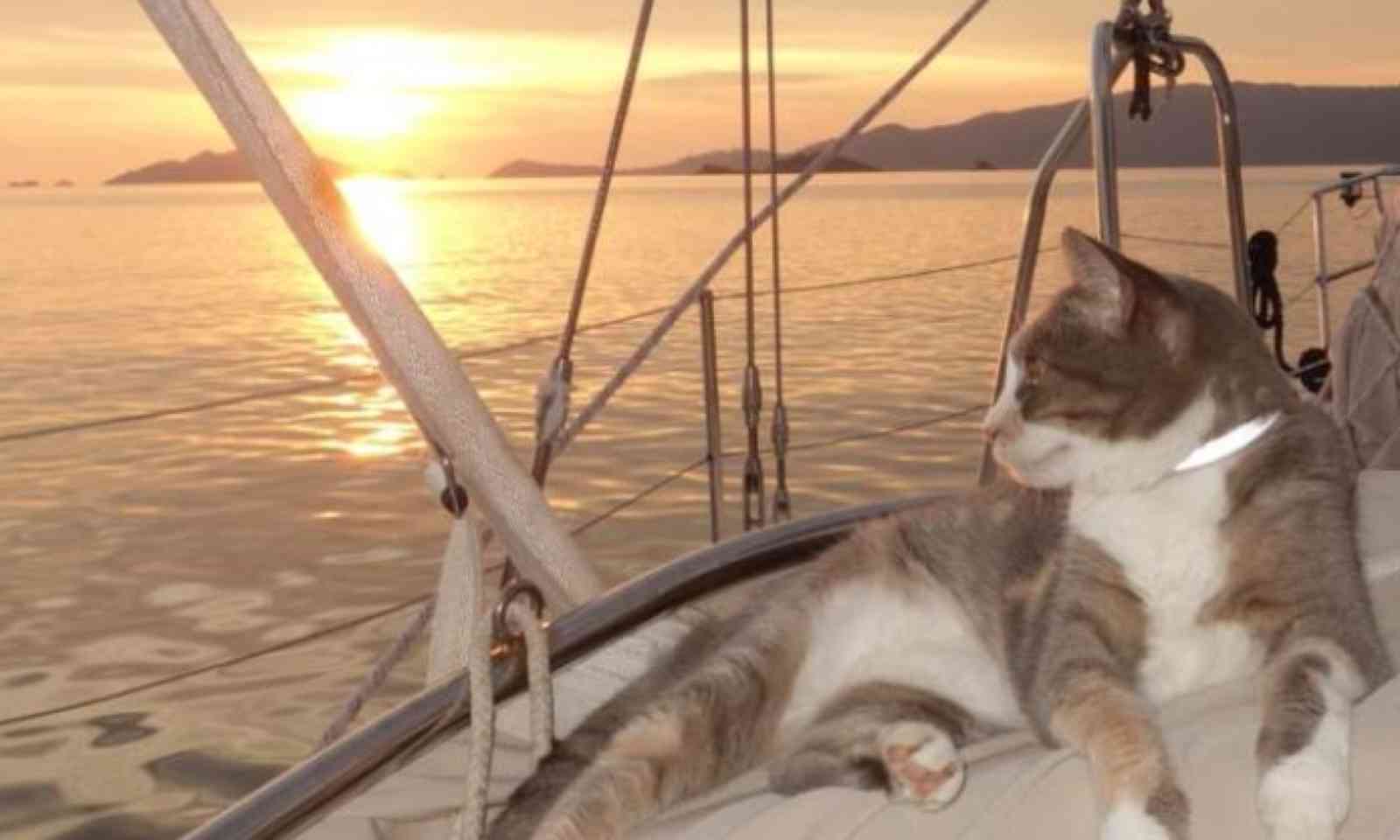 It was in Kerala that she became a mini-celebrity, appearing on television and in newspapers as “the cat the size of a dog”. Cats in Cochin – and pretty much everywhere else we visited in India – are small, infrequent and feral. They are seldom treated as pets. Now, here in Phuket, we had found a marina run by cat-lovers.

This meant we would be able to leave Millie with them while we were away together for the first time in years.

Before flying out to join me at Mum’s house, Jamie just needed to finish the repairs, haul SY Esper back into the sea, and sail her to Yacht Haven Marina, over a hundred miles away.