11 of the spookiest places in the world to celebrate Halloween

Looking for the ultimate Halloween party? Or simply trying to make this 31 October the scariest yet? Try this spectacularly spooky mix of eerie, creepy and Halloween fun destinations around the world...

For a typical Halloween thrill... 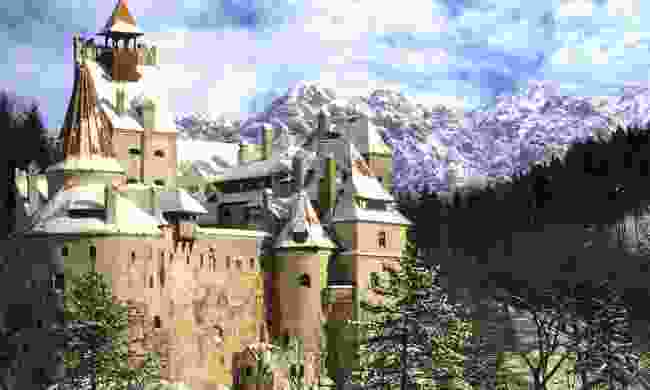 Home to Dracula, or at least Vlad the Impaler, the bloodthirsty ruler the character was based upon, Transylvania has embraced Halloween with an unholy passion. You can visit Dracula’s castle in Bran, sleep in the Dracula Hotel on Borgo Pass and eat in a Dracula-themed restaurant.

Transylvania has also become famous for its Halloween parties. The one at Bran Castle includes a midnight tour of Dracula’s lair, while the celebration in Sighisoara Citadel (Vlad’s birthplace) includes a magic show, costume contests, and a howling at the moon contest. Organisers of both say that if you don't have a reflection in the mirror, the party is on them. 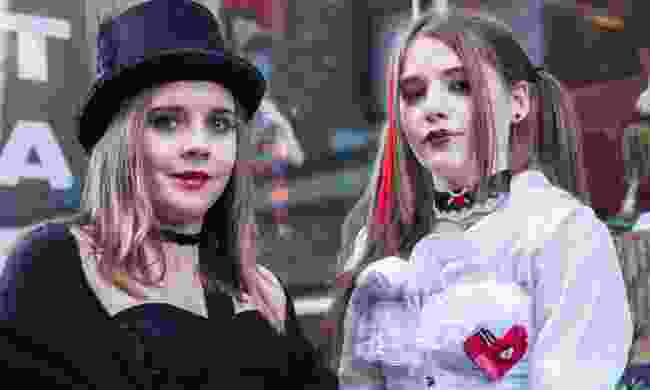 The ruined Gothic abbey overlooking this seaside town in Yorkshire was the inspiration behind Bram Stoker’s Dracula and, every October, the town is taken over by Goths, keen to pay homage to the man who influenced both their look and their lifestyle at the bi-annual Whitby Goth Weekend.

Ostensibly a music festival, the weekend has grown to become a place where Goths meet, mingle, parade and trade. Most years the weekend is preceded by the Bram Stoker International Film Festival, a celebration of horror films both old and new. 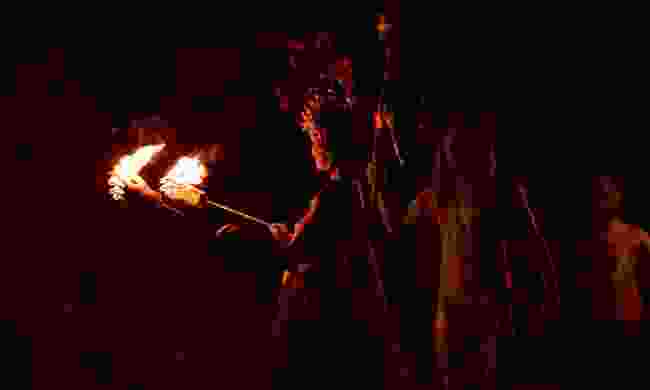 Halloween is seen universally as an American celebration, but it actually started as a Celtic festival called Samhain (pronounced sow-in), marking the transition from summer into winter and the battle between the demons representing both. It is still celebrated annually in Edinburgh with the Samhain Fire Festival.

The festival is run by the Beltane Fire Society and sees a phalanx of spectacular mythical creatures beating drums and breathing fire as they  make their way down Edinburgh’s historic Royal Mile to West Parliament Square. Here, a spectacular battle between Summer and Winter takes place. No tickets are needed, but a donation, given to the demons shaking buckets, is much appreciated.

If you're after something more traditionally spooky in Edinburgh, spend a night in the city's supposedly-haunted underground vaults. They're said to be home to many spirits, and reported paranormal activity here is high.

The vaults are home to a mixture of Edinburgh's oldest ghostly residents, from Mr Boots, a nasty piece of work who pushes people's shoulders and whispers obscenities in their ears, to Jack – a small boy who tugs trousers and throws stones around the echoing tunnels. Recordings of old Scots Gaelic have been taken in the vaults and a cobbler has been photographed reclining in a corner.

A night in the vaults is not for the faint of heart. People have come out with inexplicable bruises and injuries, as well as experiencing the fright of their lives... 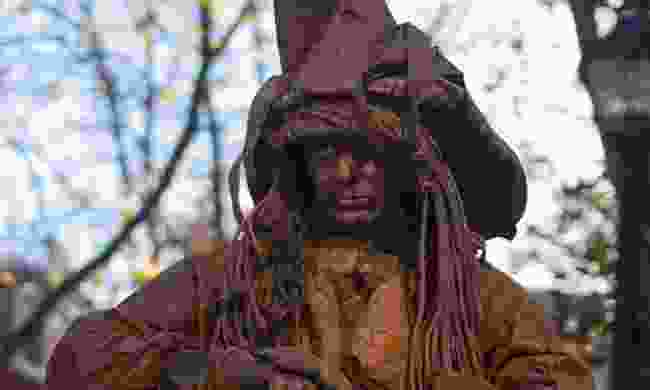 A witch in Salem (Dreamstime)

Forever associated with the barbaric witch trails that were held in the town in the late 1600s, Salem embraces its grisly past with a month-long celebration of all that is macabre and ghoulish called the Festival of the Dead.

Over 500,000 visitors descend on the town to have their fortunes told at the Psychic Fair or trade-in their broomstocks at the Witchcraft Expo. The Witch Museum and the Old Harbour are at their ghoulish best. And it all culminates with the spectacular Salem Witches’ Ball at the Hawthorne Hotel. 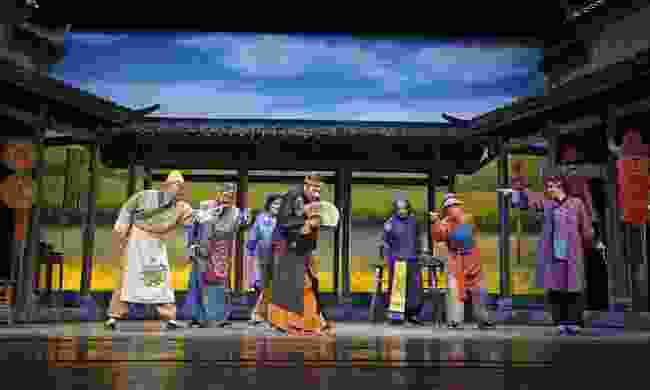 Hong Kong has become the Halloween capital of Asia, with huge Halloween parties at Hong Kong Disneyland and Ocean Park and Halloween-themed events at just about every bar in Lan Kwai Fong.

Halloween is a hit in Hong Kong because it coincides with Yue Lan, the Festival of the Hungry Ghosts. Yue Lan is an ancient Buddlist and Taoist festival that honours ancestors and, like Halloween, marks a period where the realms of heaven and hell and the world of the living are open to each other. Offerings are made and operas are performed to appease the ghosts of both ancestors and deities. 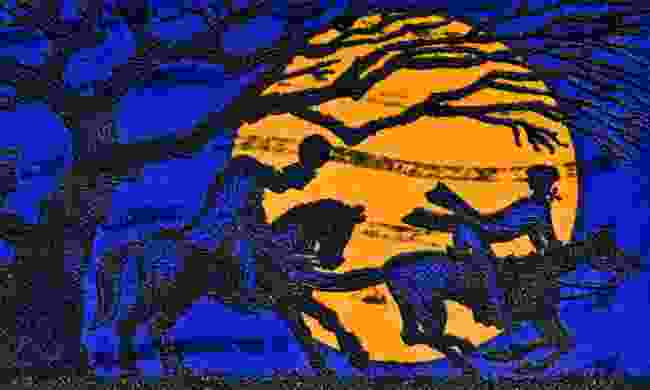 The Legend of the Headless Horseman of Sleepy Hollow (Dreamstime)

It may have been Washington Irving’s spooky story about a headless horseman that first gave this aptly-named town its Halloween cred, but it was Tim Burton’s 1999 movie, starring Johnny Depp, that cemented the legend. The locals have embraced it all with a month-long Sleepy Hollow Halloween of haunted hayrides, street fairs and parades.

The evening lantern tours are not for the faint-hearted – you’ll be taken through the Sleepy Hollow Cemetery, the final resting place of Washington Irving and vampire Barnabas Collins. Lyndhurst Castle, home of Jay Ghoul's House of Curiosities, offers a more family-friendly haunted tour of their estate. 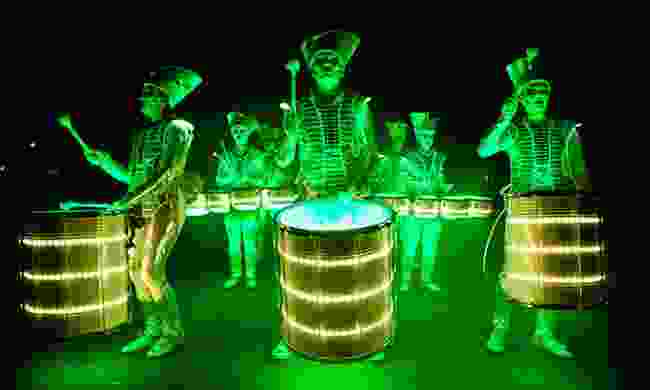 Northern Ireland’s self-proclaimed ‘City of Bones’ is home to Europe’s biggest Halloween parade. The celebrations – which start on Friday night and continue over the weekend – are loud, colourful and intense and were recently voted the best in the world by readers of USA Today.

From the River Mourne to the Banks of the Foyle, the entire town of Derry becomes a Halloween-themed street carnival. There’s a spooky and spectacular animation trail around the city walls, fireworks, parties and plenty of tricks and treats. The Banks of the Foyle Halloween Carnival is not to be missed.

Now, for the seriously spooky...

8. The Island of Dolls, Mexico 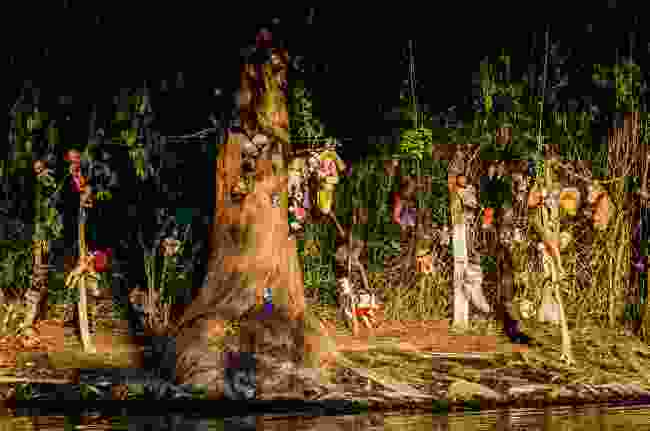 The abandoned dolls on the Island of Dolls, Mexico (Shutterstock)

Known as La Isla de la Munecas by the Mexicans, this small island, hidden within a network of canals south of Mexico City, is sure to give you the creeps. Almost every tree on the island has mutilated dolls hanging from the branches, making you feel as though you're being watched from every angle.

The story behind these creepy scenes starts with a hermit called Don Julian who moved to the island, where he spent the last 50 years of his life. Don Julian was haunted by the spirit of a girl who drowned in one of the canals and collected dolls and scattered them around the island to calm the tormented spirit. Don Julian was found dead, after drowning in the same canal.

Visitors to the islands have claimed that the dolls whisper and you must offer a gift to them once stepping foot on the island to appease their spirits.

Goes without saying: a super scary place to spend Halloween. Of course, Dia de los Muertos takes place on 2 November throughout Mexico and Latin America, and is well worth experiencing, too. 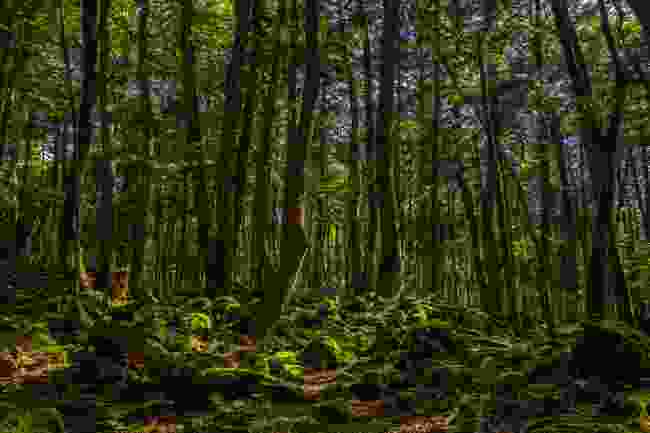 Japan uses the 31 October as a chance to show off impressive cosplay skills, often at an incredible, vibrant street party in Shibuya, Tokyo.

The forest is a sea of trees at the base of Mount Fuji. Over 500 people have wandered in, never to be seen again. The trees in this popular suicide spot are so thick, that wind does not pass through and even at midday the floor is shrouded in darkness.

The Japanese government have taken it upon themselves to do an annual sweep of the forest for dead bodies. In 2002, 78 were found. According to Japanese superstition, if a dead body is left by themselves after suicide, the Yurei (Japanese spirit of the dead) will howl and scream continuously. These ghostly white forms are often seen flitting between trees by unsuspecting visitors.

For anyone who does decide to take a trek through Suicide Forest, beware, compasses are said to rarely work within the forest due to massive underground iron deposits. Or paranormal activity, we'll let you decide... 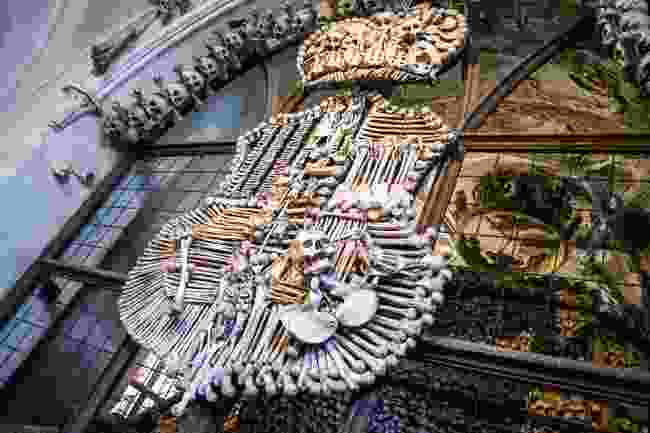 Enter into the small chapel of Sedlec Ossuary, in the suburbs of Kutná Hora, and you will soon discover why it is named The Church of Bones. Visitors are usually able to wander in during the day in October, from 9am to 5pm.

The interior is adorned with between 40,000 to 70,000 human skeletons dating back to the 1200s, artistically arranged and sculpted in 1870 by František Rint, a local woodcarver, whose name hauntingly remains inscribed in some of the bones. Yikes.

Looming forbiddingly over the centre of the church hangs Rint's most astounding creation – a chandelier boasting an impressive structure and composed from nearly every bone of the human body.

The ceilings of the ossuary are draped with rows upon rows of skulls and bones, while in the corners of the church stand six towering bone pyramids. In addition to this, you can find a family coat of arms – intricately created entirely of bone – large bone chalices and skull candle holders. 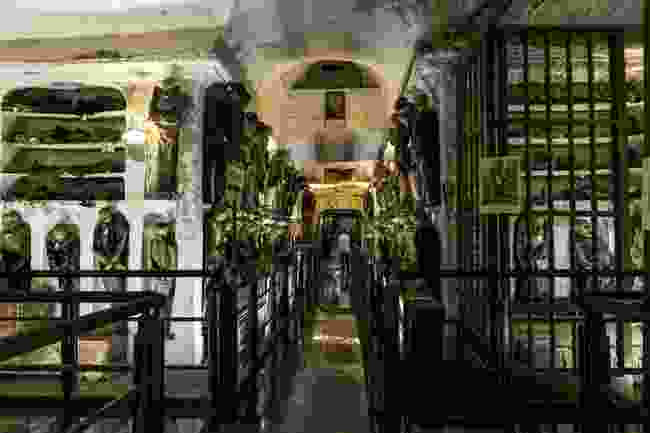 The Capuchin Catacombs in Palermo (Shutterstock)

The Capuchin Catacombs are an eerie gallery of the dead, certainly not for those with a weak stomach. Thousands of mummified bodies and skeletons line the walls of these catacombs like paintings, dressed in an array of outfits and positioned to look like they have lives of their own.

For a bit of a shock, make sure you locate Capuchin's Sleeping Beauty, pristinely preserved behind glass, you'd be forgiven for thinking that she's just taking an afternoon nap – except she died from pneumonia in 1920.

The catacombs were started in the late 16th century when monks ran out of space in the cemetery. The climate in the underground space turned out to have perfect conditions for preserving bodies, so much so that some of the oldest skeletons still have skin and hair.

Walking tours are available all year round, but the three-hour experience is especially spine-tingling on 31 October.

These are the world's most haunted places

15 forgotten worlds to get lost in

The spookiest ghost towns on the planet