From a remote mining town in New Zealand to a scary 'ghost island' in Japan, we introduce 14 ghost worlds across six continents. Would you dare to visit any of them? 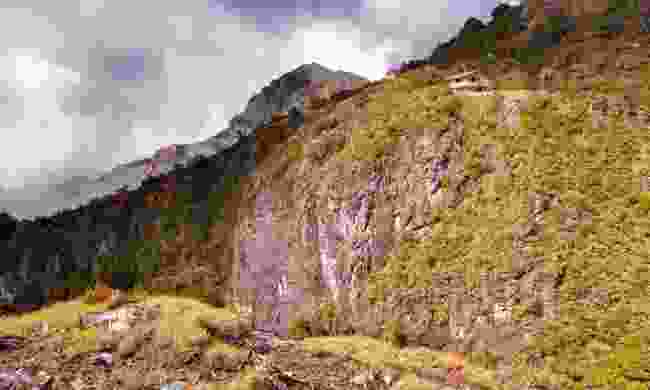 Remote and not for the fainthearted, this 85km backcountry trail on New Zealand’s South Island starts at the abandoned mining town of Lyell, and only gets weirder from there as you pass fragments of settlements: schools, hotels and graveyards.

This was gold miners' country, and relics of those days, now abandoned to nature, scatter the land as you follow an old miner’s route deep into the wilderness. 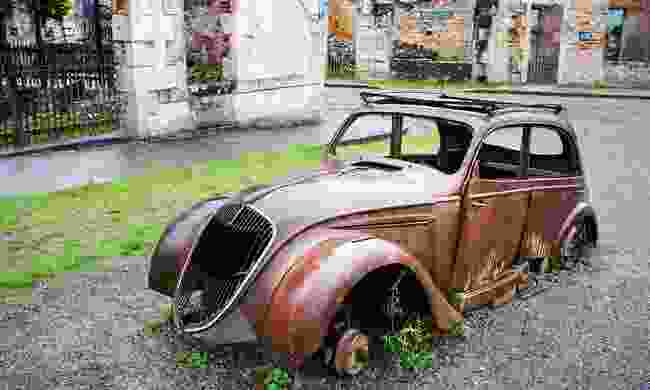 Some places are left empty for good reason. It was in 1944, after the Allied forces had landed in France, that German soldiers marched into this village in central France and massacred its people, apparently in revenge for local resistance activity.

After the Second World War, Charles de Gaulle said that its burnt-out remains should be left as a memorial, and the effect is stilling. 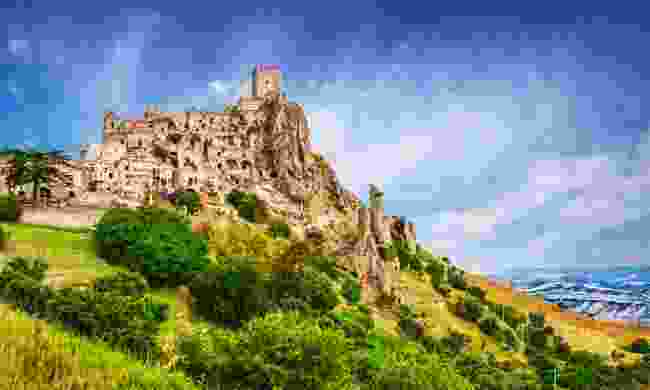 The abandoned yet beautiful medieval town of Craco, Italy (Shutterstock)

Set high in the badlands of southern Italy’s Basilicata region, the medieval town of Craco is a living cautionary tale.

By the 1960s, over-expansion had caused landslides that forced its 1,800 residents – some still living in medieval conditions – to move out. 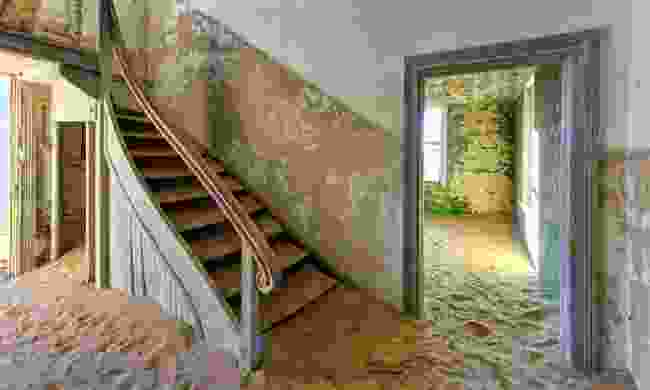 An abandoned house being slowly reclaimed by sand in Kolmanskop, Namibia (Shutterstock)

In the early 20th century, this isolated part of the Skeleton Coast was abuzz. Overnight, it had become one of the richest tracts of land in the world following the discovery of a seam of diamonds.

By the 1950s, it was tapped out and the tiny Germanic-looking town built up around it was left to the sands, to make an eerily photogenic site, along with the rest of the wrecks that line this stretch of Namibia’s coast. 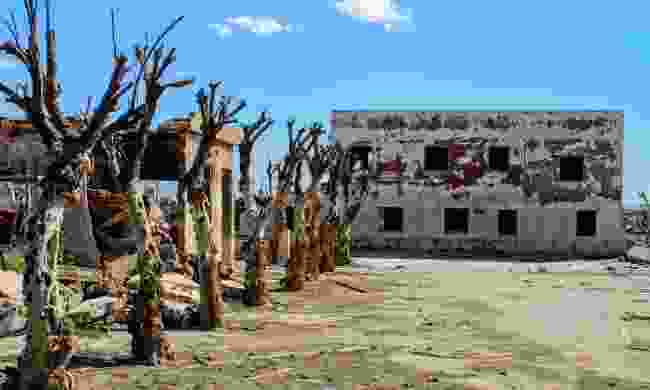 Ruins of the lost city of Epecuén in Argentina (Shutterstock)

What was once a popular spa town disappeared without trace in the mid-1980s. Swallowed by a flood, it remained lost until 2009, when the salty waters began to recede and the relics of this lost town resurfaced.

Lying 540km south-west of Buenos Aires, it is now accessible via a rough track lined with petrified trees – a ghostly snapshot of a town caught mid-step. 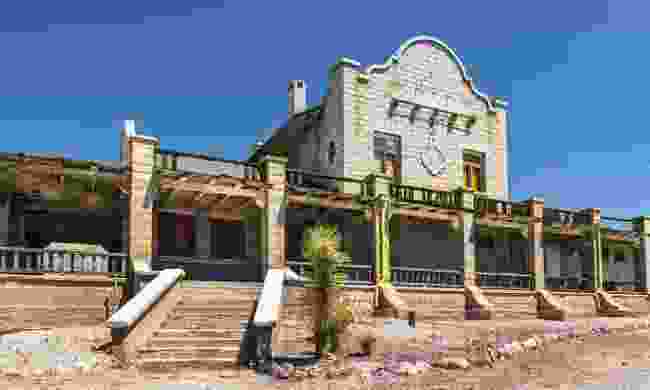 Rhyolite had just 12 years in the sun. Even by the standards of late gold rush-era boom towns, it was a short-lived affair.

The paint had barely dried on its new stock exchange when the rug was pulled from under this Death Valley settlement by a financial crash.

Since then, its empty banks and stores have been joined by art displays, making it one of the more unusual ghost towns of the US. 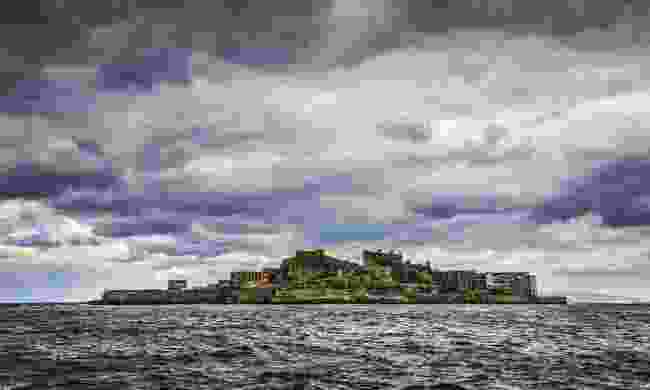 Only part of this fortress-esque ‘ghost island’ – better known as the villain’s base in Bond film Skyfall – is open to the public.

Ringed by a great seawall, it is tightly packed with high rises for the workers who once manned its undersea mine, and when that closed some 45 years ago, everyone left.

Now, visitors can only set foot here on an official tour from nearby Nagasaki, but this eerie metropolis (once home to over 5,000) is worth it. 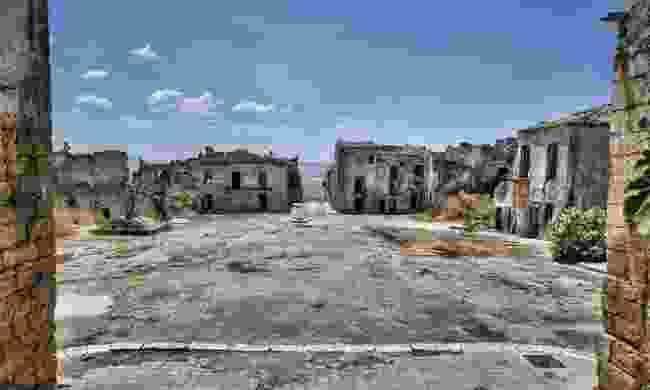 Tucked away in the Belice Valley in north-west Sicily, Poggioreale was destroyed when an earthquake hit the region in 1968.

Rather than rebuild the town, a new one was built a few kilometres away. The ruins are often used as a film set for movies about the Second World War. 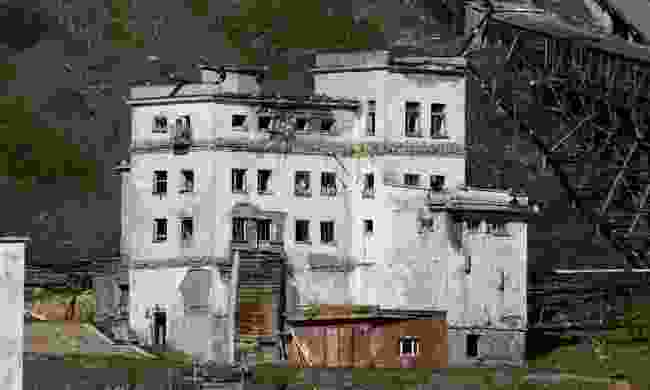 An old building and cityscape in Pyramiden (Shutterstock)

This mining community was founded by Sweden in 1910, but sold to the USSR in 1927. It has the most northerly statue of Lenin in the world, which was abandoned, along with the rest of the town and its infrastructure, in 1998. 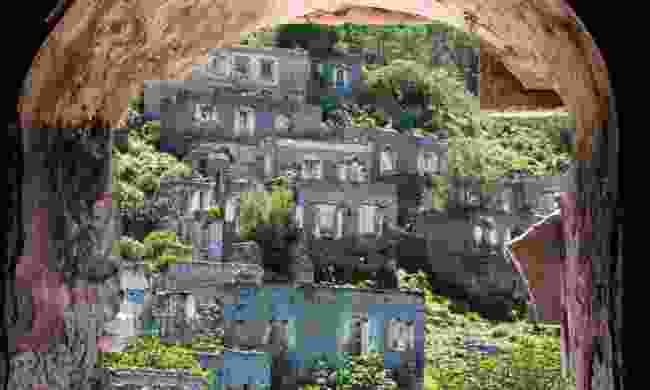 Originally known as Livissi, and populated almost exclusively by Greeks, this village 8km south of Fethiye was abandoned in 1923.

The ghost town is now preserved as a museum village, with hundreds of rundown Greek-style houses and churches. It is a popular stopping place for tourists visiting Fethiye and nearby Ölüdeniz. 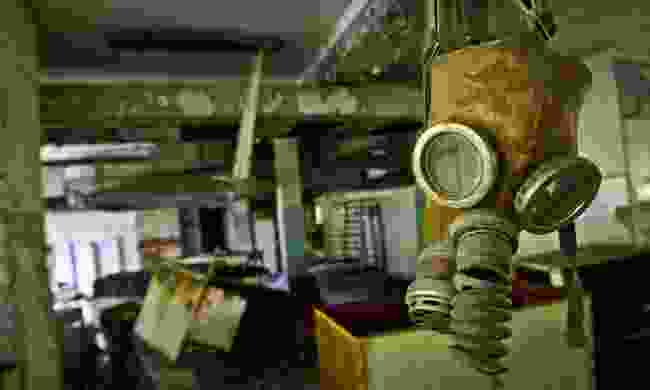 Abandoned after the Chernobyl nuclear in April 1986, this town has become a potent symbol of the inherent dangers of harnessing nuclear power.

It has also become something of a grotesque tourist attraction, with visits carefully timed to minimise the risk of over-exposure to high levels of radiation. 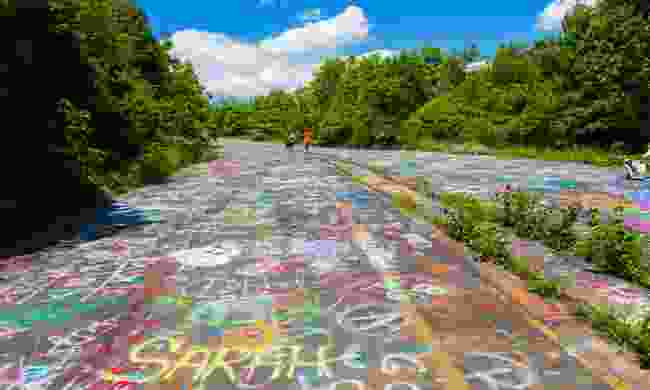 This coal mining town, first established in 1856, was abandoned after the coal seam caught fire in the late 1960s.

The fire still burns underground to the day, the effects being seen in the buckled and cracked highway leading into the town. 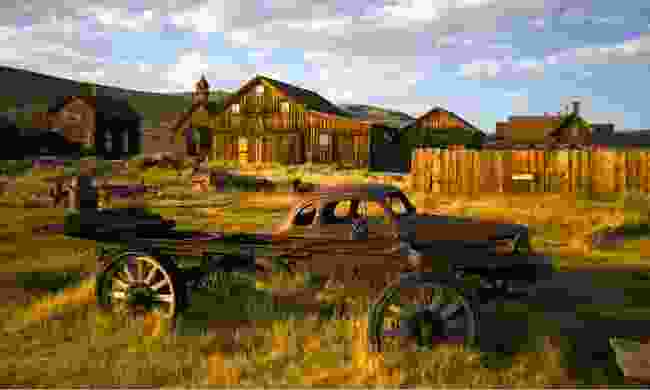 When the Standard Company discovered substantial amounts of gold-bearing ore in Bodie in 1876, the town was instantly converted from a small mining camp to one of California's biggest towns.

At its height, it had more than 2,000 buildings, but when the gold ran out, so did the population. It was finally abandoned in 1940. 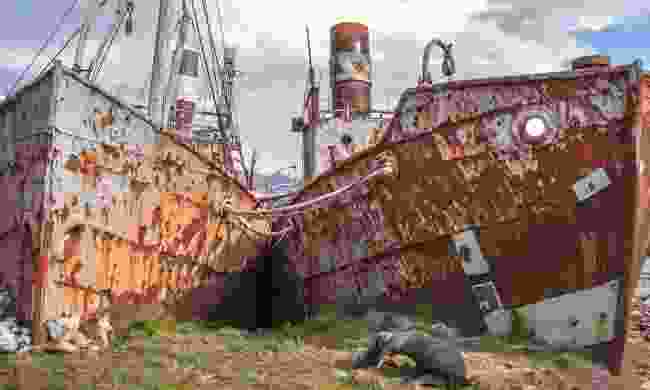 The settlement was established in 1904 by a Norwegian sea captain as a whaling station for his fishing company.

It was closed in December 1966, but the church is still used occasionally for marriages. The people had their own cinema, but it collapsed a few years ago.

Explore more places that will give you a fright:

15 Lost Worlds that are asking to be explored

These are the most haunted places in history

Would you spend a night in these haunted hotels?