Freak out! The UK's 9 most haunted pubs and hotels

With Halloween creeping up on us, we reveal the UK's eeriest and most haunted inns and hotels. From ghoulish seamen to slaughtered wives, do you dare cross the threshold to the other side? 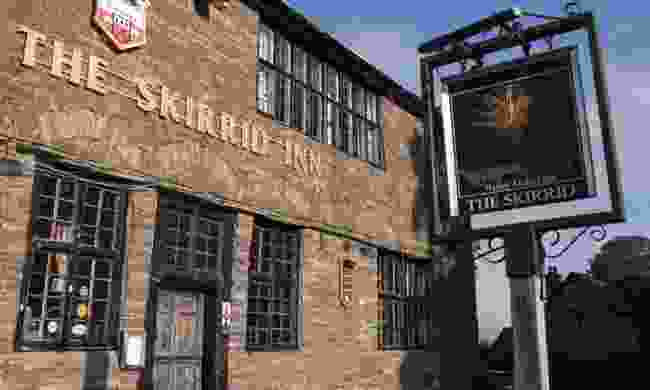 Skirrid Mountain Inn in Monmouthshire holds the title of the oldest pub in Wales, and is one of the oldest in Great Britain. This alone is enough to get the ghost hunters gathering and the inn has regular lovers of the paranormal visiting. A former landlady is one of the souls reported to haunt the inhabitants; other strange goings on include moving objects and strange noises.

Legend has it that prisoners were once treated to an overnight stay and then swiftly executed in this old-fashioned inn. The block where their bodies were laid can still be seen today. Around 180 people are said to have been hung here and some visitors have reported feeling the grip of the noose around their neck themselves... 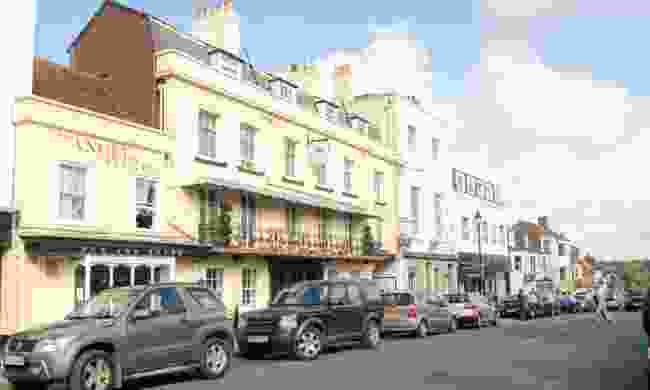 The Angel dates back to the 13th century and is reported to be home to at least six spirits – it's one of Britain's spookiest inns. Locals say one ghoul is a tall seaman who frequents the bar area, and another is a coachman who sits in the kitchen.

Ghoulish-goings-on include footsteps in the night and the sound of a piano playing... even though there's no piano anywhere at the inn. Freaky.

Boasting that it is the most haunted building in England, this 12th-century former inn has been the focus of many paranormal investigations and has appeared on television a lot. The inn was built in 1145 and is a former priest's residence.

Skeletal remains have reportedly been found here, as well as evidence of satanic rituals. The paranormal goings on have attracted many visitors and some have reportedly seen the ghosts. It's rumoured that people who have previously visited have needed to be exorcised. Stay if you dare!

Note that it is not operating as a pub these days, but visits can be arranged, and open days are held. Keep an eye on its website. 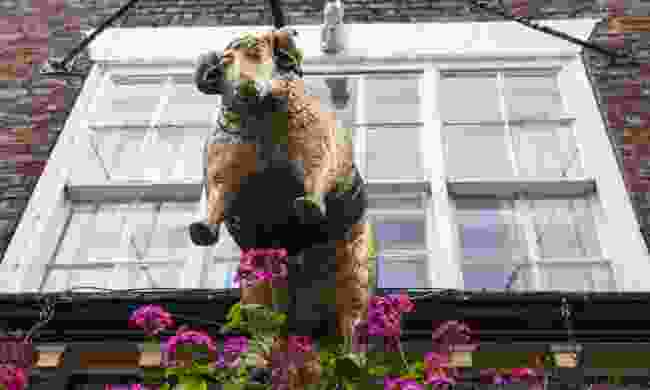 Regular ghost hunts are conducted at this Yorkshire pub – it dates back to 1503, and has a history of hauntings.

Geoff Monroe, a Canadian airman who stayed at the Golden Fleece in 1945, killed himself by jumping out of one of the windows. Visitors have reported being woken by Mr Monroe in full uniform and have felt his chilling touch. Footsteps can also be heard pacing up and down the dark hallways in the dead of night. 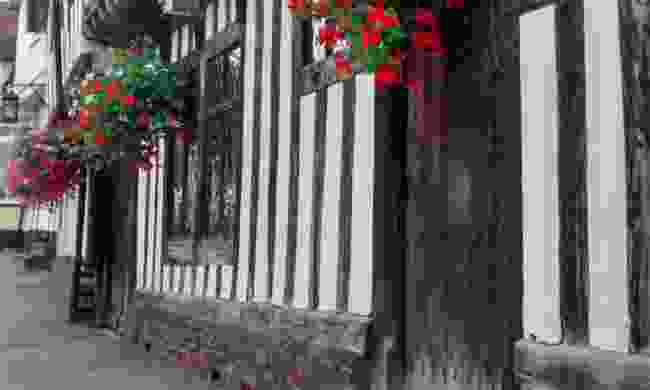 Records of ghost sightings in this hotel date back to the 19th century. A woman’s ghost is said to haunt this hotel; stay in room 15 if you want to encounter her, which is allegedly where her presence has been most often found.

Locals say the woman was a housekeeper and took her life by hanging herself; her ghost has been seen by many guests so be prepared to be scared. 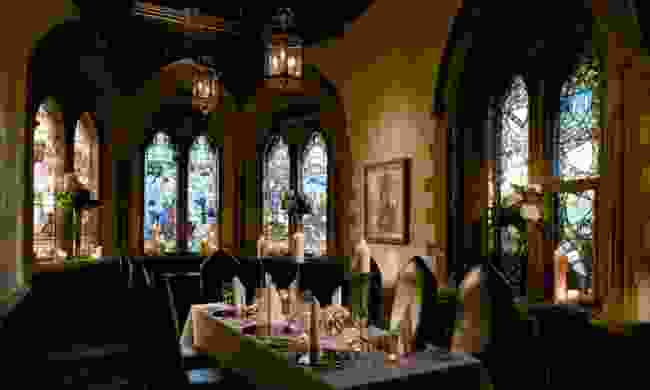 This Victorian mansion looks every part the haunted hotel – in fact, it was deemed spooky enough to be featured in the classic horror film The Haunting. The ghosts of a dog and a man have been spotted on numerous occasions, as well as a woman in a white gown.

The hotel is also said to be frequented by the mysterious ghosts of monks and servants. There is an abundance of history in the area – but be warned, it is extremely popular with tourists as well as ghouls so booking is essential. 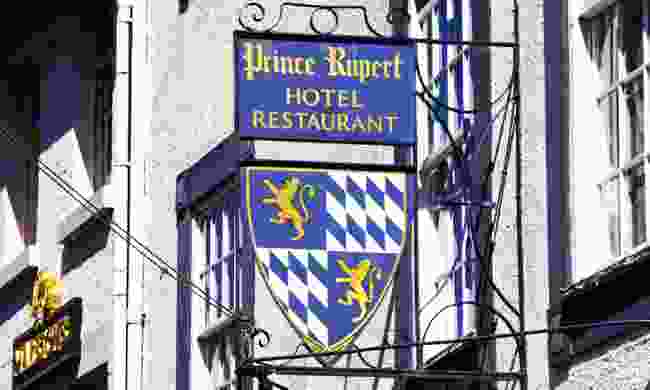 Situated in one of the most haunted locations in the United Kingdom is the Prince Rupert Hotel. The centuries-old Tudor building is found along the cobbled streets of Shrewsbury, which are apparently busy with spirits.

Stay in a Tudor suite for the best chance of making contact with the 'other side', and don't forget your camera: according to hotel staff, some of the ghosts have been captured by quick-fingered photographers. Now that's a photo album we'd like to see. 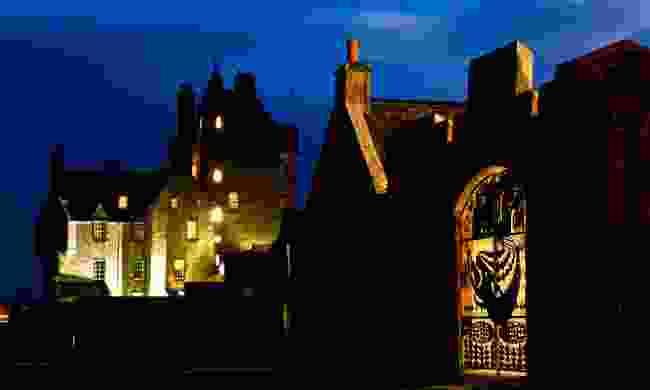 This 15th century tower is positioned in a magnificently macabre setting. The ocean provides a powerful backdrop and the isolation of the tower is enough to send a shiver down even the most skeptical spine.

Dating all the way back to 1476, the tower was once owned by the Keith family who battled with the rival Gunn family for many years. Legend says that Helen Gunn was abducted and trapped in the tower and died when she tried to escape. She is now said to walk the land of Ackergill Tower. 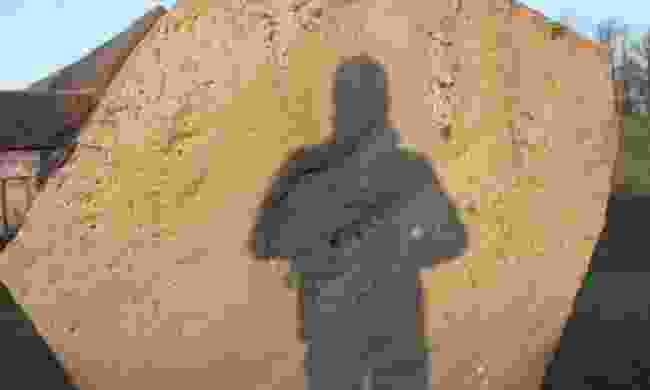 A mysterious shadow on an Avebury stone (Dreamstime)

Completely surrounded by an ancient stone circle that is older than Stonehenge, the Red Lion Inn in Avebury has long been a popular drinking spot for pagan pilgrims and apparitions alike. Built in the 1600s and trading as a coaching inn since 1802, the pub can count not one, but several ghosts amongst its clientele.

The ghost of two children haunt the Avenue bedroom, along with their mother who sits writing at a table, ignoring their distress. A phantom carriage, drawn by ghostly horses, clatters across the cobbled courtyard occasionally, but only when a close relative of the current landlord is about to die.

The pub's most famous ghost, however, is Florrie. During the English Civil War, Florrie's husband returned home to find her in the arms of another man and promptly slit her throat and threw her down a well (which is still a feature of the pub today). She has haunted the pub ever since and has a thing for men with beards. Indeed, she has been known to spin the chandelier to try and get their attention. Sadly, you can no longer stay overnight at the pub, but Wanderlust founder Lyn Hughes did back when you could, and has many a tale to tell of Florrie...!