A short drive north from Stonehenge is the unsuspecting village of Avebury, where equally fascinating stone structures and crop circles wait to be explored. We uncover its mysterious Neolithic past...

The truck driver behind me was probably fuming as my car meandered along the narrow lane, fields of golden wheat and barley swaying on either side. There was no way I was going to speed up, as there was plenty to see: crops being harvested; ancient tracks stretching across the chalk downland; swooping swallows; clumps of wildflowers; clouds of butterflies; to my left, an atmospheric ridge of hills.

I rounded a bend and spotted one of Wiltshire’s white horses, a huge shape carved out of the chalk on the side of Milk Hill, the highest hill in the county. Below it, in a field of barley, sat a large crop circle.

It’s not easy being a farmer in the Avebury area. While crop circles are found all over the world, Wiltshire is circle centre – and they can result in thousands of pounds worth of damaged crops. On top of that, further damage may be done by the inevitable sightseers. It’s no wonder some farmers cut them out as soon as they find one, while others charge for access.

I couldn’t resist signs pointing to a little hamlet named Honeystreet. There I found my way to The Barge Inn, which sits on the banks of the Kennet & Avon Canal. Supping half a pint of the inn’s own Croppie beer, I sat in the garden, gazing at the white horse and the circle.

A local at the next table was dismissive. “It’s a simple one,” he explained. “It hasn’t been made by one of the usual croppies. There are lots of amateurs out there now.” It clicked that the beer I was drinking was named after the people responsible for making the circles.

I was disappointed. Part of me wanted to believe that the area’s intricate patterns are created by an unknown force – not that they can be credited to Banksy types working by moonlight. 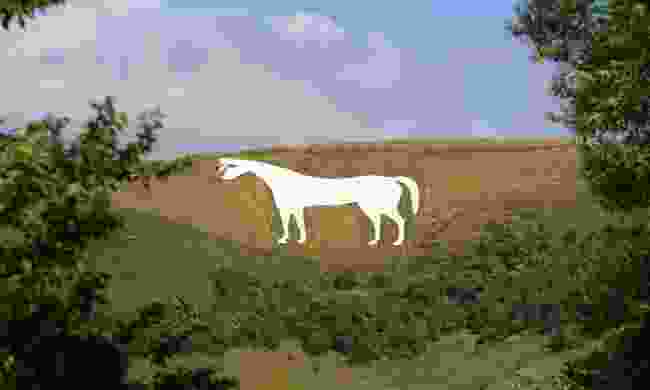 One of Wiltshire's White Horses (Dreamstime)

There are still believers who insist that at least a few crop circles must be made by non-human hands. They say that the phenomenon dates back centuries, and that some of the patterns are too complex to be made in a few hours by mere mortals. However, even if sceptics think they can explain crop circles, they certainly can’t solve the mystery of nearby Silbury Hill.

Today a smooth mound, it was built some 5,000 years ago, over a period of 200 years, layer after layer being added until it was a stepped pyramid shape. It would have been a spectacular and literally dazzling sight: chalk-white and the tallest man-made object in Europe. But why was it built? And why here?

There was clearly something special about this area. Around 4,000BC, the nomadic hunter-gatherer way of life began to be abandoned, and agriculture was adopted. Whether immigrants brought these new ideas, or whether the native Brits evolved into farmers is debated. What is known is that these early Neolithic people settled on Windmill Hill, just to the north of Avebury. 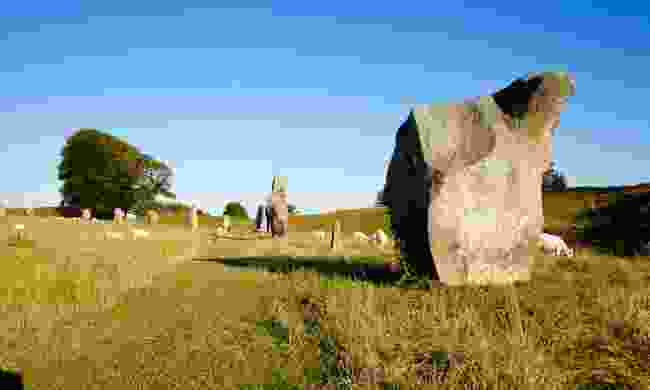 Over the next few hundred years they built large burial mounds in the area. These were followed by the great ditch and bank of Avebury Henge, and then a giant stone circle. There were two smaller stone circles within the larger one, and two avenues of stones leading off them. Within one of the circles stood three stones known as The Cove, its purpose unknown. And then they built Silbury Hill, which has similarities to the Egyptian pyramids, also built around this time. In short, this huge, complex site was a true wonder of the world.

Over the centuries, it fell into disuse, although the Romans visited as tourists. In medieval times a village grew up within the site; some of the stones were used as building material. Other stones were toppled by god-fearing locals who were superstitious of the site’s pagan heritage. Luckily, in the 1920s, marmalade heir Alexander Keiller became fascinated by Avebury and spent his fortune undertaking archaeological excavations and restoring what he could.

We featured Avebury in the first ever issue of Wanderlust. When I first visited more than 20 years ago, Avebury was relatively unknown, despite being larger and older than Stonehenge. Back then, you could walk up to the top of Silbury Hill to gaze over the stone circles, a little over a mile away; you could park in the small village car park or along the main street. Today, there is a purpose-built car park outside the village, and several coaches were lined up as I pulled in, having disgorged parties of French and German visitors.

Fortunately, there is a large area to soak them up. There’s the pretty village, an Anglo-Saxon church, the manor house, two small but interesting museum galleries, a couple of shops – and that’s before you start strolling around the stones themselves. 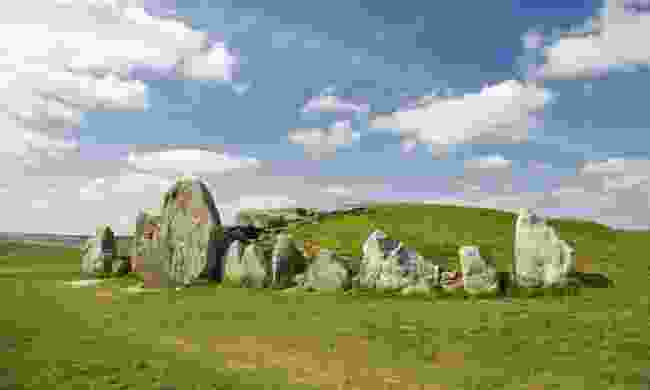 Venture a little further at Avebury, and you can soon have a Neolithic view to yourself. For, like Stonehenge, 40km away, this is more than a stone circle, but a whole landscape of monuments. As well as the remains of the circles and Silbury Hill, you can visit West Kennet Long Barrow – one of the most impressive burial chambers in Britain – and the Sanctuary, a site that had its own double stone circle 4,000 years ago.

I strolled down West Kennet Avenue, a broad trail marked by pairs of stones, some missing but denoted by markers. My visit coincided with a three-week archaeological dig at a spot Keiller had identified back in the 30s as a Neolithic rubbish dump. While the results of this latest dig will take months to analyse, archaeologists have already concluded that people were living on this spot before they built the Avenue.

Back in the village, I popped into The Henge Shop to buy a pair of dowsing rods, my last pair having been purloined by some overseas guests. On that first visit, 20 years ago, a lady in the museum had suggested we borrow her rods – simple L-shaped pieces of metal. From then on I’d become hooked on this ancient method of locating ley lines, even taking a course here. 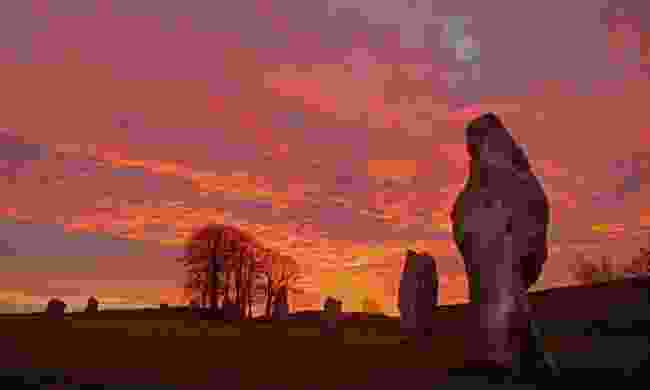 The strongest reaction from the rods occurs in the area known as The Cove. Today just two of the original three stones remain. No one knows the purpose of these Neolithic coves, which are found in other stone circles too. Were they used for ceremonies? Or fertility rites?

Certainly, it is tempting to think of the two stones as male and female, one being tall and slim, the other broad across the hips.

The ‘female’ stone, which is over 4m high, has been found to be at least 2-3m below the ground too, making it the largest stone here. It is also believed to have been erected around 3030BC, making it the site’s oldest stone. Whenever I dowse here, the rods, instead of swinging together, swing violently backwards. Another mystery.

Before I left Avebury, I wanted to hang out around the female stone for a while. But as I approached, a man advanced, a look of awe on his face. He stopped in his tracks, his face animated as he stared at The Cove in wonder. He approached ‘my’ stone and sat at its base.

Initially disappointed at not having the place to myself, I then had to smile at his reaction. After all, this is what Avebury is about: it’s an accessible, living window into the past, producing more questions than answers. You can stroke the stones, sleep at their bases, have a picnic in their shade or just sit in wonder.

I went to the other side of the female stone and gave it a pat and an au revoir. After all, I’d be back.

Access to the sites is free. Parking is available and entry costs to the museum and Avebury Manor can be checked here.

Large number of crop circles appear within a few miles radius of Avebury from late-May to mid-August. If viewing them, please do act responsibly. Many farmers don't allow access (understandably), so do respect their wishes. If there is access, stick to paths and don't trample any crops. If the farmer is requesting a fee, please do pay.