Cut into the rolling hills and chalky grasslands of England, these enormous figures have quelled unhappy troops, upset kings and hosted pagans across the ages – and now they greet modern-day hikers Close up of the Westbury White Horse (Dreamstime)

Carved into chalk grassland, just below the site of the Bratton Camp Iron Age hillfort in Wiltshire, the Westbury White Horse was originally cut in the late 1600s. Legend suggest it was created to commemorate King Alfred's victory at the Battle of Eoandun here in 878. 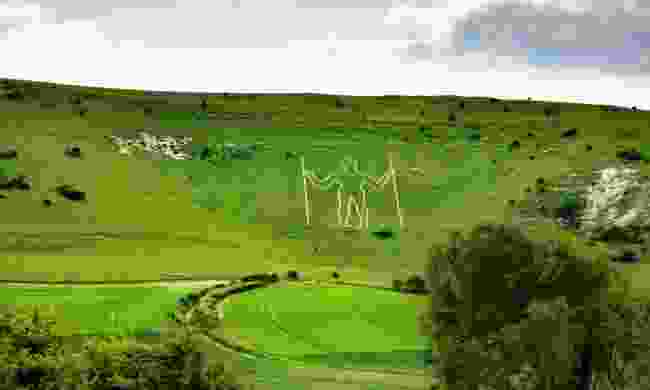 The Long Man of Wilmington is a hill figure on the steep slopes of Windover Hill near Wilmington, East Sussex. One of two human hill figures in England, it is a popular gathering spot for Neo-pagans throughout the year. Once thought to be from the Iron Age, recent studies suggest the 235ft figure was cut in the 1700s. 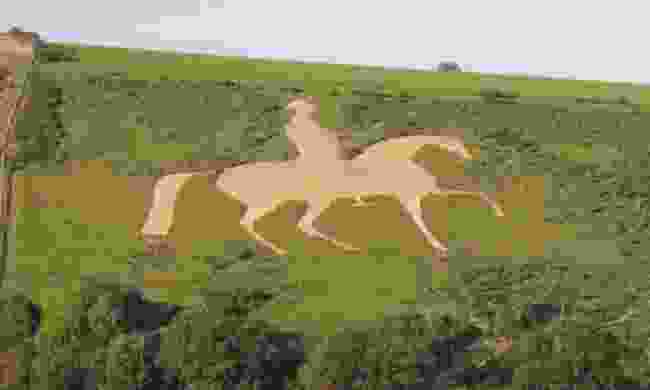 Sculpted into limestone hills north of Weymouth in 1808, the Osmington White Horse is a depiction of King George III riding his famous steed. The figure is shown riding out of Weymouth, suggesting he wasn’t welcome, something that aggravated the King. So much so, he never returned. 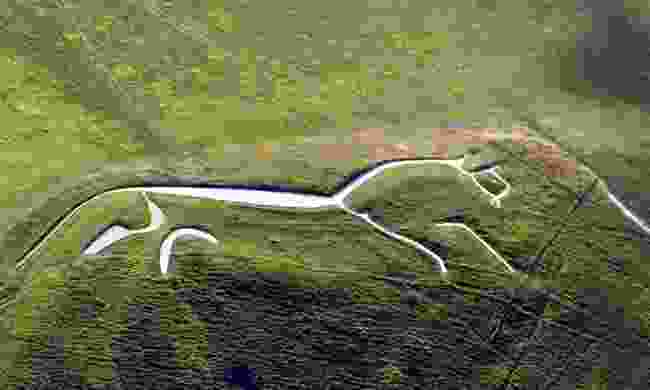 The Uffington White Horse from above (English-Heritage.org)

Despite being very modernist in design, the Uffington White Horse near the town of Wantage is in fact the oldest chalk-cut hill figure in Britain. Experts suggest it is over 3,000 years old. Make sure you also check out Wayland's Smithy, a neolithic tomb located nearby. 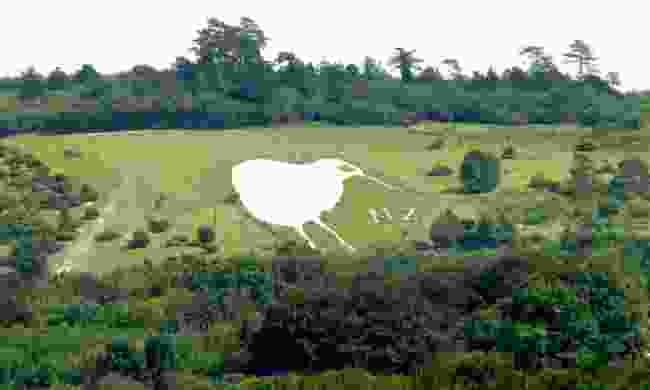 Arguably the most out-of-place chalk figure on the hills of England, the Bulford Kiwi was cut into Beacon Hill in Bulford by New Zealand troops waiting for a ship to take them back home after the First World War. When the disaffected soldiers threatened to riot, the commanders kept them busy carving the kiwi. It is still visible today. 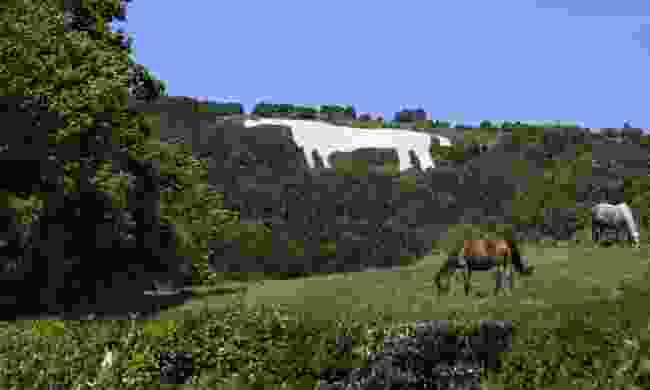 The largest and most northerly hill figure in England, the Kilburn White Horse was carved into a chalk hill in the North York Moors National Park by a local resident who had been inspired after visiting the White Horse at Uffington. On a clear day, the horse is visible from Leeds, 28 miles away. 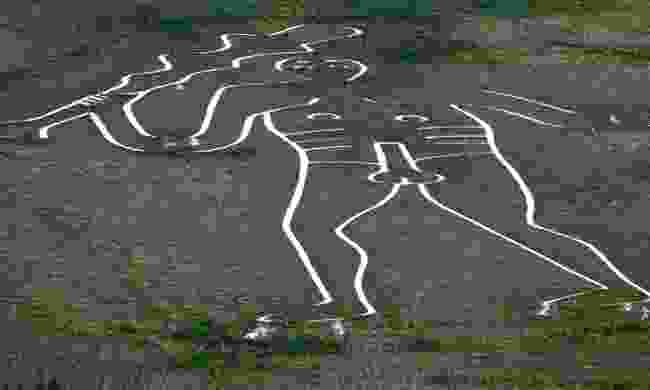 Also known as the ‘Rude Man’, the Cerne Giant near the village of Cerne Abbas in Dorset is an anatomically exaggerated figure of a naked man, best viewed from the opposite side of the valley or from the air. Early suggestions that the figure was from prehistoric or Roman times have proven fanciful, with medieval writing making no mention of it when describing the hill. It is more likely that it is only 400 years old, with the top layer of chalk even younger. The giant was ‘re-chalked’ in 2008.