A 2-day walk from Scarborough to Whitby, along the Cleveland Way

As North Yorkshire’s Cleveland Way marks 50 years as a National Trail, Gareth Clark walks the historic coastal section from Scarborough to Whitby in search of its wild past… 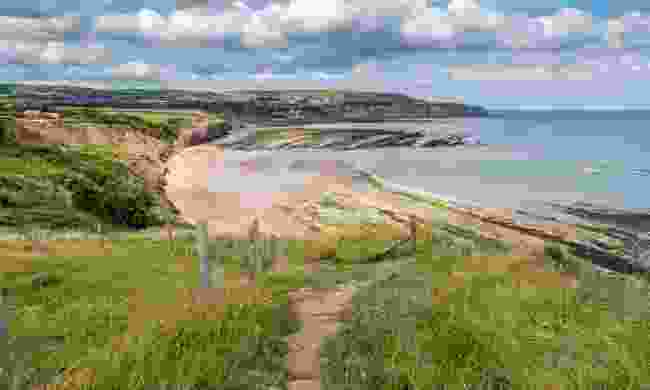 What is the Cleveland Way? (Shutterstock)

By 1969, England had its second National Trail: a 177km cli­fftop roller coaster fringing the North Yorkshire coast up from Filey before arcing inland to Helmsley.

Known as the Cleveland Way, it is wreathed in stately cli­ffs and gothic ruins, but for those after a taste, the 35km stretch from Scarborough to Whitby is the trail in microcosm.

This shorter walk can be done in two days and is just as striking, yet as I gazed from Scarborough’s headland, the long slivers of shore whittling into the sea, it wasn’t just the views that caught my eye but the wild stories behind them. 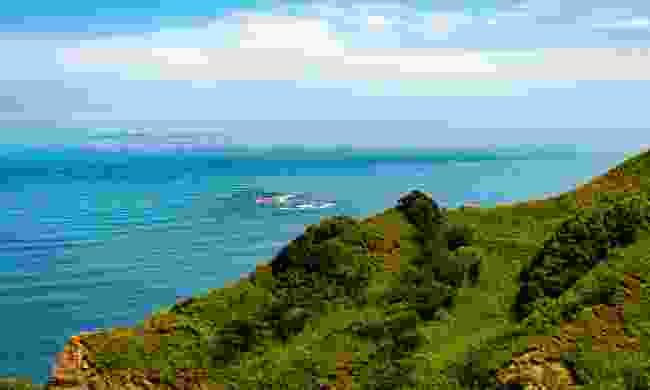 Further along, the trail wound to Ravenscar, the seaside town that wasn’t. This ghostly Victorian boondoggle faltered when its investors asked: “Where’s the beach?” It was never finished, yet another nearby folly was.

In the 1800s, Raven Hall’s owner spent a fortune blasting its gardens and battlements out of the rock. Alas, tales of him losing it all in a bet on an insect race are false, but the seal colony below is very real.

I strolled on to the alum works that were once the region’s meal ticket. In the 1500s, alum (used to set dye) was shipped in from Rome until the Reformation required a new supply.

So, local man Thomas Chaloner set out for Italy and ‘kidnapped’ the Vatican’s top boffins to find the secret of its processing: urine. 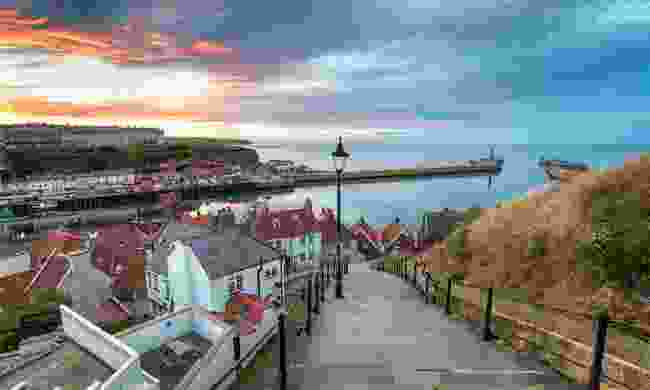 The steps down to Whitby (Shutterstock)

By the 1600s, not even the Pope’s curses could stop the new alum industry shipping tonnes of stale wee up from London – and gifting us the immortal phrase, ‘taking the piss’.

I overnighted in the scenic village of Robin Hood’s Bay, its cobbles cascading down to the water. Even this was built on local cunning, though, and beneath its cottages I was shown a web of tunnels from when sailors would ferry in illicit goods, pushing them up via trapdoors and inventing Scooby Doo-esque ghost stories to scare o­ff any meddling kids.

The trail wound on, past bright yellow gorse, gnarled cli­ tops and even gnarlier tales. As I finally spilled down the 199 steps to Whitby, limbs aching, it wasn’t just the 50 years of the Way that I felt, but the full weight of this historic coast: ghosts, follies and all. 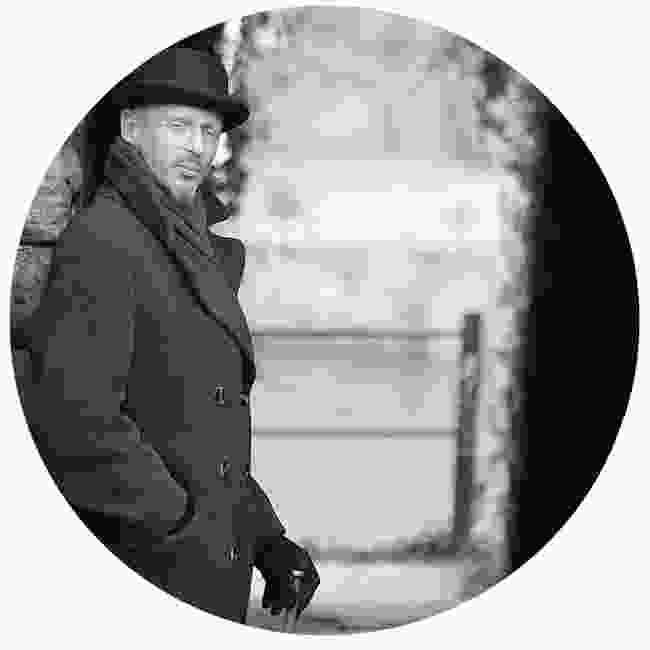 “Robin Hood’s Bay has plenty of hidden sights, including the entrance to King’s Tunnel where smugglers used to hide contraband and, of course, the Bay Hotel that Mina and Lucy visited in Bram Stoker’s Dracula” 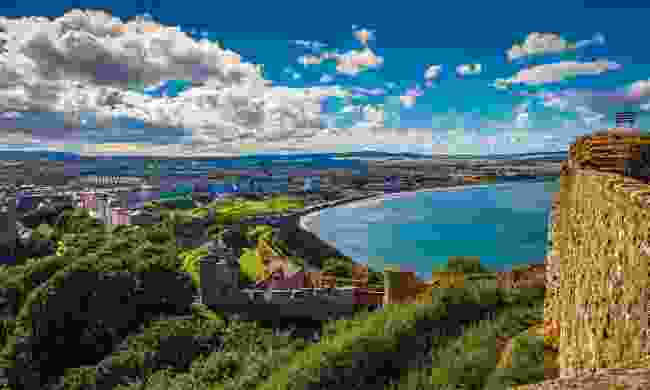 Scarborough Castle and the beach below (Shutterstock)

The first day is steep going, and has the bulk of the walking (22km). Start at Scarborough Castle, which skims the headland where Parliamentarians, Nazis and loose-bowelled seabirds have all laid siege. Scour for porpoises in the water, then cross town and join the Cleveland Way at North Bay Beach.

Thick gorse, dizzying cliffs and rugged pasture mark the first few kilometres, before descending to the cute beech-forested streams of Hayburn Wyke (rest up at the inn).

Then it’s all uphill until the ruins of Ravenscar Radar Station, part of a 1940s chain of defences that ringed the UK to warn of German attack.

Next up: Ravenscar, the town that never was. Recuperate with high tea at Raven Hall, then descend its cliff steps to see a colony of grey and common seals below (pups arrive in June, July & November), being sure to keep at least 10m distance.

Back on the trail, wind the ruined Peak Alum Works to Boggle Hole. At low tide you can walk the beach to the old fishing village of Robin Hood’s Bay. Finish with a Ghost Walk, listening to old smugglers’ tales and legends, before resting up. 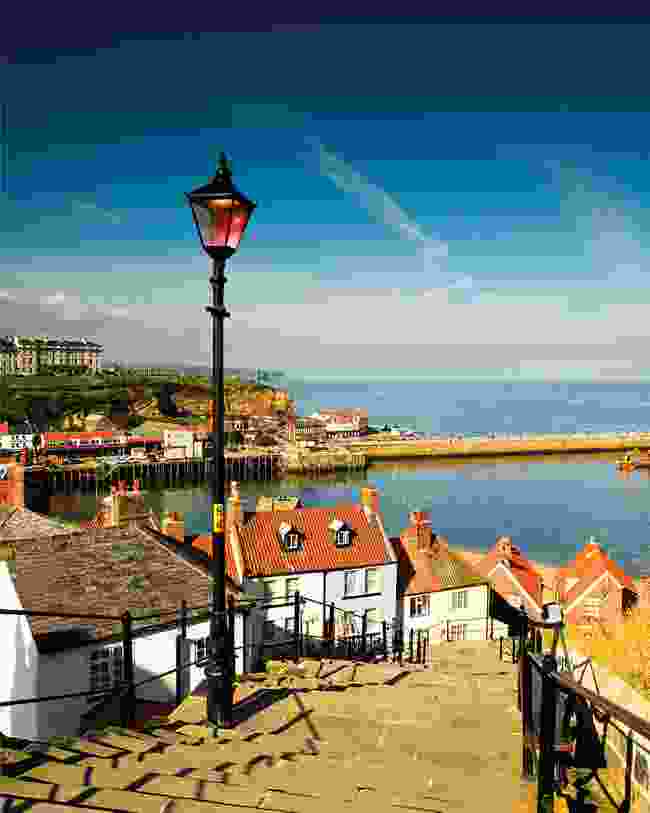 The 199 steps (Welcome to Yorkshire)

The second day’s walk is a quicker affair. At just 12.8km, it’s only three hours to Whitby, but there are many testing rises to match the raw views of rough crag and rocky shore, and the scenery here rarely lets up.

The skeletal ruin of Whitby Abbey is the first sight of town. It has only just reopened but has lost none of its gothic leer.

Descend the 199 steps – one of many local sights featured in Bram Stoker’s Dracula – and stop for an unbeatable fish supper in town at Magpie Cafe (see ‘The essentials’).

A visit to the Whitby Museum reveals a hoard of Victoriana, including the ‘Hand of Glory’ – a mummified human hand said to have soporific powers if lit like a candle.

Finish at the Captain Cook Memorial Museum; the locally born explorer once plied his trade by shipping urine to the alum works here, but it’s his grander exploits that make these displays.

Where else can you stop off near Whitby and Scarborough? 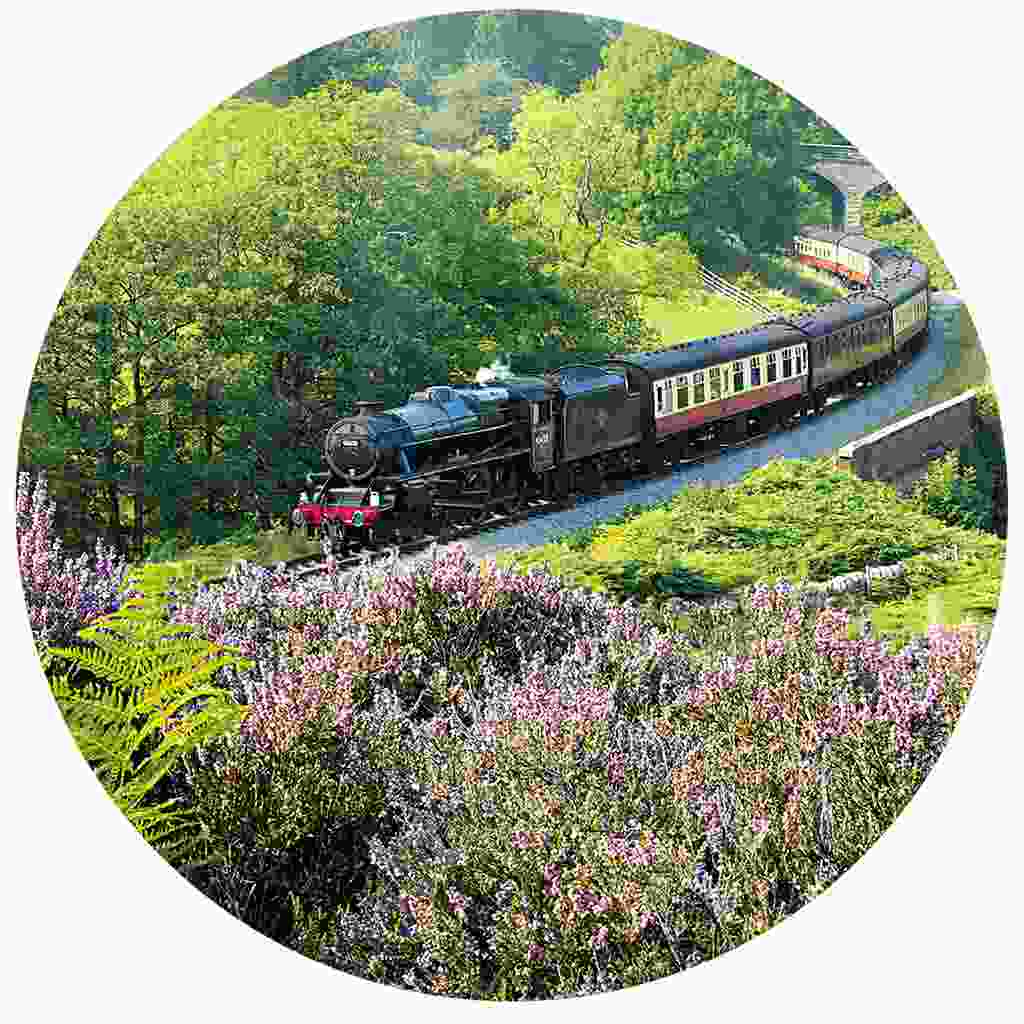 Back in the 1960s, most of North Yorkshire’s coastal railway was ripped up, as it just wasn’t profitable.

Luckily, the track linking Pickering and Grosmont (and on to Whitby) was saved by locals. 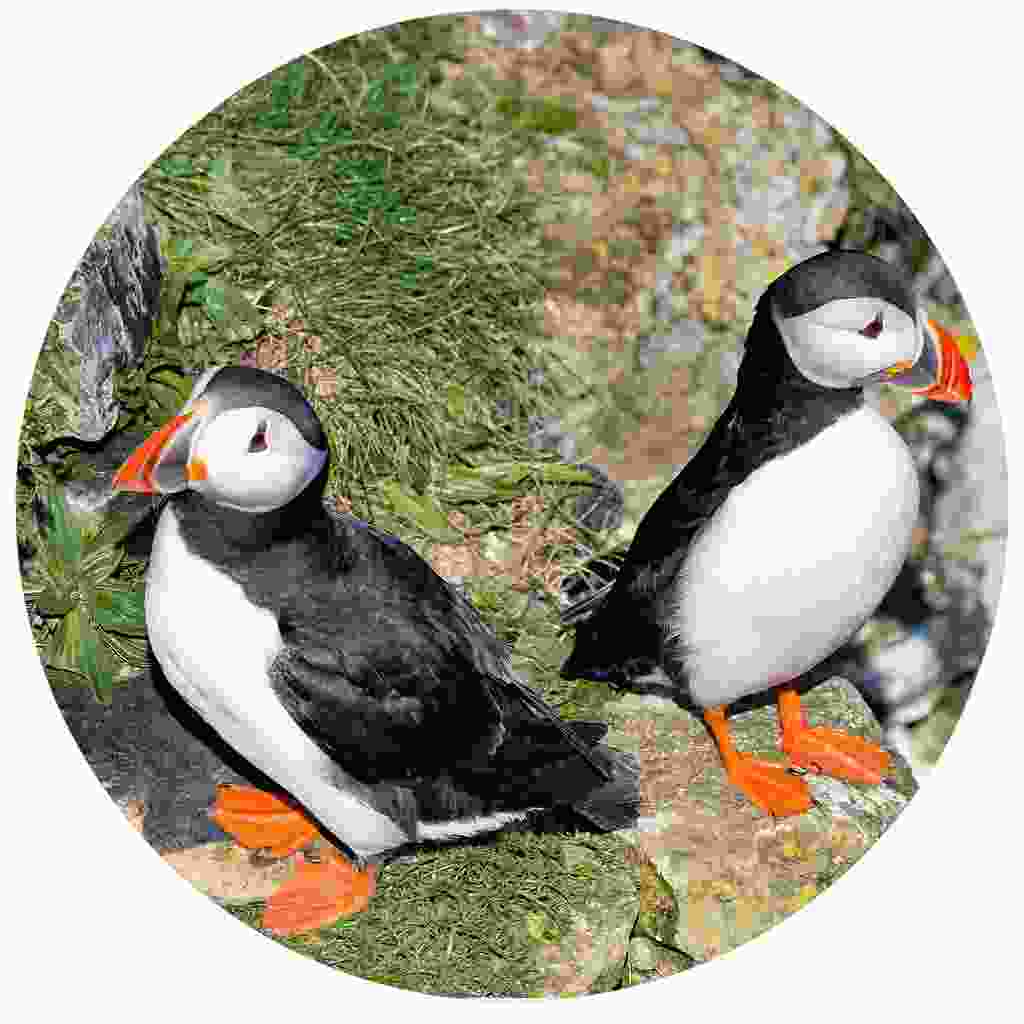 South of Scarborough, the cliffs of Bempton and Flamborough shake with 500,000 seabirds from April to October, with cliff walks and cruises to spy its puffins a must.

Also, late summer in Whitby sees whale watchers heading out to sea to spot minke, fin and even the odd humpback (September only). 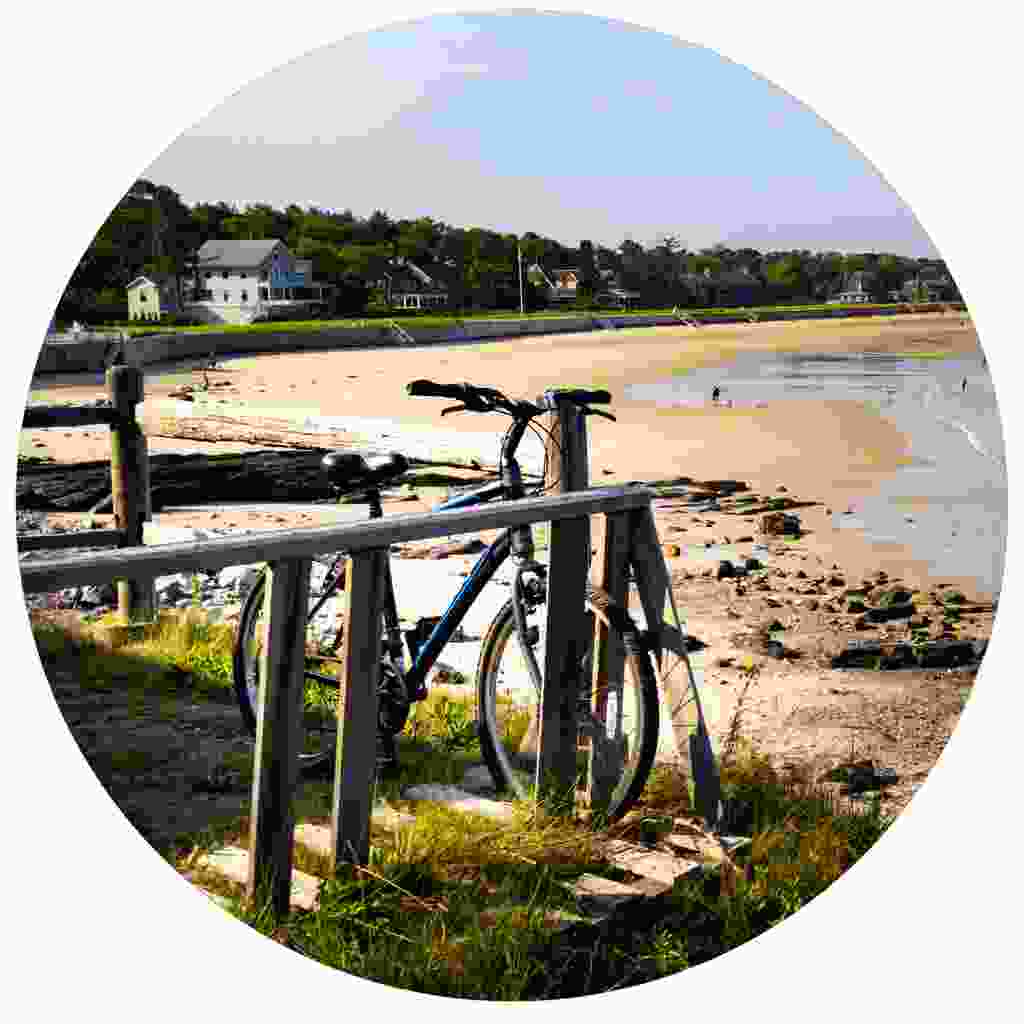 The 34.5km Whitby-Scarborough railway met its end in the mid-60s, but has since been reborn as a cycle path.

It’s a scenic, if bumpy, inland alternative to the Way.

Trailways rents bikes and can arrange to ferry your luggage, letting you pedal freely.

Where to eat, drink and sleep on the Cleveland Way Also, the Alpinestyle Alpamare spa is a good spot to rest weary bones, before or after your walk, and its heated outdoor pool has some excellent views out over the coast. 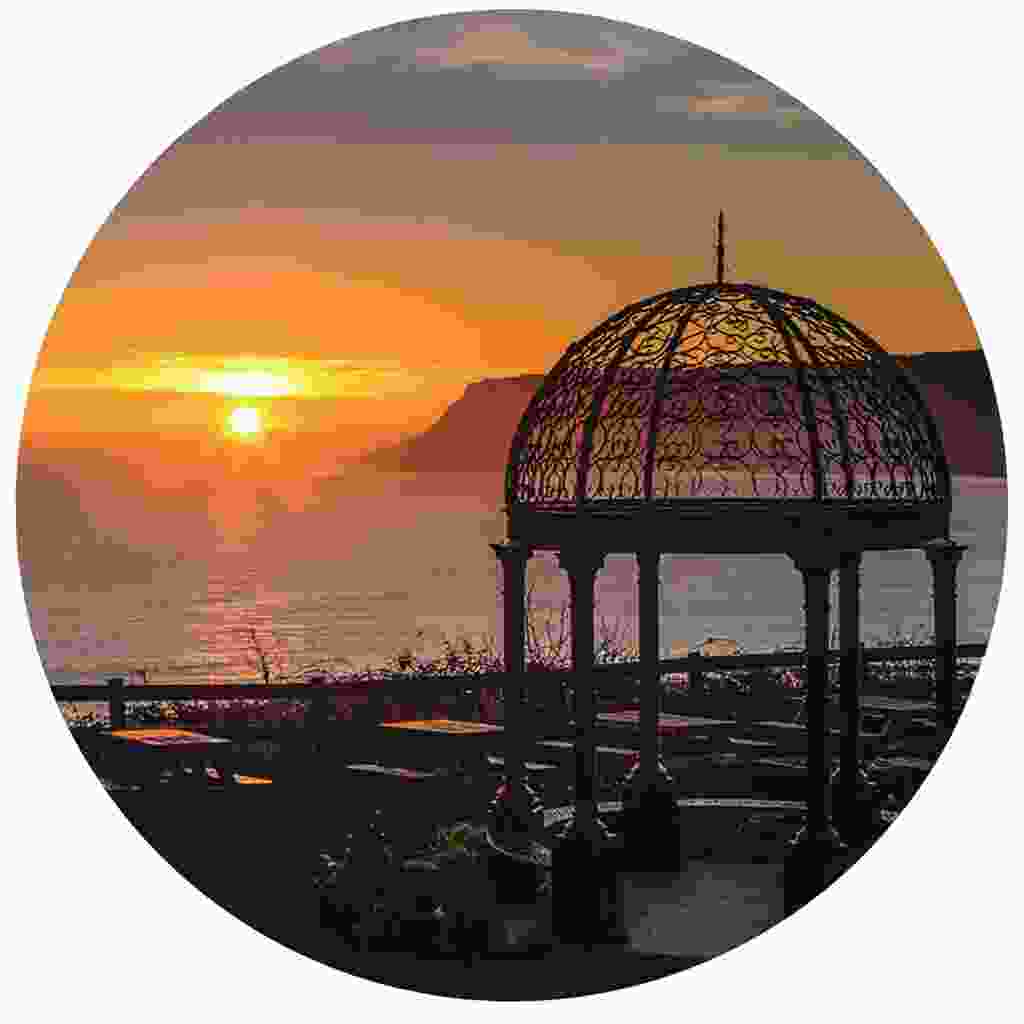 The Victoria has views to make a sailor weep and a fine restaurant.

Also drop by the new bar at Smugglers – its bistro still has an old ‘smuggling hole’ from when goods were ferried into town via hidden tunnels. 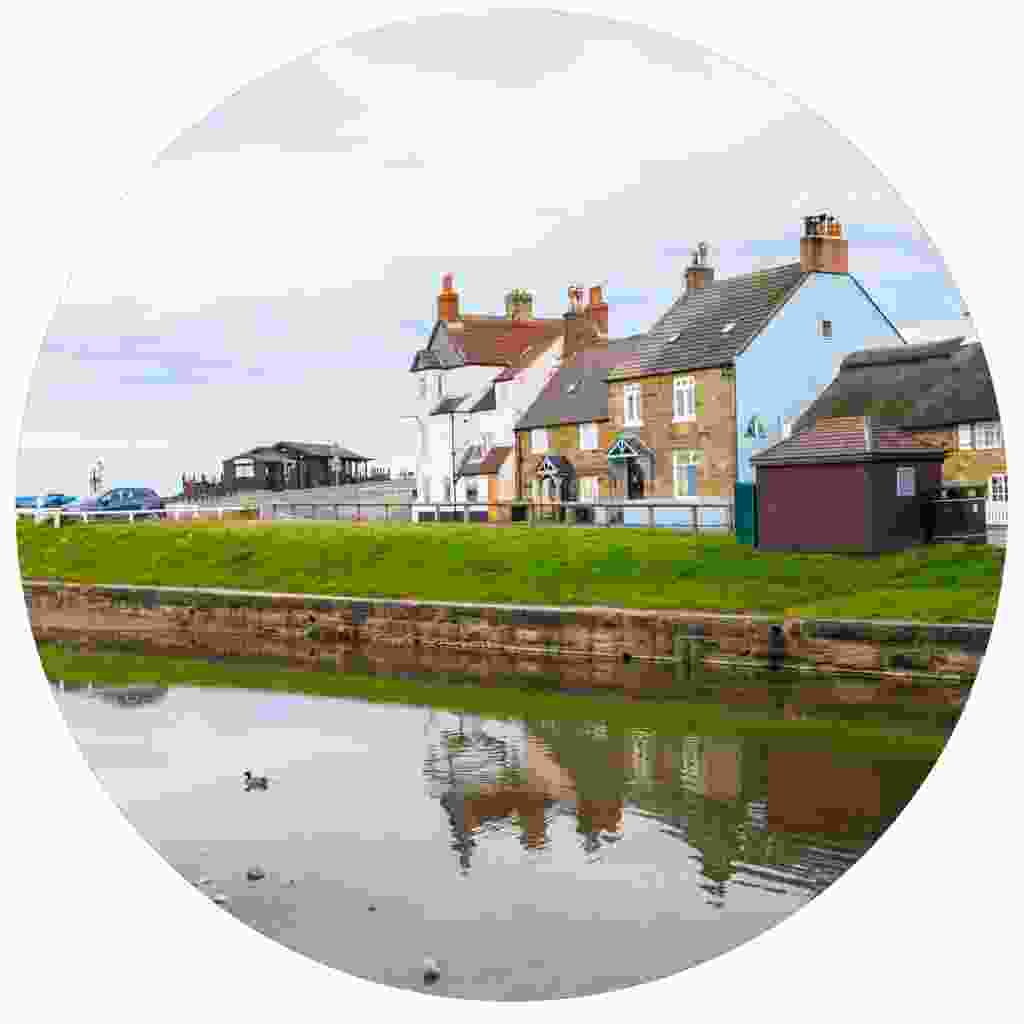 When the tide’s out, walk the beach to Sandsend’s Estbek House, a bijou little restaurant with rooms that has a great seafood menu and a cosy setting in a grand Georgian townhouse. Full-board doubles from £240.

Back in town, Magpie Cafe fries up the most indulgent fish ‘n’ chips this batter-fixated writer has tasted.

Try one of these incredible walks in the Cotswolds

Or why not have a stroll through these picturesque parts of Devon?

Find out about the wildest hikes Wales has to offer