These breathtaking images of lions in their natural habitats were snapped in Tanzania, Kenya and Botswana's national parks, and feature in the new charitable photography tome, Remembering Lions... 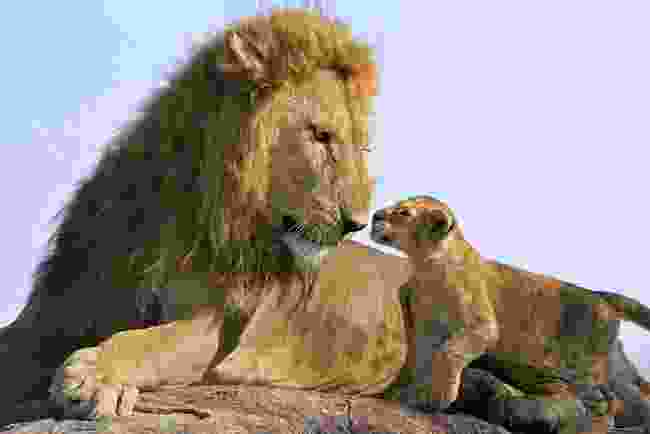 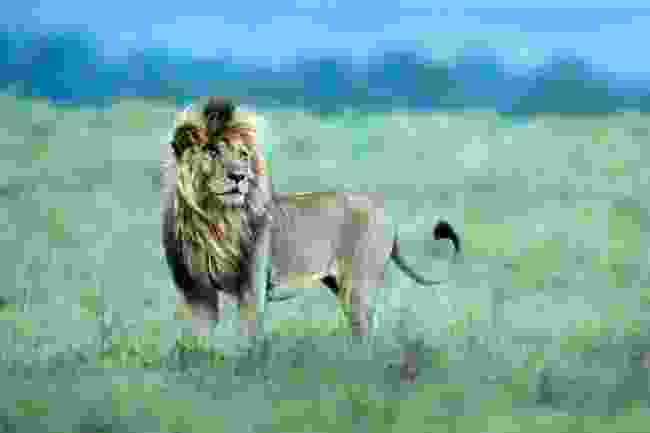 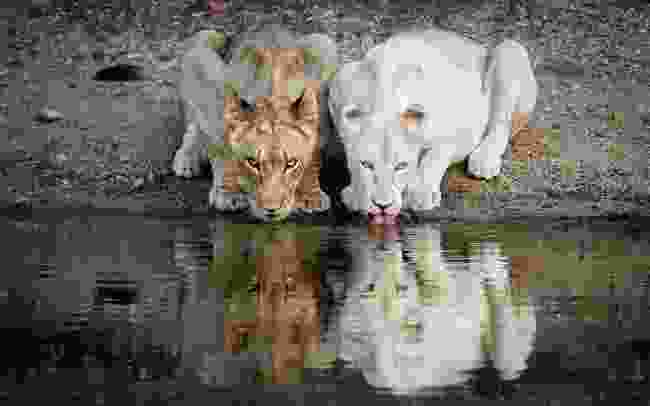 “This image was taken of one of the resident prides of lions in the Timbavati Private Nature Reserve, South Africa, and shows a rare white lion having a drink alongside its tawny cousin.

Despite their seemingly disadvantageous colouration, white lions in this region of the Greater Kruger Park have shown that they have what it takes to survive in the wild.” 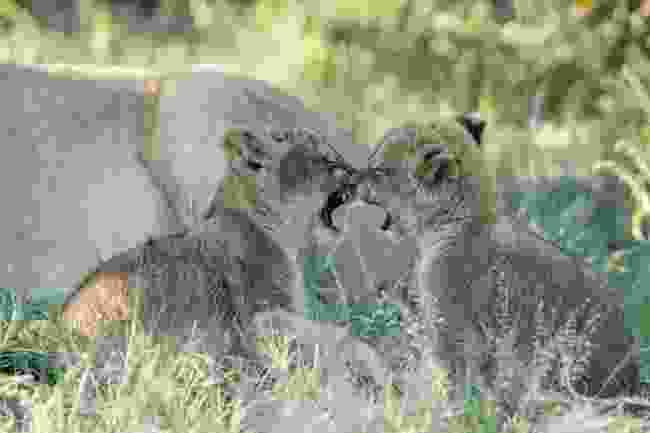 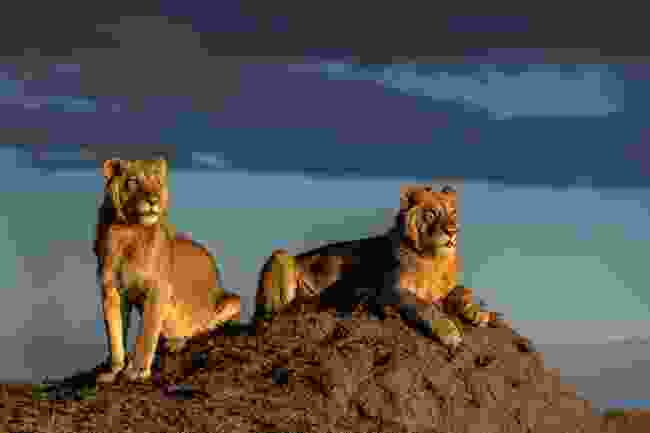 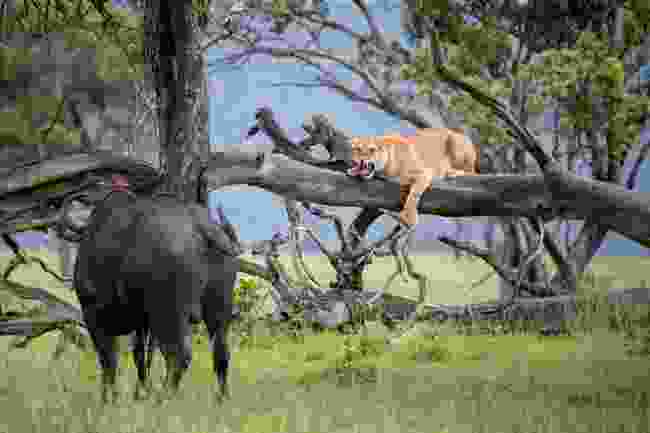 “A lioness was separated from her pride as a herd of cape buffalo forced her to climb to safety, inside a pile of downed trees.

The lioness projected aggression towards the buffalo, who were unfazed by the ceremonial hisses.” 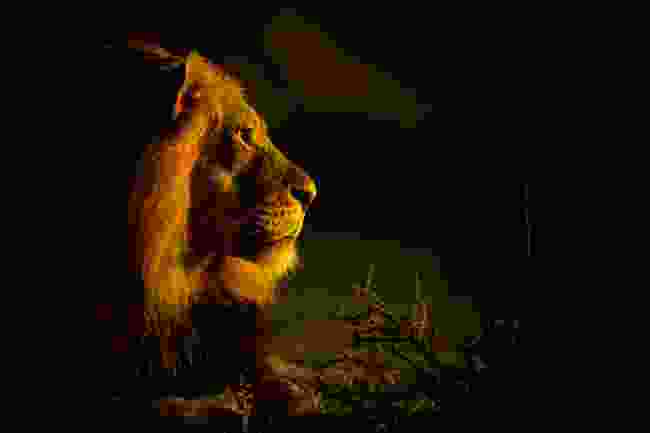 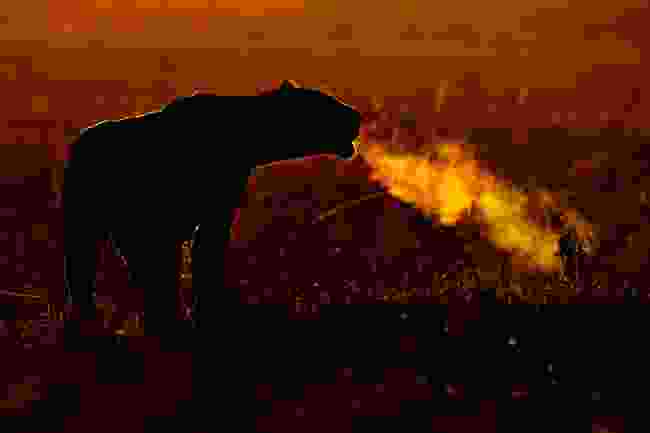 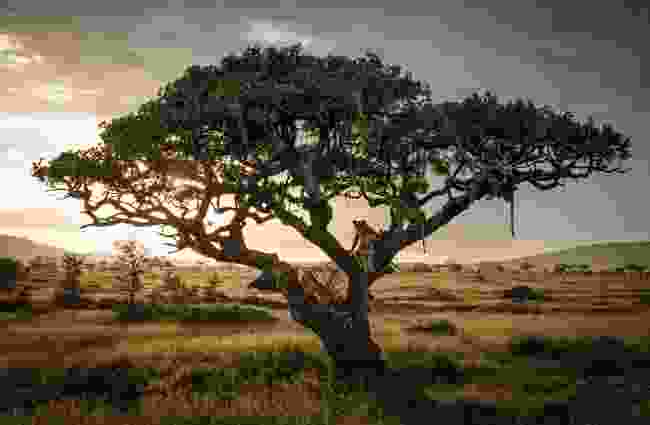 “These four brothers in their prime had recently displaced the dominant pair at Ndutu, Serengeti.

It had just rained heavily so they were all washed and dried. They were asleep when we found them so we waited until they awoke.

I have wonderful video of them then bonding like gentle, loving siblings. Then a zebra appeared on the horizon and in a millisecond they turned into this totally unified killing machine. Awesome.” 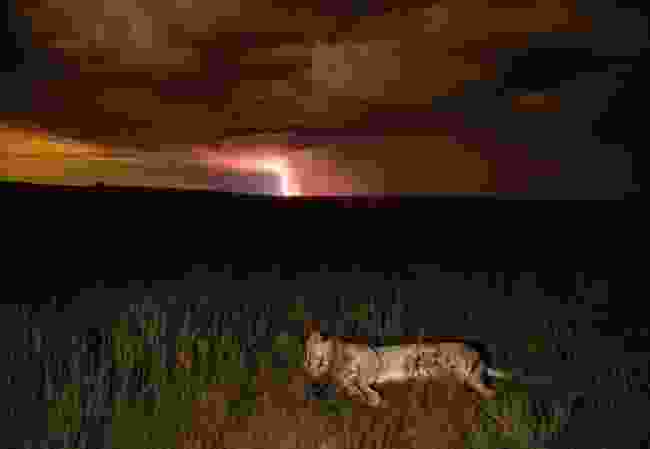 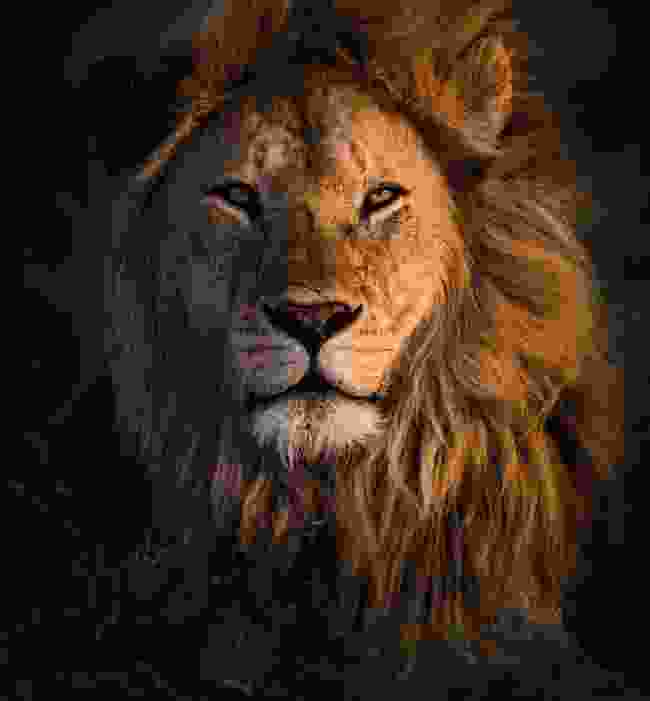 P.S. If you're in London, why not attend the launch party at the Royal Geographic Society? Jonathan and Angela Scott, who wrote the foreword, will be speaking at the event. Tickets here

Meet more lions in the wild:

Where to see lions in Africa

How to save lions, by David Attenborough