The 5 best places to see lions in Africa

Regal and majestic, spotting a lion in the wild is the highlight of any safari. Jonathan and Angela Scott, the Big Cat People, reveal the very best places in Africa to see them...

No safari would be complete without the sight (or sound) of wild lions. Their thunderous roars echoing across the plains at night, or in the early morning, is a sound to thrill the heart.

The dry season, when the grass is short and the bush less dense, is the easiest time to locate and photograph all the big cats. Lions are territorial making it possible to track their movements year-round.

Some destinations offer a better chance of a sighting than others. Your driver-guide at the camp or lodge you are staying in will be out on safari every day, so they will know the various lion prides' current movements - making it much more likely that you will see them.

Now, here are the 5 best places to see lions in Africa... 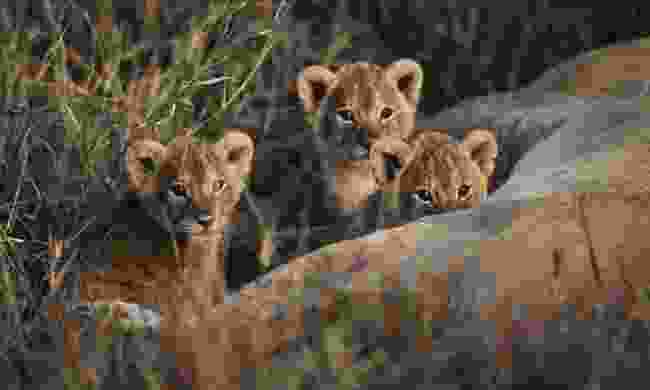 A year-round destination and the best place in the world to watch and photograph wild lions with amazing access and visibility. We have a stone cottage at Governor's Camp as our base in the heart of Marsh Pride territory.

These are the most famous lion pride in the world. We have been watching the Marsh Pride since 1977. They are the stars of our latest TV show, Big Cat Tales on Animal Planet.

As you can imagine there are some great place to stay. Governor's Camp and Rekero Camp are both excellent. And the Wildlife Conservancies bordering the edge of the Reserve – such as Mara North Conservancy (Richard's Camp) and Olare-Motorogi Conservancy (Kicheche Bush Camp) – also offer wonderful big cat game viewing.

We will be hosting a week-long safari at Rekero Camp in October 2020. 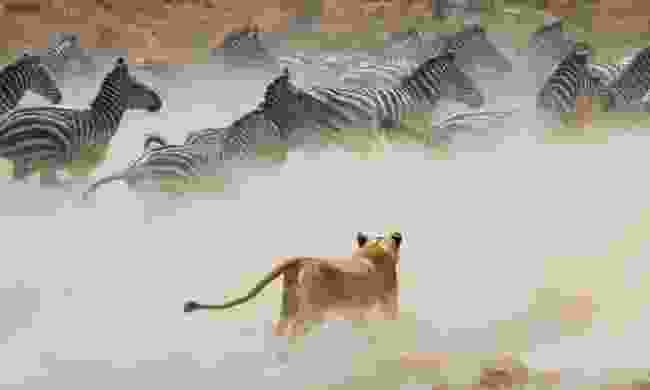 A lioness on the hunt in the Serengeti (Shutterstock)

The Masai Mara's big brother across the border in Tanzania. The Serengeti is savanna Africa on a grand scale, offering a Pleistocene view of wildlife, with large prides of resident lions staking out their territories among the woodlands.

There are an estimated 3,000 lions roaming the Mara-Serengeti's rolling plains and woodlands. Asilia's Kimondo and Namiri Plains tented camps are the perfect place to stay on the southern Serengeti Plains from January to March.

This is the time when the wildebeest are calving and the massed herds of wildebeest and zebras are spread across the grasslands for as far as the eye can see.

The sight of prides of lions lying up on the rocky granite outcrops - known as kopjes - are a photographer's dream. We will be hosting a safari to the southern Serengeti in March 2020. 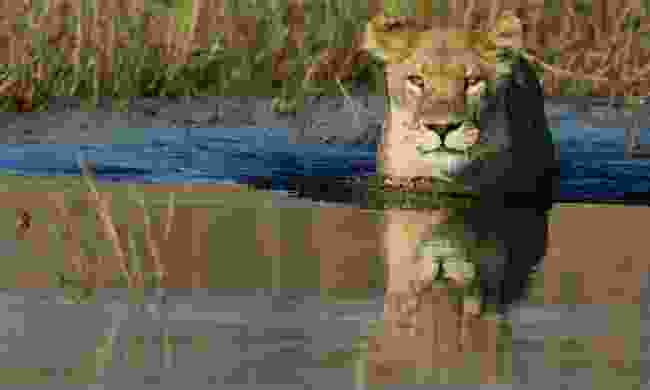 A lioness wading through the Okavango Delta (Shutterstock)

The Okavango Delta is often described as the Jewel of the Kalahari, a vast river system of palm fringed islands and winding tributaries that eventually disappears in to the Kalahari sands. The mix of wet and dry landscapes makes it an exciting contrast to the wonders of the Mara-Serengeti.

You can find all of the big cats here as well as packs of wild dogs (another of our favourites). If you are hoping to see lions hunting, Duba Plains is famous for its lion/buffalo encounters. Either Mombo or Chiefs Camp make a great base. 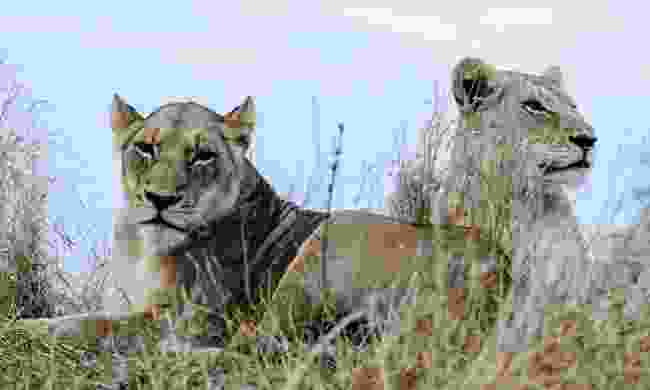 Londolozi is 150 sq km in extent and part of the Sabi Sands Private Game Reserve, situated on the western border of Kruger National Park.

Londolozi offers wonderful views of lions - with leopards their speciality. We were there in April and saw black maned males and a large pride of females and cubs.

The bush is thicker than in the Masai Mara, but the driver-guides are top notch ensuring that you enjoy a first class safari away from the madding crowd. We stayed at Founders Camp. 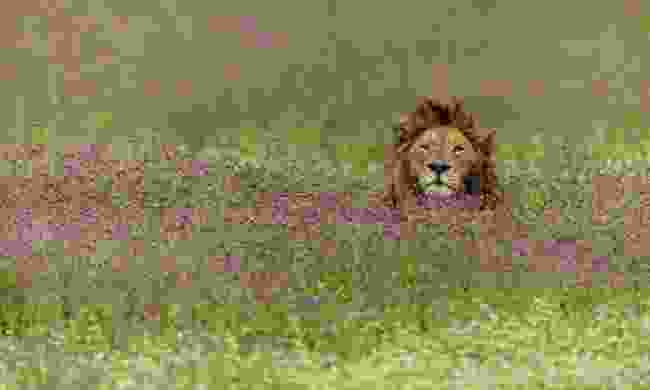 Famous for its black-maned lions the Crater is one of the natural wonders of the world and the largest inactive, intact and unfilled volcanic caldera on the planet.

The balance between the lion and hyena populations on the Crater floor has oscillated over the years. In the 1960s the lions were decimated by a plague of Stomoxys biting flies during a particularly wet spell. Henry Fosbrooke, the Conservator of the crater at the time, reported that these flies literally bled the lions to death.

In time the lion population recovered and today there are around 60 lions living here. The towering Crater wall and variety of wildlife makes the perfect photographic backdrop for lion 'landscapes'. Both Beyond Ngorongoro Crater Lodge and Ngorongoro Sopa Lodge make an excellent base for spotting lions. 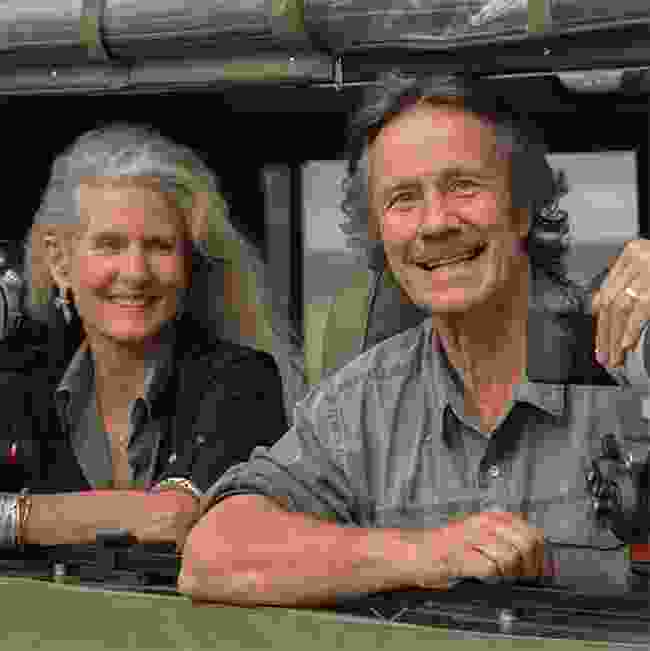 Jonathan and Angela Scott are award-winning wildlife photographers and authors who have made their name documenting the lives of lions, leopards and cheetahs in the Masai Mara National Reserve in Kenya.

They run the Sacred Nature Initiative, a series of exhibitions and multi-media lectures designed to stir the imagination and rouse people to action on behalf of the natural world. They also call upon their expertise to lead small group wildlife and photographic tours. For more information, visit their official website.

The 6 best places to still see rhinos in the wild

10 best places to see gorillas in the wild