5 reasons you must visit Moldova

Wedged between Romania and Ukraine, Moldova is a land of unspoilt countryside, age-old monasteries and amazing food and wine. Here’s why you should drop by one of the least-visited countries in Europe...

1. The wine is sensational 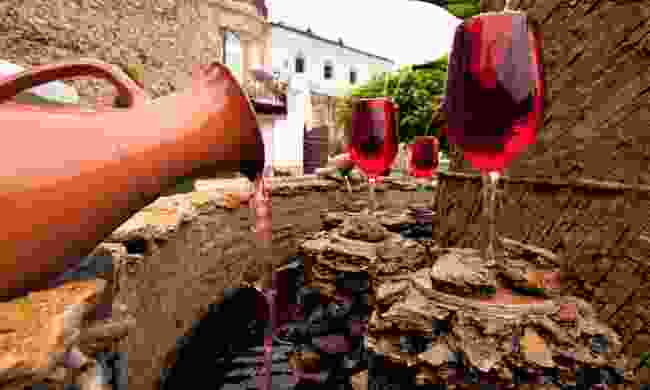 Wine has been grown in Moldova for thousands of years, with wines from the valleys between the Nistru and Prut Rivers finding their way to the tables of both ancient Romans and Greeks.

The country has the largest cellar in the world, Milestii Mici, which stretches for an incredible 55km, and a national wine day on 17 September.

The industry took a hit when Moldova declared independence from the Soviet Union and its wines were banned in Russia. But it has since clawed its way back to become the 20th largest wine producer in the world.

It helps that the wine is uniformly good. Its sparkling wines are made in the classic French method. White wines made from Viorica, a muscat-like native crossing only grown in Moldova, are excellent.

And and other indigenous varieties like Fetească Albă, Fetească Regală and Rară Neagră are capturing worldwide attention. Whether you visit a winery or simple order a glass with your meal, you’re in for a treat.

2. The food is excellent, too 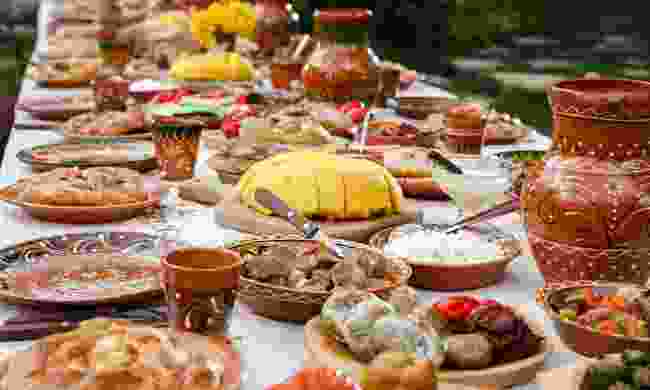 Moldova’s great wine is complimented by equally delicious food. It is typically hearty Eastern European fare, but with intriguing influences from its eastern neighbours.

Plăcintă is a tasty fried bread filled with anything that is close to hand, from branza, the local sheep cheese, to cabbage and sour cherries. Sarmale is a local take on dolmas, using cabbage leaves instead of vine leaves and stuffed with both meat and rice.

Mămăligă is the Moldovan version of polenta usually served with sour cream. Looking to warm up after a cold Moldovan day? Try zeama, a hearty chicken soup chock full of chunky vegetables.

You can sample all these meals at restaurants and cafes across the country at ridiculously affordable prices. But for a real treat, stay in one of the new agrotourism ventures springing up around the city of Orhei.

Your half board here includes a feast of home-cooked Moldovan food, including mămăligă along with grilled lamb, sheep’s cheese salads and jugs of local wine. 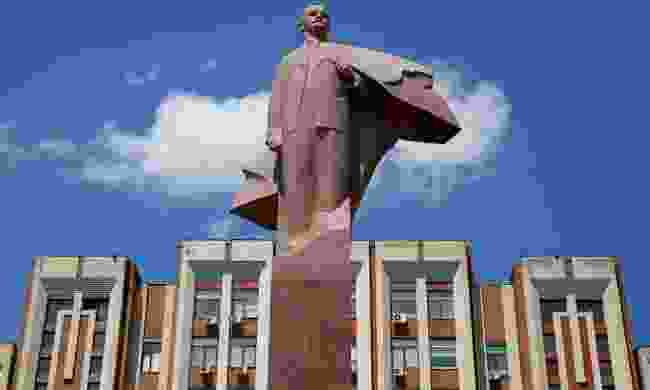 A statue of Vladimir Lenin in Tiraspol (Shutterstock)

When Moldova gained its independence from the Soviet Union and started looking towards the west, the predominantly Russian-speaking part of the country in the east unilaterally declared its own independence to become Transnistria. It remains a Soviet time capsule, home to close to 500,000 people, but in effect, a country that no-one else acknowledges.

That doesn’t stop Transnistria holding a Soviet-style military parade every year, on 2 September. Or issuing its own stamps and currency and holding on to Soviet statues and monuments long after the rest of the former eastern bloc abandoned theirs.

It makes a discombobulating day trip from Moldova's capital, Chişinău – complete with a suitably austere border-crossing and document check – but a rewarding one nonetheless.

As well as the Lenin statues and grand war memorials in capital Tiraspol, the imposing 15th century fortress at Bender is worth checking out as is the all-male monastery at  Noul Neamţ. And besides, how many people can say they’ve visited a country that doesn’t really exist?

4. It’s one of the last strongholds of Roma culture 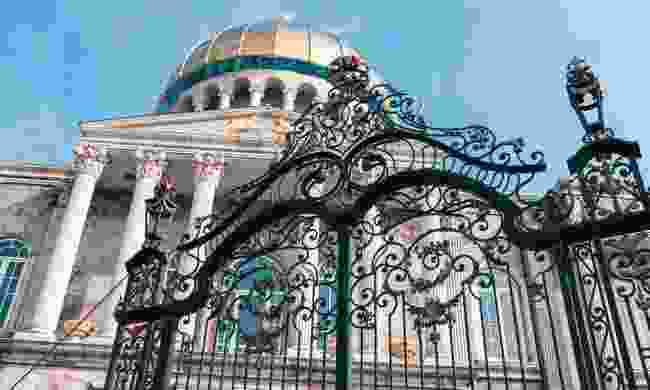 Just across the Nistru River from Ukraine, the tiny city of Soroca is one of the last bastions of Roma culture. Not just in Moldova, but across western Europe.

Here, a large number of Roma families have settled, building houses and living according to cultural rules that have changed very little over centuries. They have their own ‘king’, who makes rules for the town and decides who can marry who in the community.

Once famous for its medieval fortress - built in the 1400s, during the era of Stephen The Great - visitors now flock to Soroca to see the elaborate houses built by the town’s Roma residents.

Keen to show off their wealth, they have built extraordinary homes inspired by famous buildings around the world. You’ll spot one home inspired by St Peter’s Basilica. Another that looks an awful lot like the U.S. Capitol Building. There’s even one that looks like the Bolshoi Theatre in Moscow.

Most lack indoor plumbing and electricity. Many are left abandoned when families move along. But wandering through this bizarre city of relics is a truly surreal experience.

5. It is home to one of the oldest monasteries in the world 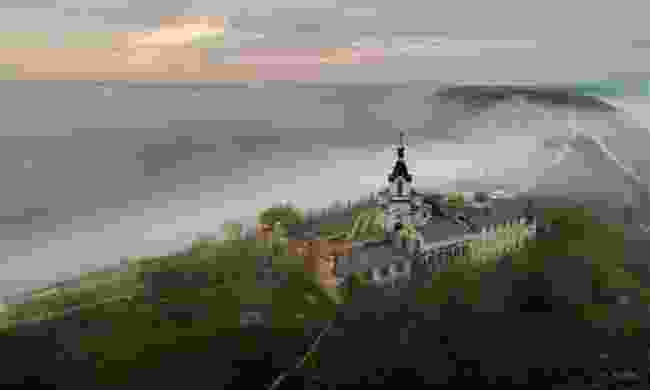 Just 50km north of Chişinău, you’ll find Orheiul Vechi, one of the the oldest Christian monasteries in the world. Over 2,000 years old, it sits atop a remote, rocky ridge, its white bell towers and golden dome glittering in the sun.

It has survived the invasions of the Mongols and the Tatars and seen off the designs of Stephen The Great and the Soviets, providing a constant focus for Christians across the country. Its extraordinary Cave Monastery dates back to the tine of the Dacian tribes.

The closest village is Butuceni. Cross the small wooden bridge here to the other side of the Răut River, and follow the path towards the ridge. Along the way, you’ll spot the remains of a 15th century defence wall and other caves, used for shelter and solace across the ages.

Ahead, the the twin spires of an Orthodox church dedicated to the Ascension of St Mary come into view, an extraordinary sight in a bleakly beautiful landscape.