5 reasons to visit the Lake District

From artistic inspiration to outdoor adventure, we list five reasons you need to visit the Lake District in Cumbria, a UNESCO World Heritage Site... 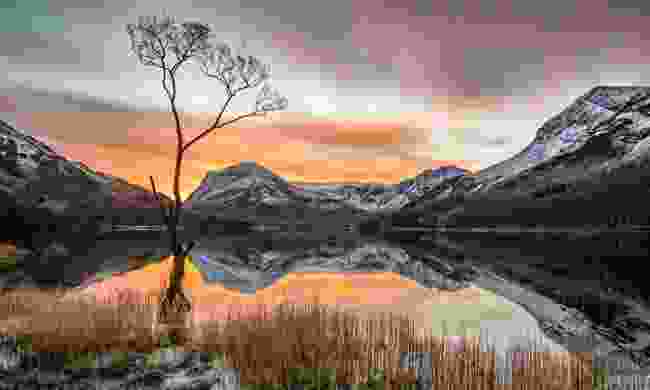 Just calling it the Lake District is a little misleading. There's an abundance of water here, but there are also great peaks, valleys and rolling hills.

The landscape of the Lake District was shaped during the last Ice Age when glaciers sculpted U-shaped valleys, some of which filled with water to create the vast lakes the area’s now famous for.

One of the most popular ways to experience the shimmering lakes is with a steamer ride on Windermere or Ullswater - a gentle step back in time. Or, cruise Coniston Water, the third-largest lake in the Lake District.

The South and Central Lakes area is where you’ll also find character-filled villages and towns, like Grasmere, Hawkshead, Ambleside and Bowness.

Keswick is a popular base and starting point for hikers and climbers, with the striking Skiddaw Mountain as a backdrop. Road-trippers could aim to drive the A591 from Keswick, on what’s previously been named 'Britain’s best driving road'.

There are plenty of other areas of natural beauty to discover, from England’s highest mountain, Scafell Pike, to the woodlands of Grizedale Forest.

2. Its wealth of artistic inspiration 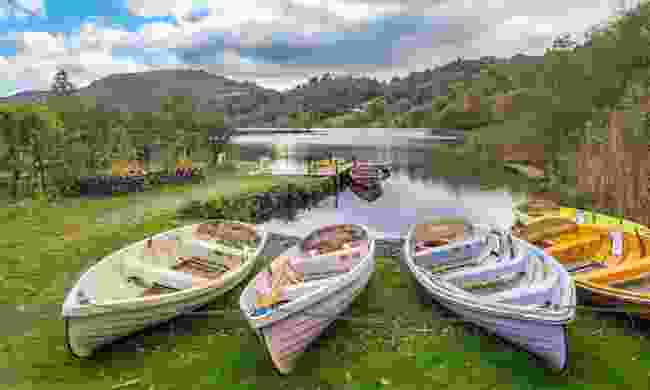 Lake District residents may be a little tired of hearing it, but William Wordsworth's Daffodils poem, starting with the much-quoted line “I wander’d lonely as a cloud” has come to stand as the archetypal Lake District poem; a tribute to the area’s natural beauty.

The Lake District’s dramatic mountains, lakes and valleys have provided inspiration to poets, writers and artists for centuries, not least in the Romantic poetry of Wordsworth and Samuel Taylor Coleridge, whose celebration of the Lake District helped lay the groundwork for a later conservation movement. The popular Beatrix Potter books were also set here. It’s possible to visit Potter’s home as well as Dove Cottage, where Wordsworth lived.

Great painters have also tried to capture on canvas the unique landscapes and light, including John Constable, Thomas Gainsborough and JMW Turner.

Nature may remain the big draw, but there’s still a thriving cultural scene, with artworks set in the mountains and sculptures hidden among the forests; abundant art and photography exhibitions and galleries; and festivals covering everything from literature and comic book art to comedy and theatre.

For music lovers, the annual Keswick Jazz and Blues Festival in May attracts scores of national and international artists. 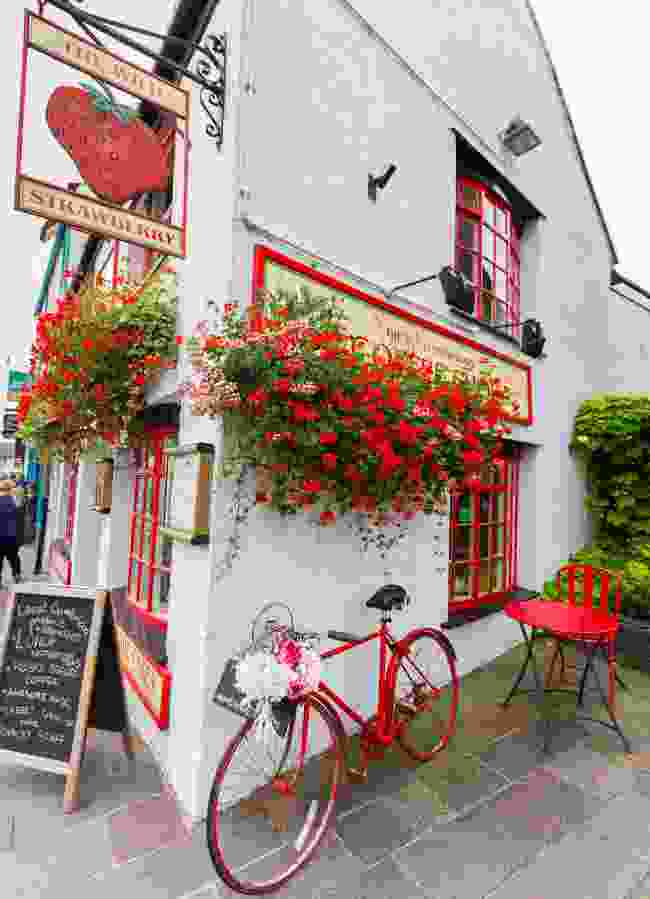 Cumbria is a rising must-visit destination for gastronomic adventurers.

In fact, the Lake District is now home to four Michelin-starred restaurants, including chef Simon Rogan’s L’Enclume, and chef Hrishikesh Desai's HRiSHi at the Gilpin Hotel.

There are humbler, non-Michelin pleasures to be had too, including Grasmere’s handmade gingerbread.

Most people are familiar with the love-it-or-loathe-it Kendal Mint Cake, but far fewer have tried Cartmel Sticky Toffee Pudding.

From farm shops and bakeries to craft breweries and classic English pub, there's plenty to explore.

Make sure you visit The Wild Strawberry, a quaint cafe in Keswick that serves buckwheat crêpes and other sweet delights including delicious ice cream that's handmade locally.

The Lake District’s reputation is hardly surprising, given the thriving farming culture and the abundance of fresh produce to be found here.

In particular, you’ll find two indigenous breeds of sheep, the Herdwick and the Rough Fell, both popular additions to local menus.

4. The countless opportunities for outdoor adventures 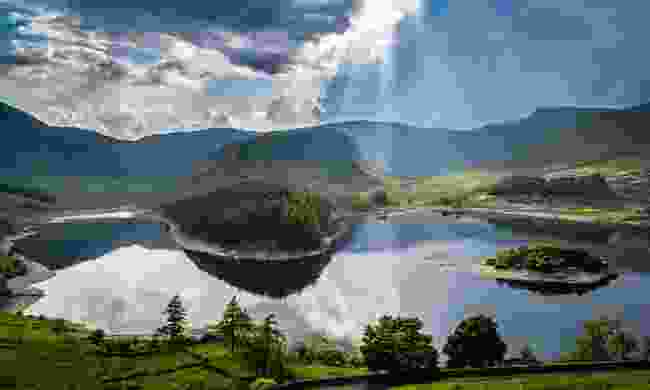 It faces stiff competition from the likes of Cairngorms National Park in Scotland, but the Lake District is attempting to position itself as the adventure capital of the UK.

Home to England's highest mountain, Scafell Pike, there’s certainly no shortage of ways to get outside and enjoy the region’s nature. This being the Lake District, home to England’s deepest lake (Wastwater), there are also plenty of options for watersports; including open water swimming, canoeing, kayaking, windsurfing or rowing. If you're serious about your swimming, you might like to dive in for the Great North Swim in Lake Windermere.

The Lake District also has a reputation as the birthplace of modern rock climbing, with everything from gentle scrambles to testing technical challenges, as well as indoor climbing centres and an indoor ice wall.

The thriving climbing culture is celebrated with two annual mountain festivals, Keswick Mountain Festival and Kendal Mountain Festival, while Honister is also home to the UK’s first Via Ferrata.

The country roads, villages and rugged landscapes also call out to be explored on two wheels. Cyclist should seek out the Lakes and Dales Loop cycling route, a 196-mile circular loop taking in some of the best of Cumbria and Yorkshire Dale National Parks, Eden Valley, Morecambe Bay and West Cumbria.

The list goes on, from horse-riding to bushcraft and plenty of other fine ways to enjoy the great outdoors.

Of course, there are also a mind-boggling number of walks and hikes. Author and fellwalker Alfred Wainwright helped blaze a trail for hikers, putting the many peaks and views on the map.

Check out the best walks in the Lake District

5. The abundance of wildlife 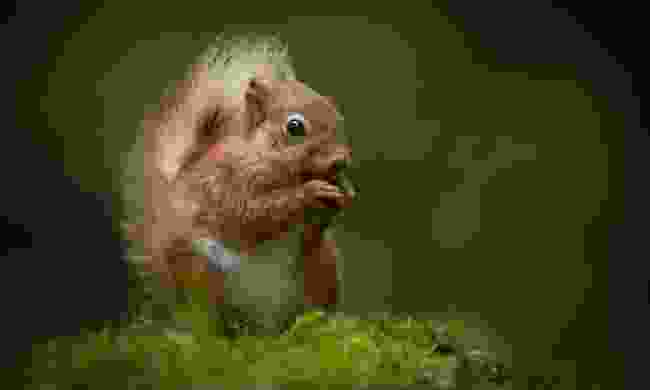 With high mountains, wetlands, lakes, peat bogs and native woodland, the Lake District is populated by a wealth of interesting and rare species.

The endangered red squirrel is native to the Lake District’s woodlands, making it one of the last remaining places in the UK where they can still be found in the wild.

The Lake District National Park is home to other rare wildlife, including red deer, peregrine falcons, Arctic char fish, and Britain’s only nesting pair of ospreys.

There are eight National Nature Reserves, over 100 SSSIs (Sites of Special Scientific Interest), and other nationally and internationally important wildlife sites. Other protected species that populate the area include barn owls and the natterjack toads. 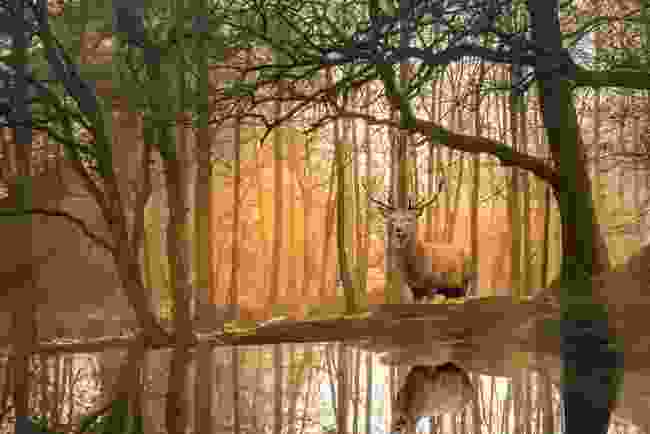 Plantlife, including unique kinds of moss and lichen, and habitats, from grassland to upland heaths, also come under the protection of the National Park.

As a consequence of poet Wordsworth, painters including John Ruskin, and other figures of the Romantic movement, the Lake District saw a rise in public popularity and an interest in protecting the area. Development, such as reservoirs, extended train lines and deforestation was met with protest, lobbying and fundraising to buy threatened land, forming a groundbreaking land conservation movement with global impact.

America’s John Muir, the ‘father’ of national parks, was influenced by the environmental thinking of Wordsworth and Ruskin.

The founders of the National Trust were inspired by the Lake District, too. Canon Hardwicke Rawnsley, one of the Trust's three founders, lived in Grasmere and was a student of Ruskin. With the development of nearby Grasmere Isle looking possible, Rawnsley saw a need for an organisation to protect landscapes and, together with kindred spirits Octavia Hill and Robert Hunter, set up the National Trust in 1895.

Today, the Trust owns (or has an arrangement in place to protect) around a quarter of the Lake District.

And while you're in the Lake District:

Things you must do in the Lake District

15 things to do in the Lake District