11 of the best walks in the Lake District

We reveal the best Lake District walks and climbs for every ability level, including hardcore hikes up Helvellyn and Blencathra to easier strolls through Coniston and Thirlmere... 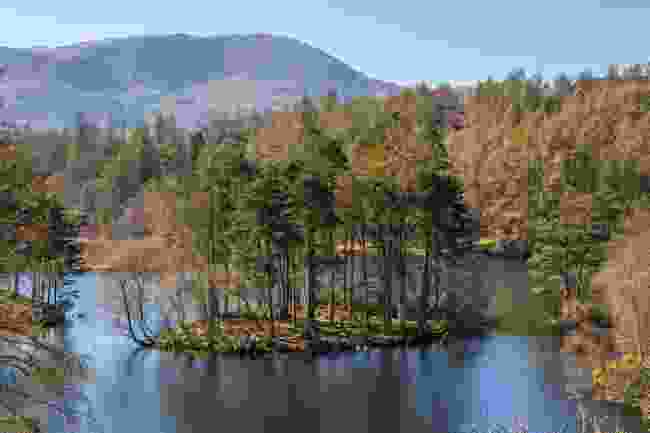 A breathtaking view of Tarn Hows lake in the Lake District, England (Dreamstime)

Start off your Lake District walking tour with one of the region’s classic routes. It’s a fairly easy stroll around the lake, through gorgeous grassy moors and lovely views of Lakeland Fells.

Expect to spend about an hour on this 3km walk, and don’t worry about being an expert trekker. The walk is also dog-friendly, and very accessible. There are mobility scooters (called ‘Trampers’) that are available for those who need it, if you call in advance. 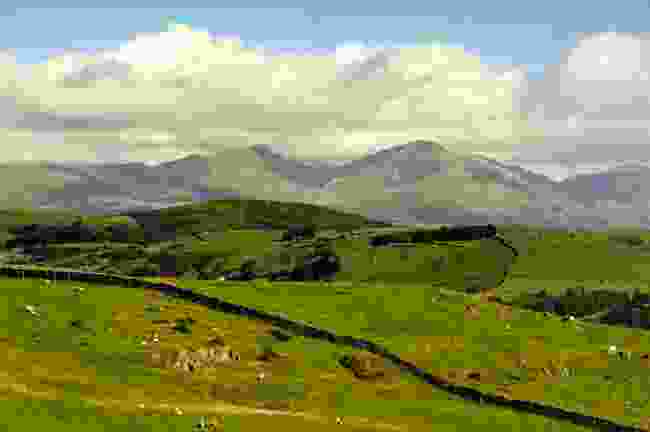 At over 792m, The Old Man of Coniston mountain is an excellent walk for those with a bit of stamina.

A good starting point is the school in Coniston or Scout Scar car park. It’s a pleasant walk at first, but does become more challenging as the hike progresses. Expect glorious views from the top of the mountain, but prepare yourself for a steep descent.

You might spend around six hours walking, so hitting the pub afterwards is practically essential. The Sun in Coniston is particularly lovely. 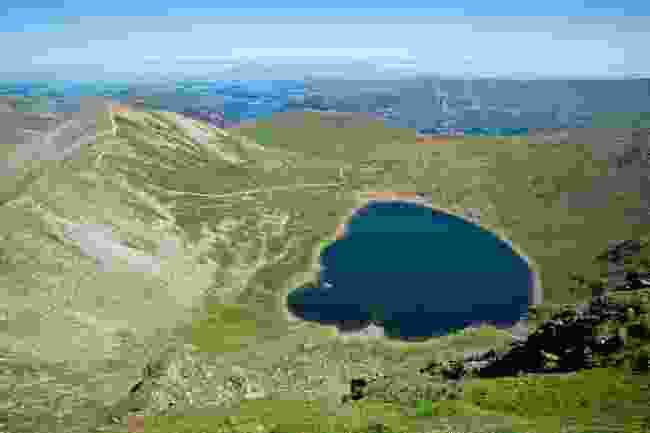 The view from the top of Helvellyn, Lake District. Worth the climb? We think so! (Dreamstime)

Starting at Swirls Car Park in Thirlmere, you’re looking at one of the most straightforward hikes to the top of Helvellyn.

At 950m tall, Helvellyn is a steep slope to climb, so you’ll need appropriate walking gear, and you may want to stop for rests as you ascend. Once on top, the scenery is spectacular, though going during pleasant weather is ideal, so your rewarding view isn’t obscured. 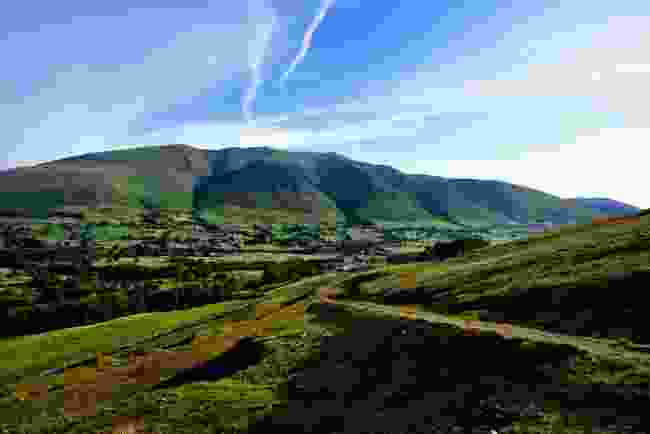 The ridges of Blencathra, above Threlkeld, in the Lake District, Cumbria (Dreamstime)

The mountain of Blencathra, also known as Saddleback is way north in the Lake District. It has six peaks, the highest of which is Hallsfell Top, at 868m.

Starting from Scales in Keswick, the entire hike to the grassy top will take roughly four hours. This is another good walk for sunny (or at least clear) days, as a misty sky will disrupt the stunning views from Hallsfell. 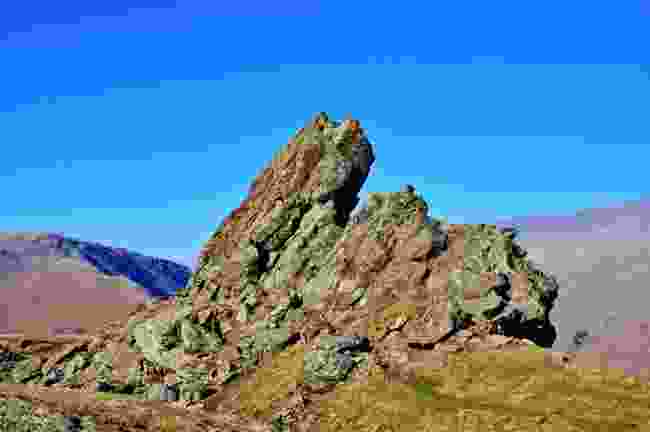 The lion and lamb rock formation at the summit of Helm's Crag, in the Lake District, Cumbria (Dreamstime)

Grasmere may be one of the Lake District’s smaller lakes, but it’s equally as stunning as the rest, as is the village itself.

So, from Grasmere village, head towards Helm’s Crag. It’s a well-trodden path to this low peak, which takes roughly three hours, but has spectacular views over the village and, unlike some of the others on this list, has an easy descent. Phew!

Once you have finished walking, Grasmere has plenty of cute pubs and things to see, including the lovely Dove Cottage, the former home of famed poet William Wordsworth from 1799 to 1808. 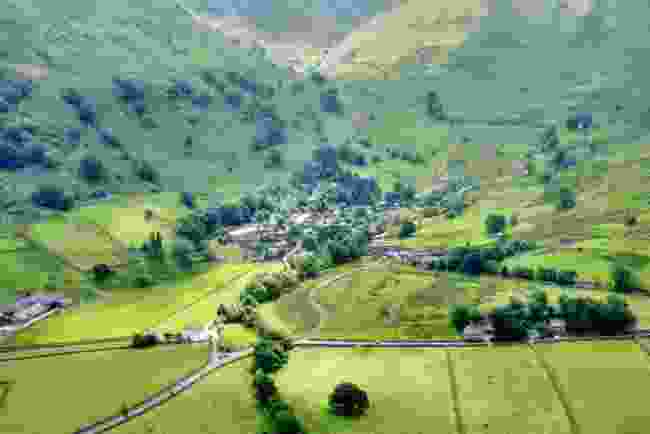 An aerial view of Hartsop, in the Lake District, Cumbria(Dreamstime)

Head along the high street of the village of Hartsop to Hayeswater, a former reservoir-turned-mountain tarn. Expect a slightly uneven, gravelly track – but also a stone beacon at the end of the route, which is worth seeing.

You won’t find much in the way of refreshments on this walk, which will take you at least two hours. However, nearby Patterdale does have a few pubs.

7. Helvellyn from Glenridding via Striding Edge 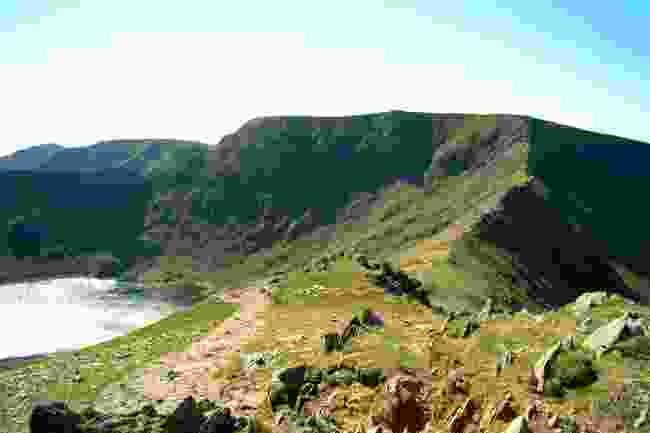 Another Helvellyn climb, though this one’s certainly not for the fainthearted. It’ll take you around four to five hours.

Begin your trek at Glenridding village near Ullswater, and make sure you’re well fed, watered and rested before you take off. Striding Edge is steep, and may well involve a little bit of scrambling. You’ll know it’s worth it when you reach the top. 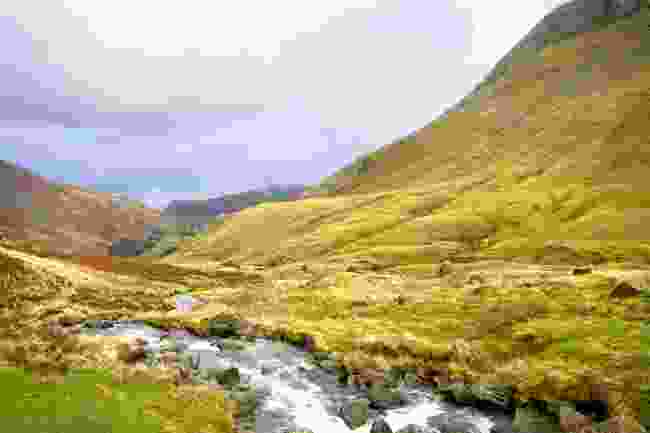 If you’ve been to Patterdale, you’ll recognise the iconic view of St Sunday Crag without fail.

Start your walk in Patterdale – the village to the south of Ullswater – before heading towards the picturesque Grizedale Tarn. Return via the crag itself then treat yourself to a hearty meal in The White Lion in Patterdale. 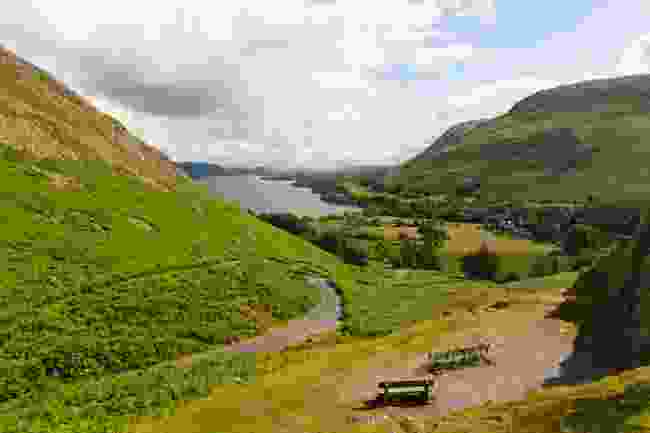 This is a stunning hill with epic views of Ullswater. Park your car and start your walk at St Peter’s Church in Martindale, which was built in the 1880s. You can walk back the same way, which is handy when visibility’s not ideal.

It’s a short walk, with a few narrow roads and possibly slippy grass slopes, but very easy and ideal for all walking abilities. You will come across the odd wooden bench dotted around too, for taking in the view and resting if necessary. 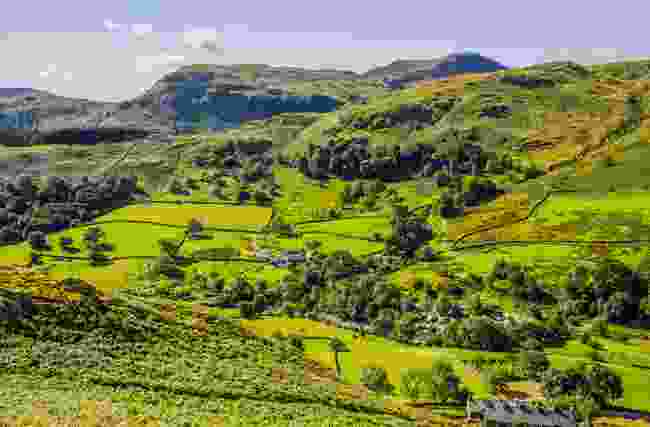 Glenridding, seen from the slopes of Sheffield Pike, in the Lake District, Cumbria (Dreamstime)

The hamlet of Howtown is ideal for a visit, but also makes a brilliant kick-off point for an eventful stride to Glenridding.

You’ll pass Ullswater lake and walk through Patterdale village. The weather will likely be changeable, and you’ll come across some rocky paths. Once you’ve completed the three-hour trek, you can return via ferry boat, which usually runs sporadically until four or five in the afternoon. 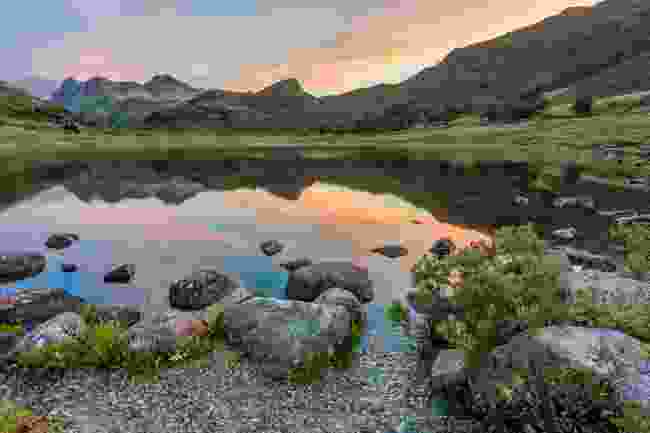 Sunrise over Blea Tarn, in the Lake District, Cumbria (Dreamstime)

A three- to four-hour walk, the trek through Thirlemere to Blea Tarn is lovely, but hard going.

You’ll walk up Harrop Tarn en route, which is the easier tarn to cross and has some beautiful scenery. Blea Tarn is a more challening walk, as you cross over the falls.

On the plus side, the work is worth it, as the view from Blea Tarn is worth a look even when the weather’s bleak.

Read more about the Lake District:

Quiz: How much do you know about the Lake District?

The best walks to tackle in the Peak District

Which district should you visit: Lake or Peak?