5 reasons you must visit Bishkek, Kyrgyzstan

Sitting in the snow clad ring of the Tian Shan mountains, the Kyrgyzstan capital is a beguiling blend of brutalist Soviet buildings, broad avenues, nomadic culture and urban sensibilities... 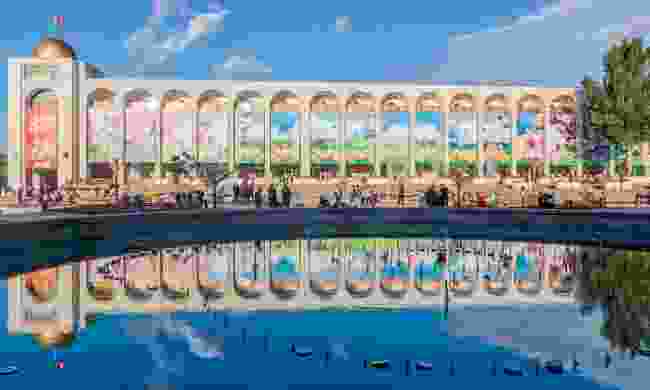 The Soviet Union brought art to the masses, and Bishkek was no exception. What is different here, though, is that the outdoor artworks – in particular the magnificent mosaics – have survived. They bring colour to the concrete and remind us of Soviet values such as the glorification of the working man.

One of the largest and most impressive mosaics adorns the facade of the Kyrgyz National University. Created by artist Satar Aitiev in 1978, it is entitled The Path of Enlightenment and it depicts a dreamy scene of Kyrgyz men and women in traditional dress against a blue sky with clouds. The style is impressionist, which is quite a departure from the more common socialist realism. 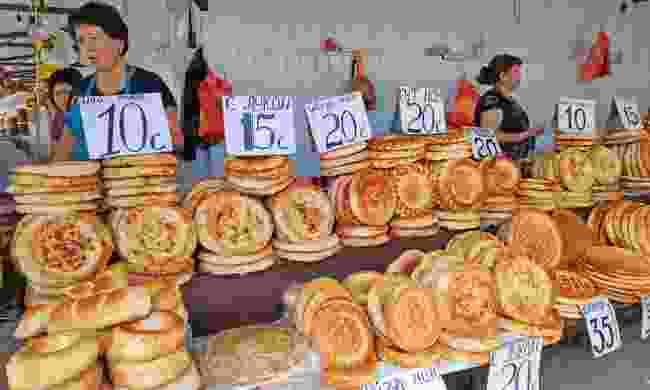 Bishkek is the kind of place where you can still go into a city market and come out with a melon, a samovar, and a bag of Soviet era military kit. If you can haggle a little in Russian, such souvenirs are available for a pittance.

The most sprawling of Bishkek’s trading zones is Osh Bazaar: it is one of the largest markets in Central Asia, rough around the edges but fascinating. Foodies can feast on the freshly made non (round loaves of bread) and mouth-watering fruits, and keen photographers will need several GB of memory card space spare. Business is at its busiest in the mornings, but there’s always something to see throughout the day. 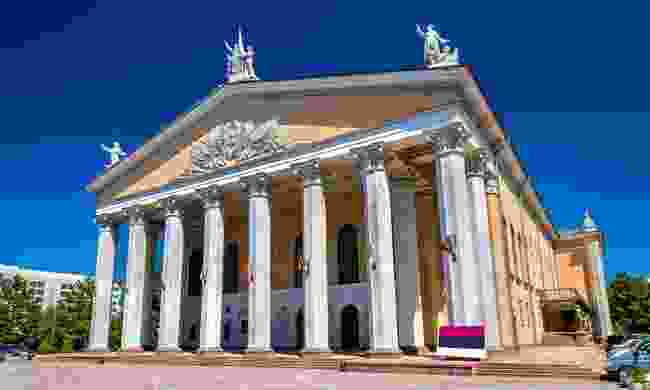 The undisputed cultural highlight of Bishkek is the State Opera and Ballet Theatre, an elegant classical building founded in the 1930s.

The most famous companies in the Soviet Union -- including from Moscow and Saint Petersburg -- all toured here, and though foreign performers are less common today, the homegrown artists still put on impressive shows. Works by Mozart, Bizet, and Stravinsky often appear on the calendar, along with operas and ballets by local composers and choreographers.

If you have previously been put off the opera or ballet by the cost, Bishkek is the place to place to give it a go: tickets on the balcony start from as little as £1.10, and even the best seats in the house are rarely more than £10.

4. The abundance of parks 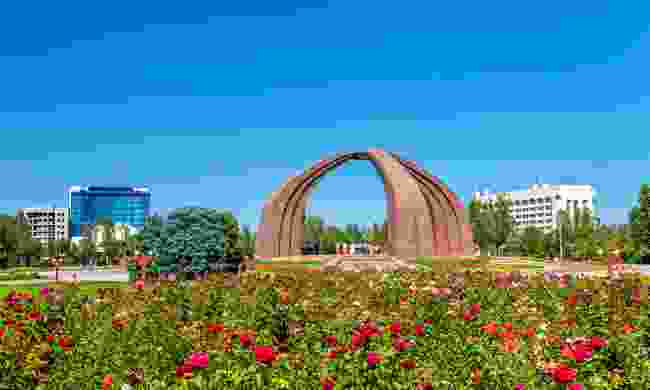 The Monument of Victory in Bishkek (Shutterstock)

Bishkek is a garden city. Well planned and with enough annual rainfall to keep things green, wherever you go you are never far from a park or a square filled with trees or floral displays. Even the courtyards between crumbling apartment blocks often have well tended gardens with flowers and occasional fruit trees.

The abundance of green spaces makes Bishkek an especially attractive place to be in the spring and autumn months. On a warm evening you will often see couples and families out for a stroll, stopping to admire the fountains, have their photos taken, or to eat ice cream. Statues of Lenin, Marx and Engels, and Frunze, plus native heroes like Manas and Chinghiz Aitmatov, provide additional visual appeal.

5. The call of the mountains 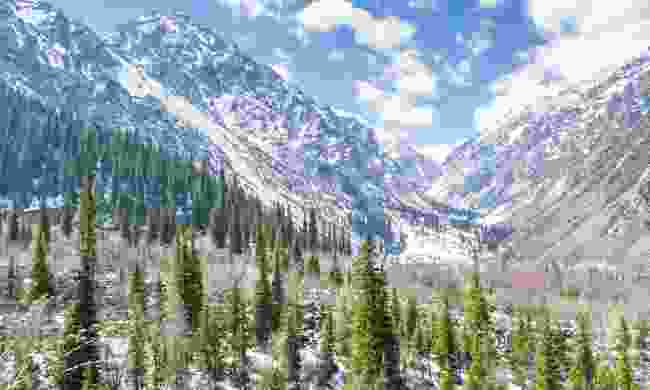 Look out of the window on the upper floor of any multi storey building in Bishkek and the mountain peaks will rise up before you on the horizon. Whether you’re an avid hiker, skier, or simply someone who recognises the simple pleasures of a picnic beside an alpine stream, Bishkek’s proximity to the mountains is a major draw.

Ala Archa National Park is 40km south of Bishkek, so easily accessible on a day trip. The park takes its name from the archa (juniper) which grows wild: local people burn it so that the smoke will ward off evil spirits. Keep your eyes peeled for wild goats, deer, and marmots, and if you’re very lucky indeed, there are even snow leopards.

5 reasons you must visit Kyrgyzstan