9 of Pakistan's most breathtaking natural wonders 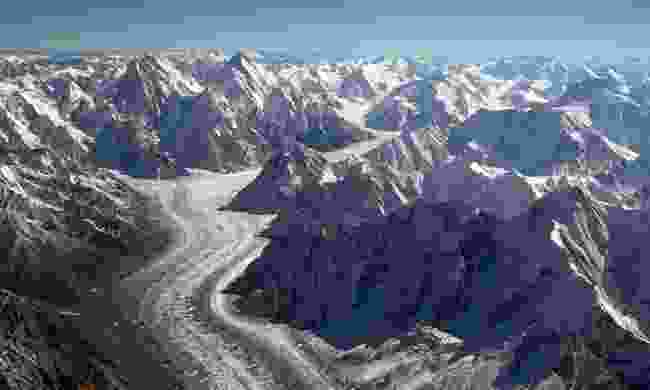 63km of ice, carving it’s way through the Karakoram Mountain range in Gilgit-Baltistan, Baltoro is one of the longest glaciers in the world.

Its wide trough carves through steep mountains, with smaller glacier valleys creeping to the side along the way. Not surprisingly, it is a popular trekking destination, a jumping off point to mountaineering destinations like K2, Broad Peak, and the Gasherbrum peaks at its head.

Its meltwater nurtures the lush valleys of Northern Pakistan. To see it for yourself, approach the glacier from the Balti town of Skardu. 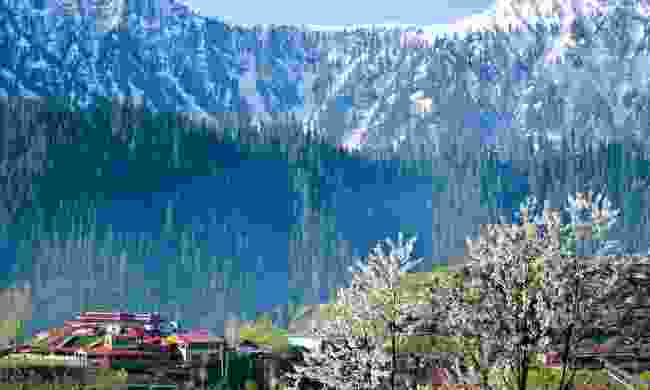 Kel in the Neelum Valley (Shutterstock)

An emerald green gem, nestled in the craggy snow-capped peaks of Azad Kashmir: it's no surprise that the Neelum Valley takes its name after a precious stone.

A lost world of verdant forests, burbling streams and luscious pastures, it is veritable oasis in the dry north – a place where people live simple lives, nourished by the livestock and crops that flourish here.

The best time to go is when is the sun is out. Visit in summer and you’ll be treated to a feast of apples, apricots, walnuts and plums that the valley is famous for. 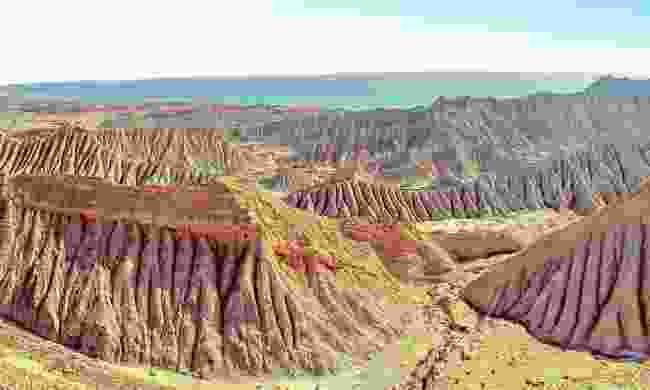 Hingol National Park is a place of otherworldly beauty: an inhospitable lunar landscape, running along the Makran Coast to the west of Karachi.

The elements have carved the Hingol's rocks into mystical shapes – princesses, sphinxes and whatever else your imagination can conjure up – and a cluster of active mud volcanoes burble and splutter near an azure sea.

The park is known for its diverse wildlife, too. Eagle-eyed watchers can spot Sindh leopards, chinkaras, honey badgers and Indian pangolins. 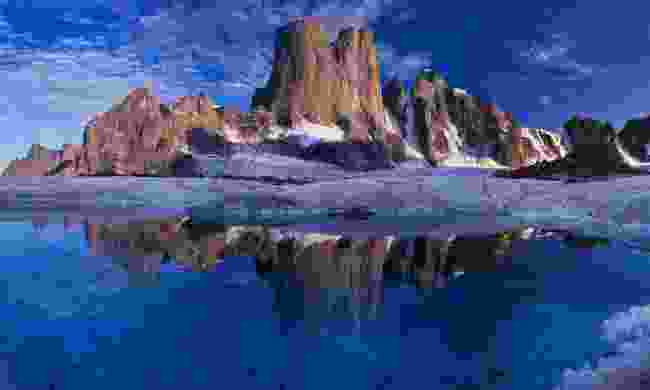 A family of rock towers in the north of Pakistan, the Trango Towers regarded as on of the most spectacular vertical alpine climbs in the world. Rising 800m above the dry mountains that surround them, they were first scaled in 1977 and have remained a holy grail for climbers ever since.

The towers are also a popular trekking destination. Their sheer majesty, reflected in a lake below, reward enough for those not inclined to strap on a harness and climb. 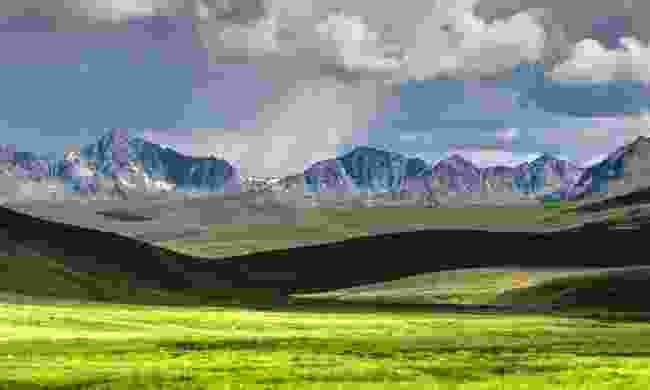 The alpine pastures of the Deosai Plains (Shutterstock)

Pakistani locals believe that the Deosai Plains is the closest thing to paradise on Earth, especially in summer when this high altitude meadow is awash with millions of wildflowers.

Locals will tell you that it is a magical place, inhabited by fairies. As you gaze out across the blanket of colourful flowers, vibrant green hills and snow-capped mountains, you’ll find it hard to disagree. 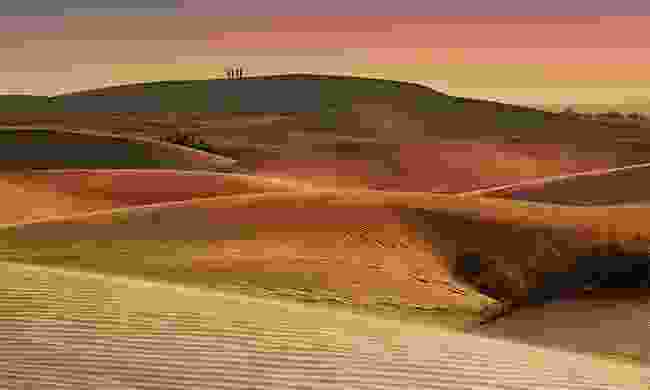 Spilling over the eastern border into India, the Thar Desert forms a natural boundary between the two countries. It covers 200,000 sq km in Pakistan alone, with sand dunes rising as high as 498ft.

Regarded as the heart of the country, it holds a special place in Pakistan folklore and art. A place of soul-stirring beauty, especially at sunsets when the colour of the sand shifts and shadows dance across the dunes. 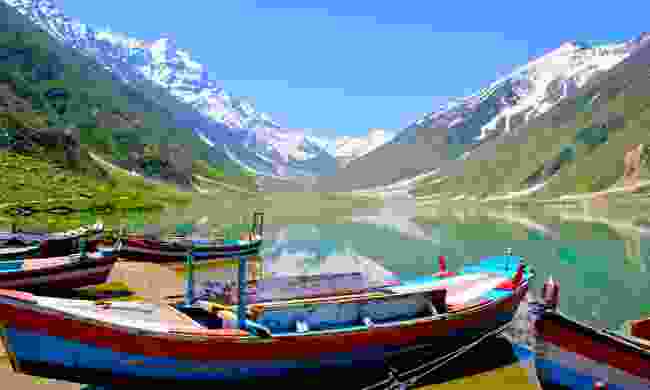 The highest alpine lake in Pakistan, the beguiling green Saiful Muluk lake sits at 3,200m tall in a valley above Narran, surrounded by snow-capped mountains and glaciers.

Legend has it that a prince, Saif-ul-Malook, fell in love with a fairy princess here, and on a clear night, when the lake is like a mirror, the reflections of the stars twinkle on the surface like a magical parade.

Getting to the lake is not easy, though. It’s a hot and sweaty two-hour hike up the mountain from Narran, or a hair-raising jeep drive up one of the world’s most treacherous roads. 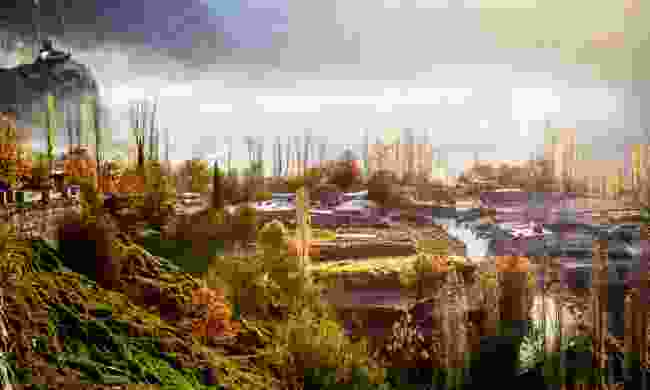 A misty morning in the Hunza Valley (Shutterstock)

Known as Pakistan’s Shangri-La, the Hunza Valley is as peaceful as it is beautiful. A popular stopping point on the Karakoram Highway, it is a pocket of verdant green amongst the dry towering mountains, it is a land of burbling streams, abundant orchards and hospitable locals.

The mountains surrounding the valley are dotted with medieval forts, offering breathtaking hikes should you be feeling energetic. Wildlife flourish here too, with the valley and the mountains that surround it, home to snow leopards, markhors, ibexes, and red-striped foxes. 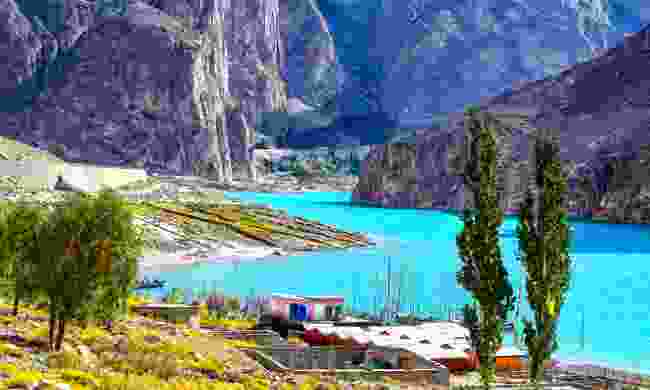 Regarded as one of the most beautiful lakes in Pakistan, Attabad Lake was only created in 2010, and even then, under the most tragic of circumstances. A massive landslide rumbled through the town, killing 20 people and blocking the Hunza River for five months.

When the blockage was finally cleared, a large ethereally blue lake formed in its place, becoming one of the most popular tourist spots in this part of Pakistan and a fitting memorial to those who lost their lives.

13 of the best things you must do in Pakistan

4 experiences that will make you fall in love with Pakistan