Wonderwells: 9 of the world's most beautiful oases

These lush oases - located in Niger, Morocco, Oman and beyond - are a vital lifeline in the harsh deserts that surround them. They're also some of the most beautiful places on the planet... 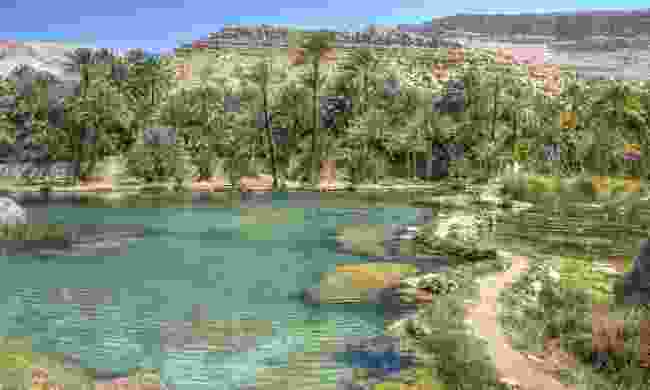 In a country with no shortage of oases, one stands out above all others – Wadi Bani Khalid. Fed by a stream of water that flows through the valley the entire year, it is always green.

Date palms line the shore and the water is refreshingly cool. If you do take a dip, don’t be surprised to feel tiny fish, nibbling at your skin. 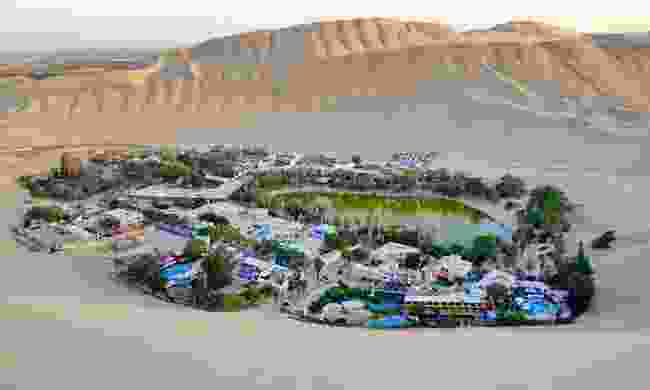 If there is such a thing as a party oasis, this is it. Set in the sand dunes of Peru's south-west, its shores are dotted with bars and clubs and dune buggies roar across the high, rolling sand dunes surrounding the village.

Sandboarding is another popular sport, with the waters providing a bracing conclusion for those who can’t stop in time. 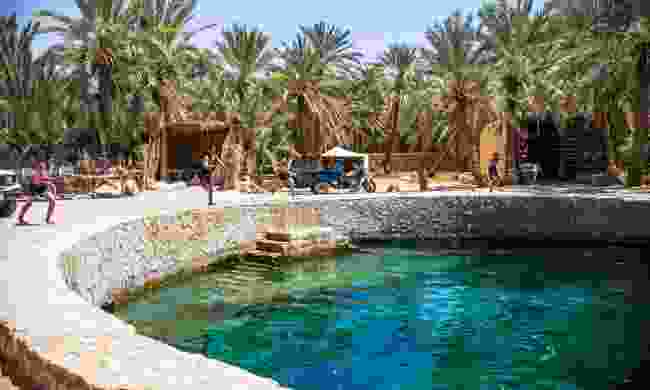 Just 50km from the Libyan border and trapped between the Qattara Depression and the Great Sand Sea, this fertile basin is home to a staggering 33,000 people.

Most of the locals are Berbers who grow dates and olives and live in mud-brick hamlets connected by a labyrinth of dirt lanes. This urban oasis is also home to an oracle of Ammon. In ancient times, Siwa was known as the Oasis of Amun Ra. 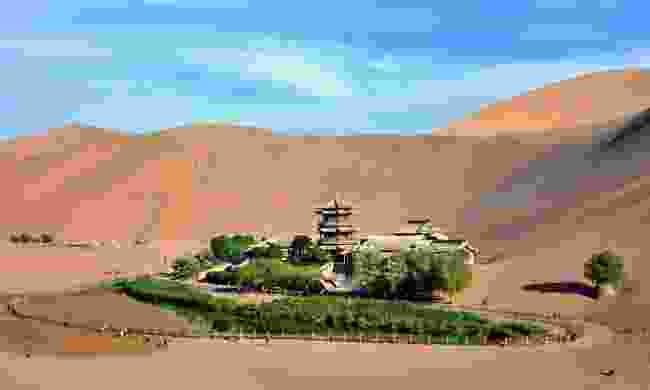 A tiny slither of water in the middle of a desert in north-west China, Crescent Moon Lake in Dunhuang was in danger of being swallowed up by sand dunes.

The government stepped in, refilling it with water and planting a ‘green wall’ of shrubs to stop the encroaching sands. With its picturesque pagoda, it is a popular spot to stop for travellers on their way to the nearby Mogao Caves. 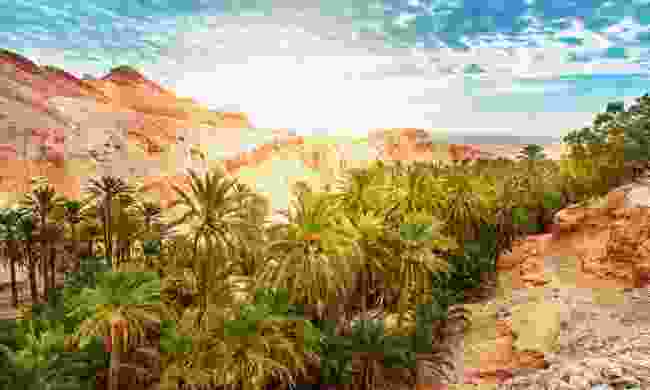 It was once a Roman outpost, but later became a mountain refuge for the Berber people. Scenes from both Star Wars and The English Patient were filmed here. 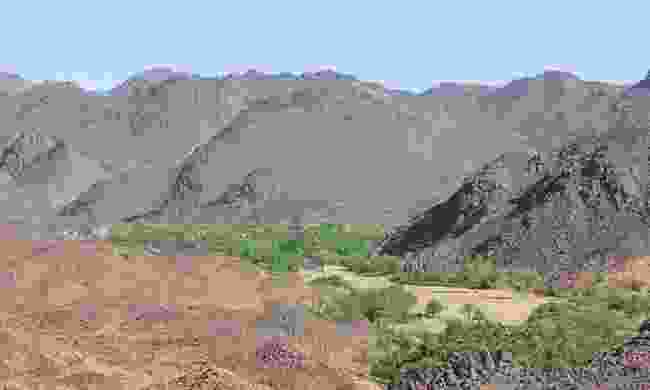 Deep in the heart of Tuareg territory, the legendary oasis in Timia – and its famous date palms and citrus trees – are sung about in songs and praised in poems.

A vibrant band of green in an otherwise unrelenting barren landscape, it is fed by a waterfall that only runs for part of the year. The ruins of a French Fort nearby is a sobering reminder of just how precious water is in this part of the world. 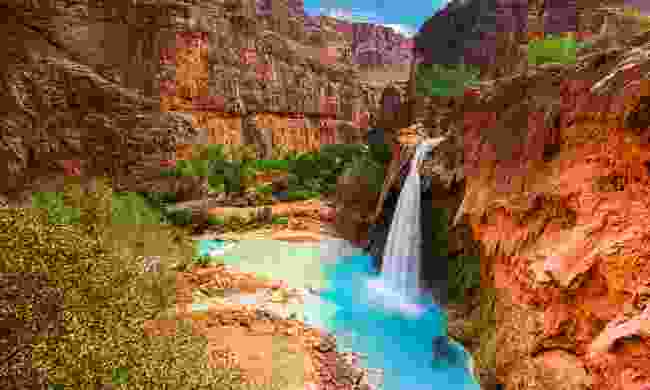 A huge, inviting plunge pool on Havasu Creek, this Grand Canyon ‘oasis’ is fed by a series of waterfalls that flow out of limestone, giving the water a pleasing blue-green hue.

Part of the Havasupai Indian Reservation, the pool is an eight mile walk from the trailhead. Or you can ride a horse, should you wish. 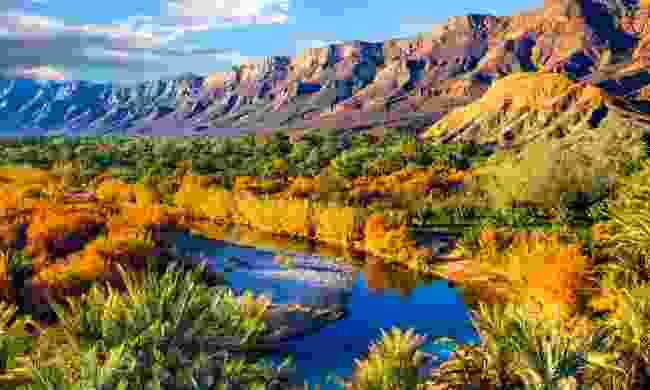 Situated along the banks of Ziz River, Tafilalt is largest Saharan oasis in Morocco. Famous for its fortified villages and luscious dates, it was an important stopping point on the Saharan caravan route from the Niger River to Tangiers. Definitely one for your Instagram feed. 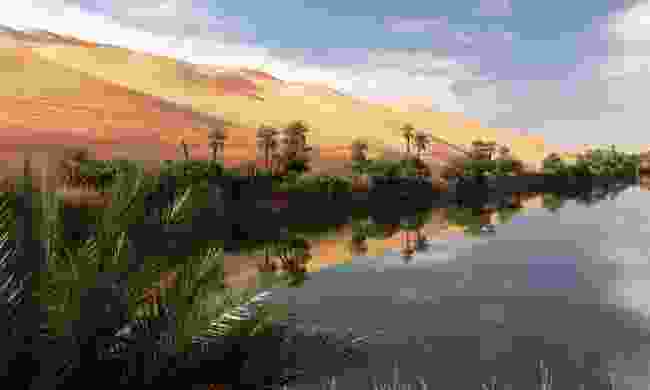 Ubari is an oasis town, centred around one of the 16 dune lakes, created by water trapped amongst sand dunes in the Fezzan region of southern Libya.

It is part of the Erg Awbari in the Sahara and serves as meeting point for Tuareg people - who come from miles around to trade, gossip and mingle. The water here is salty, but locals grasses and date palms have adapted to grow and flourish.

More watery wonders around the world:

8 incredible lakes around the world