We chat to Levison Wood about walking with elephants in Botswana

Ahead of The Last Giants: Walking With Elephants airing on Channel 4, Lyn Hughes catches up with the TV presenter and author on his passion-project journey through northern Botswana...

The adventurer’s passion project, new book and upcoming TV show The Last Giants: Walking With Elephants, sees him follow the African elephant migration across north Botswana. Wanderlust's editor-in-chief Lyn Hughes caught up with the award-winning travel writer and presenter to find out more…

So, what gave you the idea for the book? Obviously this is different to the books and TV series that we’ve come to know you for… 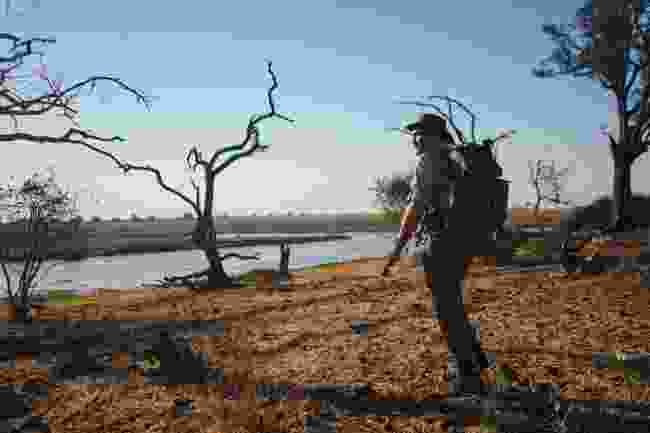 Well, I wanted to do something a bit different. I wanted to write about a subject matter that was really important for me. I’ve always been interested in elephants ever since I was a kid. I do a bit of conservation work, I spend a lot of time in Africa, I’m an ambassador for a few elephant charities, so I thought, ‘Why not investigate the subject a bit more?’

So, doing this journey through Botswana was one part of it, but part of a wider interest really for me in Africa in general but particularly the African elephants.

I love the story about how you were inspired as a kid by David Shepherd. Do you want to remind us about that?

I remember my dad taking us to David Shepherd’s art exhibition when he came to my hometown and just being really impressed that this guy was running around Africa painting pictures of elephants. So, that was what I was determined to do… so, while I’ve never really been a painter, it built that dream of seeing elephants in the wild and doing something with it.

I’ve been fortunate enough to travel the length and breadth of Africa several times, so this [project] for me was a more focused way of looking at a particular subject, and while it’s looking at elephants, it’s also a wider look at conservation in general.

What do you think is so special about elephants? 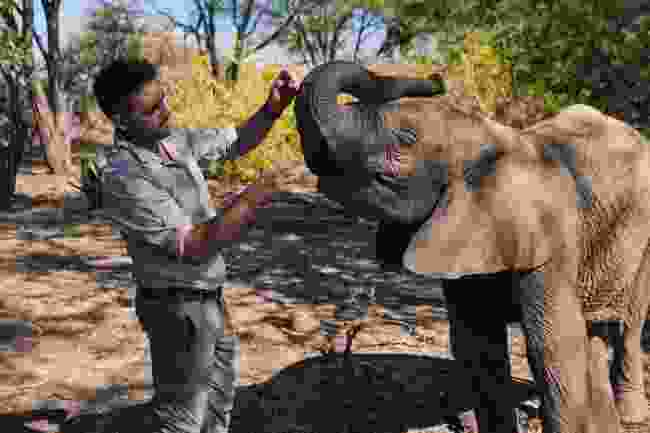 They’re incredibly intelligent, they’re very sociable creatures. They live a very long time. They’re very, very similar to humans in many, many ways, and we’re only really beginning to understand that.

The way that elephants interact and can communicate over big distances; the way that their social structures work is so familiar in many ways that I think deserves more attention than it gets. 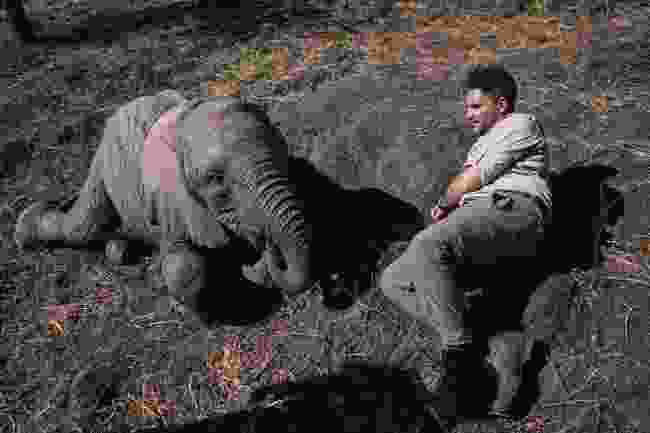 And equally, elephants in captivity are outside of how they normally behave. They’re such social creatures that they simply can’t [function] on their own. And that’s why they’re so misunderstood in so many ways. That’s had a massive impact on conservation, because people don’t really get how they function in their own societies.

One of the things as well that you really touch on in the book is about how elephants – even wild elephants – seem to accept people as part of their society. 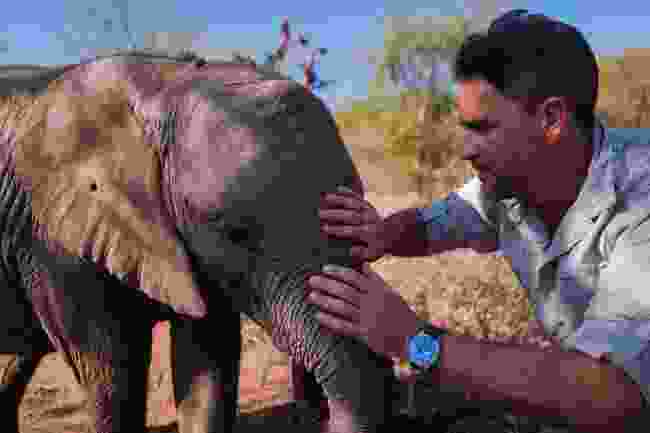 Yeah. They try to avoid us where possible, but ultimately, we’re competing for the same re-sources, whether that’s water, whether that’s a grazing area where people are building farms on or building roads across wilderness areas.

Elephants know we’re here; they know what we’re doing and they kind of try and avoid it, but sometimes there’s going to be that overlap and conflict. So it’s about how we can manage that, and that’s what I wanted this book to be: a study of how we can interact with elephants and share the same space.

And while doing all this research, did you uncover any surprises? What surprised you the most? 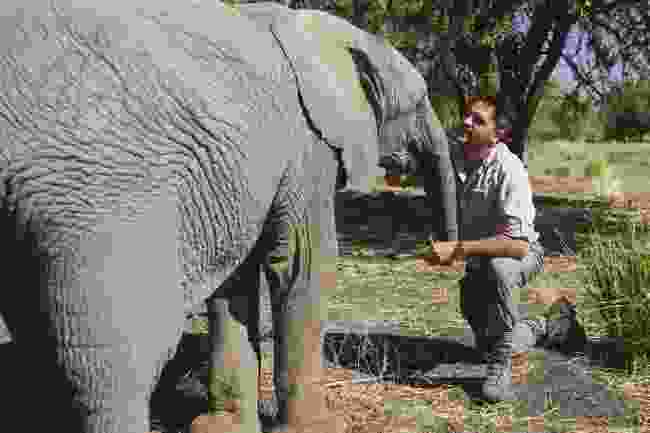 Elephants are full of surprises... (Channel 4)

Loads. There’s some amazing facts that come with elephants. Just how intelligent they are; how they function in groups; the fact that they’ve got these ‘rumble calls’ that they do through their larynx that are transmitting seismically through the ground to other groups, potentially up to 20km away, so other herds can hear these messages being passed.

The fact that elephants can distinguish between different ethnicities of people – just by their smell and listening to their voices. The old cliche of an elephant’s memory is how remarkable it is. But learning how elephants view death, and how they’ll often return to the bones of their dead ancestors and pay their respects. And they can sense danger when it comes. It’s amazing.

There’s loads of really amazing things that we’re still yet to learn and are just starting to under-stand. A little bit about elephant’s cognition and psychology… but it does seem that they are self-aware. That’s one of the most remarkable things I was studying.

This thing called ‘the mark test’, whereby if you put like a dot on an animal’s forehead and then stick it in front of a mirror, does the animal look at the reflection and think it’s another animal or does it recognise the dot on its own forehead and somehow try to work it out? There’s only a few species that can do that, the great apes being one, dolphins can do it, crows can do it, and elephants can do it.

It’s amazing. Dogs can’t do it. They just think it’s another dog. And that’s the kind of test that demonstrates a certain self-awareness. And if that’s the case, then, they’re a lot smarter than we give them credit for.

One of the surprises in the book is that, when you are walking across north Botswana, you’re actually with a guide who’s a professional hunter. 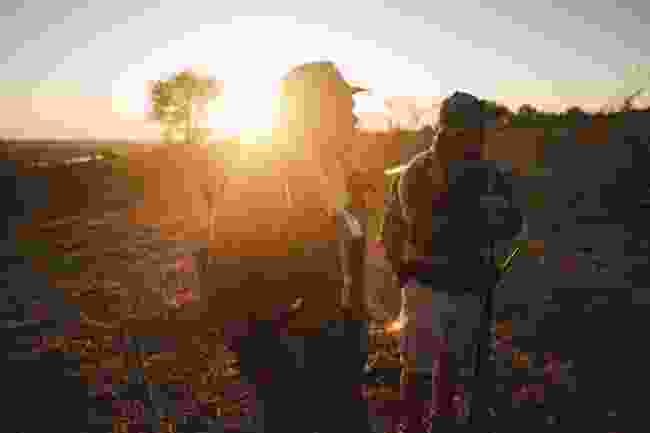 Levison and his guide through Botswana National Park(Channel 4)

Yeah. You have to have an armed guide in Botswana National Park, and this guy came with me; he was a lovely guy and this was part of his job. He was involved in ‘wildlife management’ – which is euphemism for culling certain animals, but he also did hunt commercially in Botswana as well. Something that he was very open to talk about.

And there is a compelling argument on both sides, I have to say. I’m not an advocate of hunting at all, and I can’t see why anyone would want to go and shoot an elephant or any species frankly, but, but there is a very strong, powerful argument that if it weren’t for these hunting reserves that constitute millions of acres across Africa, far more than national parks and wildlife reserves, then what would happen to that land? It would get turned into farmland and there’d be less areas for wildlife to roam.

And actually, hunting, trophy hunting, as perverse as it feels when you see these people putting pictures on Facebook, only accounts for a tiny fraction of elephant deaths, certainly a lot less than illegal poaching and far, far less than human-elephant conflict as a result of habitat loss.

But we don’t sort of get up in arms about the fact that local farmers killed an elephant because it’s eaten all the crop, for obvious reasons. But the point is that we do get fixated on the stuff that we see on Facebook rather than the real issues, or the elephant in the room, so to speak.

It’s hard of understand the mentality of a trophy hunter, somebody sitting there, proud of what they’ve done.

How would you summarise the current situation in regards to poaching? 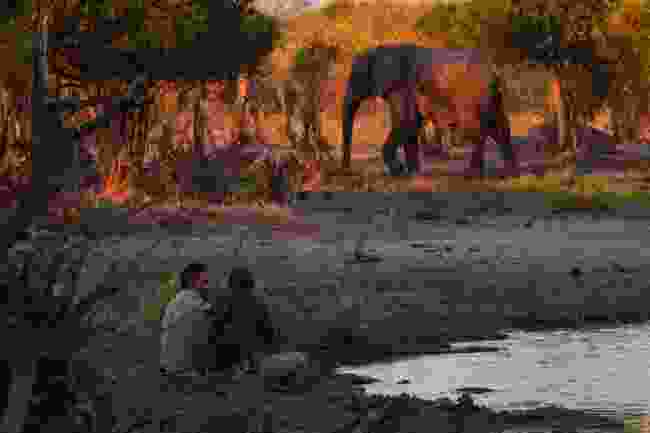 Well, in my lifetime the number elephants has halved. And I’m not that old! Elephants are drastically in decline. Mainly, as a result of poaching and loss of habitat. Elephants need huge areas to roam, to feed. If we’re building roads and farms on that land that was their ancestral migration route, then elephants aren’t going to get water and they’re going to die. Simple as that.

Poaching is one aspect of it. The market [for ivory] in China, that’s the biggest problem. And if there’s one or two good things to come out of the coronavirus crisis, is that whenever the Chinese economy slows down, frankly, so does animal trafficking and poaching as a result. Obviously, these are small blips, but you can [understand] the poachers in Africa, usually just some teenagers who are tempted by the prospect of a couple of thousand dollars, which is five year’s wages for some people.

Luckily, there are lots of organisations like Tusk that have been lobbying hard for the Chinese government to stop this happening. But while there have been big leaps being made to stop poaching, a greater issue is the fact that we’ve kind of turned a blind eye to unregulated development of human growth in Africa, because nobody wants to talk about that.

With that in mind, were you depressed at the end of writing the book or do you see any hope for the future?

Definitely depressed! But with a glimmer of hope I’d say. The glimmer of hope lies in some of the people I met who did understand the value of wildlife; they got the fact that megafauna like elephants contribute massively to tourism but, just as importantly, to the ecology of the environment.

The hope lies in the fact that hopefully with a better education, particularly in rural areas, that will contribute to conservation. And it’s whether we can do that in the space [of time] before elephants become extinct. That remains to be seen.

What can Wanderlust readers do? 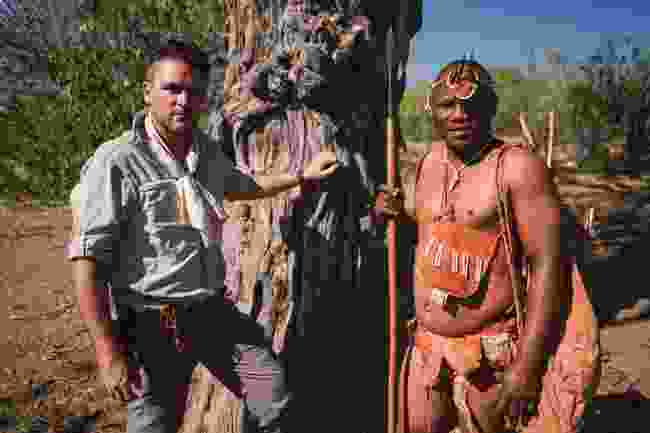 Well, you can obviously support the various charities that work out in Africa, like Tusk. Or volunteer and contribute your own time. I think tourism is such an important industry.

Because without that, if tourists stop going to places like Botswana then there’s no incentive for people to look after the wildlife. So I think that’s the key thing, tourism. Forget carbon footprint and all that stuff – spend money wisely in places that need it, because without that, the world will have a much greater loss by losing these iconic species.

If you had to describe one really memorable encounter, what would you go for? What's really special in your heart?

Well, just before I started the journey, I went to an elephant orphanage, run by a charity called Elephants Without Borders. And I met these three amazing orphans, three elephants called Molelo, Tuli and Panda and they were just so amazingly intelligent.

They just wanted to play. And they’re so tactile; they just come up to you and touch you with their trunk and you know, give you a little head rub. And amazingly, they can open doors. They can literally use their trunk to slide a bolt across a gate, a locked gate, and open it. Just seeing that right up close and personal was amazing. I mean you’ll see that in the forthcoming show.

Well, can’t wait to see the show. And what are you going to be working on next? 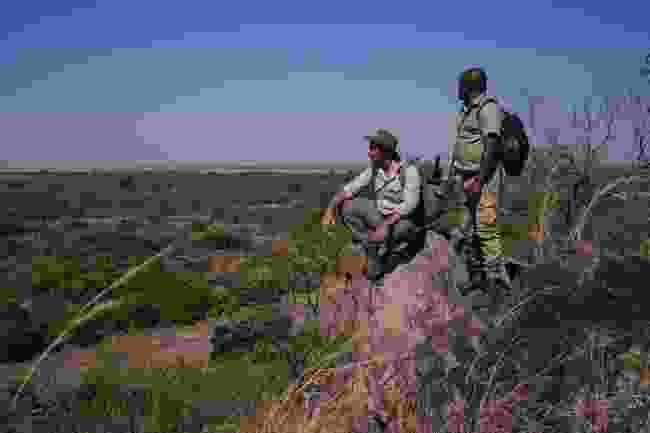 What's next for Levison Wood? (Channel 4)

Loads of projects, actually. I’ve got a photography book coming out later in the year in the summer, and yeah, no doubt there’ll be more television in the pipeline as well.

The Last Giants: The Rise and Fall of the African Elephant is out now (£20; Hodder & Stoughton). The TV show airs on Channel 4 from Sunday 10 May

How to spot pygmy elephants in Borneo