Around-the-world sailors Liz Cleere and Jamie Furlong are noticing dangerous changes in weather patterns on their travels, which is affecting their plans and causing concern

The northeast monsoon is kicking in, which means the crashing swells and gale force winds rolling across the Indian Ocean have changed direction. It’s time to head west. Our plan is to make Koh Phayam in time to meet friends who are coming from the UK for Christmas.

Sailing conditions in the Andaman Sea between mainland Thailand and Phuket have been frisky over the past few days, which meant adjusting our schedule. Instead of heading into open water straight away, we decided to wait out the worst of it by ducking into a safe harbour outside tiny Lanta Old Town on the southeast corner of Ko Lanta. 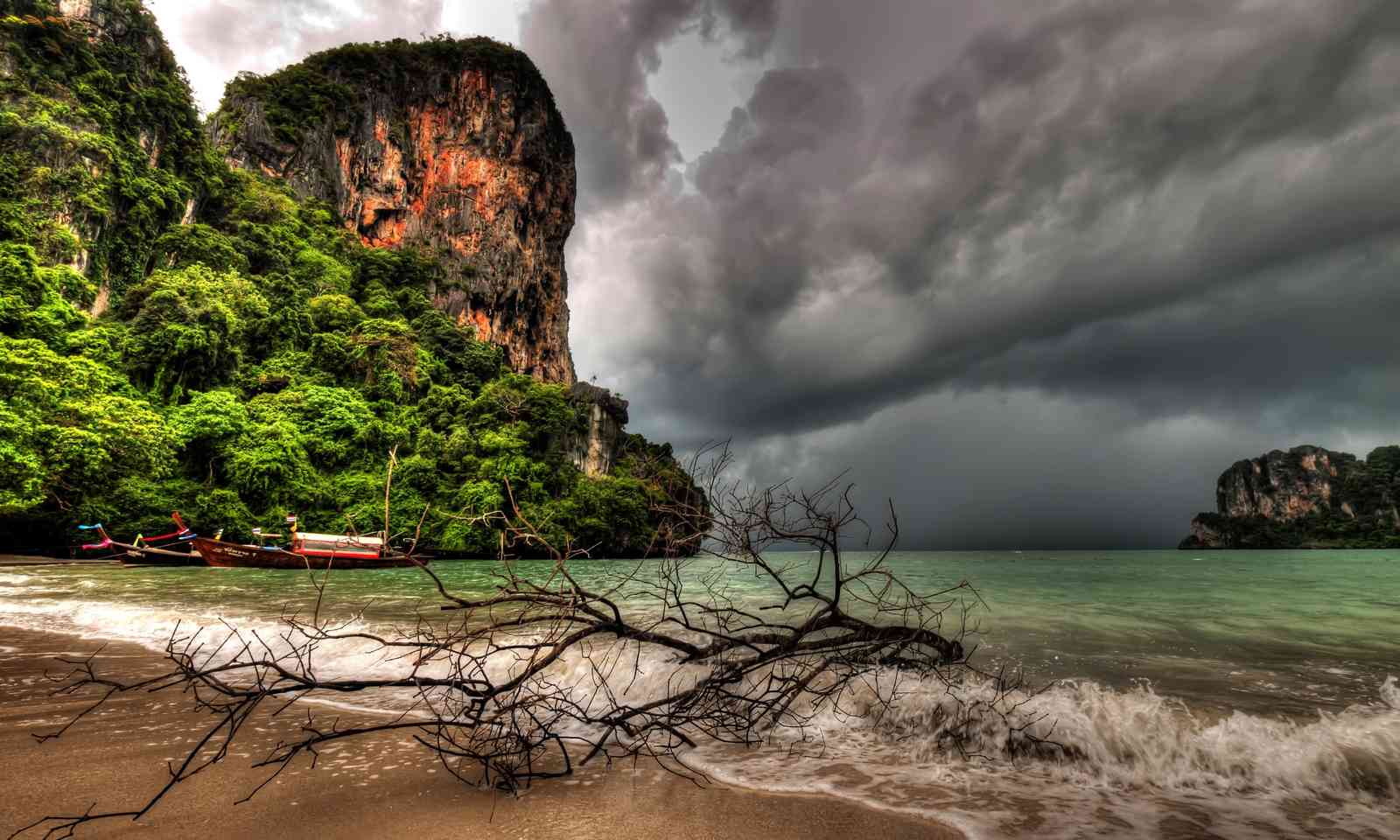 Like backpackers and road trippers, sailors sometimes have to abandon neatly thought out trips to accommodate an occasional unscheduled spanner in the works. Cancelled buses, flights and ferries are an occupational hazard for travellers, along with political upheaval and natural disasters, but unlike our land-based counterparts, weather plays a constant part in passage planning for cruisers.

Climate change has begun having a real impact on our travels. In the ten years we have been sailing, its impact has been growing stronger and the signs have become more frequent. Clearly delineated seasons are being eroded by climate change, with hurricanes and cyclones spilling into previously ‘safe’ periods, and the transitional months between monsoons are becoming dangerous. 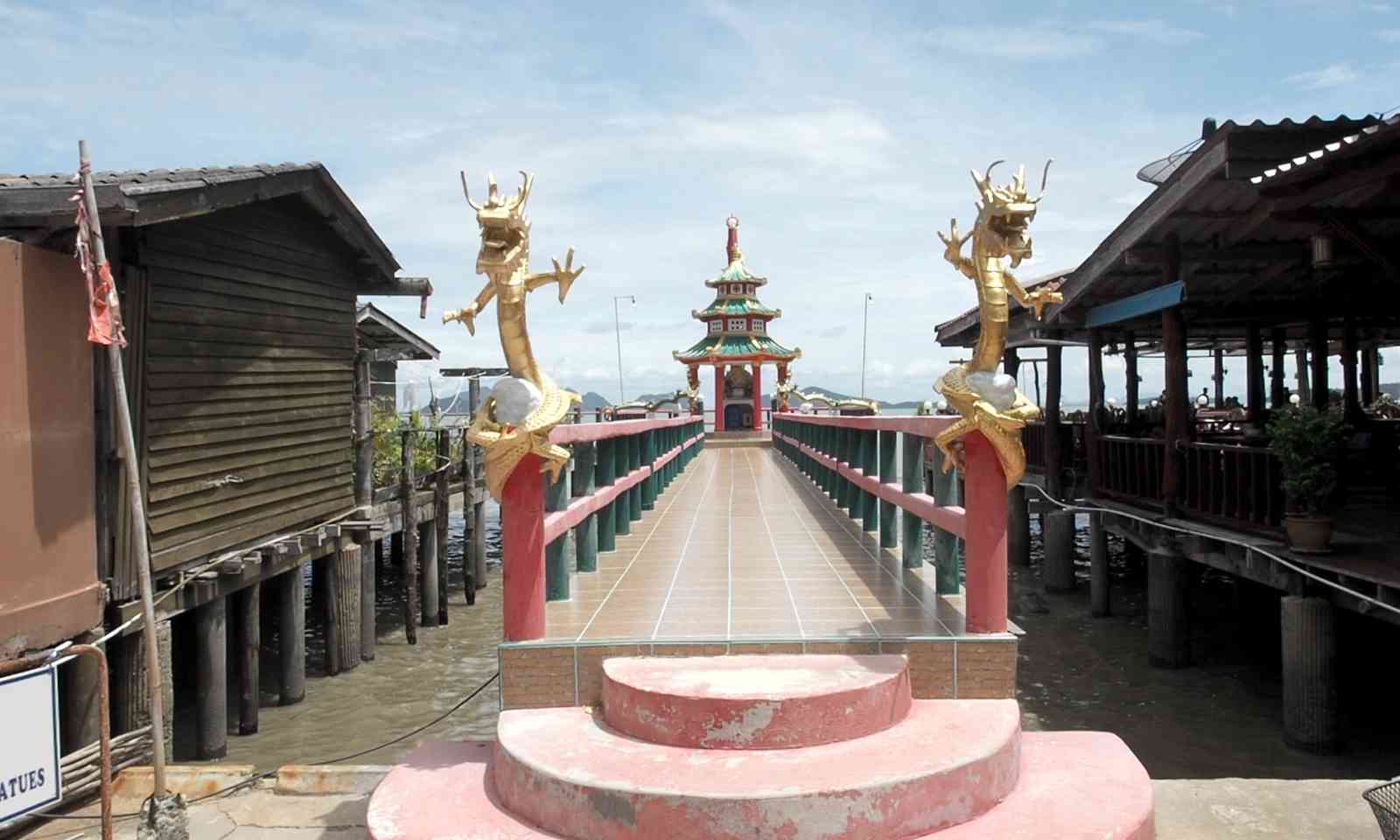 It means we have to tackle more dangerous passages more often and grab time ashore whenever we can.

During one such lull between extended squalls, we took the dinghy ashore to the town’s long pier. But the landing pontoon, which on a previous visit had hung off the end was gone, so we buzzed around boat lines and concrete piles searching for a safe place to leave our vulnerable inflatable. The only space appeared to be a set of barnacle-encrusted steps, which jutted steeply from the confused waves. Ten minutes later, and beginning to lose hope, we heard a shout. A man on a small boat rafted up against a big ferry, beckoned towards us.

“Two or three hours,” we said.

“No problem. We here two days.”

We thanked our smiling saviour, handed him the painter (dinghy line) and climbed over the gunwales of his small ferry where Jamie tied us on securely and let the dinghy float out of harm’s way.

Everyone shook hands and introduced themselves. After the usual Q&A about where we were all from and where we were headed, Jamie and I picked our way over the slippery deck onto the next big boat and across a plank attached to the pier.

We tried to imagine this happening in other places we have known, but had a giggle at the idea of a bunch of ferry operators in more ‘civilised’ countries preferring to drink their tea in silence, rather than offer a helping hand. We chalked the experience up to another one of the unprompted kindnesses we have been shown by the people of Thailand.

Since it was unlikely we would make it to shore again, we had a proper look around. There is only one street at the end of the pier. Left takes you to the fishing village proper and right takes you to the more touristy area, so we strolled up and down the street, browsing the shops and people-watching. 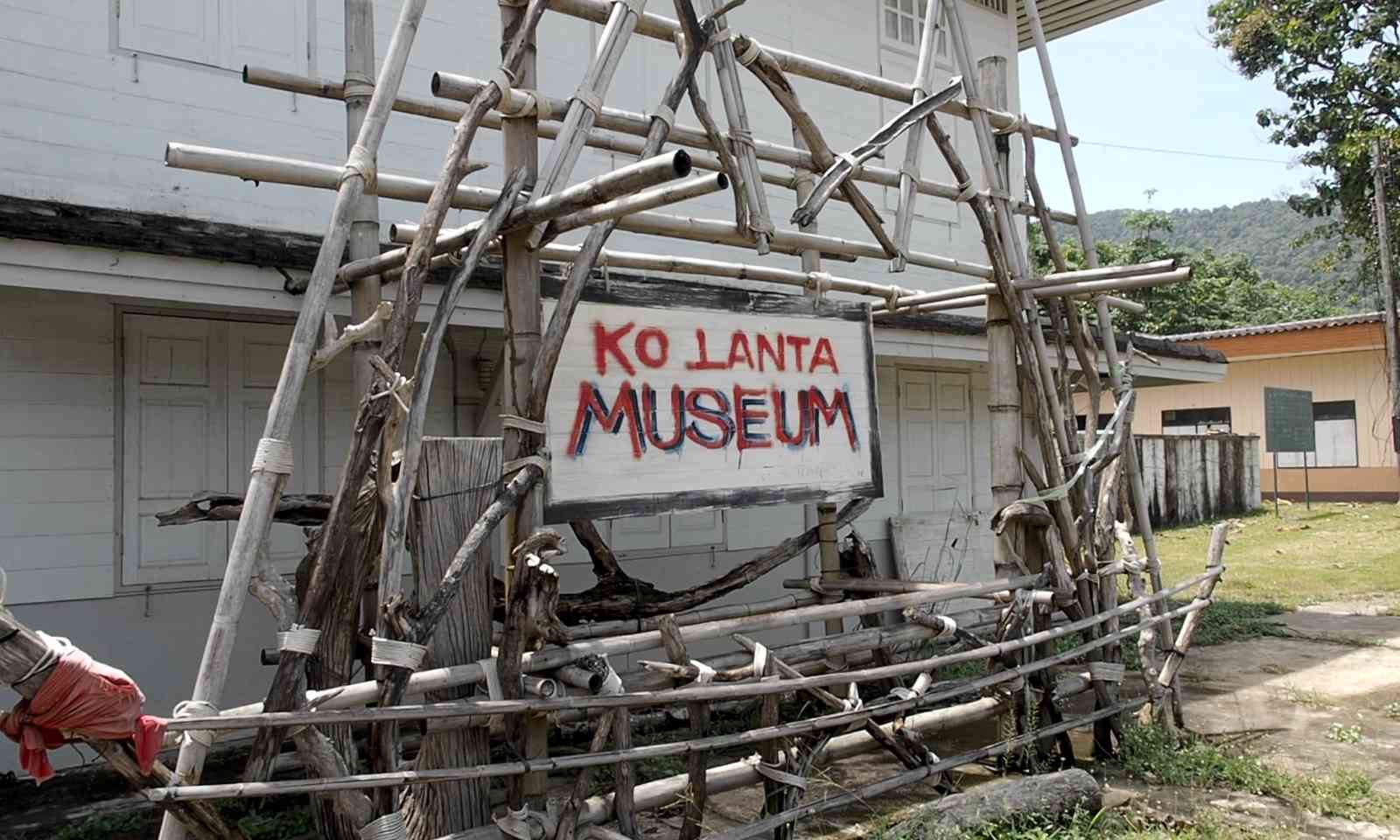 At the one-woman wet market, we picked up fresh fruit and vegetables. Just like our previous visit a couple of months ago, we walked to the museum but found the doors closed. It seemed churlish, before heading back, to forego a homemade seafood curry at one of the restaurants on stilts that line the waterfront. We chose the Shine Talay, where we started with fresh pineapple juice and ended with the mintiest mojitos we had tasted in a long time.

Two days later, the impact of climate change was apparent again. The anchorage was becoming less tenable with the wind blowing stronger from the northeast, rain continuing to wash the decks and the fetch buffeting us around. The forecast said more of the same, but no worse.

“Why not? Esper can handle these conditions,” I said, wondering if I would be able to handle them.

We left early the next day on the wildest crossing we have so far experienced in Thailand. It was cold enough for us to don the wet weather gear that had been mouldering in the bottom of our cupboards since 2013 when we first arrived in south-east Asia. 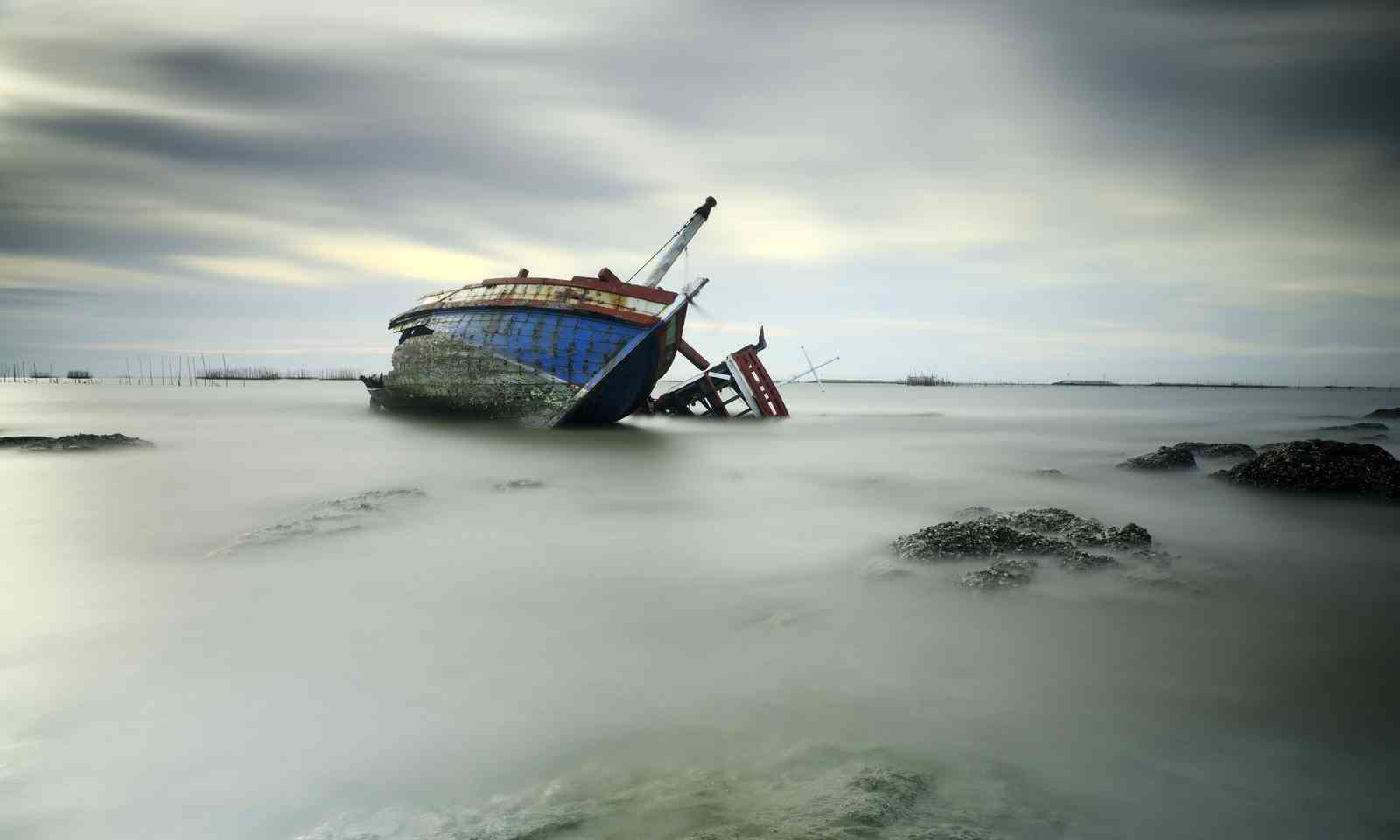 The impact of storms in Thailand (Dreamstime)

Now, sitting at anchor across from pretty Panwa Beach in Ao Chalong, the water is flat and the sky is clear. It’s hard to believe that Tropical Cyclone 5B is wreaking havoc in the Bay of Bengal as it heads towards India, throwing up waves and wind along Thailand’s west coast. I want to move on and get going, but prudence has taught us to mind the weather forecasts and forego any deadline if it means sailing into danger.

We might go ashore tonight. I’ve heard they make good piña coladas at The Beach Bar.