12 of London's hidden gems, as chosen by team Wanderlust

In celebration of our secrets-themed 200th issue, the travel experts behind Wanderlust share their top London secrets, including quiet cafés, secret areas to explore, hidden gardens, and more... 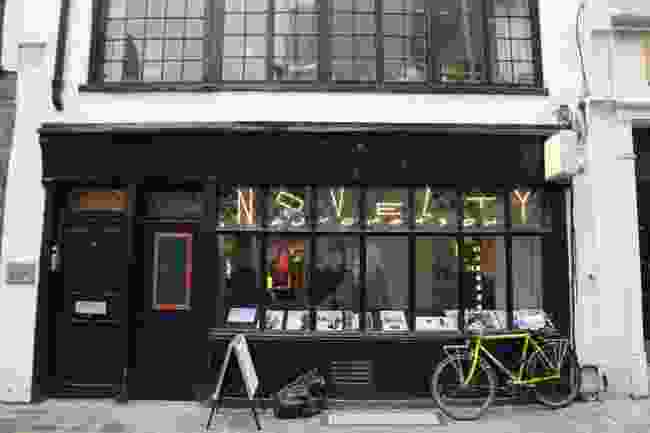 Novelty Automation is a tiny room in central London – not far on foot from the British Museum – filled with arcade machines, unlike any others you’ve seen.

These coin-operated games are as weird as it gets: a motorised chiropodist who examines your feet, a two-player divorced couple fighting over their house, a handsy Autofrisk machine that’ll quite literally pat you down, and an ‘Alien Probe’ – just to name a few.

You’ll part with as many coins as you would in a standard seaside arcade, but for this truly unique (and rather kooky) experience, it’s worth the wasted pounds. 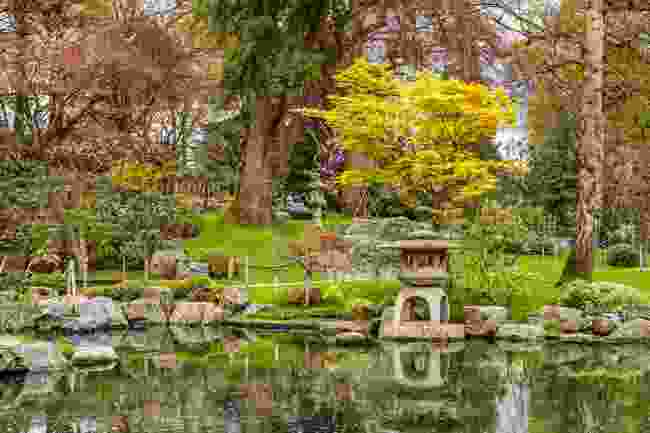 In the back garden of some of London’s fanciest houses, you’ll find a slice of Japan in the peaceful Holland Park.

If you can put your postcode envy aside, stroll further into the park and discover the traditional Japanese garden where waterfalls and ponds hum quietly and brightly coloured peacocks roam proudly.

A serene alternative to Hyde Park (just down the road). 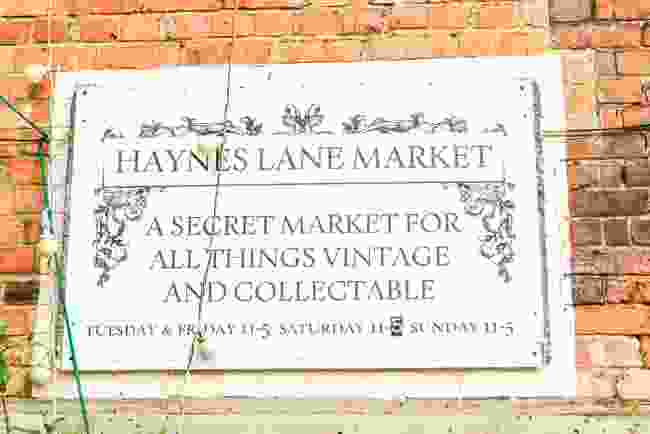 Haynes Lane Market never seems to make it on to the top markets in London lists. Maybe it’s because it’s not central or because only the locals know about it, but if you haven’t been you’re missing out.

The market is on Friday to Sunday. Head down the narrow alleyway covered in graffiti art to find a treasure trove of bric-a-brac, antique furniture and household goods, vintage jewellery, clothes and more.

Plus, on Saturdays, make your way to the food market for the best bean burger wrap (made by Comfort and Joy) I’ve ever tasted! 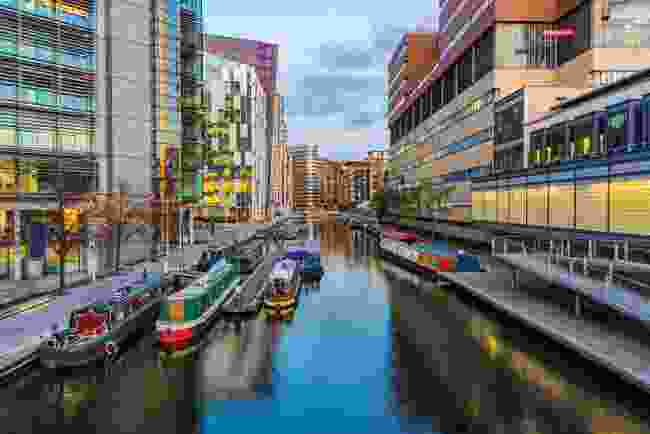 The best thing to do is hire a GoBoat through Regents Canal. 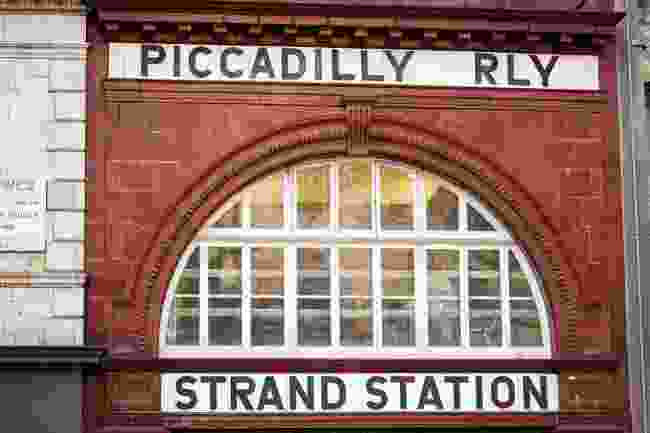 The London Transport Museum periodically offers guided tours of abandoned tube stations. Highlights include Down Street, the station that became a bomb-proof air raid shelter during the Blitz, and the unused Aldwych/Strand station.

6. ScooterCaffé on Lower Marsh, behind Waterloo 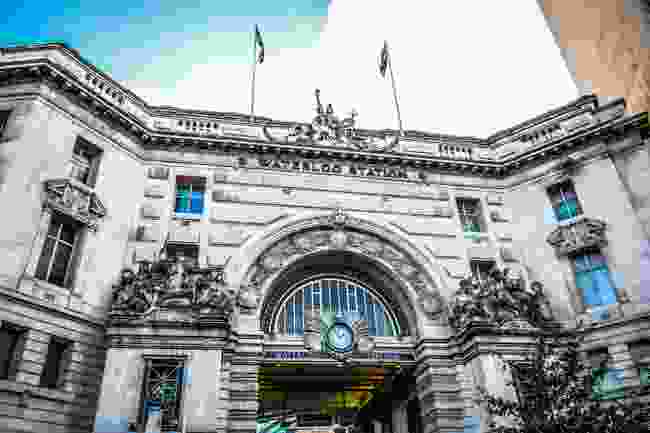 I’ve lived in London for nearly 20 years and this shabby little café/bar has always served as a great place for a meet up in Central London. The café started life as a scooter repair shop and has retained that look.

It's a great place for cake and coffee by day and beers at night. The café’s footprint is pretty tiny, with a small courtyard out the back on the ground floor (perfect in the summer), and further seating downstairs in the small basement accessed via the spiral staircase.

If you’re coming to the café from the embankment side of Waterloo you can take a shortcut to the café via one of London’s other secrets - the Vaults/The Graffiti Tunnel which is an underground tunnel that acts as a giant canvas for London’s graffiti artists. 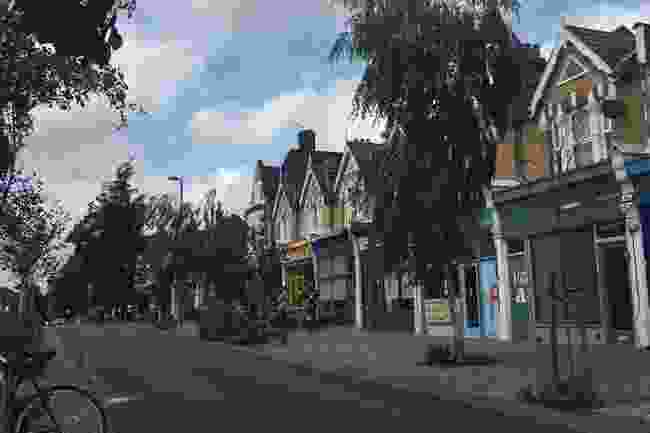 Columbia Road Market, Broadway Market, Borough Market – what do they all have in common? They’re great, but busy.

If you’re willing to travel further afield for a similar vibe, take a short-but-sweet stroll down the pedestrianised Francis Road, a 10-minute walk from Leyton tube station.

There are numerous plant shops, a store of stylish furniture and knick-knacks, a smart book shop, and as for food? Eat excellent toasties and coffee at Strange Brew, indulge in wine-tasting at Yardam and enjoy a variety of foodie delights at Marmelo Kitchen.

You’ll only spend an hour here (absolute max) so plan your trip as a part of a wider jaunt around North London. Lea Bridge, Walthamstow and the Marshes aren’t far away by bus. 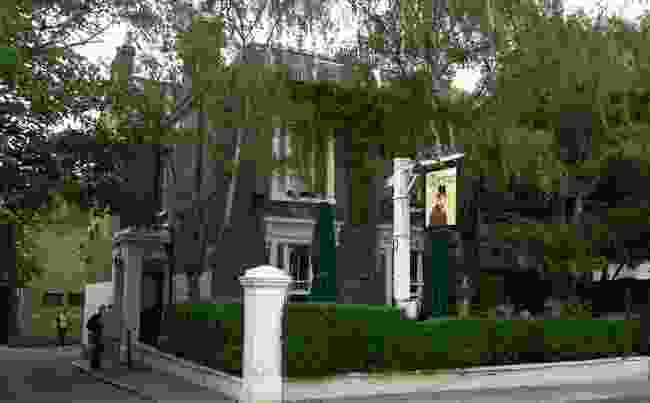 A neighbourhood tourists usually never get to see! Just a five minute walk from the delicious Café Med (you must try their amazing fries) is the hidden but very famous Clifton Pub – recently re-opened – on Clifton Hill.

Housed in a former Georgian hunting lodge, it's been a thriving part of the local community ever since, even playing host to royalty when King Edward VII used the rooms above the pub for his affairs.

Now, the pub has been restored by local brothers and is a true local pub once again. It has a lovely cosy bar and a light, bright conservatory with even a small front garden, which is amazing given that it sits on a quiet residential street. 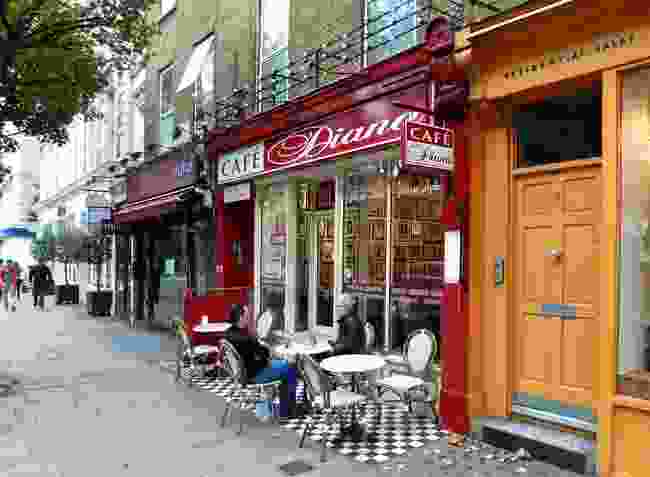 Not far from the neat gardens of Kensington Palace is the somewhat garish Café Diana. The owner is obsessed with the late Princess of Wales, who reportedly dropped by for a coffee once.

The walls are literally covered with photos of the People's Princess, and the menu comes with photocopies of 'correspondence' between the owner and Di (well, her press secretary, anyway).

The coffee is pretty good. The food is cheap and cheerful. And the atmosphere? Royally cheesy. 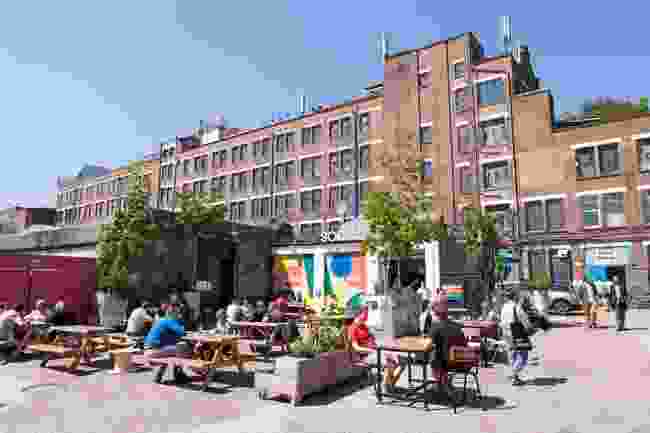 I love it because it’s completely hidden. On first appearance, Persepolis genuinely looks like a corner shop. Actually, it is a corner shop, too. The restaurant bit is where you'll find excellent Middle Eastern food. 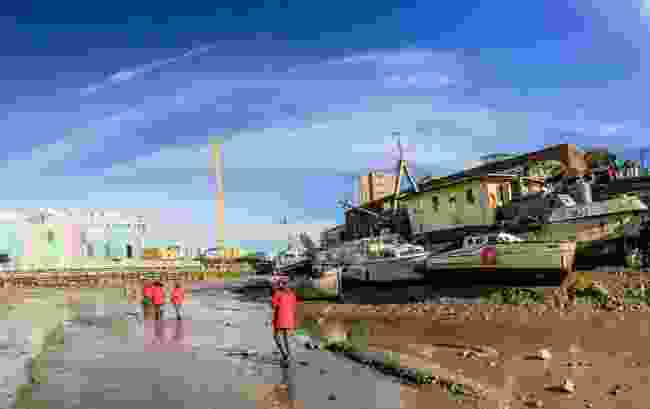 I really enjoyed the creek walk that you can do. Don waders to stalk the mud of Deptford’s starkly beautiful tidal creek.

Tours run once a month on Sundays and explore a little-seen stretch of wild that is fringed by the ghosts of old tidal mills, beached hulks and birdlife. 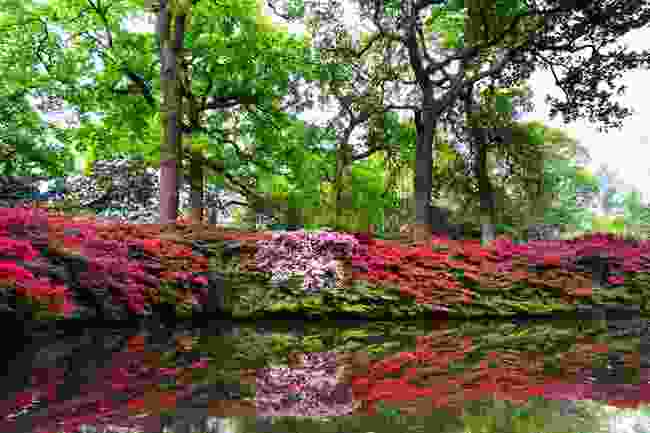 Between April and May, a 40 acre woodland garden in Richmond Park turns eye-popping shades of pink and purple, as its national collection of azaleas and rhododendrons blaze around the streams and ponds.

See the best bits of London:

Where can you enjoy nature walks in London?