The other side of Havana: A ferry journey to little-known Regla

The Cubans author Anthony DePalma takes us beyond Cuba's kitschy cars and colourful houses, and revisits his frequent ferry journeys from Old Havana to the lesser-visited town of Regla...

Oh, Havana! Millions come from around the world to see, hear and taste your forbidden reality. Most never venture off Obispo or the Prado, satisfied that the Disneyland version of Cuba they’ve sampled – kitschy cars, big cigars and satiny smooth rum – is the real thing.

But Havana is a major cosmopolitan city of more than two million, comprising 15 separate municipalities, and few visitors dare venture outside the restored old town, Havana Vieja. The city's overcrowded and unreliable mass transit system is a noxious deterrent to exploring, and taking one of those fantasy 1950s American classics might seem like fun heading to a destination, but it’s nearly impossible to flag one down to take you back. 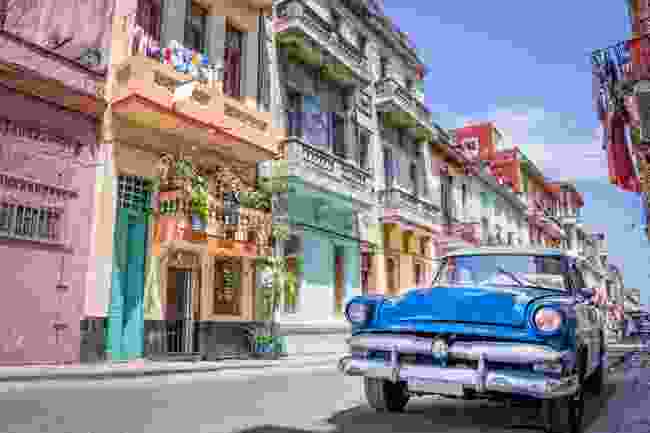 However, there is one way to travel beyond the usual confines of old Havana and into the densely evocative world of revolutionary Cuba. It is a surprising bargain, so cheap that many travellers would have trouble finding local currency that small. For just 10 centavos (about 70p GBP) and the seven minutes that it takes to cross the murky waters of Havana Harbour, you can arrive a world mostly hidden from all but the most adventurous travellers.

Like many Habaneros, I got to know the little ferry, universally called la lanchita, by necessity. My affection for it grew as I came to depend on it during the years I spent researching my new book, The Cubans: Ordinary Lives in Extraordinary Times. I’d shuffle on board in the mornings with the waitresses, mechanics and sandwich sellers heading to Havana Vieja, and I’d ride back in the evenings, catching the cool breezes coming in through the open sides, with the Cuban hipsters and the adherents to Cuba’s syncretic Afro-Cuban religions, as they tossed written prayers wrapped around coins into the water. 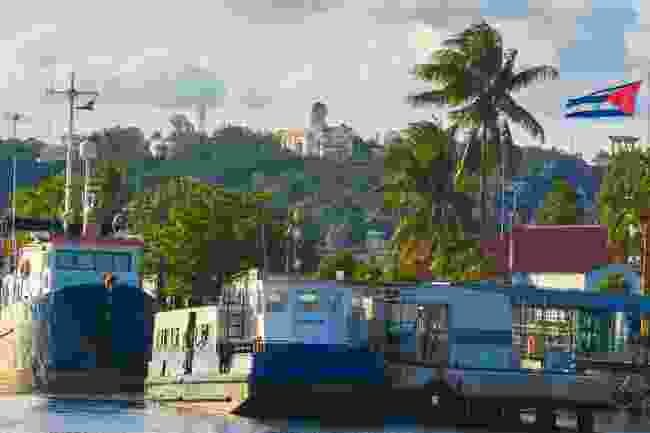 Depending on how many lanchitas are functioning, one leaves from the renovated ferry dock Muelle Luz on the Havana Vieja waterfront (just down from Plaza San Francisco and before the new brewery Cerveceria del Puerto) every 10, 15 or 30 minutes. One ferry goes north-east to Casablanca, just below the giant statue of Christ, and the other south-east, to the ferry terminal at Regla.

There was a time, during the darkest days of the revolution in 1994 – after the Soviet Union collapsed and cut off Cuba’s economic lifeline – that desperate Cubans thought of the little ferries as freedom starships. Over the course of a few days, several were hijacked, their pilots forced to steer toward Key West. A few made it to international waters where they were intercepted by U.S. Coast Guard cutters, who offered to take those who wanted back to U.S. soil.

No ferry has been hijacked since 2003 when several young men took control of one were arrested and sentenced to death. The government also made hijackings impossible for many year, by limiting the amount of diesel fuel the ferries carried to less than 10 litres, just enough to get across the harbour and back. Guards still sometimes check bags and use metal detecting wands – just in case anyone has ideas. 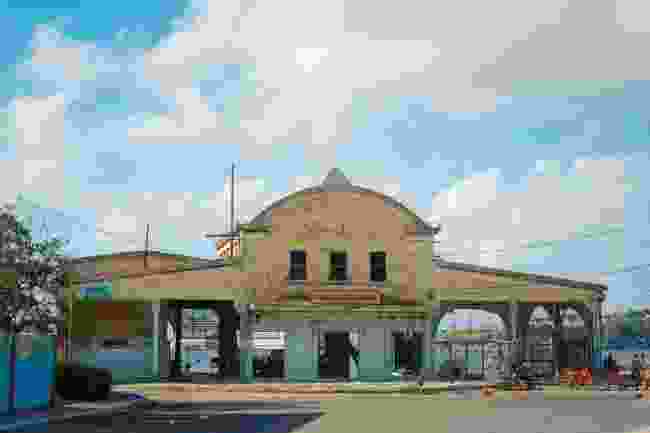 The majestic old ferry terminal in the town of Regla long ago turned into rubble, and was replaced by an ugly utilitarian landing strip. The ferries are rated to hold 90 passengers, but often many more pack on. As they disembark, the crowd streams toward Martí, Regla’s main street, but a few people peel off to the left to climb a small hill topped by the immaculate white stucco of the church Iglesia de Nuestra Señora de Regla.

Inside, a small statue, swaddled in a sky-blue cape, of a dark-skinned virgin sits on the altar amid gold-trimmed splendour. Devotees, dressed entirely in white, often light candles or leave offerings to Yemayá, the Santería deity of the ocean that takes the appearance of the Catholic Virgin Mary. Vendors outside offer to intercede on your behalf, and sometimes at the water’s edge, one of Santería’s many devotees will be tossing in fruit or other offerings while reciting incantations. 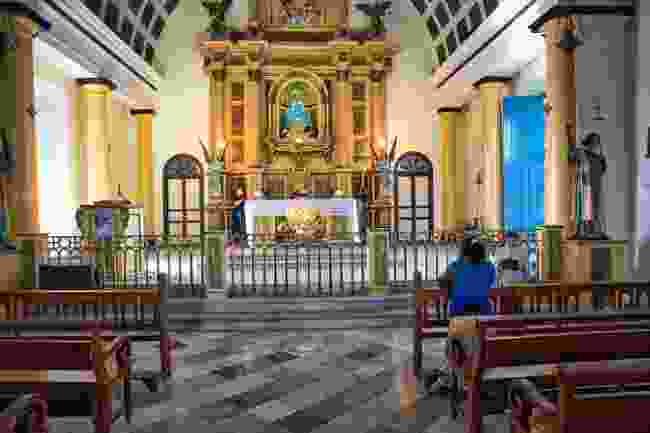 Straight up Martí, past the little Parque de las Madres, and far from the sanitized carnival of old Havana, is the real Cuba. Here the fish store, the butcher, the flower shop and the cantina are typical of what the real Cuba is like. These stores all take the old Cuban peso, although most proprietors, like most Cubans, are friendly enough to adventurous outsiders.

At Number 158 Martí is the Municipal Museum of Regla. Small and as disappointingly rundown as the town itself, it offers a brief history of Regla, known as the Sierra Chiquita for its hilly streets and revolutionary fervor. At the main plaza, Parque Guaicanamar, you can get an idea of what the city must have been like in its heyday, with two cinemas, a grand municipal building, and the remnants of a few night clubs, all now completely or mostly derelict. 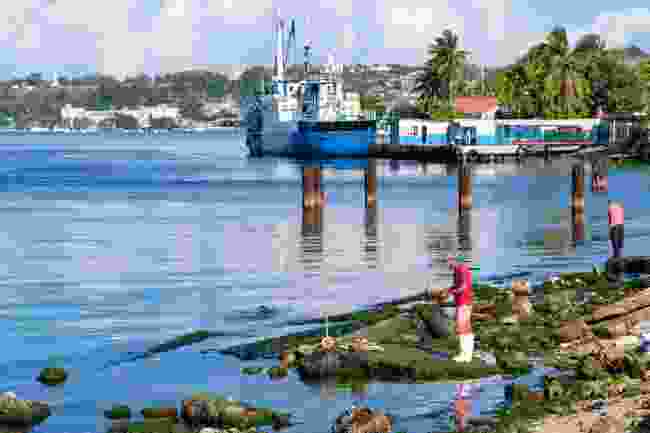 Meal options are limited, as they generally are in Cuba outside Havana, but El Caimán is  worth hunting for. From the corner of the Parque Guaincanamar, turn right at Cespedes, then left at Maceo. Two blocks up  turn right at Fresneda. After the intersection with Adriano, halfway down the block, is the entrance to El Caimán, now run by the original owner’s son, a testament to its popularity with locals. The beer is usually cold (pick Bucanero over Cristal, if they have it), the menu often an improvisation based on availability, and the prices—in pesos or the dollar convertible CUC—quite reasonable. I was there one night when two platters of fried pork tips with rice and plantains with two beers came to roughly 15 CUC. 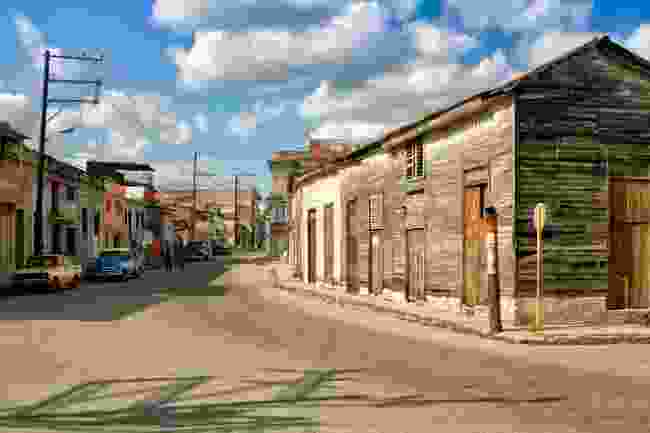 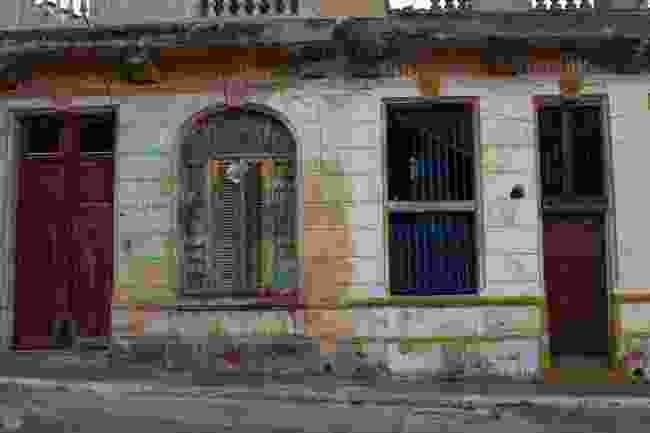 A colourful building, also in disrepair, in Regla (Shutterstock)

Returning to Martí, walk straight up past the police station and Lodge #61 of the International Order of Odd Fellows. Across the street is a religious shop with statues of both Yemayá and Caridad del Cobre, Cuba’s catholic patron, in the window. You can stop in to chat about Santeria, about the revolution and about what life in Cuba is genuinely like. A few more steps up Martí is the entrance to the local cemetery, created in 1900. This is where, on May 1 every year, the buses pick up locals headed to the Plaza of the Revolution for the big May Day event.

If there’s time, it’s possible to continue alongside the cemetery to Via Blanca, a main road linking Havana to the coast at Cojimar, made famous by Ernest Hemingway. From there, with patience, the #50 bus (40 centavos) can get you to the center of the ancient town of Guanabacoa, the setting of The Cubans. Like Regla, it has its own churches and a municipal museum that have seen better days. The pace of life can approach languorous, especially beneath the mid-day sun, but Guanabacoa—founded in 1544--oozes history. 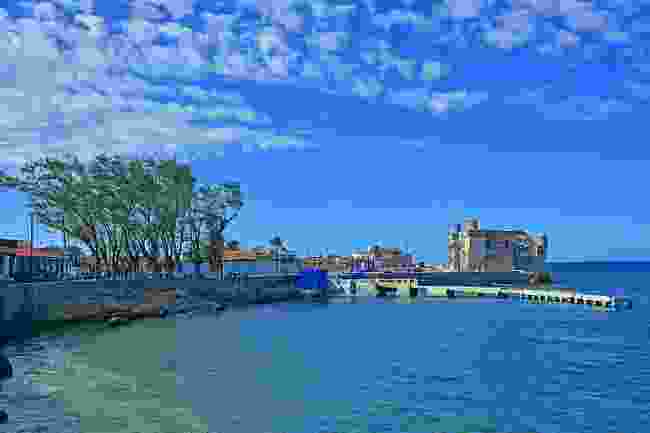 Back in the last century, a Cuban historian, Gerardo Castellanos, described Guanabacoa and Regla as being like “two wings of the same bird.” Knowing them, for even a day, can lift the veil on the real Cuba. 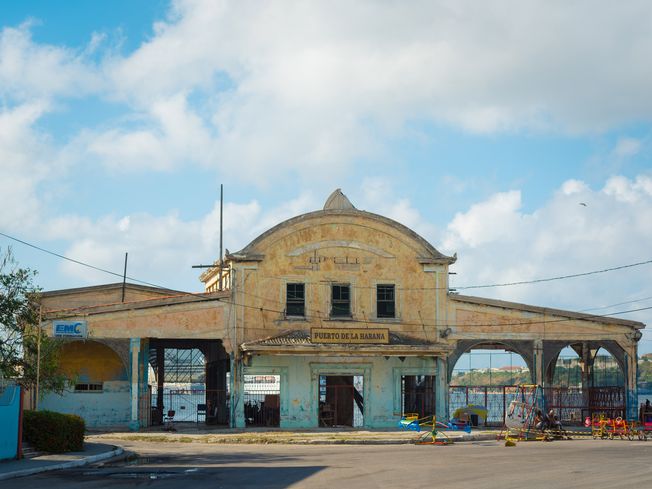 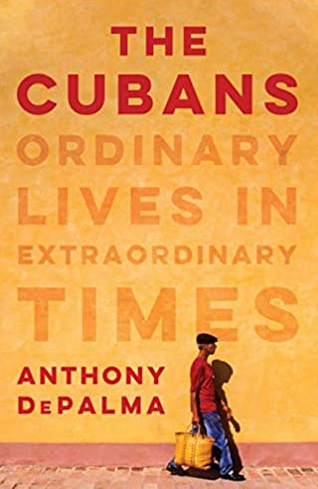 Anthony DePalma is the author of City of Dust: Illness, Arrogance and 9/11, The Man Who Invented Fidel and Here: A Biography of the New American Continent.

For much of his 22 years as a reporter and foreign correspondent for the New York Times, his work focused on Latin America, and he continues to write for the newspaper as well as other publications.

His latest book, The Cubans: Ordinary Lives in Extraordinary Times, is out now via Penguin Random House.

Alice Morrison's journey through the Sahara