What's life like in the Sahara Desert? Alice Morrison finds out

Big chunks of the still-expanding Sahara are still unexplored. The adventurer Alice Morrison set off to discover what life is like in the desert – and how climate change is impacting on it...

We were two days' walk past Laayoune, the last city and supply drop for the next 30 days, and our little caravan of three Amazigh (Berber) guides, one Scot and six camels had just entered the grand dunes.

They shimmered under the sun, as much silver as gold and seemed to move as I stared at them. After endless days of walking on the flat, the curves felt voluptuous. The dunes are a killer for the legs, so we skirted them, walking the edge of a large sunken valley called a sabkha, which is deep red in places, signifying the possibility of quicksand. "My legs have got a headache," said Addi, the youngest of my travelling companions at 24 and the son of a nomad. I knew exactly what he meant.

The Sahara Expedition was a three-month long crossing of the world's biggest hot desert from Oued Chbika on Morocco's Atlantic coast to Guerguerat on the Mauritanian border. The history of this Western Sahara region is a complex and troubled one and although it is governed by Morocco, the UN has recognised that the people of the region, the Sahrawis, have a right to self-determination. The expedition was a physical challenge as we crossed over 2,000km, walking around a half-marathon a day for 78 days, but the aim was exploration. I wanted to see what life was like there now, what traces history had left behind and also what the impact of climate change was on the region. 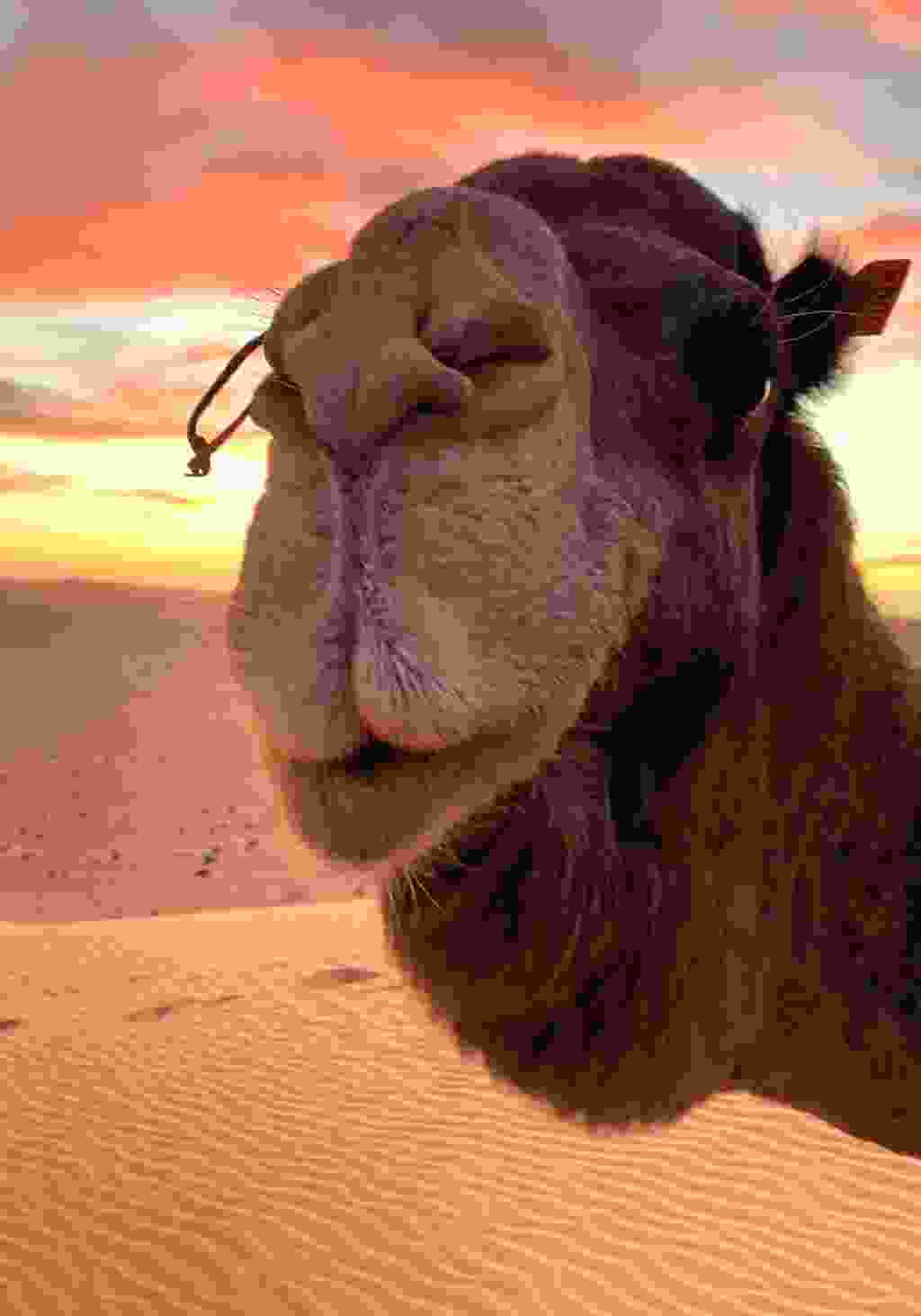 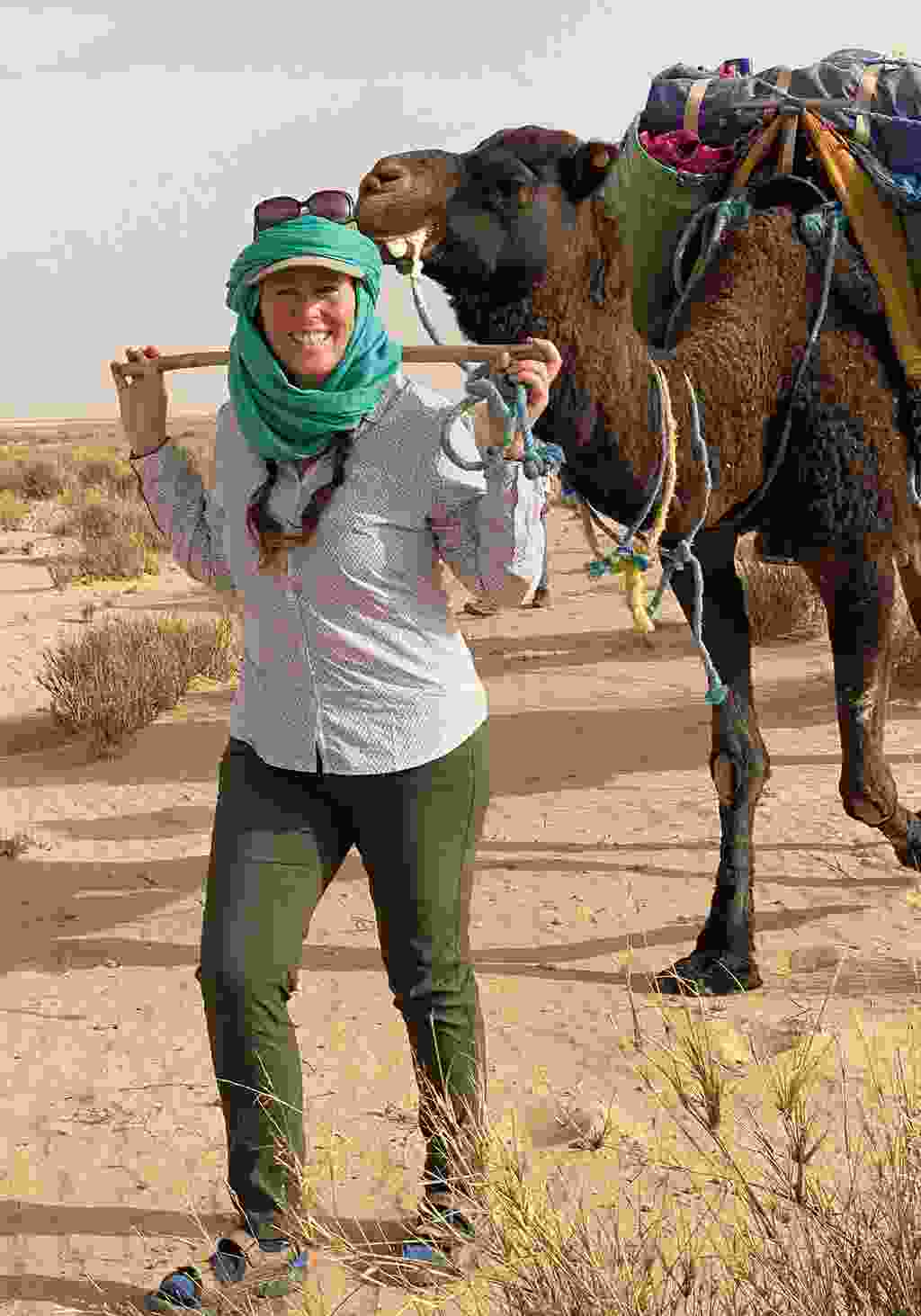 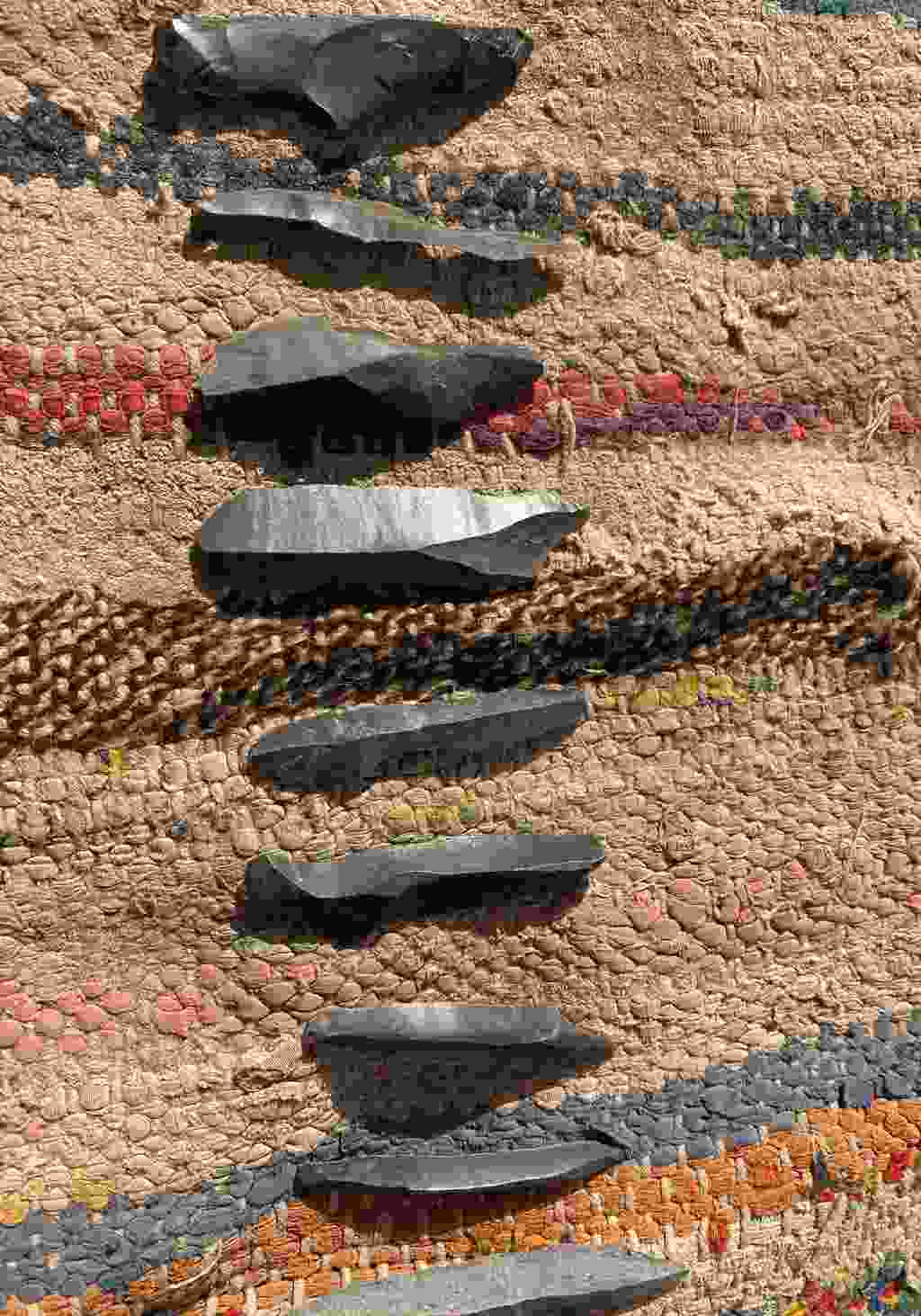 The days among the dunes were rich in discoveries. Every night the wind sweeps them clean and, with no people anywhere, the tracks of the wild animals were clearly etched. At first sight, you'd swear that no life could exist in this barren landscape but then when you stopped and looked, the sands came alive.

The long, dragging tails of the lizards, the delicate footprints of the mice, and the three-pronged forks of bird feet were drawn everywhere and I took pictures and made notes of all I saw. We were walking along early one morning when suddenly Brahim, the expedition leader, stopped short pulling up the camels with Hamish in the lead protesting strongly.

"These tracks, it's something very rare." I bent down and tried out all my options. "ls it a dog?" "No." "A fox?" No. "A wolf?" "No." I'd exhausted my entire Tashlaheet (Berber) vocabulary for animals with paws. "It is that animal with very strong legs and a big head that laughs like Addi." Ifis - a hyena! We'd found hyena tracks and I was filled with excitement to have proof that they still exist in this land that hasn't seen good rainfall since 2014.

Water was our constant preoccupation. The camels could carry enough for our needs for around six days but we had to be able to refill en route as the next known well was over three weeks away. The camels could possibly survive, but we could not. That water stress was always with us. 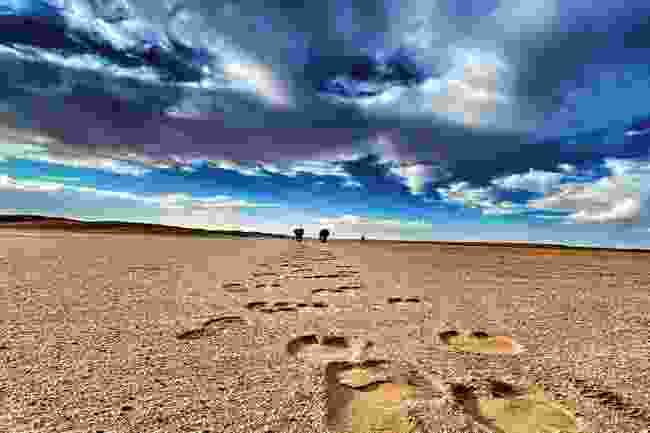 A couple of days later, it was coming towards the end of our day's allotted walk when I saw something glinting up ahead. I assumed it was just a patch of particularly quartz-like sand that was catching the sun and kept on trudging towards it. As we got closer, though, it looked more and more like a little lagoon of water. "It's a miracle," said Brahim and it was. Sweet water in the middle of the sands. Do you remember that feeling when you are six and you wake up and it is finally Christmas day? Double it.

We took the halters off the camels and they slurped down litres, shaking their heads and showering us. We filled up all our containers and I stuck my swollen hands in up to the wrists and then my aching feet and sat there feeling as though life could never get better than this. We continued on and within about 15 minutes, we'd found 11 Stone Age tools: knives, arrowheads and cutting tools. Days later when we met a nomad from the area, he told us that this lagoon has always existed; it fills with rainwater or some underwater spring. The tools we found in the area bore out his story and the realisation hit me that I was walking in the footsteps of my Stone Age ancestors - an unbroken chain of history.

That evening as we sat in our tent in the bivouac at the foot of the dunes, Lhou, our oldest team member, a farmer and a very good tea maker, poured us out a glass of hot, sweet tea. "This is the right water to make good tea," he said. "This rainwater makes the tea taste really delicious." He smacked his lips appreciatively. I took another swig trying to get the image of Alasdair the camel taking a very long pee in the middle of the lake as we were filling up our containers out of my head. Cheers...

5 reasons you must visit Guelmim, Morocco