15 stunningly beautiful shipwrecks you must visit

Silent and hauntingly beautiful, these wrecks have washed up on some of the loveliest parts of the planet and become an integral part of the landscape - or remain hidden under the sea to this day... 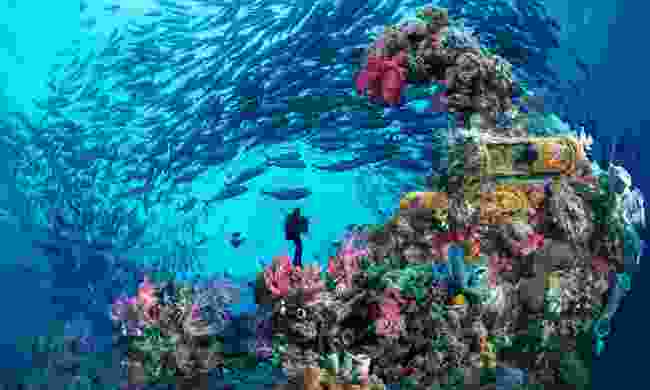 Framed pink soft coral on the wreck of the S.S. Yongala (Shutterstock)

The Yongala sank off the coast of Queensland during a cyclone in 1911. 122 people lost their lives as did a racehorse called Moonshine and a red Lincolnshire bull named Big Blue.

Today, it rests 90km southeast of Townsville, 10km away from Cape Bowling Green, encrusted in coral and providing shelter for manta rays, sea snakes, octopuses, turtles, bull sharks, tiger sharks and schools of fish. Many divers claim it is the most beautiful wreck in the world. 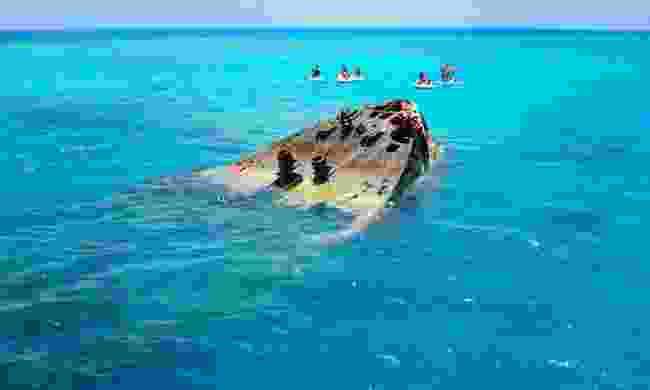 The HMS Vixen was an armoured gunboat that served with distinction, protecting the Royal Navy Dockyard in Bermuda.

After finishing her days as an accommodation hulk for dockyard workers, the Vixen was scuttled off Daniel's Head in 1895, laying in a narrow gap in the coral reef, with the bow just above water. 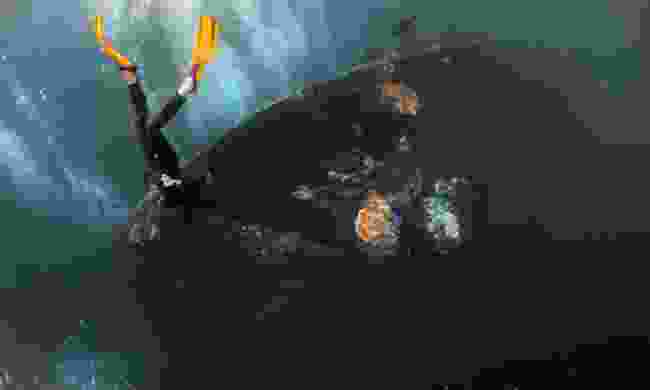 Torpedoed by a Japanese submarine in 1942, the wreck has broken up, but still divers can still see its guns, bunks, boilers and anchor chain. 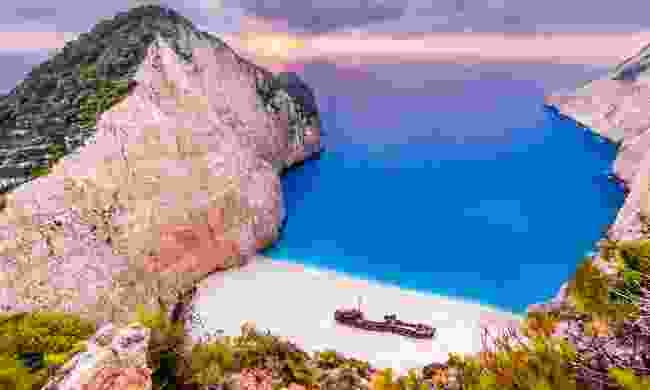 The wreck of the Panagiotis lays on the white sand of an exposed cove on the coast of Zakynthos, one of the southern Ionian Islands.

It ran ashore in 1980 during stormy weather and was abandoned, creating a tourist attraction and giving the beach a new name at the same time – Navagio, Greek for shipwreck. Surrounded by rocky cliffs, it can only be reached by boat. 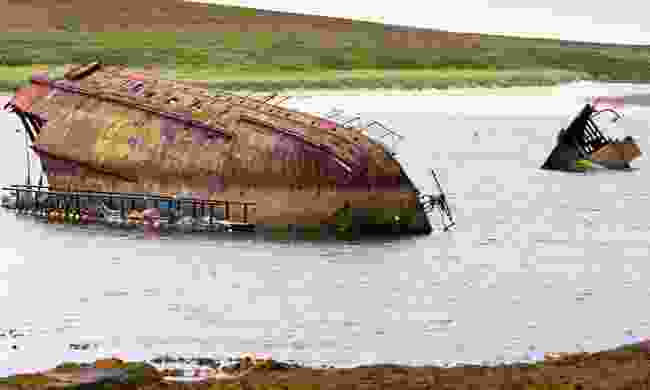 The sheltered waters near South Ronaldsay in the Orkney Islands have used by ships since prehistory. Scapa Flow has played an important role in travel, trade and conflict throughout the centuries – especially during both World Wars – and protecting it was vital to allied success.

To this end, 'blocking ships' were deliberately sunk during both wars to prevent access Scapa Flow and can be still seen in the bay today. The Tabarka was one of the last to be sunk and is a popular attraction for divers from all over the world. 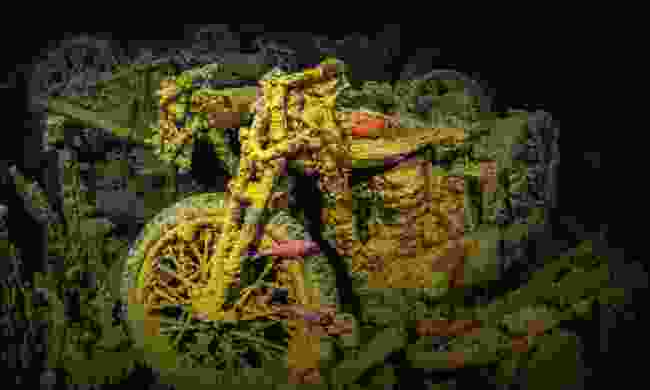 Sunk by a German air attack in 1941, the Thistlegorm sank in the Strait of Gobal, just north of Ras Mohammed near Sharm El-Sheikh. Its cargo was war supplies, including rifles, train carriages and trucks, all of which can be still seen today.

There were motorbikes too, and sitting on one, encrusted by coral and surrounded by colourful fish, is a prized photo opportunity for divers visiting the wreck. 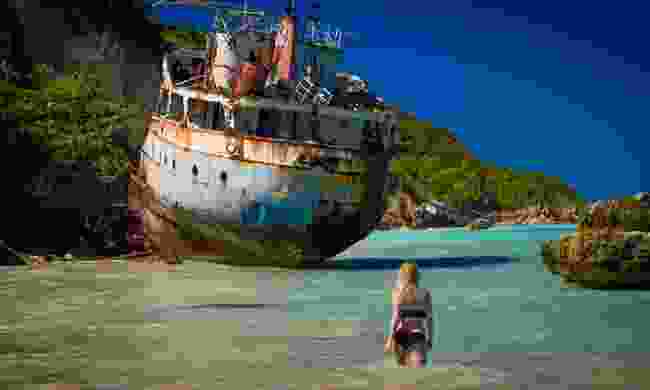 Approaching the wreck of the Sarah near Sandy Ground, Anguilla (Shutterstock)

The 232-foot-long Sarah sank close to Sandy Ground during Hurricane Klaus in 1984. It was floated and towed to its current position six months later, quickly becoming a popular tourist attraction and unlikely Instagram star. 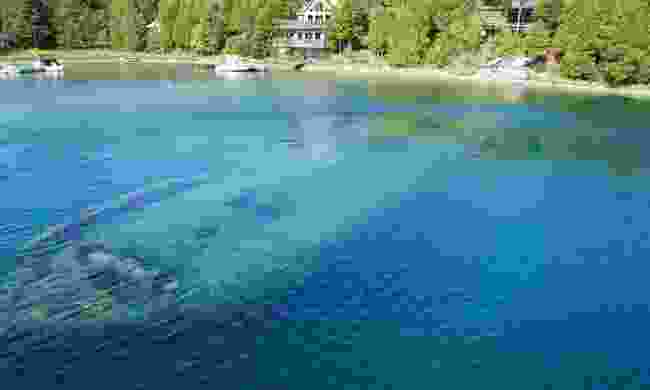 The wreck of Sweepstakes, near Tobermory (Shutterstock)

A perfectly preserved example of the kind of schooners that once plied the Great Lakes, Sweepstakes was damaged off Cove Island in August 1885 and towed to Big Tub Harbour, in Tobermory, Ontario, where it sank before it could be repaired.

Lying in clear waters at a maximum depth of twenty feet, it is one of the most picturesque wrecks in the world and a popular location for divers, snorkellers and sightseers in the Fathom Five National Marine Park. 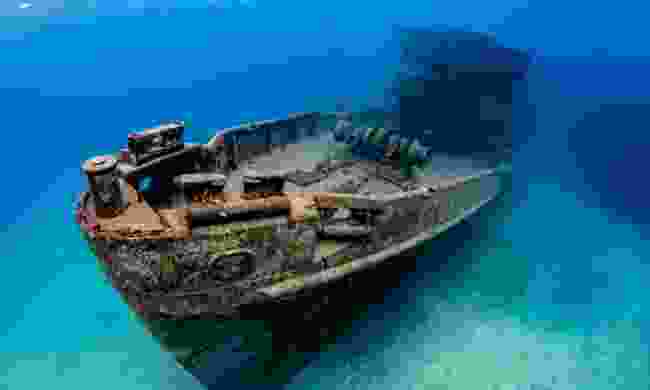 The underwater wreck of the U.S.S. Kittiwake (Shutterstock)

The water is clear and warm, it has been stripped clean of all hazards, including doors and hatches, so there is always at least one exit point. It has a quickly become an artificial reef, attracting an abundance of colourful sea life. 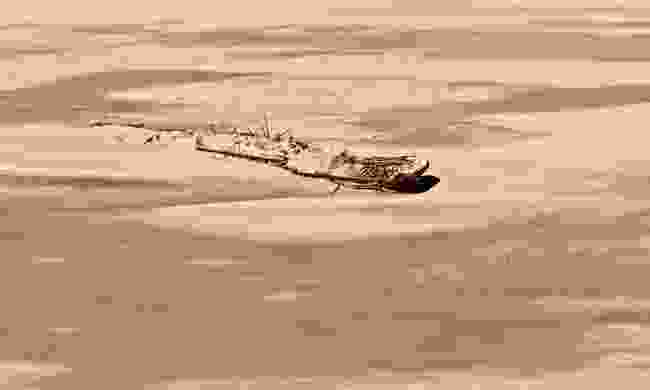 The wreck of Eduard Bohlen on Namibia's Skeleton Coast (Shutterstock)

Namibia's Skeleton coast is an infamous ships’ graveyard, littered with the rusting skeletons of vessels brought undone by the treacherous conditions here.

One of the most unusual is the Eduard Bohlen. It ran aground in thick fog in 1909 and now sits 800 metres inland, left behind by the constantly shifting sands of a desert that is constantly encroaching on the sea. 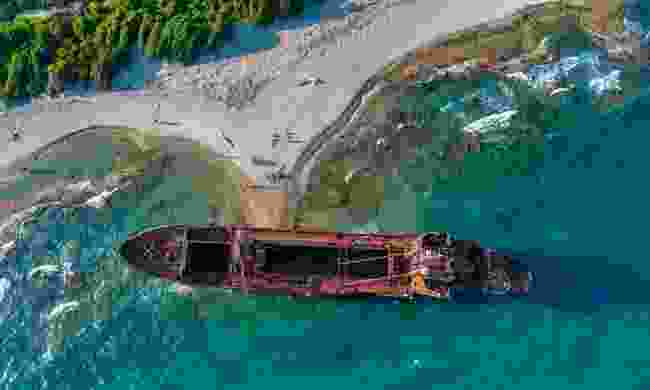 Aerial view of the Dimitrios near Gythio (Shutterstock)

Easily accessible from the sand beach at Valtaki in Greece’s Peloponnese, the small cargo ship, Dimitrios, washed ashore on 23 December 1981. How it got there remains a mystery.

It had been impounded and docked at nearby Gythio. Rumour has it that it had been used to smuggle cigarettes between Turkey and Italy and was torched to hide the evidence. 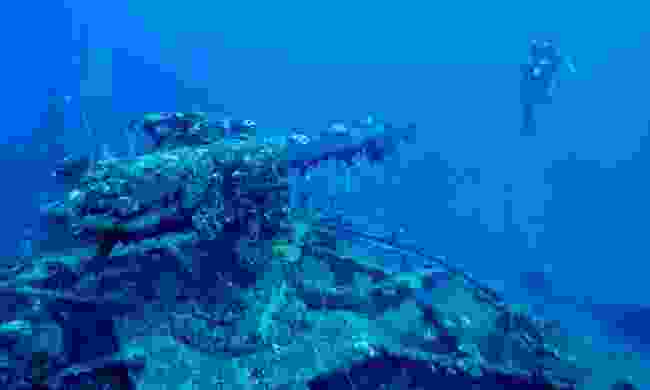 Sunk in 1944 and rediscovered by Jacques Cousteau in 1969, the San Francisco Maru is known as the 'million dollar wreck', because of the amount a supplies it was carrying when it sank.

Lying at the bottom of the Chuuk (formerly Truk) Lagoon in Micronesia, divers can still see the tanks, trucks, mines and bombs she was carrying. 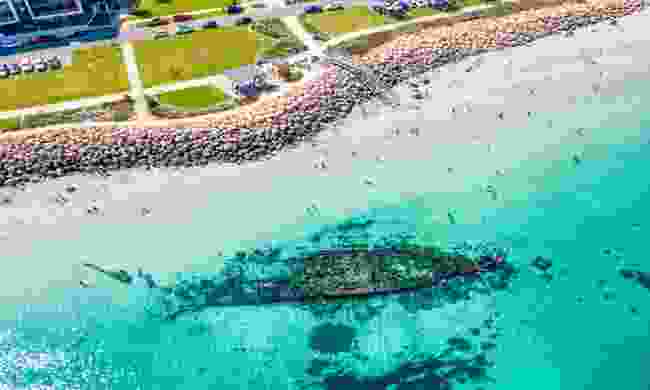 The Omeo is an old iron steamship that helped lay the telegram cable that linked Britain to Australia via Singapore. In 1905, it was driven ashore and wrecked at Coogee Beach near Fremantle.

It is Western Australia’s only shore based wrecked and is the star attraction of the Coogee Maritime Trail that also includes an underwater art gallery. 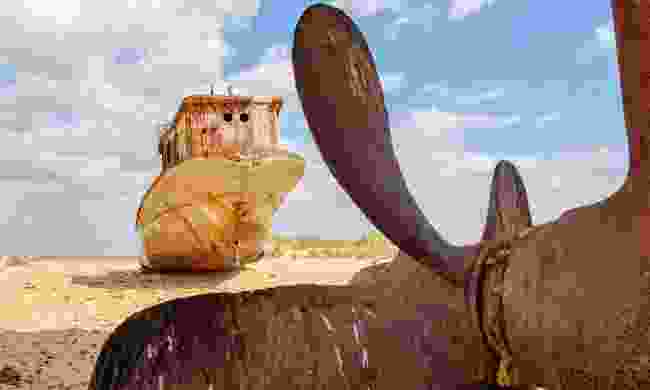 The Aral Sea in Kazakhstan and Uzbekistan is something of a graveyard for ships. After the Soviet Union diverted the rivers that flowed into the sea during the 1960s, it dried up, leaving dozens of ships stranded on the dry sea bed. Head to Muynak in Uzbekistan for the highest concentration of wrecks. 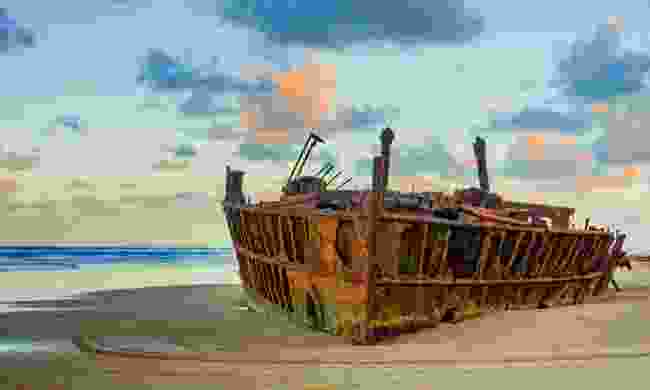 The Maheno shipwreck at sunrise (Shutterstock)

Fraser Island, off the coast of southern Queensland, has more than its fair share of shipwrecks - 23 in total. The most famous is the SS Maheno, a 5,000 ton steamer that served as a hospital ship in World War I and sold to Japan for scrap in the 1930s.

It never made it to Japan. A cyclone washed it ashore on the Fraser island’s famous 75 mile Beach, where it has been sitting rather photogenically ever since.