From smoked beer and Christmas markets to snow-coated medieval towns - these are Europe’s best cities to visit in winter months... 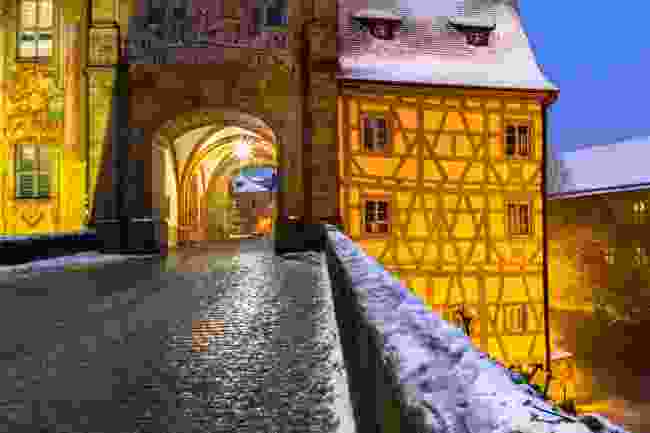 The 14th century Town Hall (Altes Rathaus) is located on an island in the Regnitz River. Cross the bridge past the Town Hall to feel like you've walked into a medieval fairy tale filled with half-timbered homes, the dramatic 11th century Romanesque Bamberg Cathedral, and numerous palaces, courtyards and alleys.

During advent (November to December), a traditional Franconian Christmas market takes over Maximiliansplatz and the streets nearby. After wandering through this Christmas wonderland, pop into a traditional brewery restaurant to warm up with a couple pints of smoked beer (Rauchbier), a famous local speciality. 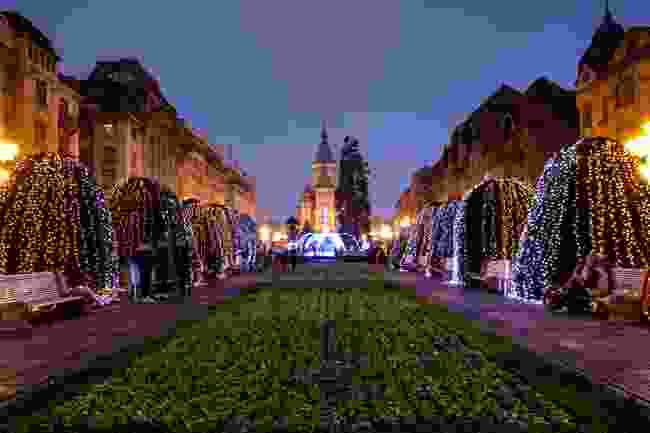 Located in a region that enjoys the mildest winter in the country, the compact city of Timisoara offers a picture-perfect old town, a restaurant-lined river that meanders through a beautiful central park, excellent dining and nightlife options, a thriving cafe scene and laid back residents that welcome the handful of visitors that arrive.

During winter, the city has a lively Christmas market sprawling across the main squares and, after a light snowfall, it's difficult not to feel entranced by the atmosphere as you sip on your hot spiced tuica (local spirit made from plums).

It's also extremely affordable, with great cosy guesthouses for a fraction of what you'd pay in Western Europe and an airport that offers direct flights to cities such as Munich and London with low cost airlines. 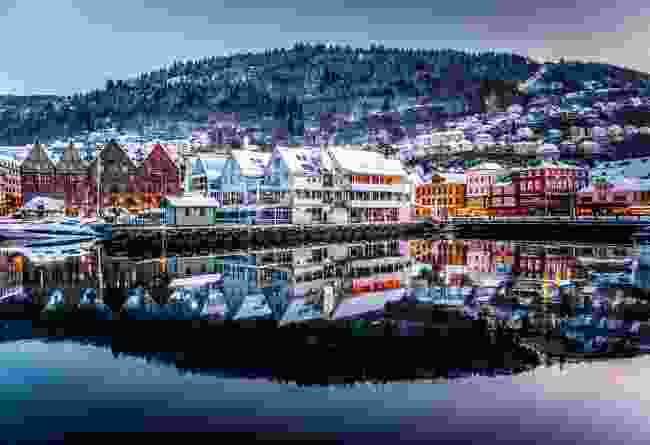 In winter, a blanket of snow unfurls across Bergen giving this city a Disney-esque veneer. Its cobbled streets of pine trees and fairy lights are most magical at Bryggen with its row of cosy and colourful cafes, craft shops and galleries.

The Festival of Lights sees thousands of Bergeners gather with flaming torches around Lille Lungegårdsvannet lake to watch the lighting of the Christmas tree, replete with carols and dazzling fireworks in the inky winter sky.

The nearby Fløibanen funicular whisks visitors to the top of Mount Fløyen for twinkling city views, while the descending paths are floodlit in the evenings and perfect for sledding. When there's enough snow, you can slide straight to the city centre. 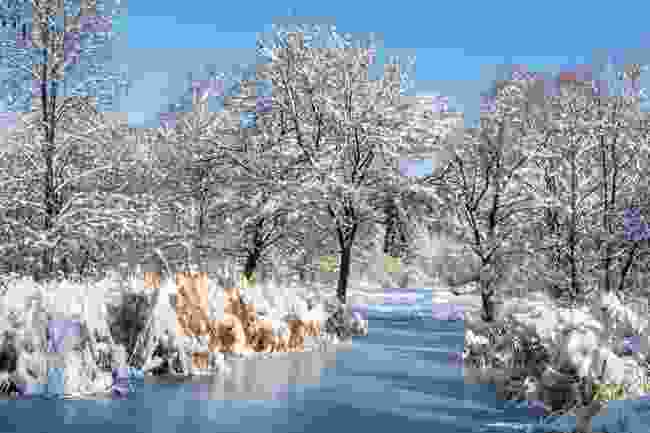 Sofia, the capital of Bulgaria, is a great winter getaway. You can visit the markets and museums by day and its jazz clubs by night. You can even get up to Vitosha Mountain to snowshoe or ski and be back in the same day.

Every year, the Ariana Lake in the Borisova Garden becomes the biggest open air ice rink in the Balkans. Browse traditional handicrafts at the Christmas Market and follow it up with a sip of rakia, a traditional grape brandy.

Sofia has many free tours of the city, including a ‘Balkan Bites’ culinary tour and the Communist Trabant tour (that ironically meets at the Starbucks), which are both free.

Don’t forget to visit Sofia’s most iconic landmarks: the National Palace of Culture, the Statue of Saint Sofia, Independence Square, and the Alexander Nevsky Cathedral.

It’s also easy to take day trips out of Sofia to visit Rila Monastery or the medieval town of Plovdiv (Capital of Culture for 2019). 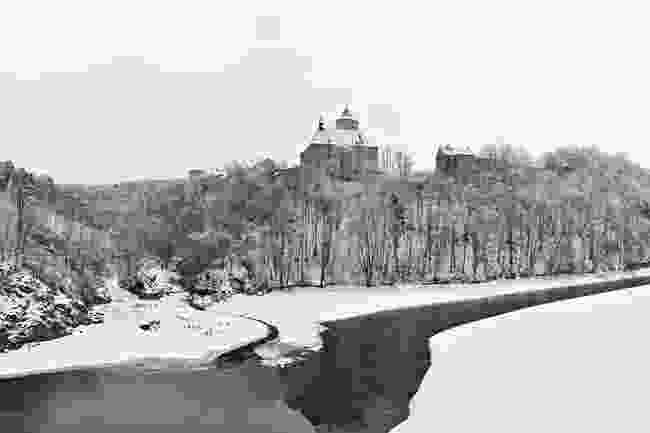 Forget Prague. Your next city break must be to Brno, a vibrant city in the south of the Czech Republic. Brno is packed with history, art, UNESCO sites and a bar scene that will make you dizzy.

There are attractions for all types of travellers, from castle and medieval towers to modernist architecture and wine tasting. The best part is that it is still easy to walk around, visit the top attractions and book a table at the best restaurants without being bothered by thousands of tourists.

During winter the city might be covered in snow, making the old town even more beautiful and the bars are the best place to warm up and meet locals.

The list of things to do in Brno is huge. If you have only a few days in town you must visit the Špilberk Castle, the Villa Tugendhat and the Old Town Hall. At night, start your happy hour at the Bar that Doesn’t Exist (Bar Ktery Neexistuje in Czech) then later head to Super Panda Circus for a cocktail extravaganza.

If you have more than three days in Brno, venture around the South Moravia region for the many castles, wineries and underground rivers. 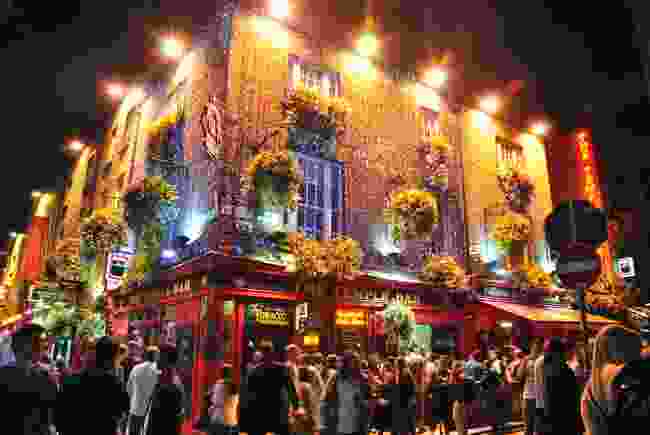 Come rain, wind or snow, Dublin is a fantastic city to explore. Head to the city’s historic libraries, which have smaller footfall in winter, including Trinity College, the Chester Beatty Library and Marsh’s Library.

Irish food is brilliant travel fuel, so try soup and a legendary cinnamon bun at Simon’s Place (George’s Street Arcade), before exploring Glasnevin Cemetery or catching the DART train to Howth for a beachside walk and a food market browse. You could also comb through the Christmas section of Brown Thomas department store.

From late November, you can see the O’Connell Street Christmas tree aglow, as you wander to one of Dublin’s 750 pubs, like The Confession Box. If you’re an Irish music fan, you don’t want to miss Temple Bar during TradFest, which usually takes place in January. 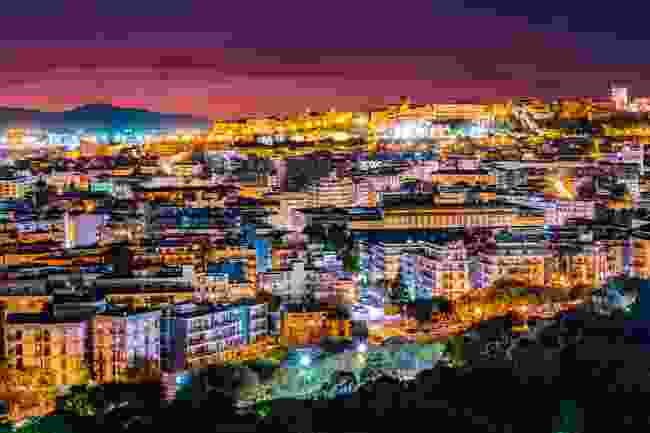 Tourists visit Sardinia in hordes during the summer to crowd its fantastic beaches. But Cagliari, Sardinia's capital, is increasingly becoming a tourist destination all year round.

Winters in Cagliari are mild, with only the occasional cold waves hitting, and it doesn't rain much. This makes walking the narrow streets of its historic quarters very pleasant.

Cagliari is packed with amazing finds, including a bunch of beautiful religious buildings, such as the Cathedral, stunning archaeological sites, such as the Roman theatre, view points galore (it is located on the hills) and urban hikes that offer the best views of the city, yet are away from the chaos.

The city has an intense cultural life and fabulous dining. During Christmas time, Cagliari is all dressed up with beautiful lights. Between those and the Christmas markets scattered around town, the atmosphere is lovely. 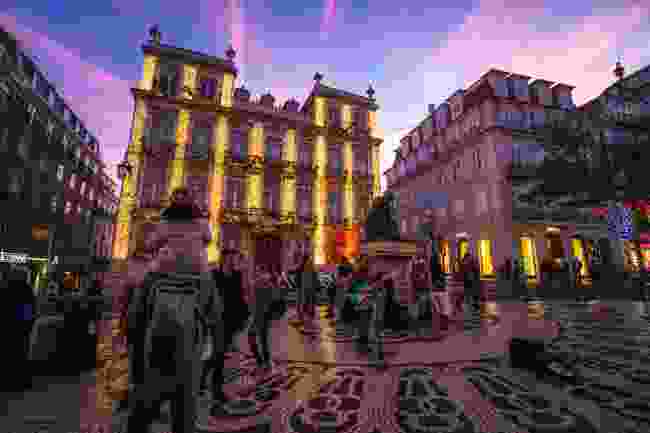 Sitting on the western edge of Europe, Lisbon is one of the warmest places on the continent in winter, which is reason alone to visit.

However, there’s plenty more to love in the chillier months, including the spectacular Christmas light show, low tourist numbers, the Time Out market (a foodie paradise under cover), and curling yourself away in one of the many cosy wine bars.

Make stops for ginjinha (warming cherry liqueur served in a chocolate cup), wrap up and head to Park or Lost In, two rooftop bars that are always insufferably busy in summer, and tick off Lisbon’s many museums, of which the MAAT (Museum of Art, Architecture, and Technology) is one of the newest. 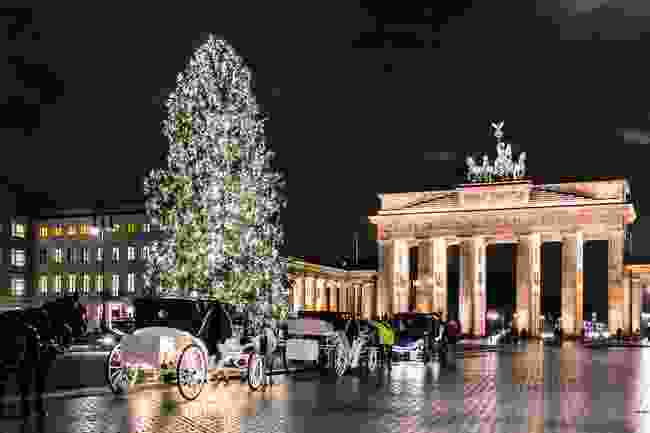 Even while Berlin is a popular summer destination, in the winter, the city comes alive with a magic you'll only ever find in the dark of the day.

There’s no better way to kick of a cold and dark winter than with a mug of glühwein and some hearty sausage in an outdoor Christmas market. And even with the cold, dark weather, Berlin's legendary nightlife never stops so you'll always find warmth in the club scene.

Not to mention the countless winter festivals and events that take place throughout the winter, from the annual Transmediale (alternative arts and culture festival) to the Berlinale International Film Festival - one of the world's best cinema events. 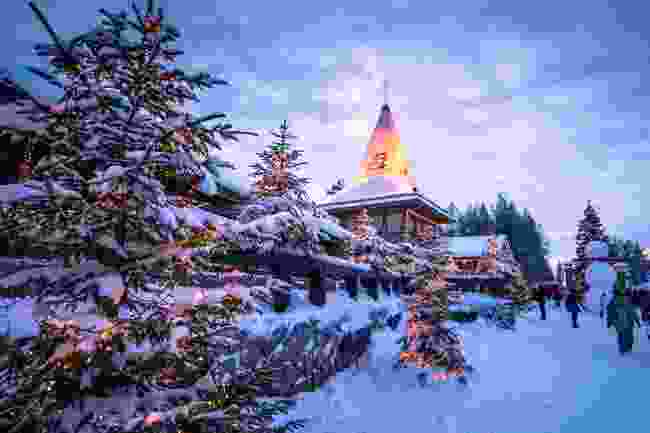 In the far north of Finland, darkness prevails during the festive season. However, thanks to a blanket of snow that reflects the moon’s gaze and the northern lights that often dance across the night’s sky, the wintry landscape is lit by an almost ethereal glow.

In the region’s capital and Santa’s hometown, Rovaniemi, excited children can watch on 23 December as Mr Claus departs for his epic journey around the world, reindeer in tow. An Elf school where hot berry juice is always in plentiful supply and a traditional Christmas market are among the other popular attractions.