How to spend 24 hours in Lisbon, Portugal

Lisbon is not only one of the world’s oldest cities, rich in culture, it’s also this year’s European Green Capital and leading the way in urban eco-living. We can't wait to go back, says Robin McKelvie...

What to know before you arrive in Lisbon 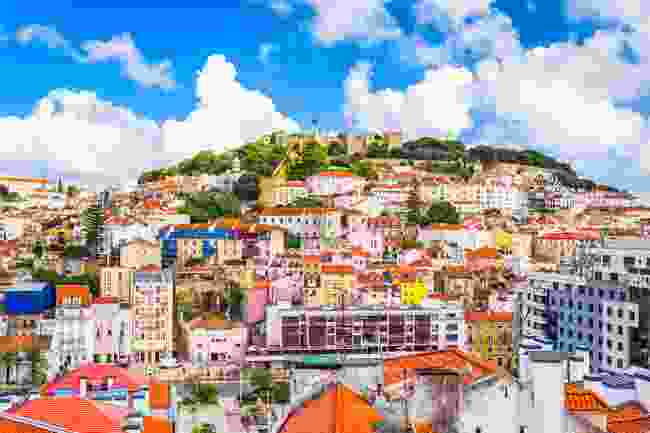 The Portuguese capital may be in Europe, but walking through the city you could almost be in Africa, Asia or Latin America, with the country’s former colonies weaving their exotic influence into the urban fabric.

One of the world’s oldest cities, Lisbon boasts a riot of historic castles, palaces and churches. Sitting on the banks of the River Tagus and overlooking the Atlantic Ocean, the hilly metropolis is green in more ways then one.

It snared the European Green Capital Award for 2020 in recognition of the strides it has made developing green spaces, waste management, its cycling infrastructure and an efficient, environmentally friendly public transport network.

Planes tend to fly over the River Tagus, so those seated on the right-hand side will get the best first sight of the city.

Getting to and around Lisbon 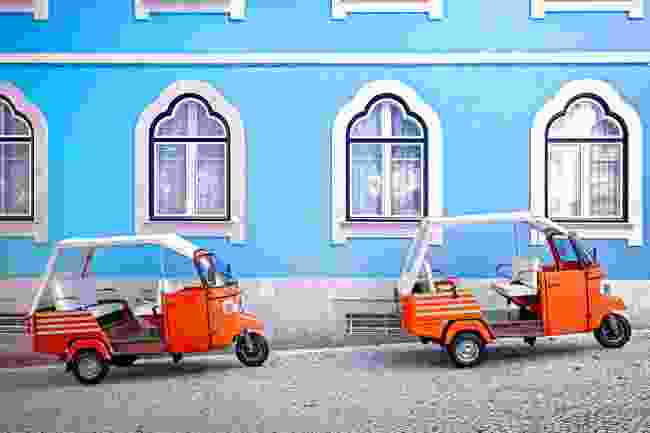 How to get around Lisbon (Shutterstock)

Wizz Air flies direct from London Luton from £26 return; journey time is around three hours. Lisbon Airport lies 7km north-east of the city centre and has ATMs, car hire and free WiFi. There are plans for a new airport to open in 2022.

There is a metro station at Terminal One for fast, easy, 20-minute connections to the centre; single ticket €1.40 (£1.17) Regular buses service the airport, but have limited luggage capacity. The Aerobus offers more space, free Wifi and USB chargers for €6 return (£5).

Outside rush hour taxis take under 20 minutes – check the meter is on. The fare is around €15 (£12.50). The metro is usually the best option during rush hour. Or go even greener and rent a bike to ride the city’s 90km cycle network.

Most long distance trains stop at Lisbon’s Oriente station, which has fast rail connections. It takes around 10 minutes to get into the city centre. The national rail operator is Combois de Portugal (CP)

How to spend the day in Lisbon 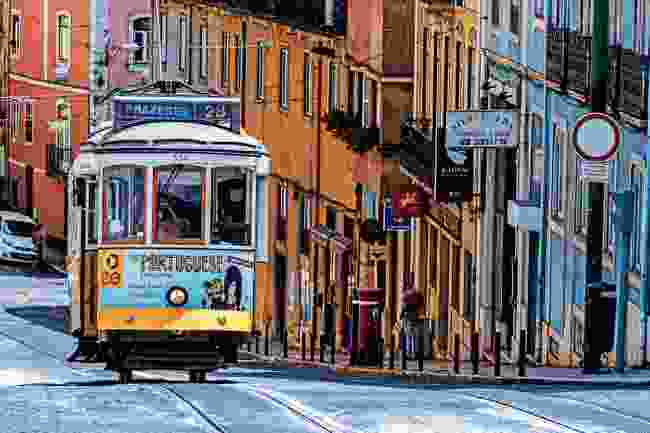 Lisbon is a joy to travel around with buses, suburban trains and its famous vintage (as well as modern) trams.

Ferries criss-cross the river and there are historic funiculars too. In line with its growing green credentials, the capital also operates a bike sharing scheme to tackle the city’s hills. There are an impressive number of electric car charging points too.

Hop aboard the rambling Tram 28 up towards Lisbon Castle, whose ramparts open up vistas of the sprawling metropole as it spreads its historic tentacles across the River Tagus. Spend your first morning on the north bank where  most of the sights are.

From the castle you can amble back down through the Alfama district to the central Baixa where Praça Commércio, Lisbon’s main plaza, evokes the city’s glory days. Breathe in all that history and wander the flat grid of streets. This is Lisbon’s shopping central area too and large tracts are pedestrianised, with plenty of cafés to pop into for a fortifying Bica coffee. 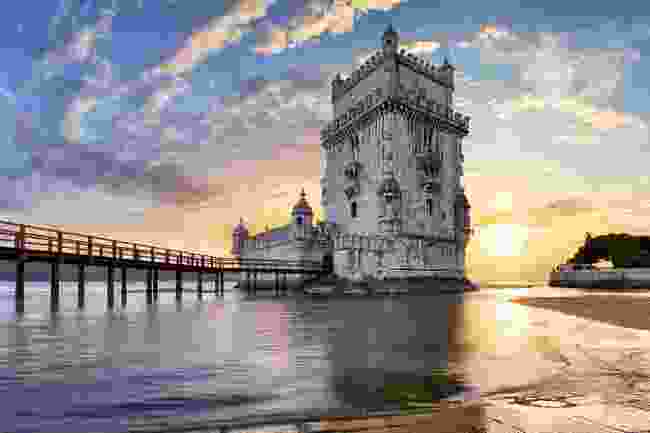 Then hop on a train or tram east to Belém. Here the Belém Tower stands proudly as one of the last things sailors would have seen as they left Lisbon during Portugal’s Great Age of Discoveries in the 15th and 16th centuries.

The vaulting Monument of the Discoveries nearby demonstrates the pride many locals still feel for those days. The third of the three essential Belém heritage sites is the Monasterio de los Jerónimos de Belém.

Reward yourself with a custard tart (known as pastel de Belém), from the Pasteleria de Belém. In the evening, enjoy a drink at one of the lively venues in Cais de Sodré or board a ferry to Cacilhas to take in the city’s aquatic setting

What do Lisbon locals recommend? 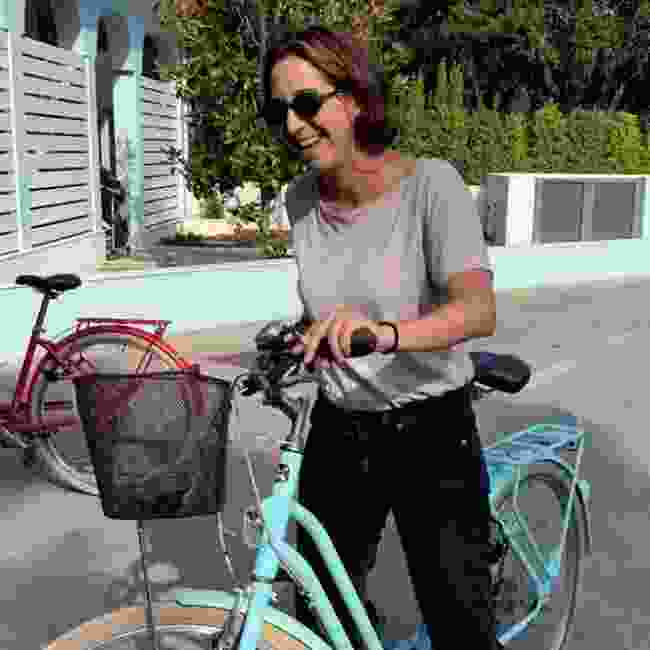 You can most kinds of product from Portuguese tiles to a fridge. Just be willing to negotiate. It’s quirky and fun. After, visit the Panteao Nacional.”

Where should you stay in Lisbon? 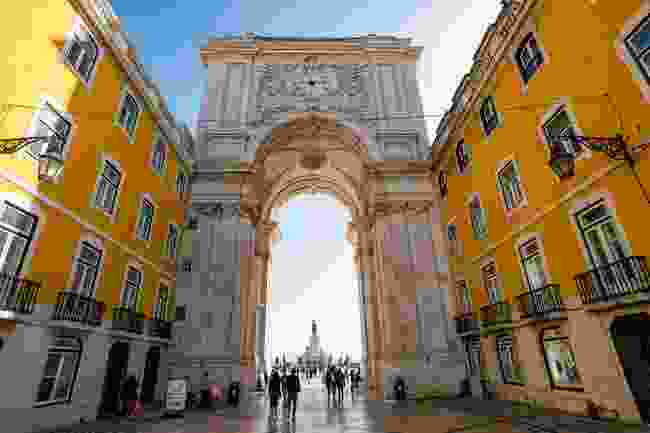 Hotels are dotted all over the maze of city districts. Business hotels tend to jostle for position around Avenida da Liberdade.

Top end: You’ll feel like royalty at the Pestana Palace which has been designated a National Monument. Large suites, lush gardens and two swimming pools await. Doubles from £157.

Mid range: The Pousada de Lisboa is run by the same people and is a superb value option right in the heart of historic Lisbon overlooking the Praça do Comércio. The indoor swimming pool is handy on rainy days. Doubles from £158.

Budget: Romantic boutique hotel As Janelas Verdes is tucked away on a quiet street. It offers a sense of class without blowing your budget, harking back to a more stately time. Doubles from £101.

Should you stay in Lisbon, or keep going? 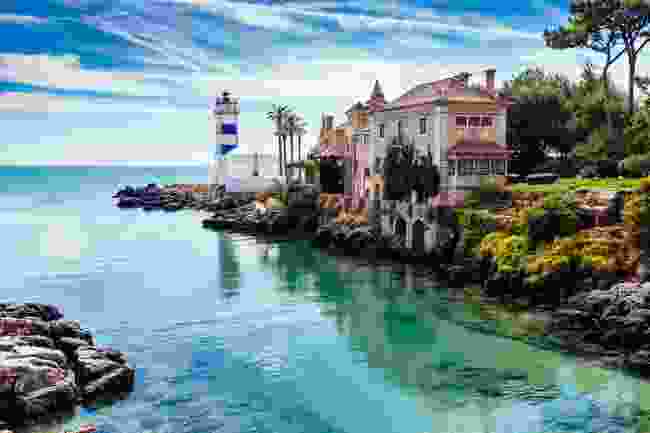 You could avoid burning carbon and stay wandering around this sprawling city for weeks – and you’d still not see everything. But if you’re tempted by a day trip, head out to the beachfront suburbs of Cascais and Estoril.

The former boasts the better beaches, while Estoril sports a historic casino. Both are serviced by local trains, as is Sintra, deep in the hinterland hills. Its palaces and castles hark back as far as Moorish times and they offer respite from the summer heat.

If you want to travel further afield, catch the fast train down from Lisbon Oriente station to the Algarve, where starched white beaches and seafood abound in one of Europe’s most popular sunshine playgrounds.

Break west of the city of Faro for famous resorts like Albufeira, Quinta do Lago and Lagos, or travel east towards the Spanish border to enjoy a quieter world of endless sand dunes protected as part of the Ria Formosa National Park. 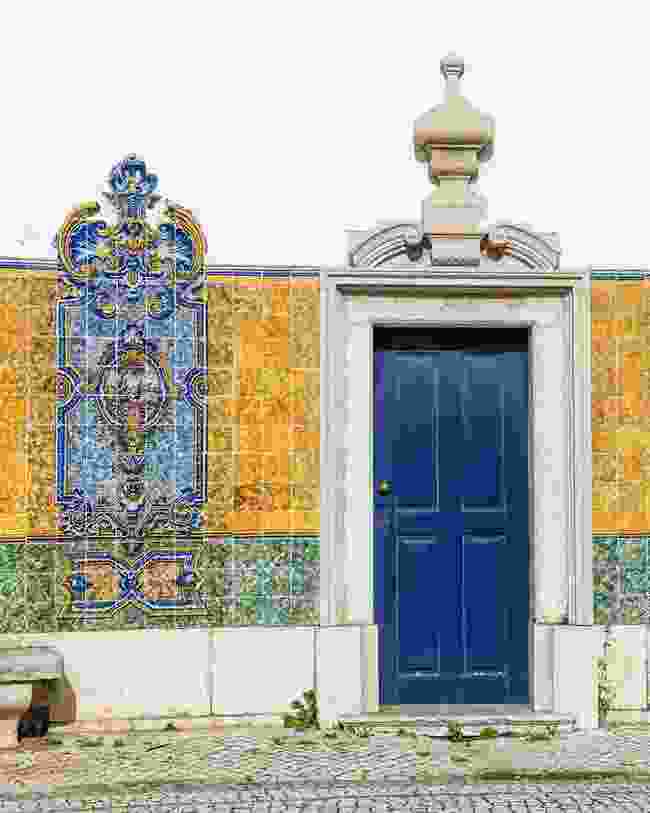 A doorway to Lisbon (Shutterstock)

Currency: Euro (EUR), approximately €1.19 to the UK£, although it fluctuates.

Health issues: No major issues. Many visitors avoid the tap water, mainly on taste grounds. Sunburn and sunstroke are real hazards – a whole day sightseeing with the sun glaring back off the river offers similar exposure to a day on the beach.

Guidebook: Lonely Planet’s Pocket Lisbon is a handily sized guide that’s broken up into easy-to-navigate chapters themed around the city’s different districts. Use with a smartphone and map app.

Climate: Lisbon is mild and rainy in the winter and warm and sunny in the summer.