9 of the best things to do in El Salvador

26 years on from its civil war, El Salvador is looking towards a brighter future. With stunning scenery, fascinating history, beautiful beaches and abundant bird life, there’s every reason to visit now... 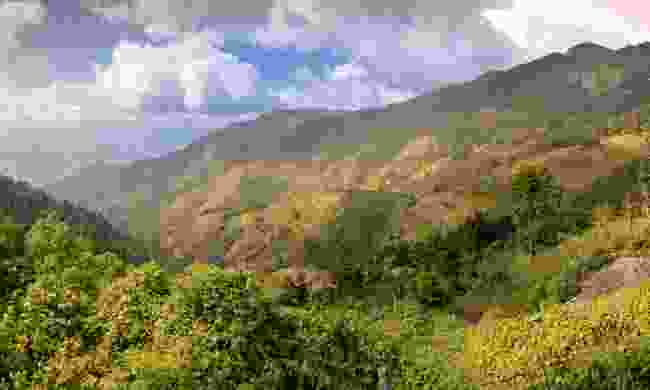 El Pital is the highest point in El Salvador (Shutterstock)

Why to visit: The highest point. Views over most of the country.

Where is it: The trail is close to Rio Chiquito, easily reachable from San Ignacio.

What to expect: It may be the highest peak in the country at 2,730 metres, but that doesn’t mean it’s the most challenging.

On the contrary, it is one of the easiest in the country to climb. After around and hour and a half, you will emerge at the top and your breath will be taken away – literally.

A view of verdant hills, wild forests and quaint villages await. From this vantage point, you’ll be able to see most of El Salvador sprawled out beneath your feet.

If you’re feeling daring, ask a local to take you to nearby Piedra Rajada, a split rock offering jaw-dropping views over Honduras. This view isn’t so easy to reach, though, as it requires walking across a bridge made out of a fallen tree, over a 20-metre drop. 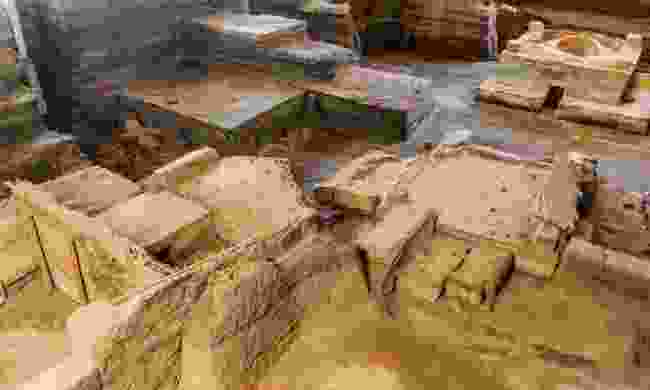 Why to visit: A Maya village preserved in volcanic ash.

Where is it: Not far from San Salvador or Santa Ana.

What to expect: 1400 years ago, the Laguna Caldera Volcano erupted, leaving the Maya village of Joya de Cerén quilted in ash.

Perfectly preserved, the now-excavated UNESCO World Heritage site looks exactly the same now as it did all of those years ago and offers a fantastic, if not somewhat eerie, window into the past.

Wander this ghost town to explore houses, workshops and a bathhouse precisely the way they were left when the people fled Central America’s version of Pompeii in AD 595. The small on-site museum is also worth a visit if you’re curious to learn more. 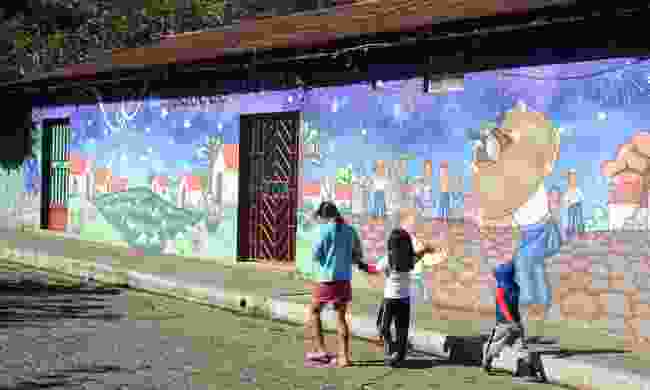 One of the many murals in Ataco (Dreamstime)

Why to visit: An enchanting town on the Ruta de las Flores with eye-popping murals.

Where is it: Less than an hour’s drive from Santa Ana.

What to expect: The walls of the colonial buildings along Ataco’s cobbled streets are lavishly decorated with stories from the town’s past.

Some of the murals refer to the 1932 Peasant Massacre, where coffee farmers were killed in their hundreds. Others are symbols of more recent times, such as portraits of Che Guevara and Mother Theresa.

Enjoy the daytime appreciating the art exhibition-like streets and dipping in and out of the markets. When night comes, follow the feel of the town by slipping into party mode to watch musicians bringing the streets to life with their music. 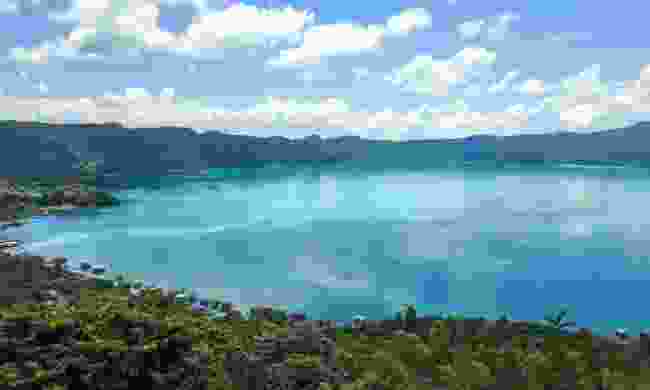 Why to visit: A wildlife-rich national park where you can hike Santa Ana, an active volcano.

Where is it: Located in Parque de los Volcanes, around 60 kilometres from El Salvador.

What to expect: It only takes around an hour to reach the top of Santa Ana, the tallest volcano in the country, and it’s a massive reward for such little time.

Hearing about the interesting historical importance of the active volcano will keep you entertained on the way up. Once at the top, you can enjoy 360 degrees over the park, and beyond.

From one side, you can look down on the other two young volcanoes in the park - Izalco and Cerro Verde Volcano. Cross to the other side to appreciate the turquoise waters of Coatepeque lake and watch the sun sparkle on it’s vast surface surround by green trees.

Once at the bottom of Santa Ana, embark on a walking trail to seek out some of the diverse wildlife that have made Cerro Verde National Park their home. You’re likely to see a nine-banded armadillo and some very large rodents. Keep an eye out for the turquoise-browed motmot – the national bird of El Salvador. 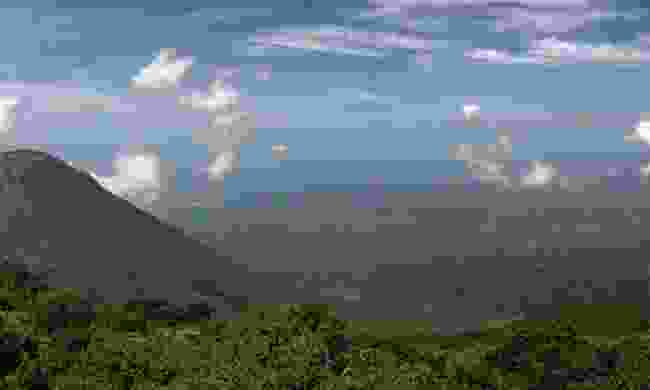 Why to visit: Civil war relics on the side of a forested volcano.

Where is it: Around a 40-minute drive from San Salvador.

What to expect: A journey to Guazapa is one of the best ways to get a real insight into the civil war years which devastated the country more than two decades ago.

Book a tour – many of the guides are ex-soldiers who will show you around the forests on the Volcan Guazapa which once acted as their homes, the forests sheltering their camps and is also where they fought.

Seeing the remains of the field hospital and the war relics, which litter the volcano’s sides, will give you some understanding of the devastation of the war. Climb to the top of the wooden watchtower for views of Lake Suchitlán and the small town of Suchitoto. 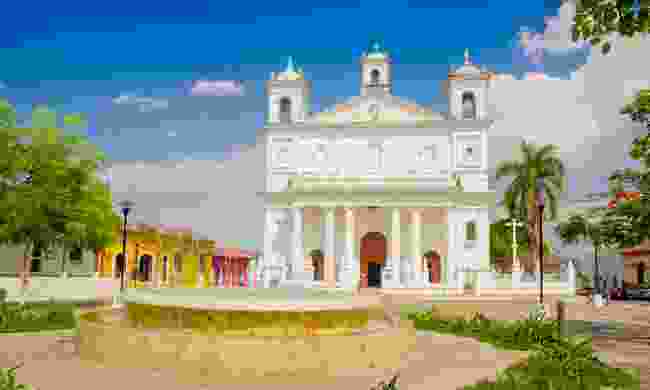 Why to visit: Laid-back colonial town well worth wandering.

Where is it: 50 kilometres northeast of San Salvador.

What to expect: If culture and history is what you’re after, then Suchitoto is the place to go.

A stroll along the cobbled streets of the colonial town of Suchitoto won’t feel too dissimilar from a walk in the backstreets of Barcelona.

The quaint colonial buildings are a reminder of the town’s Spanish past and haven’t changed much since, with museums and art galleries hiding around almost every corner. The laid-back town is too beautiful for the city-dwellers to resist, and on weekends, the streets are lifted with the chatter and excitement of visitors.

When you’ve had your fill of culture, try out the town’s wild side by exploring some of the various waterfalls and caves. Head to Suchitlán Lake to admire the flowers and enjoy bird watching opportunities. 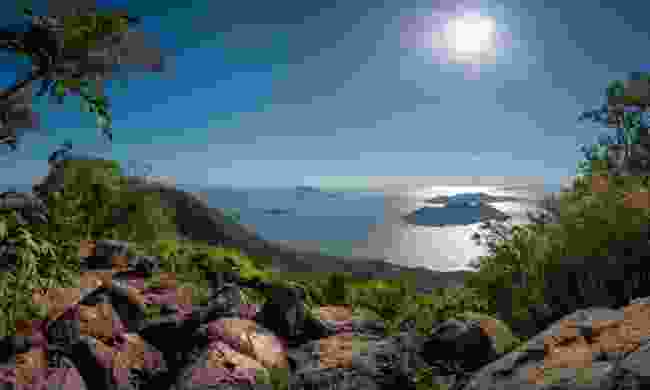 Why to visit: Fabulous bird life and some of the best views in all of El Salvador.

Where is it: Close to La Unión.

What to expect: Follow the vine-bordered trail of Conchagua Volcano and you’re likely to spot many of the country’s colourful birds.

Enjoy the sight of various hummingbirds flying past in flashes of green, blue and red. Listen to the cry of many other birds circling above.

It is not an overstatement to say that some of the best views in the entire country can be seen from the top of Conchagua. Unusually, rather than coming from the top, when Conchagua erupts, its lava flows from the bottom and into the sea. So, from this crater-less top, you will get an unobstructed and unbeatable eyeful of the Gulf of Fonseca.

In the foreground is a fringe of forest. Beyond that a wide expanse of crisp-clean blue sea melting into a sky of almost the same colour. The view is broken up by the patches of sand hugging the rugged islands, which reach up to punctuate the otherwise perfect skyline Truly a view you will never forget, and you'll struggle to find the right words to do it justice. 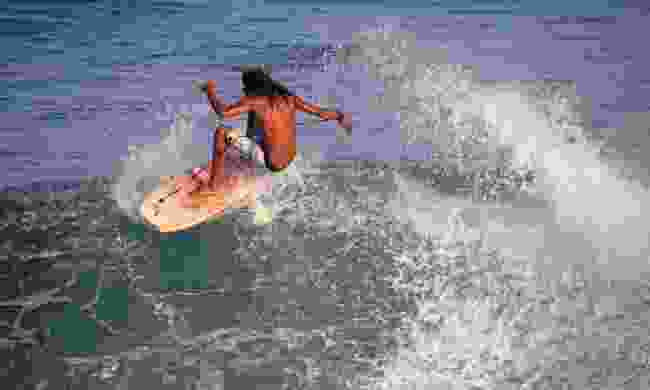 Why to visit: An unbeatable surf beach with rowdy waves.

Where is it: On the far-east coast of El Salvador.

What to expect: Sun, sea and surf. That’s the reason people visit Playa las Flores, perhaps the best place to surf in Central America. The beach is popular and can get quite busy. However, there is no denying the beauty of the spot.

Surrounded by cliffs, the golden sands of las Flores are open only to the Pacific, which throws frothing waves crashing into shore. If you want to have a go at standing on a board, the best time to go is between December and February. During the months of June through to July, the sea can get more ferocious, and you’re far better off watching the professionals from the safety of the sand.

When you’ve had enough of the surf and relaxing on the beach, its well worth exploring some of the other beaches along the east coast. Coconut tree-lined Playa Esteron is home to an eco-resort where you can visit the turtle hatchery and learn more about the wildlife of El Salvador’s best beaches. 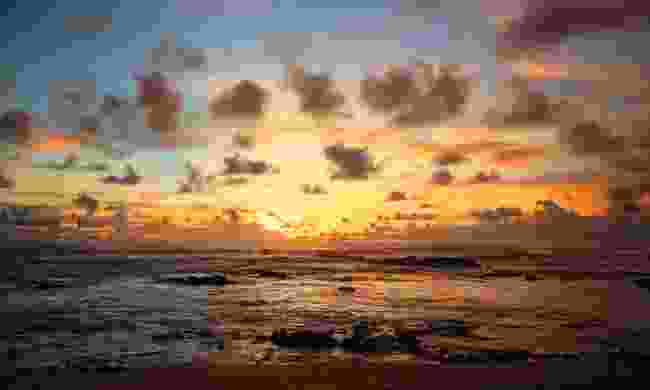 A paradise-like beach in the Guld of Fonseca (Shutterstock)

Why to visit: A sparkling bay dotted with myriad islands.

Where is it: Easily reached from a boat from La Unión.

What to expect: The islands that make up the Gulf of Fonseca can only be described as paradise. Even better, they haven’t been discovered by the masses yet.

Don’t expect to find much in the way of tourist accommodation. Do expect to find islands draped in untouched forests, where you can feast on fish fresh from the water with unspoiled views over the Pacific.

A great way to explore is by boat, from which you can see many of the islands, and watch pelicans fly overhead.