Your first 24 hours in Darwin, Australia

The largest city and capital of Australia's Northern Territory, Darwin, embodies the laid-back attitude of Indonesia, European sensibilities and South-East Asian cuisine. An unsurprisingly easy choice for a city break Down Under, with a difference.

Here's Wanderlust's guide to your first 24 hours in Darwin, Australia...

Don’t be fooled by its modern high-rises. Edged by the sea and a sprawling wilderness, Darwin is a frontier town.

Discovered 69 years after the first European settlement of Australia, and closer to Indonesia than to other major cities in Oz, it feels like a place apart. Decimated by bombs in the Second World War, then by a cyclone in 1974, Darwin now appears to be just a cluster of concrete newish-builds and a hip waterfront. But look deeper.

The street food is equally varied – from Greek to Turkish, to Japanese. You can try wild curries, pickled octopus, Mexican churros or a kangaroo burger, all while listening to a host of languages being spoken and a didgeridoo being played alongside an electric guitar. Forget the wild west, welcome to the united north. 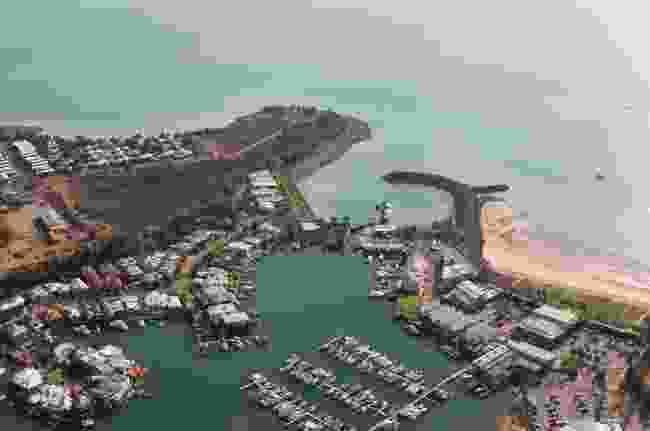 How can you get to Darwin, Australia?

Darwin International Airport is 13km from the city centre. There are no direct flights from the UK; travel is via the Middle East or Singapore. Flight time from the UK (with stopover) is about 25 hours. Domestic flights connect Darwin to the rest of Australia. The airport is small, but has ATMs, cafés and free WiFi.

The Ghan train runs Adelaide to Darwin and takes two or three days, with optional excursions in Coober Pedy, Katherine Gorge and Alice Springs. Or cover a similar route across the Outback by road, driving the 3,000km Explorer’s Way. 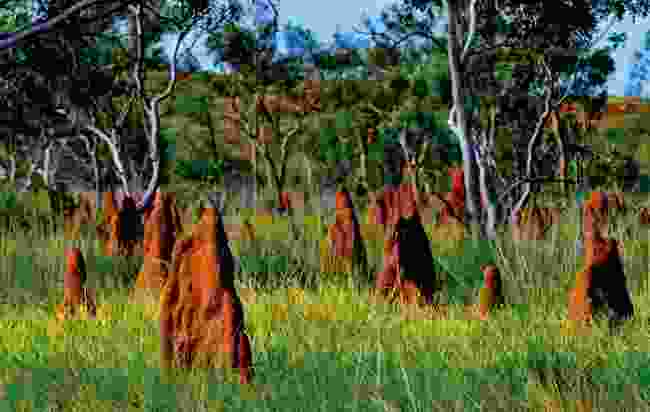 What to do on your first day in Darwin

Begin by heading out of the city itself on the Pudakul Aboriginal Cultural Tours’ Wetland Discovery Tour, run by the wonderful Graham Kenyon. On route to Corroboree Billabong in the Northern Coastal Wetlands, Graham will describe the changes he’s seen in the landscape, tell stories from his childhood and answer questions about family life. At the billabong, look out for crocs (both freshies and giant salties) and birds, including the iconic jabiru stork, before heading on a bushwalk with Graham’s family to learn about bush tucker, spear throwing and traditional instruments, and to try damper bread and Billy tea. Head back to the city for lunch at PM Eat & Drink, which serves local fare.

Then drop in – literally! – at Crocosaurus Cove, which cares for nuisance saltwater crocs, and even lets you get into the water with them on the ‘Cage of Death’ experience.

If it’s a Thursday or Sunday, end the day at Mindil Beach Sunset Markets for street food and to stock up on crafts. Market not on? Sign up instead for a sunset cruise with Sail Darwin, a stylish way to toast a great day.

Where to stay in Darwin, Australia

Top end: Located close to an array of restaurants, as well as the Deckchair Cinema and the harbour, Darwin Waterfront Luxury Suites is well placed for exploring the city. Rooms are plush and have sea views. Doubles from A$150pn (£85).

Mid-range: The slick downtown Oaks Elan Hotel offers some of the best views of both the coast and harbour in Darwin. Many of the rooms have a full kitchen and balcony, so you get a private seat for dinner, with a serving of sunset on the side. Doubles from A$99pn (£56) per.

Budget: Go a little further out of the city, to the suburb of Parap, and you’ll find the retro Paravista Motel, a family-owned budget option complete with outdoor pool and rooms with private balconies. Doubles from A$79pn (£45).

How long should you stay in Darwin?

Stay a while. Darwin is a fantastic base from which to explore further afield. There’s a wealth of day trips on offer, one of the best being to Litchfield National Park (a 90- min drive south), with its waterfalls croc-free pools and vast Magnetic Termite Mounds (pictured above), which stand up to two metres high.

Elsewhere, Kakadu National Park is a two-hour drive east from Darwin and is home to an abundance of birds, sandstone escarpments, walking trails and rock-art sites. North of the city are the Tiwi Islands, of which the islands of Bathurst and Melville (the other nine are uninhabited) are home to the Tiwi Aboriginal people.

Tourist facilities are limited and visitor numbers restricted, which makes for an authentic glimpse into the their culture and art. Access is via ferry or plane; the latter is recommended to maximise your time. AAT Kings offers a great day trip that always features a Tiwi guide.

Visas: Required by UK nationals. You can apply for a free eVisitor visa prior to travel at the Australian Government website; this is valid for multiple visits of up to three months and can be used over a one-year period.

ATMs: Found all over the city, even at the markets.

Credit cards: All major cards are accepted. Best viewpoint: As Darwin is quite flat, it’s difficult to get a landscape shot of the city other than from a plane on the way in. But the best view is unequivocally at sunset, from Mindil Beach, looking out to sea.

Climate: Expect consistently warm weather, with a year-round average high in the early 30s. It’s most rainy in winter (December – March), and a safe bet that June, July and August will be dry.