5 amazing stories of how Nepali communities are helping local wildlife

The survival of wildlife depends on solutions that work for everyone. Here are five heartwarming examples where helping local people turned around the fortunes of the area's endangered wildlife, too... 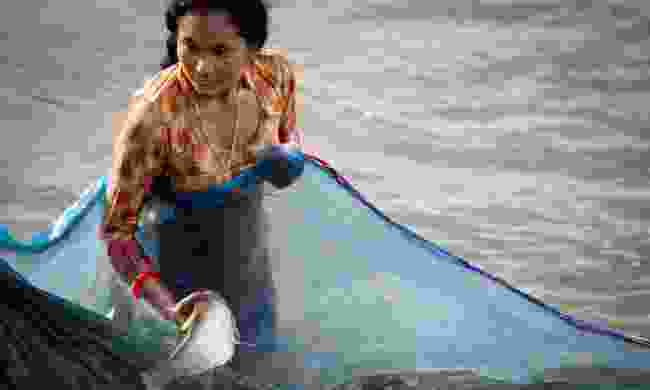 Binita lives in the buffer zone beside Chitwan National Park, on the Rapti River. Her community has relied on fish caught from the river for centuries, but as the human population has grown the pressure on the river from overfishing pollution and dams has seen the fish stocks plummet and pushed the local population of gharial, a narrow-snouted crocodile, to the brink of extinction.

As well as supporting the Gharial Breeding Centre inside Chitwan National Park, ZSL has to set up community banks to provide seed funds for local projects to reduce pressure on the struggling river system. 15 women from Binita’s village applied and pooled their funds to develop unused land into a series of fish ponds and stocking them with fish.

Once the fish reach adulthood, they are caught, distributed amongst participating families and sold to members of the community not taking part in the scheme, with the remainder sold at the local markets.

The fish from the ponds have provided Binita and her community a sustainable and reliable income – one that no longer relies on depleted natural resources.

They can now support their families and develop their communities, without the risk of animal attack or fines by illegally fishing in Chitwan’s rivers.The fish – and gharial – now have a chance to recover. 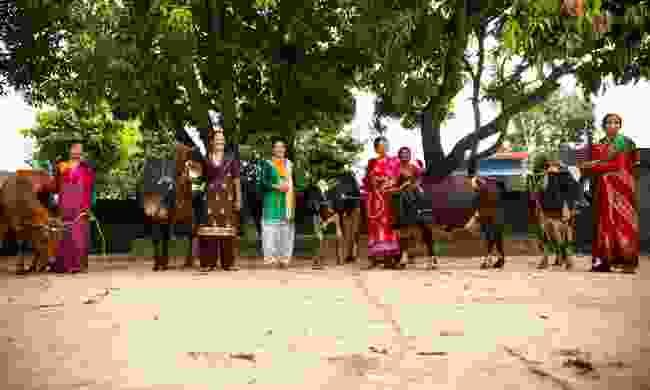 Durga and other villagers living on the edge of Suklaphanta National Park in the far west of Nepal, rely heavily on their livestock – and especially their cows – for their livelihood.

Because of their Hindu faith, they are strict vegetarians and rely on milk for protein. Traditionally, herders like Durga have taken their cattle into the national park to graze, but the risk of a huge fine for illegal grazing or even an attack from one of the park’s tigers has made that increasingly less possible.

Grazing in the park also has a direct impact of the local wildlife. The long grasses here supports Nepal’s largest population of swamp deer, the favoured prey of tigers. Protecting these pastures is vital.

ZSL approached Durga’s village with seed funds and training, encouraging the villagers to upgrade to an improved breed of cow that produces more milk than traditional Nepali cows.

Herd sizes were downsized from several beasts to just one or two and cows can be grazed on a smaller plot of land or stall-fed on the farmer’s property.

The cows also prefer a different type of grass, not found in the forest. ZSL showed the villagers how to set up new pastures, again reducing the need to go into the forests.

After a slow start, the dairy co-operative in Durga’s village now has almost 100 members. Herders no longer have to go into the forest every day.

Production is such that villagers have enough milk for themselves and to sell in the market as well. And Durga has extra time that she spends with her children and running a small shop that provided even more income. 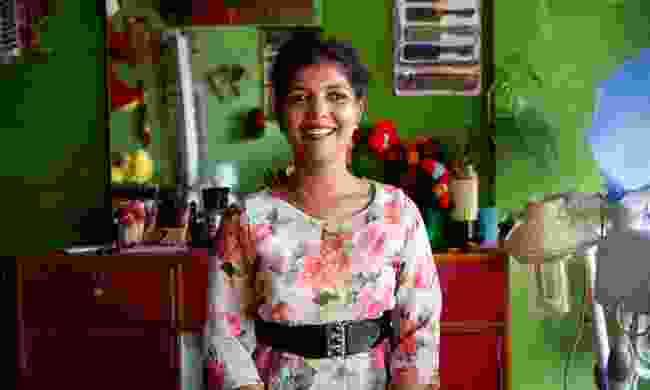 Opportunities are limited in low income communities like Chuchekhola, on the edge of Parsa National Park. Those who try to start their own businesses, like beautician Rita Timilsina, are often burdened with debt from high interest loans.

Others rely on local forests for food and firewood. Helping the local wildlife is a very low priority when putting a meal on the table is a burden.

Set in a 200-hectacre forest on the edge of town, the conservation area is thick with vegetation and full of termite mounds, making it the perfect habitat for Nepal’s pangolins.

With seed funds from ZSL and contributions from members, the CMPCA is able to offer business loans to its members at a far lower interest than commercial banks – breaking the barrier for development in this low-income community.

Rita has been able to grow her business and achieve a level of independence and self-reliance her parents never could. She is studying part-time, paying for her own education and supporting her parents at the same time.

Rita is also an active member of the CMPCA, inspired by talks and meetings sponsored by ZSL to play a more active role in the protection of pangolins. The success of the pangolins, the forest, the CMPCA and their businesses have shown how closely they are intertwined – empowering them to take action for conservation. 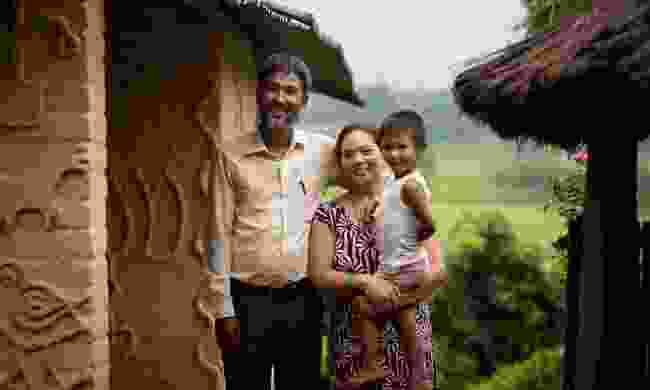 Work has always been hard to find in the Gavar Valley, leading many men to seek work overseas or exploit the forest that surround the area.

Many villages rely on the forest for food and firewood, so when Banke National Park was formed, many feared the consequences on their livelihoods.

Seed funds from ZSL have helped Krishna and others in the valley build seven homestays and kick-start other projects – such as lemon orchards, vegetable gardens and fish ponds.

Rather than being a threat to their livelihood, the new National Park has offered new opportunities and a new way of life.

Sixty people are directly employed by the homestays, while others provide food for the guests. Some, like Krishna’s nephew, have undertaken driver or nature guide training through ZSL and now take guests on tours in the national parks.

Those who haven’t opened homestays have used the fund to build predator-proof corrals to keep cattle safe at night, and the village even uses buffalo dung to make natural pesticides and manure for their crops. The establishment of the National Park has turned out to be a boon for the village. 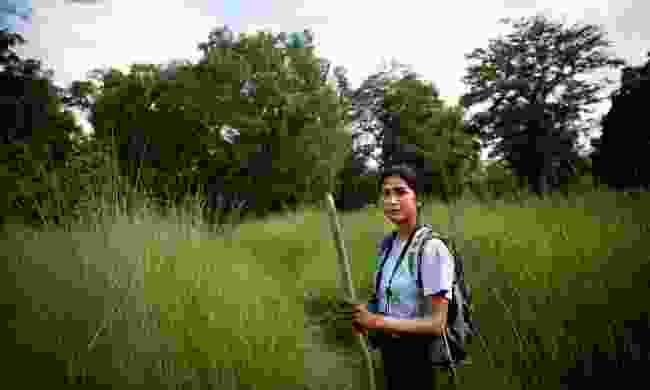 Manju Mahatara lives in a small rural village on the western edge of Bardia National Park. In many of Nepal’s rural communities, opportunities are still very limited for women.

Few receive education. Most are expected to take up roles as wives, mothers, cooks and farmhands. The lack of opportunities push them to exploit the forests resources, turning to it for firewood and fodder.

This in turn creates conflict between humans and the local wildlife. In Manju’s village, a local herd of over 20 elephants were seen as a hardship, competitors for resources and at times, destroyers of valuable crops.

ZSL set up a program to train 17 local women as nature guides, including Manju. Manju is now a senior guide, leading tourists into the park every day in search of tigers, rhinos and elephants.

This kind of career would have been unthinkable a few years ago. She is also seen as an ambassador for the benefits of wildlife, both to local communities and tourists.

Manju enjoys a more independent life than her grandmother and mother, and has been able to save enough money to send her younger sister to Forestry School.

Villagers have been able to see the job opportunities that the national park brings, which is laying foundations for a healthier relationship between people and wildlife.

How can you help these communities & the world's endangered wildlife?

How to travel responsibly:

25 ways you can travel and still save the planet

How to be a responsible traveller