Nepal is home to some of the most endangered animals on the planet. From the one-horned Asian rhinoceros and Bengal tiger to the enigmatic gharial, these are the animals most in peril… 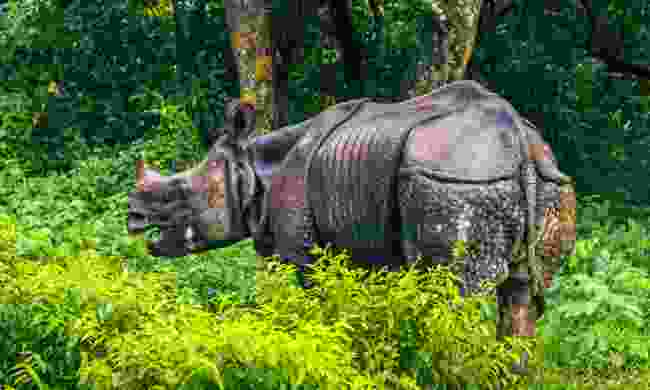 The greater one-horned rhinoceros is an incredible beast, weighing in at two-and-a-half metric tonnes, and second only in size to the elephant.

Famed for its distinctive single horn and skin that resembles armour plating, it used to range across the floodplain and forest tracts in Brahmaputra, Ganges and Indus River Valley in great numbers. Today, no more than 2,000 remain in the wild.

Sadly, the greater one-horned rhinoceros is listed as Vulnerable on the IUCN Red List. Much of the wild population remains scattered and fragmented, although approximately 600 of these rhinos can still be found in Nepal’s Chitwan National Park.

While poaching for their horn remains a problem, it is the destruction and loss of their habitat posing the biggest threat.

Greater one-horned rhinoceros tend to live in areas with very fertile soil, making conflict between the animal and humans inevitable. Managing this conflict, through awareness programs and habitat management, is key to the animal’s survival. 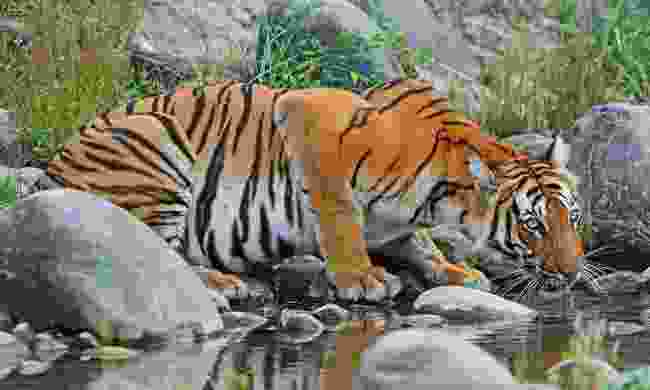 A Bengal tiger drinking at a stream in Nepal (Shutterstock)

The regal Bengal tiger is one of Nepal’s true wildlife superstars. They once roamed the entire lowland Terai, but once malaria was eradicated from the area in the mid-1950s and people moved in from the foothills to cultivate the land, their numbers dropped dramatically.

According to a census taken in 2018, only 235 remain in the country. Having said that, the number represents a 19% increase in the tiger population since 2013.

Most live in Chitwan National Park, although there are smaller populations in Bardia National Park, Shuklaphanta Wildlife Reserve and Banke National Park. This has been achieved by managing their habitat and educating villagers on how to co-exist with the tigers.

Successfully saving the tiger, however, is inextricably tied to the fate of its favourite prey, swamp deer. It is also regarded as a vulnerable species because of habitat destruction. 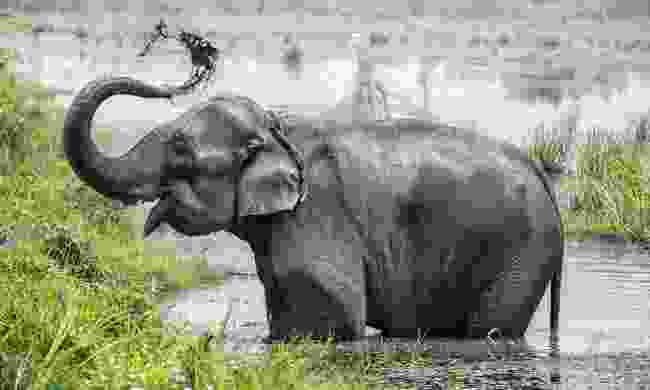 Asian elephants are the largest of all mammals in Nepal and an integral part of Nepalese culture and history. Religious books brim with stories about elephants, and in the past, they played a considerable role as beasts of burden.

It is believed that there are between 100 to 170 wild elephants in Nepal, spread across four areas in the Terai. The Nepalese government has established five protected reserves and an elephant breeding facility at Khorsor, but their situation remains critical.

Conflict between elephants and humans remains the greatest threat to their survival. Fields and human settlements have taken over much of the areas they roamed. And for farmers, the damage wrought by elephants is the most destructive of all wild animals.

While the protected reserves have gone some way to helping, elephants are migratory animals, so reducing conflict between humans and elephants remains key. 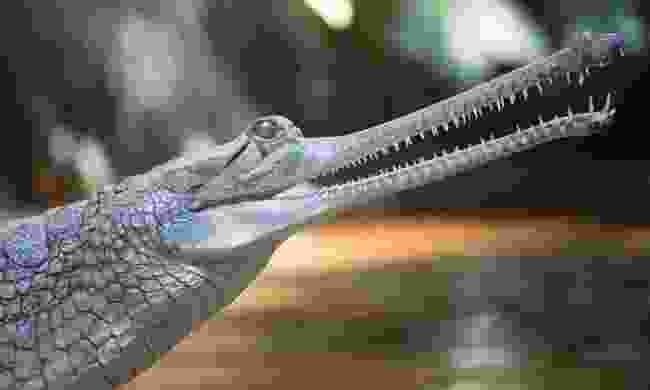 A young gharial in Nepal (Shutterstock)

Although it remains one of the most endangered crocodile species in the world, the story of the narrow-snouted gharial is a rare, positive conservation story in Nepal.

Heavily hunted, hampered by river pollution and their eggs collected for medical purposes, it's no wonder the gharial once came very close to extinction. Now, thanks to a government breeding programme in Chitwan National Park, their numbers have increased to a few hundred.

Gharials are at their most vulnerable at the beginning of their lives, as an egg or a hatchling.  As part of the programme, newly laid eggs are collected from nest sites and brought to the breeding centre at Kasar, where the young are raised and then released back into the wild.

Since the programme began, as many as 1,240 gharials have been released into the wild. However, increased water pollution and human activity in the rivers has seen numbers decline again to a population of only 124 gharial.

It is believed that 70% of the released gharial cross into India with the river flow, but the numbers are alarming never-the-less. 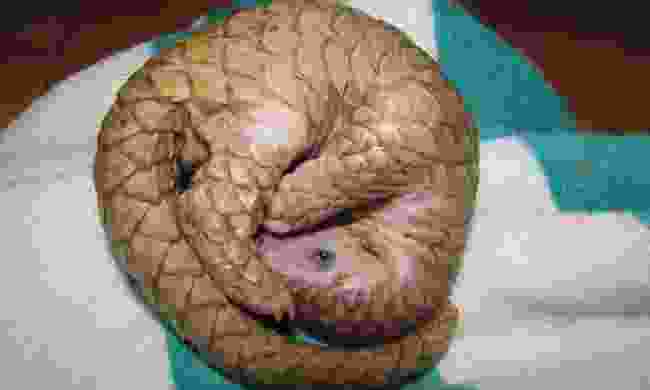 Pangolins are the only mammal in the world completely covered in scales and, sadly, the most trafficked.

Known as salak in Nepal, their keratin scales are highly-prized in Chinese medicine, making them a poaching target. And poaching is the very thing driving them quickly towards extinction.

Both species are protected in Nepal, with huge fines and jail time for those caught killing, poaching, transporting, selling or buying them.

Nevertheless, Nepal remains a pangolin smuggling hot spot, and a key route to the Chinese market where the scales can fetch up to $3,000 per kilogram. Stopping this trade, both in transit and at source, is essential to saving this unusual animal.

How can you help Nepal's endangered wildlife?

Wild Nepal: The best of wildlife in Chitwan National Park

In search of Chitwan's disappearing rhinos

9 extraordinary things you must do in Nepal