Scotland is blessed with picturesque castles, many of which can be seen along the NC500 – a coastal road trip starting and ending in Inverness. Here are nine of the best 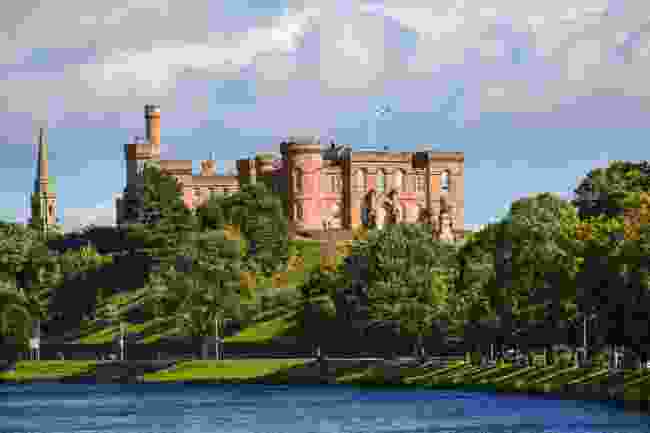 Perched on top of a hill overlooking the River Ness, Inverness Castle dominates the skyline of Inverness. This was the setting where Duncan was murdered in Shakespeare’s Macbeth and the venue for his subsequent descent into madness. Even though the play is not historically accurate, this castle has seen its share of bloodshed over the centuries.

The current castle is relatively new, built in the 1830s and ’40s to serve as a courthouse and prison. This was after the previous version of the castle was destroyed by Jacobite forces in 1746 before the Battle of Culloden. It is believed that there have been medieval fortifications at this site since the 11th century. 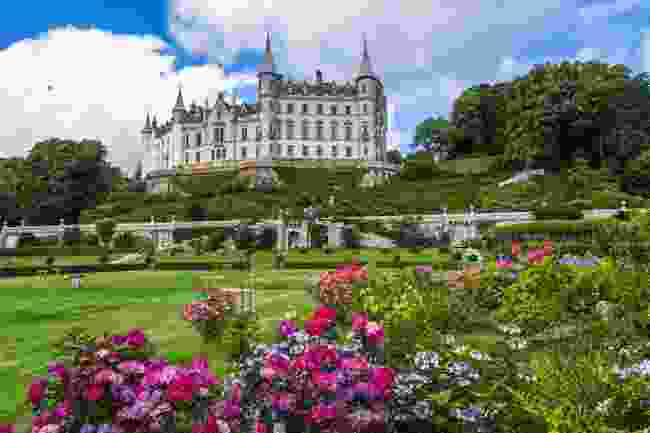 The enchanting Dunrobin Castle is 85km north of Inverness, past the gorgeous cathedral town of Dornoch. This is one of the oldest castles in Britain and the largest of Scotland’s great houses in the northern Highlands, with 189 rooms.

The original history of this great house dates back to the 1300s. This was the home of Clan Sutherland, which was once one of Britain’s most powerful families. However, much of what can be seen today was added between 1845 and 1850 by the architect Sir Charles Barry, who also designed the Houses of Parliament in London.

The castle is unlike any others you will see on your North Coast 500 journey. The perfectly manicured gardens, set along the shore of Moray Firth, would not make this fairytale castle look out of place in Disney’s Magic Kingdom. 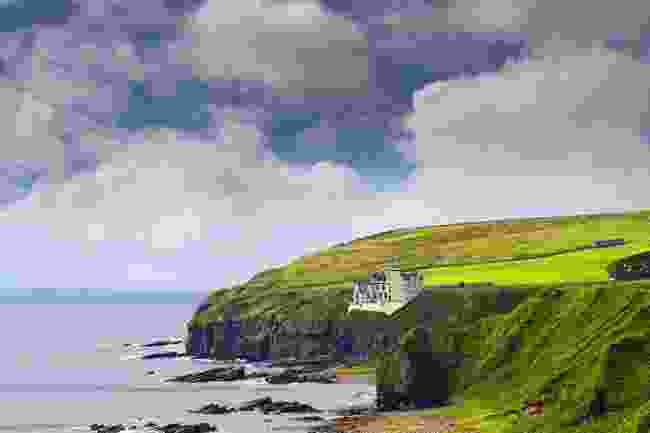 Further along the east coast is another striking Scottish fort, Dunbeath Castle. Sitting on a peninsula overlooking the Moray Firth, it seemingly teeters on the edge of a cliff. The castle dates back to the 13th century although it has changed much since its original inception. Even though this is a private residence and only the gardens are open to the public (by appointment), it is an unmissable stop on the North Coast 500.

For the best view, head to Dunbeath harbour, around 3km north of the castle. The jetty gives you a grandstand view of the castle and the unforgiving waves of the North Sea as they crash into the cliffs below. 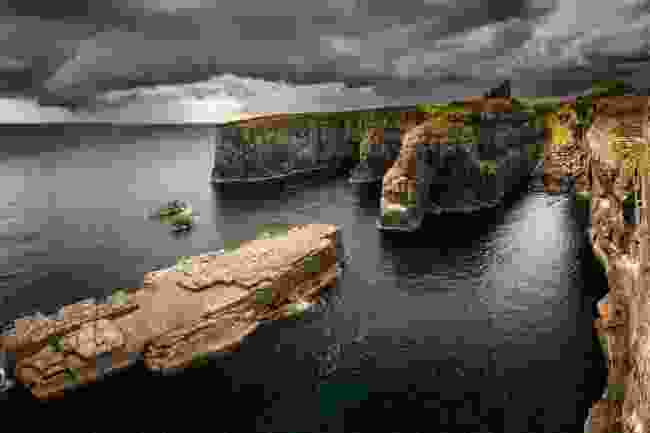 Even though little remains of this medieval stronghold, the location alone deserves its place as one of the unmissable castles on this road trip. The castle’s origins are unclear, but it is believed that it was built in the 12th century by the Earl of Orkney and Caithness, Harold Maddadson.

The remaining ruins are of the four-storey tower which would have housed the Earl and his family on the higher floors, a hall on the first floor and storage on the ground floor. Built on a rock that sticks out from the coast like a finger, the castle was protected on three sides by sheer cliffs. The small inlets to the sides would have provided an area for ships to pull up to shore. 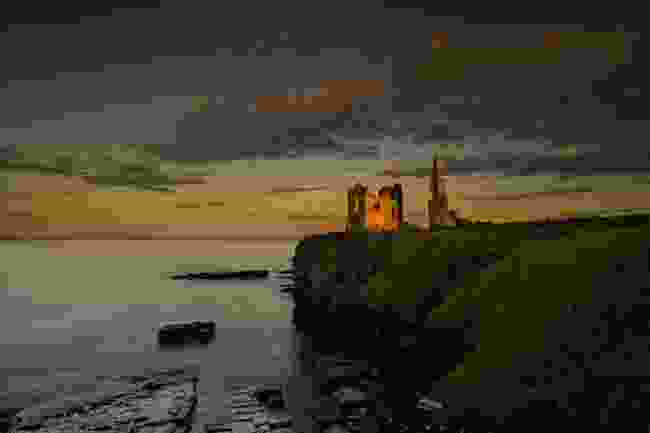 Not to be outdone by the other jaw-dropping castle locations on the North Coast 500, these ruins – close to John o’Groats – might just be the most impressive location yet.

This mighty fortress was once the home of another of Scotland’s most powerful families, the Sinclair family. It is also one of the best preserved examples of medieval fortresses in Scotland.

Until recently it was believed that the castle was two separate fortresses called Girnigoe and Sinclair. However, excavation work showed that it was in fact one castle. The original castle was smaller and built around the 1470s. Over the centuries that followed it was slowly extended until it was damaged during a siege and subsequently has been uninhabited since 1690. 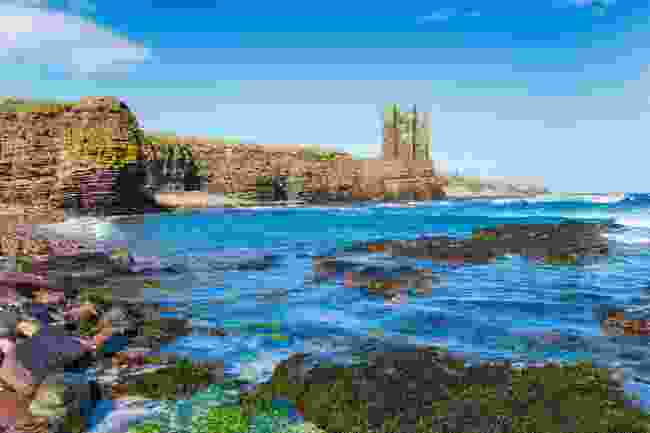 Just 19km north of Castle Sinclair Girnigoe, exploring the area around Old Keiss Castle is a reminder of the strategic importance of this region and why so many fortresses were built to protect it. This continued even in the 20th century, as shown in the numerous machine gun pillboxes that were built along the coast during the Second World War to protect against possible invasion.

As you pass remnants of the Second World War, the sight of this skeleton-like castle comes into focus. Positioned perilously close to the edge of a cliff, the 16th century fort was built by the 5th Earl of Caithness, George Sinclair. The castle changed hands many times since its birth and was attacked and severely damaged until it was extensively redesigned in 1860 by David Bryce.

Unfortunately, after further recent collapses the castle is now in a dangerous state. It is fenced off and can only be viewed from a distance. 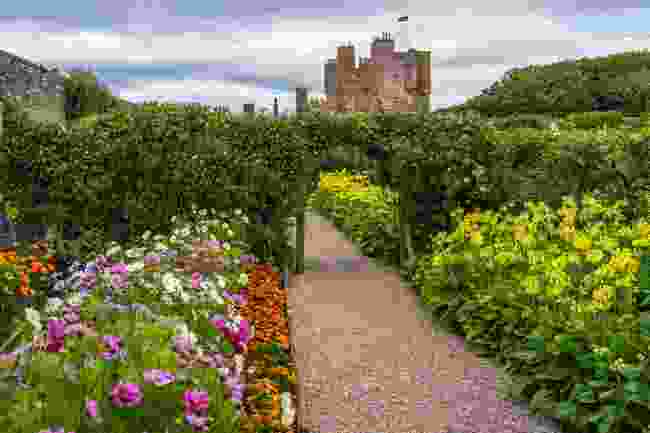 This 16th century castle is 10km from John o’Groats, on the shores of Pentland Firth, a strait which separates the mainland from the Orkney Islands. It was built by the 4th Earl of Caithness, George Sinclair, for his son William. In 1573, shortly after the castle was completed, William was murdered by his brother John who was then also murdered. So, the castle passed on to George (junior), the 5th Earl of Caithness, who changed the name of the castle to Barrogill Castle. It would go on to become the seat of the Earls of Caithness. 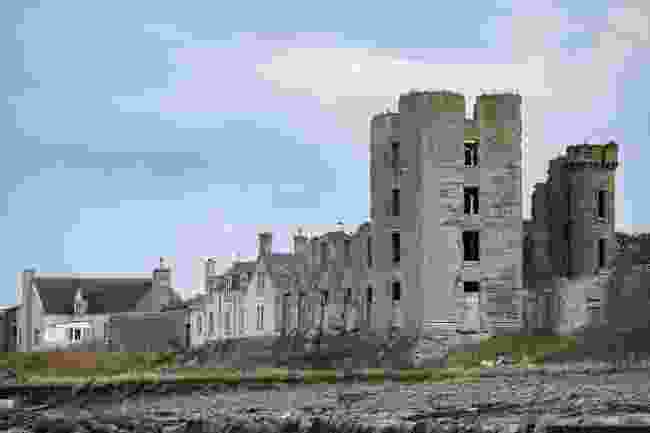 There is not much left of this once powerful stronghold, but as you make your way along the north coast of Scotland, it is worth a quick stop. It is believed that the original fortification at this site was established by the Vikings around 900 AD. Even the name, Thurso, roughly translates to “Thor’s River” in Old Norse.

The castle would later be acquired by the powerful Sinclair family and was the primary residence of George Sinclair – the 6th Earl of Caithness. It was extensively rebuilt over the years, especially in 1872. But the poor quality of workmanship meant much of the structure had to be demolished for safety reasons in 1952. 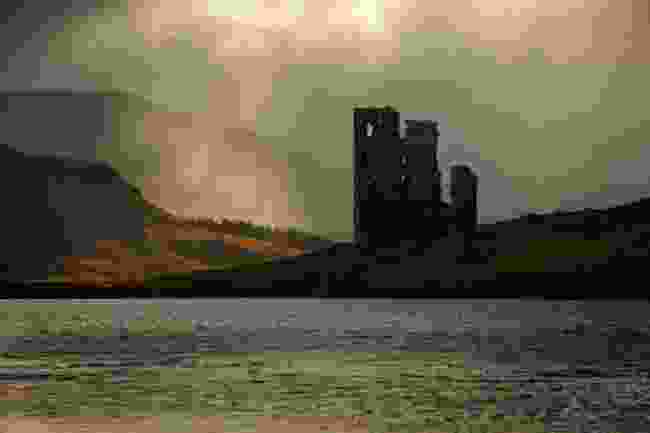 The majestic ruins of Ardvreck Castle stand like a lone sentinel on the western side of the North Coast 500. It is the only castle on this part of the route. Sitting on a piece of land that extends onto Loch Assynt, this 15th-century castle was built by the MacLeods. Sieges, battles, bloodshed and betrayal under their ownership form some of the darker histories of this iconic Scottish castle.

The MacKenzies of Wester Ross seized the castle from the MacLeods in 1672 but the new owners abandoned it within a few decades.

The MacKenzies commissioned a new lavish residence, Calda House in 1726, a few hundred yards away. However, financial troubles led to the house being sold to the Earl of Sutherland in 1737. This angered supporters of the MacKenzie family who looted and burned the house, which was never rebuilt.

Read about the most spectacular highlights of Scotland's North Coast 500