How to spend a weekend in Inverness, Scotland

Inverness is known as the gateway to the Scottish Highlands, but is that all? Nope, it's so much more. Lyn Hughes discovers its rich history, landscapes and whisky... 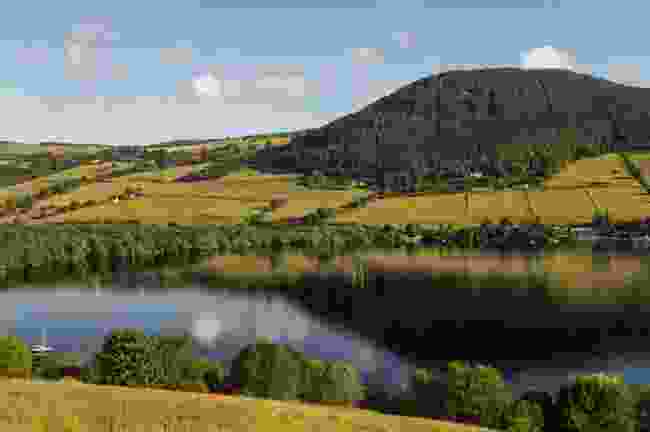 The wader-clad fisherman was thigh high in the fast-flowing river, as he cast his line for salmon in the soft morning light. It was a sight one might expect in the Highlands, but I hadn’t anticipated seeing it just a few minutes walk from Inverness city centre.

However, the River Ness is special for the first claimed sighting of the Loch Ness Monster, back in AD565. Legend has it that Saint Columba banished a “water monster” from the river, and it fled upstream to Loch Ness.

If ‘Nessie’ had fled a few miles in the other direction she’d have found herself in the dolphin-rich Moray Firth, as Inverness is at the northern end of the Great Glen, where the Highlands meet the coast.

It is the northernmost city in the UK, and it is probably the fastest-growing. However is still compact and very walkable, and you are never far from water or forest. 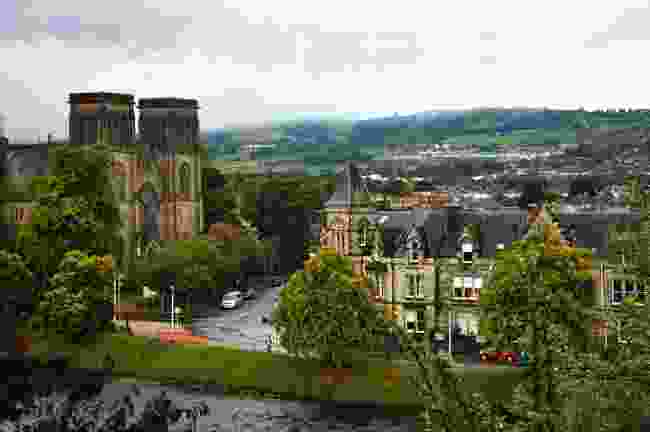 You are never far from myths and legends here either. In the early 17th century, a Highlander known as the ‘Brahan Seer’ became known for his prophecies, including foretelling the Battle of Culloden, which took place nearby in 1746.

He also deemed that when the city had five bridges over the River Ness there would be worldwide chaos. In August 1939 a fifth bridge was completed, just on the eve of the Second World War. The Seer also predicted that one day ships would sail round the back of Tomnahurich Hill.

This seemed completely illogical, but the Caledonian Canal does run around the back of the hill. Sadly the Brahan Seer came to a sticky end, having given the wife of an Earl the unwelcome news that her husband was philandering. Today, tourism in the Highlands is booming with visitors flocking to sites familiar from film and TV shows such as Outlander.

Inverness is seen as a gateway, but it deserves better than that; stay, soak up its history and raise a glass of whisky to the Brahan Seer.

What do Inverness locals recommend? 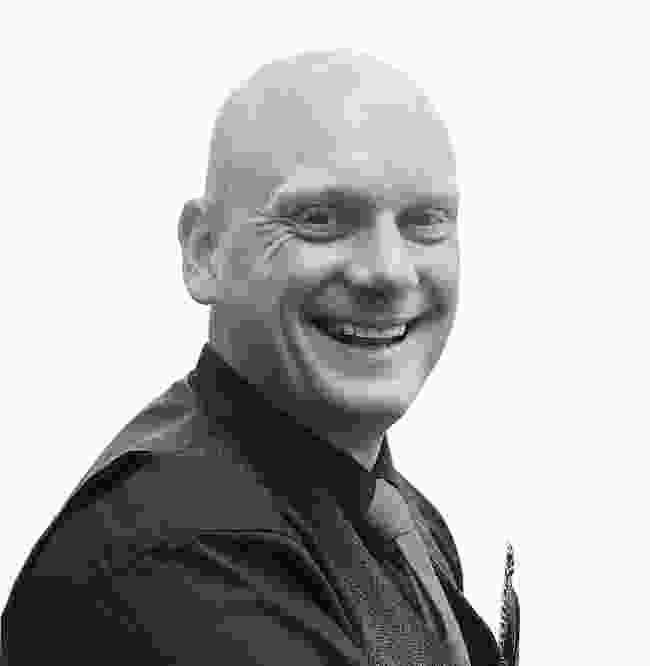 “Make your way to the hidden gem that is The Malt Rooms on Church Street.

Try their chocolate flight, which pairs delicious Whiskies with chocolates from The Chocolate Place. Deliciously Divine”

Your first day in Inverness 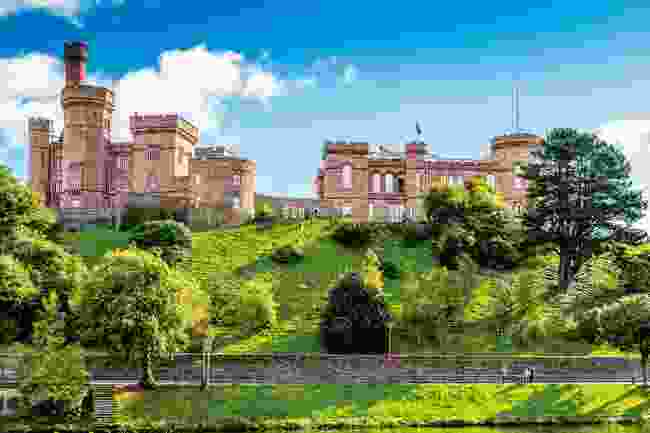 Head for the castle; although it only dates back to 1836 and is now a courthouse, it is worth buying a ticket to go up to Inverness Castle Viewpoint to orientate yourself with a 360 degree view of the city. On your way in, say hello to the statue of Flora MacDonald, who famously helped ‘Bonnie Prince’ Charles Stuart get to Skye.

For an insight into Highland history pop into Inverness Museum and Art Gallery. You’ll find its famous wolf stone on the ground floor; a superb Pictish carving in stone dating back to the sixth or seventh century. Then head upstairs to see the spine-tingling portrait of Charles Stuart by forensic artist Hew Morrison.

Wander the city’s streets, popping into the Victorian Shopping Centre and Scotland’s largest secondhand bookshop, Leakey's. Try a whisky-tasting at the Malt Room and then take a stroll along Ness Walk. For fine dining with local produce, have dinner at Torrish in the Ness Walk Hotel.

Your second day in Inverness 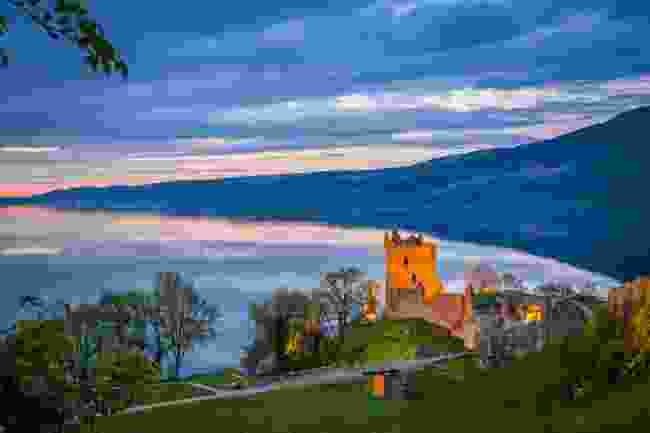 Head out to explore the surrounding area. First stop is searching for Nessie in Loch Ness. Take in Urquhart Castle on a Jacobite cruise and marvel at the size of the loch – it reputedly holds more water than all of England and Wales’ lakes combined.

Black Isle is neither black, nor an isle, but this peninsula is good for nature lovers. In spring and autumn look out for  migratory seabirds, and watch for dolphins year-round when following the coastline to Cromarty.

Take to the Moray Forth on a two-hour wildlife RIB boat trip with ecoventures, and then enjoy local seafood or pizza at Sutor Creek for lunch or dinner.

Back in Inverness catch some live sounds at Hootananny.

If you have a little more time...

See dolphins in the Moray Firth 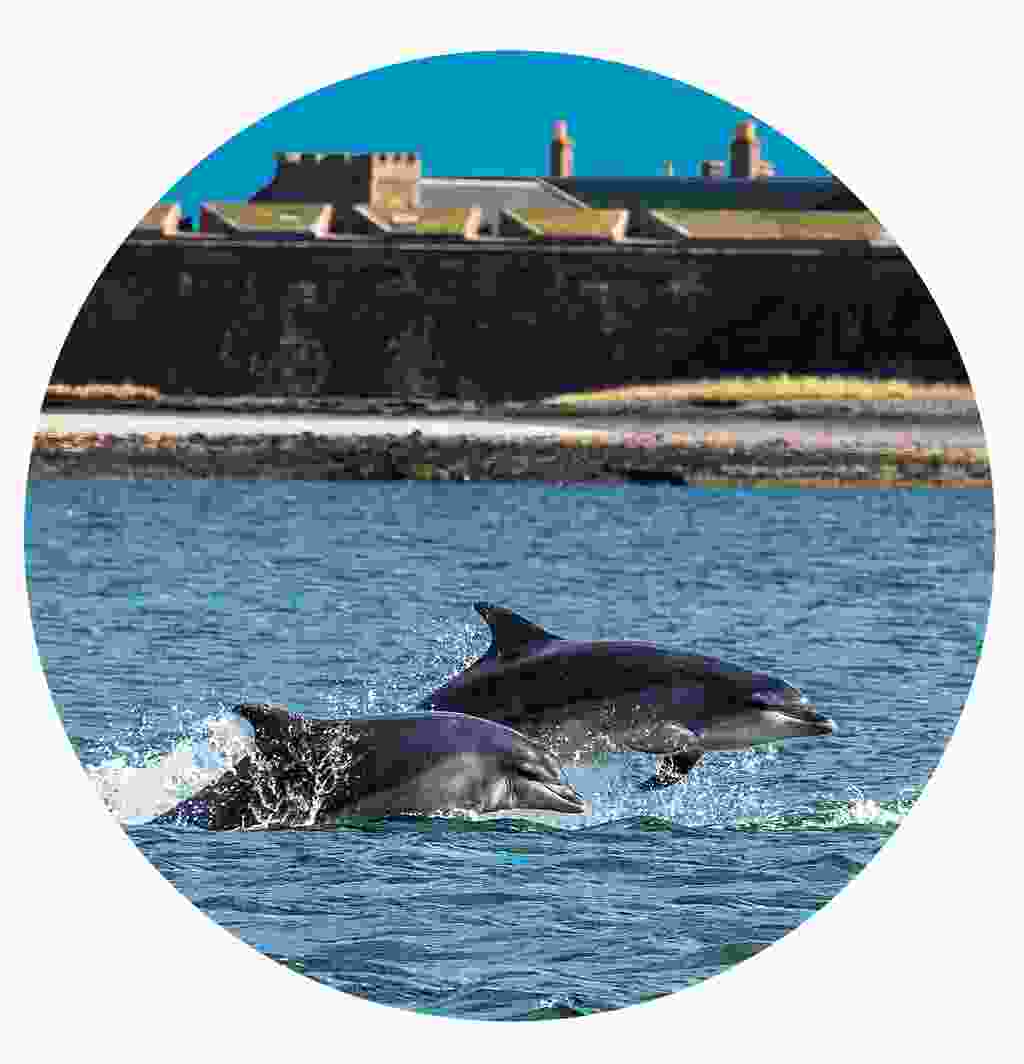 There’s estimated to be about 130 bottlenose dolphins leaping through these North Sea waters.

Learn more about them at the Scottish Dolphin Centre where guides are on hand to answer your questions. You can also see seals, ospreys and otters from the centre. 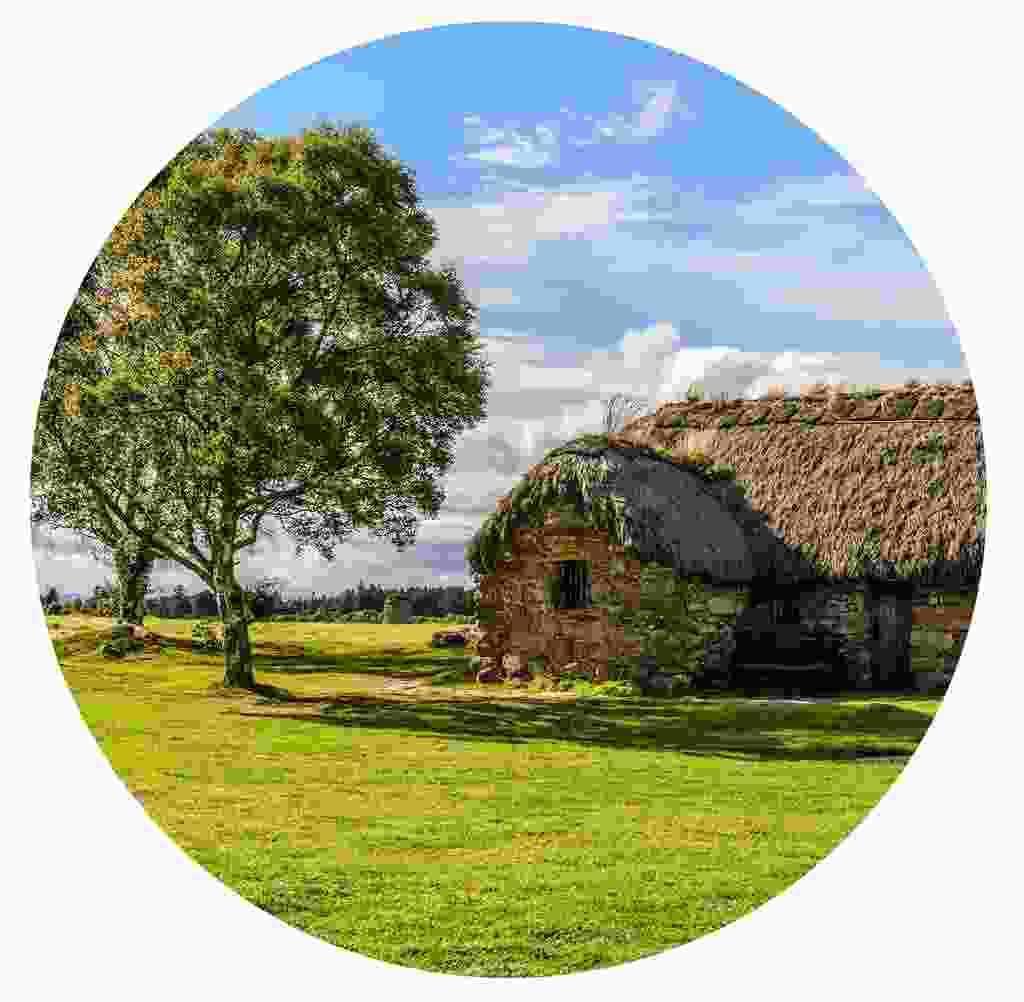 It is only 15 minutes drive east from town in the direction of the airport, so if flying in or out you may want to visit it then.

Otherwise make it your first stop of the day to beat the crowds; it opens at 9am in summer 10am in winter (£11). 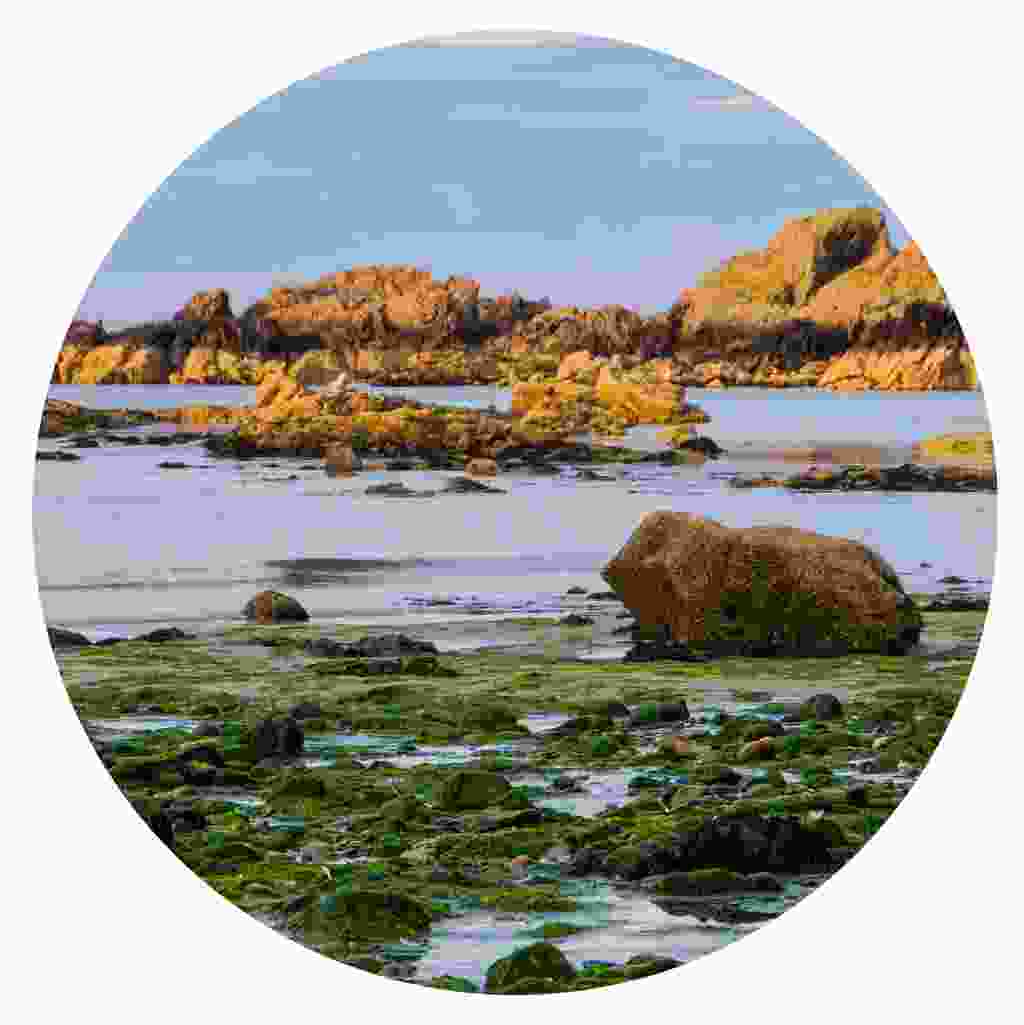 About an hour’s drive from Inverness, The Barn Owl Bothy in Dornoch is a great wee find.

Local artisans contribute to this fantastic little Aladdin’s Cave, where you’ll find everything from one-of-a-kind artworks to handcrafted jewellery and ceramics. 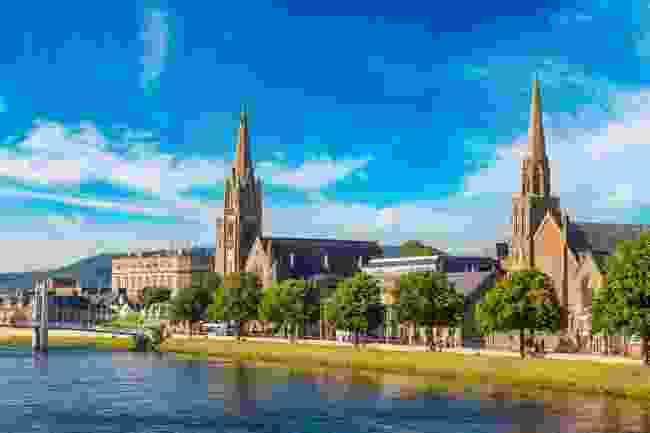 Go out of season

Avoid the crowds and higher prices by avoiding summer. April and October are recommended.

How do you get to Inverness?

Where can you stay in Inverness?

The new Ness Walk Hotel is the first five-star hotel in Inverness. Set in a quiet location just a few minutes walk along the river from the city centre, this relaxing retreat offers excellent service and a superb restaurant.

Gavin Nicholson offers private guided tours which can be tailored to your interests. Have a lovely lunch with a glass of wine, visit a few distilleries or enjoy a whisky and chocolate tasting from his private collection.

Scottish inspiration for you to keep reading:

Get onboard: 5 reasons to explore Scotland by rail