As we seek to explore more of the UK, author Mike Parker takes us on a journey through the small Welsh towns and English places that play a significant role in the country's LGBTQ+ history... 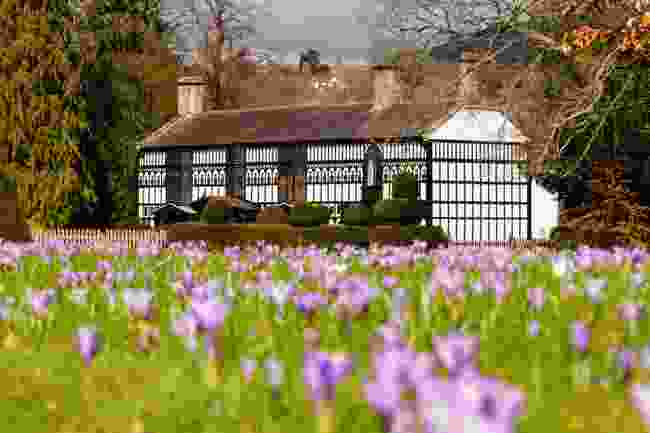 Despite being only a handful of miles from the English border, Llangollen succeeds in being a kind of Wales-in-miniature. The peaty waters of the River Dee tumble over rocks beneath the town’s bridge, steam trains belch out of the preserved station next to it, and standing sentinel over the whole scene is the ruined hilltop castle of Dinas Brân (‘the city of crows’). It’s been a visitor honeypot for centuries.

In 1778, a couple of aristocratic Irish women eloped here, and settled in Plas Newydd, an elegant house on the edge of town. They were there for 50 years, becoming curious celebrities of the age. On the 1801 Act of Union with Ireland, Llangollen became a coaching stop on the London to Dublin route, and the high society of the day came to pay their respects to the Ladies of Llangollen (they looked like “two respectable superannuated clergymen”, according to Walter Scott). Lesbians beat a path to their door, too. And still they come today, as visitors and as newlyweds, for Plas Newydd is now a popular venue for civil marriages.

One contemporary who visited the Ladies was Anne Lister, ‘Gentleman Jack’ of Shibden Hall, Halifax – which is also still there today as a museum, too. Just down the road from there is the handsome mill town of Hebden Bridge, a lesbian magnet since the 1970s and still the most prolifically queer small town in Britain. 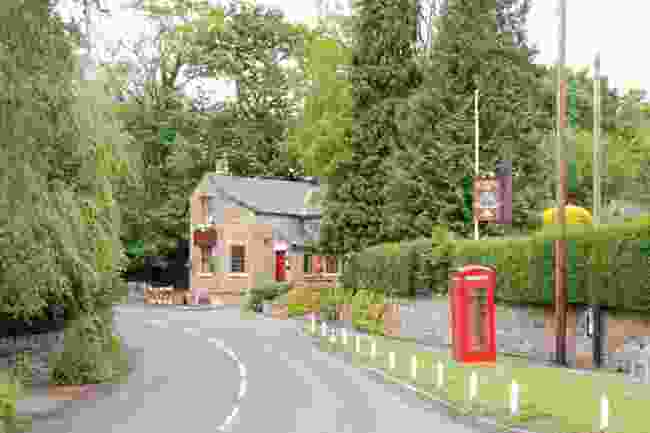 In the middle of the pretty Pennine village of Millthorpe, a few miles south of Sheffield, a laminated display board tells visitors about the highlights of the Cordwell Valley.

Prominent amongst them is the village’s place as the home for over 30 years of Edward Carpenter (1844 to 1929), who lived there with his lover George Merrill at a time when male homosexuality was not just illegal, but harshly punished (Merrill moved in in 1898, just three years after the infamous Oscar Wilde trial). The village board tells us that in pursuit of “a form of simple living”, Carpenter “eschewed the city and embraced the elements. He threw open the windows and threw off his clothes in an effort to cast off the curse of respectability. He wanted to reunite people with the landscape.”

Millthorpe was a magnet for leftfield types: environmentalists, naturists, socialists and many queer pioneers. In 1913, E. M. Forster came to stay, and was so inspired that within just a few weeks he wrote Maurice, his great gay bildungsroman. Millthorpe had unleashed the well of inspiration, but buttoned-up Forster kept it hidden: the novel was not published until after his death nearly six decades later.

As befits their father figure, the Edward Carpenter Community are latter-day exponents of the queer rural life from their base at Laurieston, near Castle Douglas in southern Scotland. They’ve been there for decades, and are surely responsible for the far higher number of LGBT people living in that patch of Dumfries and Galloway. 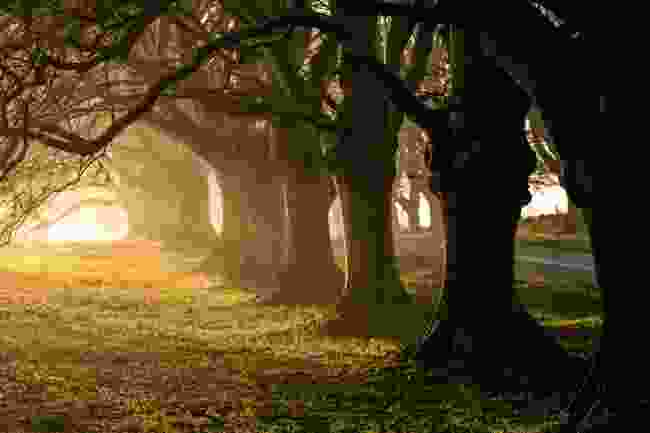 In eastern Dorset, there are two National Trust properties at either end of the spectrum of gay male identity. For all the frills and frou-frou, there is Kingston Lacy, a sugary 17th century pile that was home to the Bankes family. William John Bankes (1786 to 1855) was the most famous of the family – an explorer, adventurer and politician. He filled the house with the plunder of his travels, but after being caught in 1841 having sex with a guardsman in Green Park, was banished abroad, and never returned to his beloved house.

At the other end of the spectrum is nearby Clouds Hill, a small and squat brick house, sat in the middle of a blank, bosky heathland. The reason that somewhere so plain is in the care of the National Trust is simple: Clouds Hill was the last home of T. E. Lawrence (“of Arabia”), the dashing pin-up and hero to post-Edwardian England. Lawrence’s sexuality was never in doubt: his Arab boyfriends were legion, and he wrote explicitly about his fantasies of being overpowered by strong young men. The whole house oozes a lusty, musty masculinity.

Through the 1950s and 60s, Reg and George, the couple that I write about in my book, On the Red Hill, lived in nearby Bournemouth, a relatively gay-friendly resort in the dark days of illegality. In his writing, Thomas Hardy disguised it as Sandbourne: “a fairy place suddenly created by the stroke of a wand”. The darkest days came in the early 1950s, when countless men were imprisoned, many on the evidence of blackmailers and agents provocateurs. The most notorious trial of all was of Lord Montagu and others, from a party on the nearby Beaulieu estate in the New Forest. One of those imprisoned was journalist Peter Wildeblood; his defiant memoir Against the Law helped turn the tide towards greater tolerance. 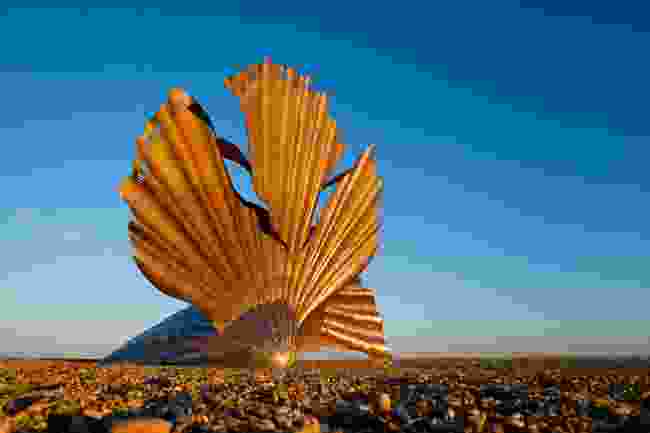 There is something utterly otherworldly about the Suffolk coast, its marshes, reed-filled estuaries and yawning skies. This is a place where you cannot hurry. It lends itself to contemplation, to art, music and to unashamed eccentricity. All collided in the mid 20th century in the county’s place as home of composer Benjamin Britten, and his partner, the singer Peter Pears. Yehudi Menuhin once said that “if wind and water could write music, it would sound like Ben’s”.

Shortly after the Second World War, Britten and Pears founded the Aldeburgh Festival, and in the 1960s developed a permanent musical site at nearby Snape. They were the most conspicuous gay couple in public life during the difficult post-war years, a tiny glimmer of light in benighted times. When Britten died, Queen Elizabeth II sent condolences to Pears – the first time a same-sex couple had been recognised as such. They are buried together in the graveyard of Aldeburgh parish church.

On the beach north of the town is a steel sculpture built in 2003 to commemorate the couple. In the seductive shape of a scallop, fringed with the words ‘I hear those voices that will not be drowned’, from Britten’s opera Peter Grimes, the sculpture was the work of another Suffolk native, the irrepressible Maggi Hambling. The self-described ‘lesbionic’ artist had studied nearby at the East Anglian School of Painting and Drawing, the brainchild – or perhaps lovechild – of Sir Cedric Morris and his boyfriend, Arthur Lett-Haines.

5. Hay-on-Wye and the Black Mountains 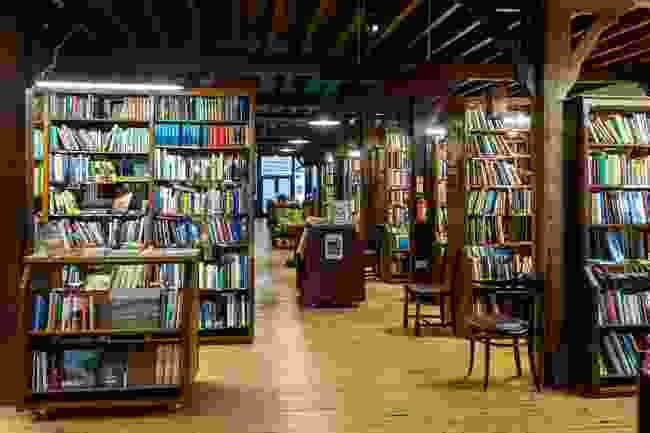 Hay-on-Wye punches far beyond the weight of a small rural town, with a population below 2,000 and a full 20 miles from the nearest railway station. On April Fool’s Day in 1977, an antiquarian bookseller named Richard Booth declared that Hay was an independent country, with himself – naturally – as king. Although a joke, there was something deadly serious in the pronouncement too. Straddling the Wales-England border, looking both ways at once, Hay felt like a place apart, and still does.

The town and its hinterland have long attracted people also straddling borders and boundaries of their own, including a sizeable queer contingent. One of King Richard’s staunchest comrades was Hay resident and transgender pioneer April Ashley, whom he ennobled as a duchess of his tiny kingdom.

South of town, one of the most beautiful lanes in Britain climbs up into the Black Mountains, for decades home to the writing retreat of another radical trans pioneer, Jan Morris. Her 1974 book Conundrum was one of the first to explore the issue. The sculpted Black Mountains are also home to radical queer poet and singer-songwriter Labi Siffre; over 30 years after its initial release, his (Something Inside) So Strong remains one of the most potent and enduring anthems for anyone on the brunt end of oppression. 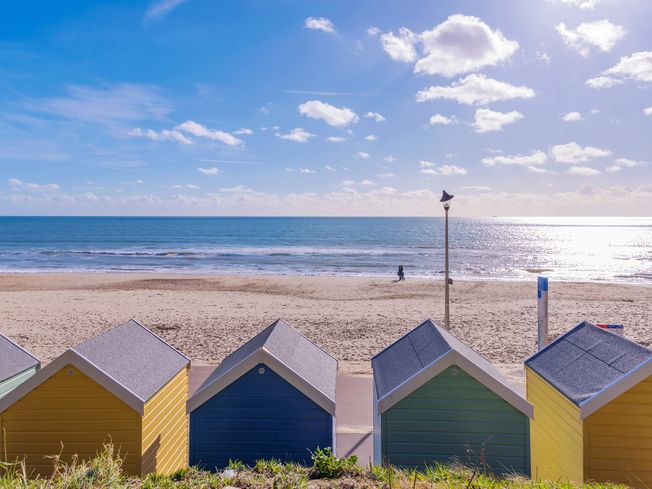 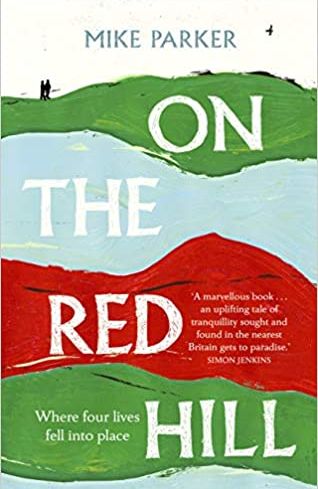 Mike Parker is a writer and broadcaster based in mid Wales. He has written guidebooks for Rough Guides and Gay Men's Press, as well as produced offbeat travelogues for ITV Wales.

His latest book, On the Red Hill, is shortlisted for this year’s Wainwright Prize for UK Nature Writing. The winner will be announced on 8 September.

More on England and Wales:

Where to cycle in Carmarthenshire

The best walks in Suffolk