Director Karina Holden on the life-changing locations in her film, BLUE

Filmmaker Karina's documentary BLUE is about the crisis in our oceans, and how to stop it. Here, she shares where she took her camera crew, and what they uncovered along the way...

As a filmmaker specialising in wildlife and environmental stories, my career has taken me to many remote and extreme places. I have been swept down river in a desert flood, chased cyclones in the tropics and trekked to Everest base camp, always lugging an armoury of camera gear.

My latest film, BLUE, took me to some of the places at the front line of ocean change. 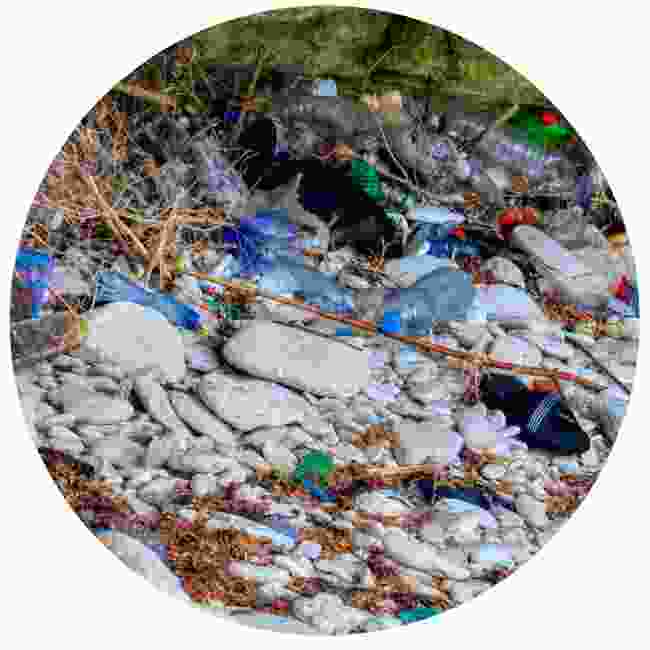 “Having worked on Australia’s Great Barrier Reef as a young conservation scientist, I have witnessed a heartbreaking decline of the reef in my own lifetime.

In the last 40 years, half of all vertebrate marine life has been lost from our global oceans. Scientists predict that by 2050, there will be more plastic in the sea than fish.”

It’s a hard story to tell, but are we to look away at a time when our actions could be the very thing to turn the situation around?

While filming BLUE, I travelled to where the crisis is most visible. The centre of the shark trade in Indonesia, the tuna capital of the world in the Philippines, the edge of the Great Pacific Garbage Patch in Hawaii and into the ocean heatwave causing mass bleaching the Great Barrier Reef in Australia.

Thankfully, I have also had the chance to film in some magical places, where the beauty of the underwater world is still relatively intact.

Here are just some of the places we filmed in that are worth noting... 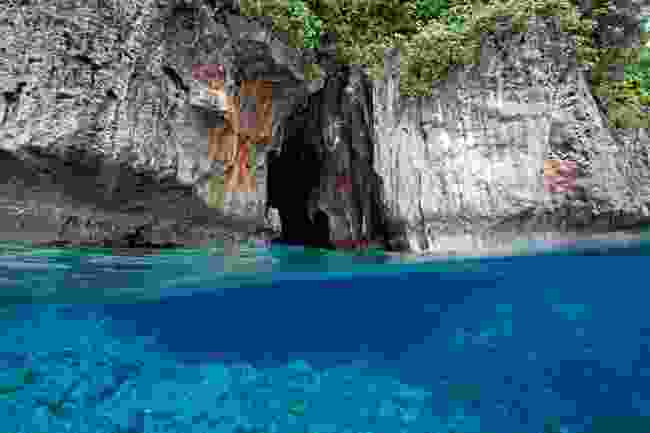 A lagoon in Tonga (Shutterstock)

Each year, Humpback whales migrate 6,000km from Antarctica to breed in the picture book lagoons of Tonga, Polynesia.

Since the Royal decree in 1978, when the King of Tonga banned the hunting of whales, the ‘Tongan Tribe’ have recovered from less than 50 to more than 2,000 whales. It is one of the best places in the world where humans can reliably swim with these remarkable mammals from August to November.

For Lucas Handley, the free-diver who features in BLUE, swimming amongst a pod of whales resulted some of the most stunning visuals in the film. A humpback can stay submerged for up to 40 minutes without having to surface to breathe - and Lucas can manage 6 minutes. 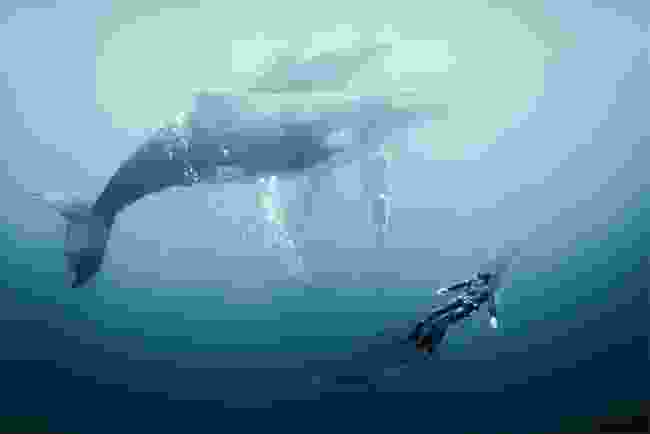 Lucas dives with a humpback whale in Tonga during filming (BLUE)

That’s exceptional, since even the healthiest human averages about 2 minutes underwater. Freediving on their terms, sinking to 100m surrounded by towering leviathans on a single breath, Lucas communicates a profound sense of our connection with the ocean.

The privilege of having an encounter with such majestic creatures can be carefully managed by responsible tour operators. Responsible Tourism initiatives are a great way to engage with the local community and give back to ocean conservation. 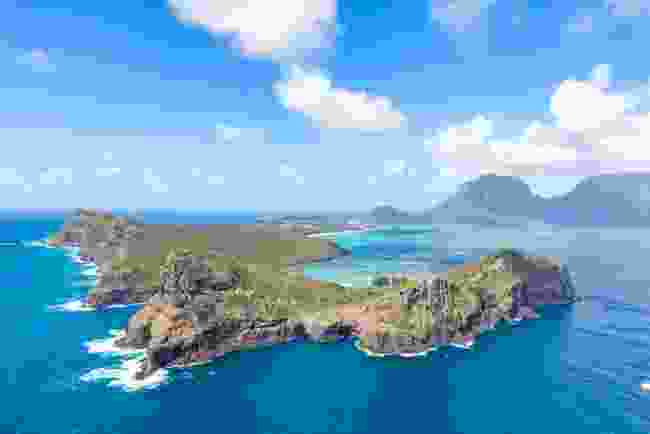 Filming on this remote island 600km off the East Coast of Australia is like stepping back into paradise. No wonder David Attenborough called this one of his favourite places on Earth.

The World Heritage island can be reached from the mainland of Australia by daily flights, but once there, the rest of the modern world fades away. There’s a handful of cars, but most people are leisurely cycling around the 14 sq km island, which is home to just over 300 people.

It’s also home to some of the most extraordinary sea bird colonies in the Southern Hemisphere. We filmed with scientist Dr Jennifer Lavers, who has been researching the damaging effects of plastic ingestion on the Shearwater population for the past ten years. 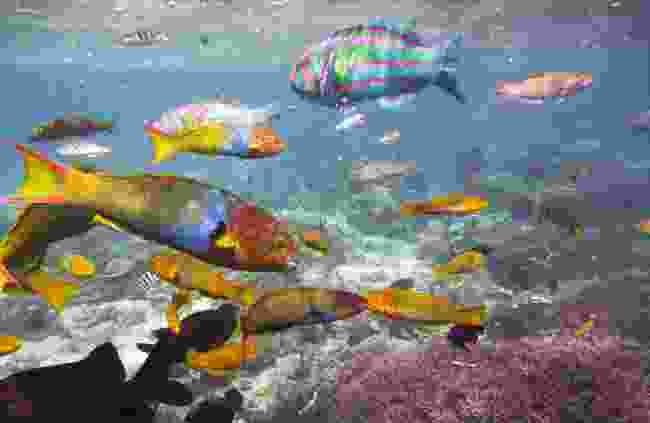 This involved incursions into the forest at night to find fledglings emerging from underground, strengthening their wings in preparation for their first flight out to sea. We also trekked to the base of the mist covered Mount Gower to film in the very noisy Providence Petrel colony. These birds literally drop from the sky when you call to them, flying in to investigate and landing clumsily at one’s feet.

In the lagoons of Lord Howe Island eagle rays, parrot fish, barracudas, Galapagos sharks and a multitude of other fish cram the narrow passages of the fringing reef. With gin clear water, it’s like snorkelling in bouillabaisse. Home to the world’s most southern coral reef, the marine park had avoided the devastating bleaching events that struck global reefs in 2015 to 2017.

Tragically, some of Lord Howe’s reefs have suffered from heat stress this year, but heading into the Austral winter, there is hope they will have a chance to bounce back. It’s important to understand reefs can recover from bleaching, as long as they are not stressed for an extended period of time (more than 28 days). The combination of palm forests, mountain and reefs still make Lord Howe a hidden gem to those in the know. 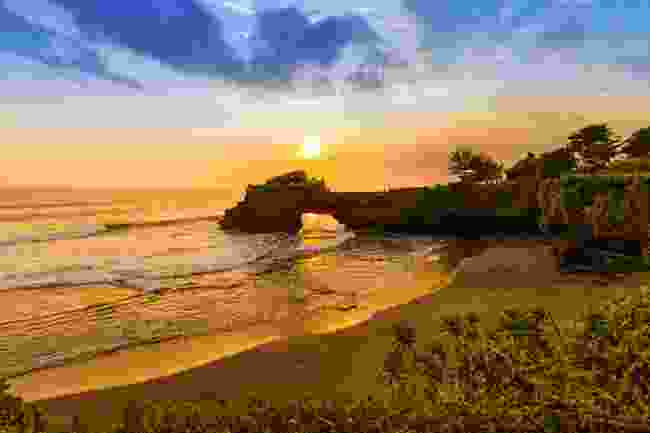 Some of the worst images of plastic pollution we filmed for BLUE were on the island of Bali. It’s a devastating to see this how this once picture-perfect beautiful island in Indonesia has struggled with the pressures that come from a burgeoning population and a lack of infrastructure.

However, the good news is the ban on single-use plastics have now come into effect on the island (since 2019) and it’s anticipated the ban will reduce Bali’s marine pollution by a whopping 70%. It’s encouraging to see how many green initiatives have come into place and the future is looking brighter for paradise.

Indonesia is also home to extensive shark fisheries and Bali’s nearest neighbour, Lombok, has one of the largest shark markets in the world. 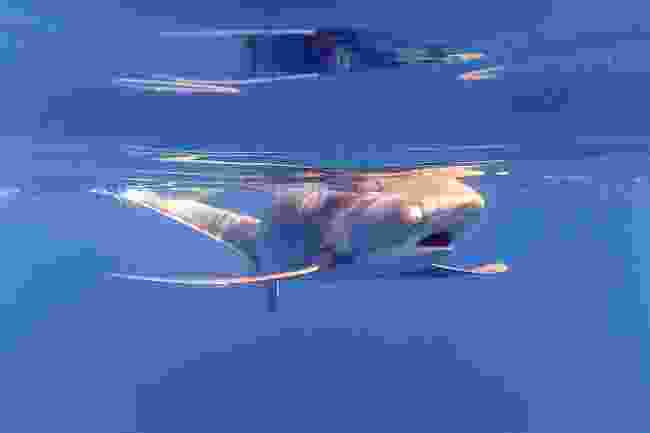 For BLUE, we filmed Madison Stewart, activist and shark advocate exploring how the shark trade works. 72 million sharks are harvested globally every year for the fin trade and the pressure has caused a collapse in these crucial top predators.

Madison became so passionate about her experience on Lombok, she has since set up a not-for-profit business that creates sustainable futures for fishermen to help transition them out of the business of shark fishing. Project Hiu offers tourists from around the world the chance to surf, dive and swim at some of Indonesia’s most stunning beaches and reefs in repurposed shark boats.

Madison also makes these trips culturally rewarding, connecting travellers with not just the fishermen but the women and children living within the community. Rather than just visit, this is a chance to give back.

More on our troubled oceans:

How YOU can help the Great Barrier Reef

Where you can swim with wildlife, responsibly

Can 'underwater IVF' save the ocean's corals?