When's the best time to see wildlife in the Masai Mara?

Kenya's Masai Mara is among the world's most famous locations to witness increasingly rare and dramatic wildlife encounters. Find out what to see, and when... 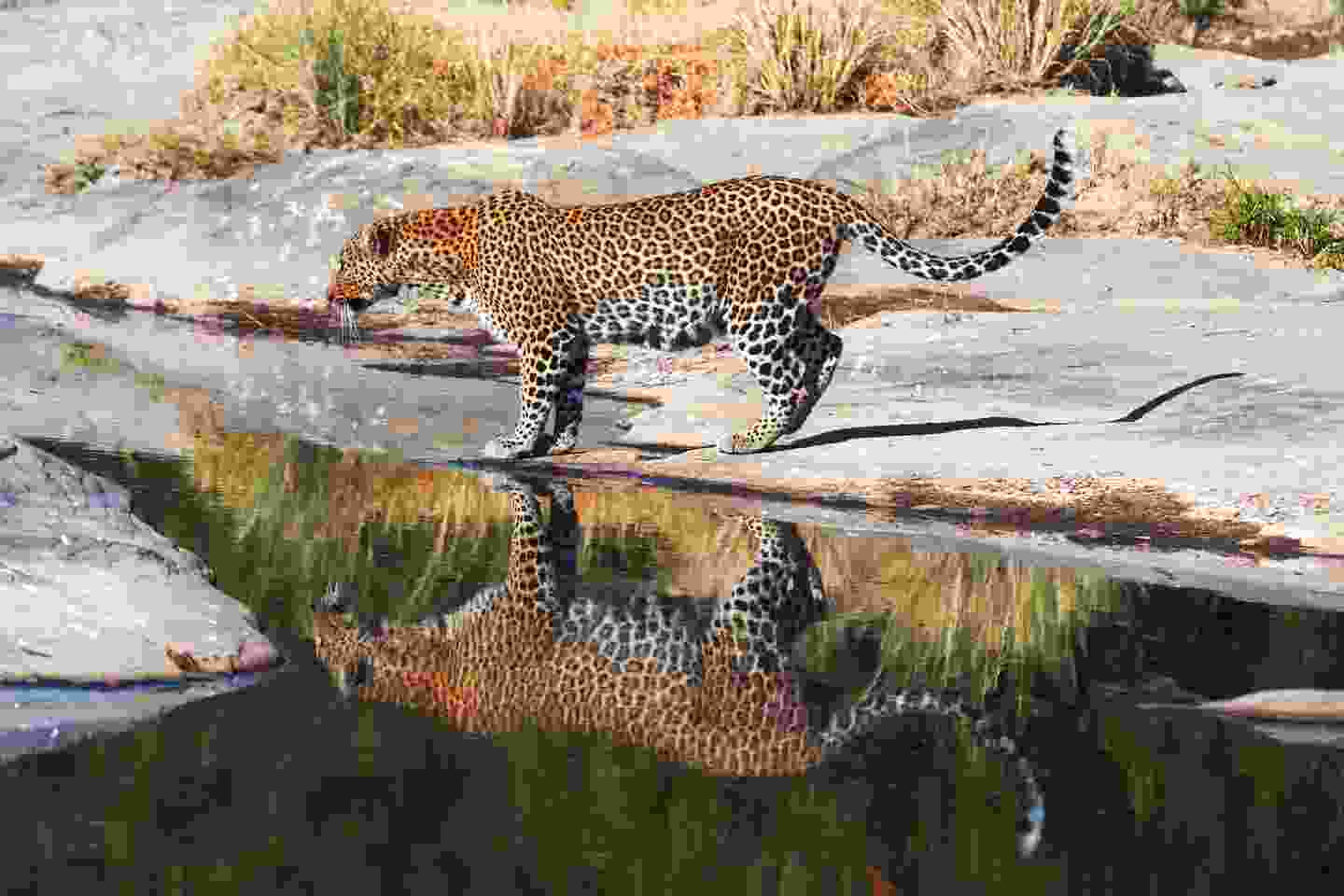 A leopard catches its reflection in the Masai Mara (Shutterstock)

The activities of the reserve’s creatures know no Gregorian calendar; though to see specific wildlife and natural events, there are particular times of year when your chances of an encounter are greater, and more dramatic.

To understand the movements of the Mara's wildlife, it’s important to take time to consider the region's seasons, characterised by a wet season and a dry season.

When are the Masai Mara's dry and rainy seasons? 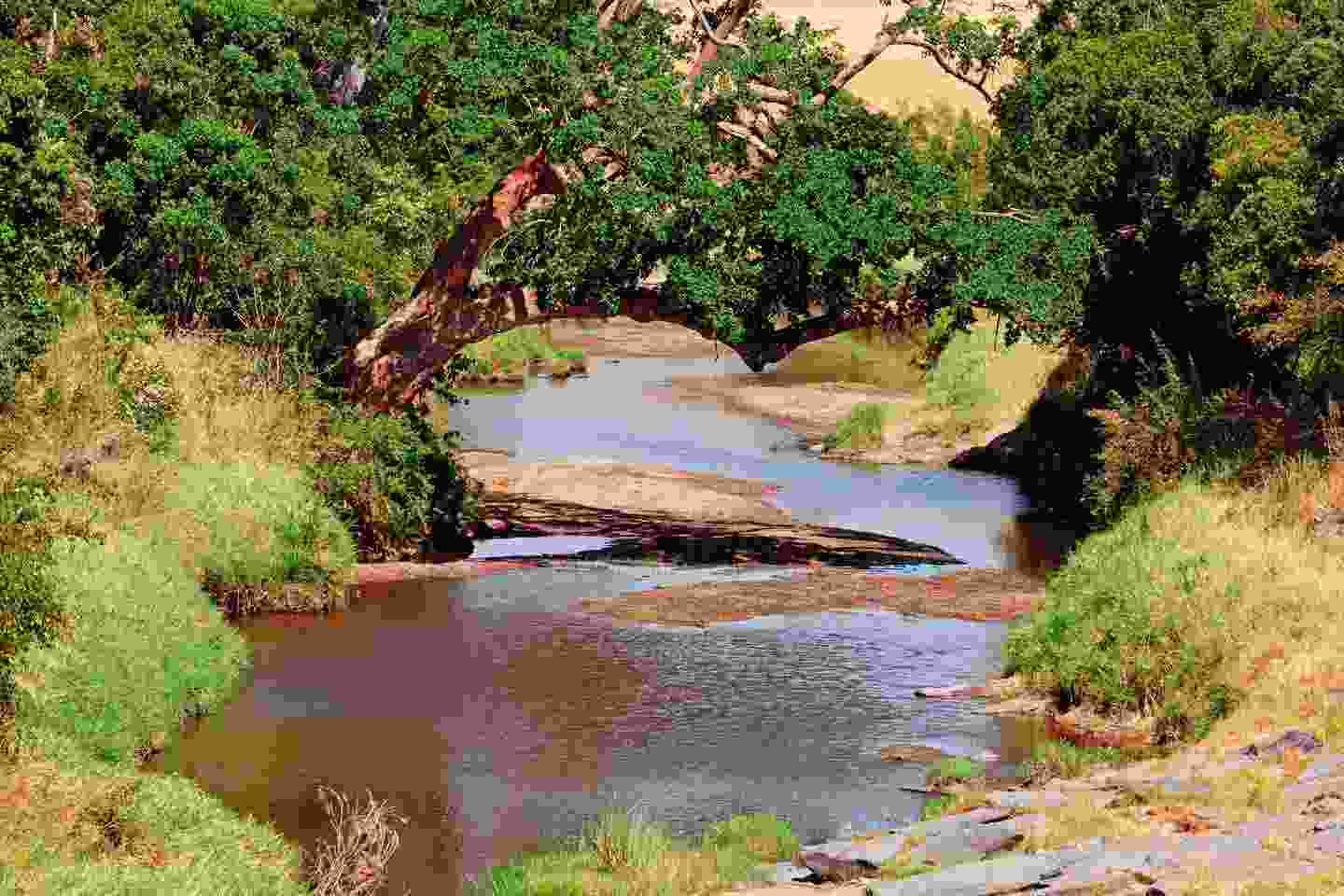 The Masai Mara during dry season. When does the region's dry season begin and end? (Shutterstock)

The dry season runs roughly from July to October, though it can vary slightly. At this time of year there's little to no rainfall, and temperatures are a pleasant 25 degrees on average.

It's the busiest time in the Mara, when the majority of people visit. There's no risk of showers, and the lack of vegetation and dwindling water supply allows better visibility of wildlife.

The wet season follows, roughly from November to June. The first half is what's known as the 'small rain' season, with regular, but low levels of rainfall.

From around April the heavens open, with sometimes torrential but vital rainfall that replenishes the watering holes and revives the dry landscape. Visitor numbers are low during the wet season, however there are still incredible wildlife events to witness.

Read on to find out what to see in the Masai Mara, and when... Migration is a year-round activity. Wildebeest, zebra, and antelope and gazelle species move from plain to plain in the Mara and the Serengeti in search of fresh pasture throughout the year.

Migrations from the Serengeti to the Masai Mara usually take place between July and October, however it’s entirely dependent on the rainfall of the previous wet season, which springs forth new grazing grounds.

One of the Mara's most spectacular wildlife events is watching the herds cross the Mara River, though of course, as is the case with all wildlife-watching trips, there are no guarantees you'll get to see it. An adult male lion in the Masai Mara (Shutterstock)

It’s estimated that over 800 lions prowl the Mara reserve. Unlike other, more elusive big cat species, there’s usually little difficulty in seeking them out - their prides can be found in open spaces.

You can spot them all-year-round in the Mara, but for the most dramatic encounters, head to the reserve at the same time as the wildebeest migration, when they’re enlivened by the abundance of prey. These beloved icons of Africa are dwindling in numbers, though the enhanced protection afforded to the Mara reserve ensures the gentle giants are protected as best as possible, and the reserve has in fact seen rising numbers since 1990. Elephants can be witnessed all-year-round in the Mara.

As a general rule, visiting the reserve’s watering holes is one of the best ways to see elephants – when they’re replenished during the rainy season, or during the dry season when multiple herds are drawn to fewer water sources. 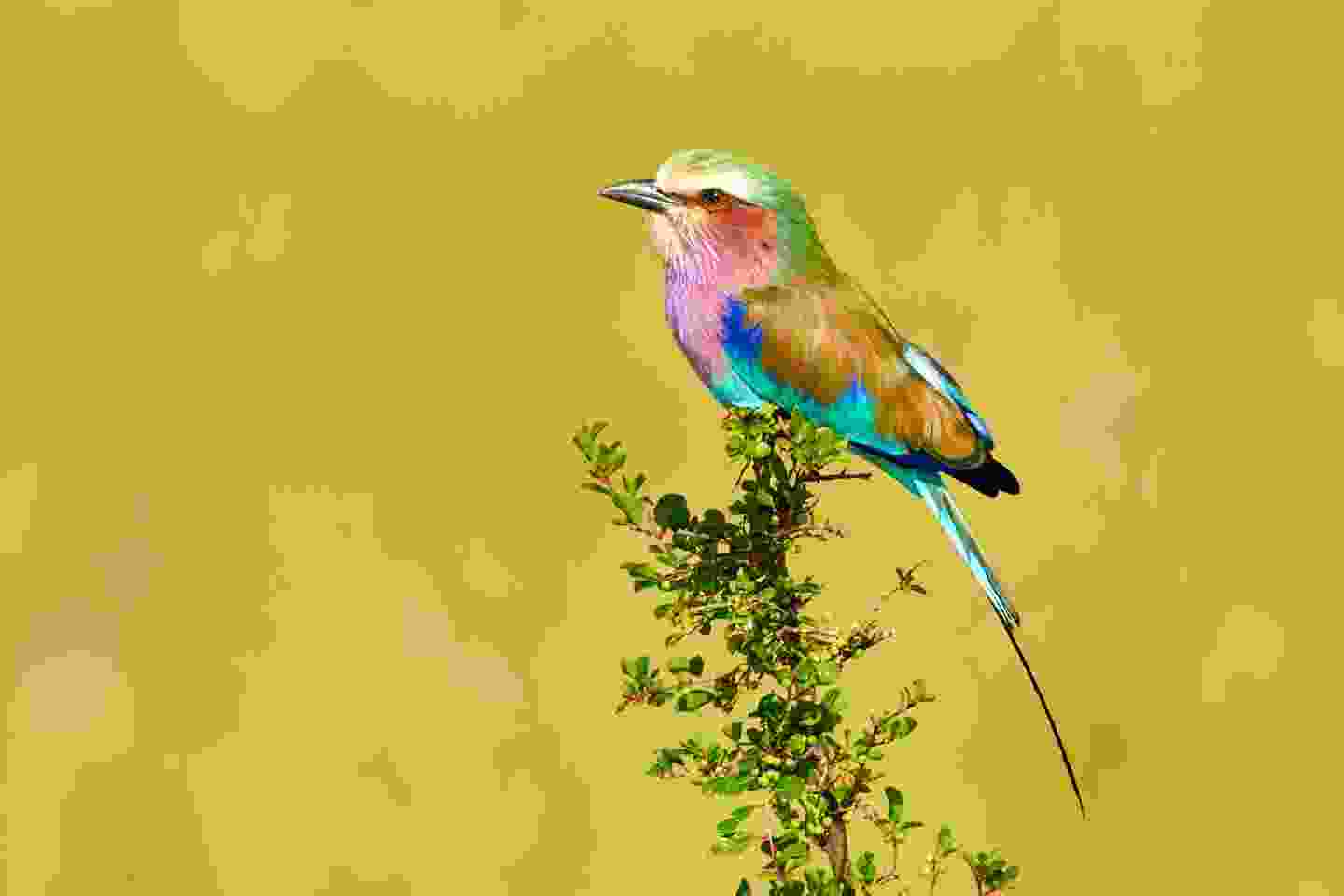 Many of the Mara’s birds are migrating species, and as such one of the best times to visit is from November to March, when you’ll spot birds that have sought the sanctuary of Africa's warmer climes to overwinter. These critically-endangered creatures are now scarce in the Masai Mara, estimated to number up to just 30 individuals. The elusive creatures move around specially-protected sections of the reserve all-year-round.

Rangers and tour operators are rightly reluctant to divulge information on spotting them, in order to protect the information from being passed on to poachers. As such, you’d be incredibly lucky to spot one. Hippopotami in the Masai Mara (Shutterstock)

Hippopotami aren't difficult to find in the Mara, and you'll be able to see them throughout the year. You’ll find these enormous, semi-aquatic beasts snorting, frolicking and fighting in the Mara and Talek Rivers during the day, and grazing on open land in the evenings.

When and where to see wildlife in Tanzania