Where and when to see the Southern Lights

Aurora Australis – aka the Southern Lights – lights up the sky in red, orange, pink and green. Here’s when and where you can witness the magic for yourself... 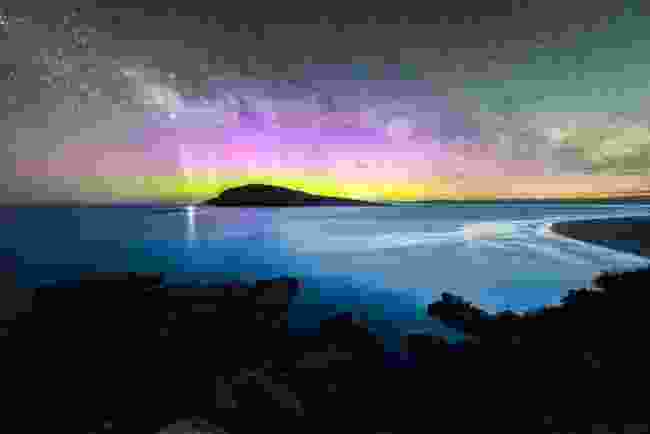 We even have complete guides to seeing the Northern Lights, where to go for a sighting, the best guided Northern Lights tours and how to photograph it.

But what about the similar – yet far rarer – phenomenon in the Southern Hemisphere? Aurora Australis occurs year round, swirling through the sky in reds, pinks, oranges, purples and greens.

Here’s when to watch it, and the best places to see it in Australia, New Zealand and beyond…

When can you see the Southern Lights? 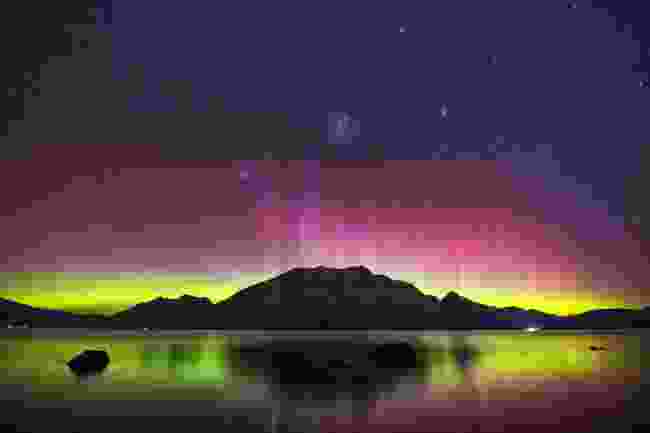 The key to a Southern Lights sighting is a dark sky and a pollution-free atmosphere. Skies are darkest in winter, which in the southern hemisphere is June to August.

You’ll also have opportunities to see the aurora in May (the start of winter) and September (the beginning of spring).

Generally, unlike the Northern Lights, there’s potential for you to see the Aurora at any point in the year. We’ve even heard of summer sightings in December, January and February.

And the best places to see the Southern Lights… 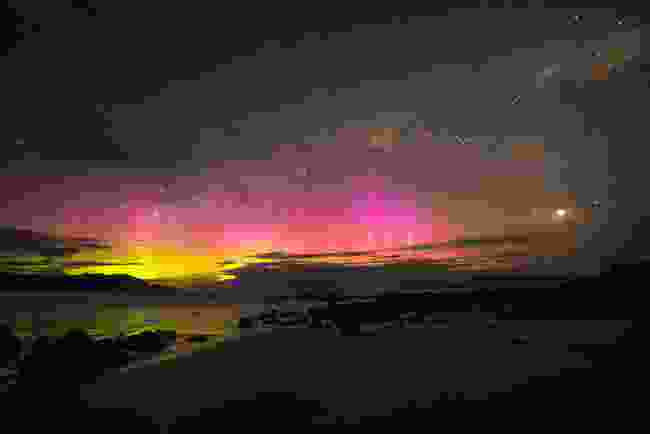 Undoubtedly, the best chance of an Aurora Australis is in Tasmania. Bruny Island, accessible by ferry from nearby Kettering, offers a prime geographical position for a sighting – with minimal light and air pollution.

Satellite, another small island off the south-east coast, offers the same. It's just a 90-minute drive from Tasmania’s capital, Hobart. Another spot with Southern Lights potential. 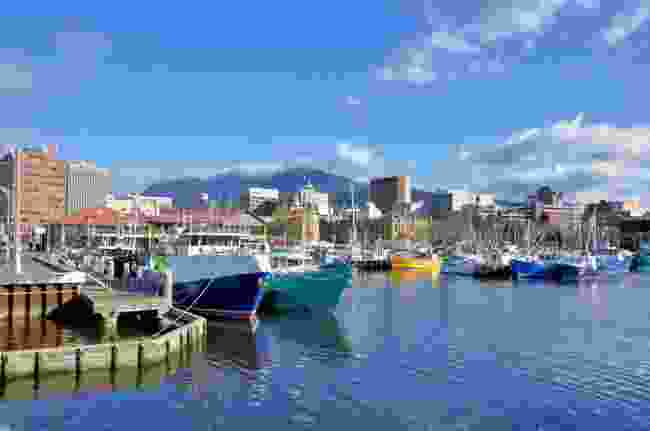 Hobart’s a big city, and cities usually aren’t the top spots for seeing auroras. However, sometimes you’ve got to work with what you’ve got – especially if you’re limited by time.

You actually can see the Southern Lights from Hobart’s highest peaks, when the conditions are right. Getting away from the light pollution is key. 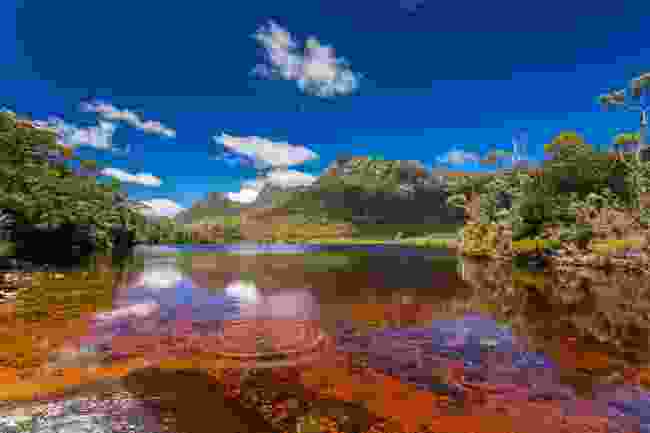 Of course, national parks are often the best places to see such natural phenomena as light shows in the sky – given their size, and the lack of pollution.

But home to rainforest and grasslands, Cradle NP is well worth a visit beyond the Aurora. Expect epic hikes up Cradle Mountain, misty views over Lake St Clair, and unforgettable week-long treks through the wilderness.

Those in search of panorama views come to Mount Nelson in the day for the spectacular vantage point of the River Derwent and the city of Hobart. There’s also a lovely café by the lookout.

Often recommended instead of the better-known Mount Wellington, its also well known that at night – during the right season – its an excellent place to video or photograph the Aurora Australis. 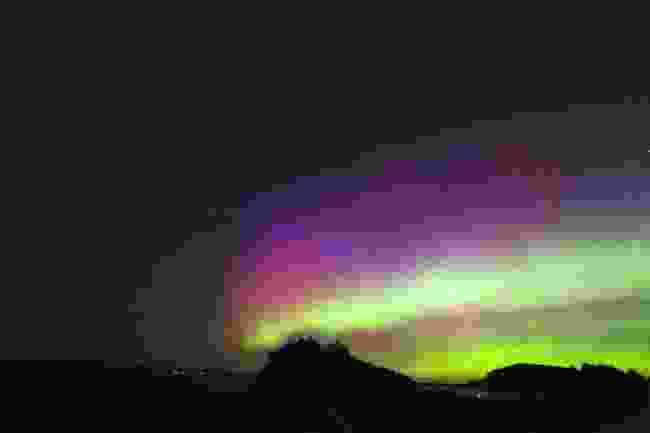 Much like the national park, this natural area may be popular with visitors in the day – but its distance from the city make it a good place for Southern Lights sightings. 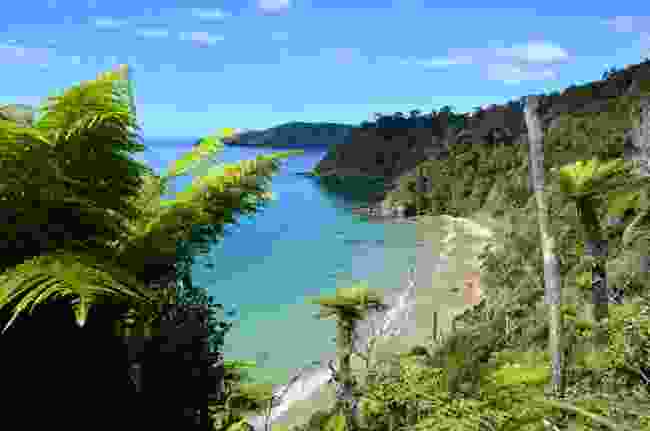 Leaving Tasmania now, we head to New Zealand, where a few locations are known for offering excellent views of the Aurora.

Stewart Island is just 1,570 sq km big, and more than 80% of the island is recognised as protected Rakiura National Park. Rakiura means ‘glowing skies’ in Maori, referring to the breathtaking Southern Lights sunsets the island is known for.

Stewart Island is also a birders’ paradise: a haven for both seabirds and birds on land. Both here and Ulva Island offer rare sighting opportunities, including the NZ kaka parrot and the Stewart Island brown kiwi. 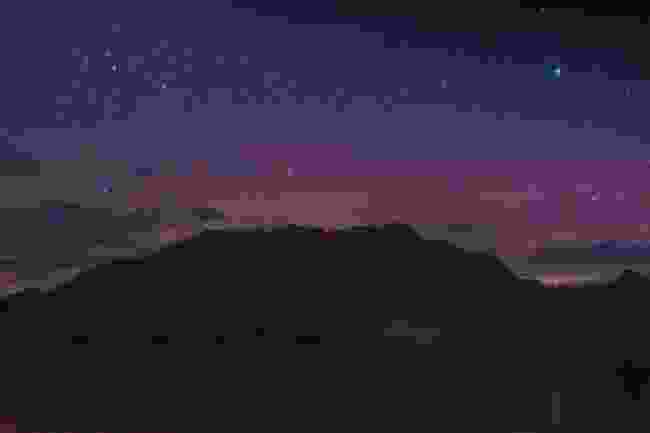 The aurora over Cecil Peak, in Queenstown, New Zealand (Shutterstock)

Many head to New Zealand’s Queenstown for sports or other high-octane adventures, but its also a prime position for an unforgettable Southern Lights show.

The sky blurs from magenta pink to neon green here, with deep purples and glowy rays filling the sky – especially when clouds are scarce. 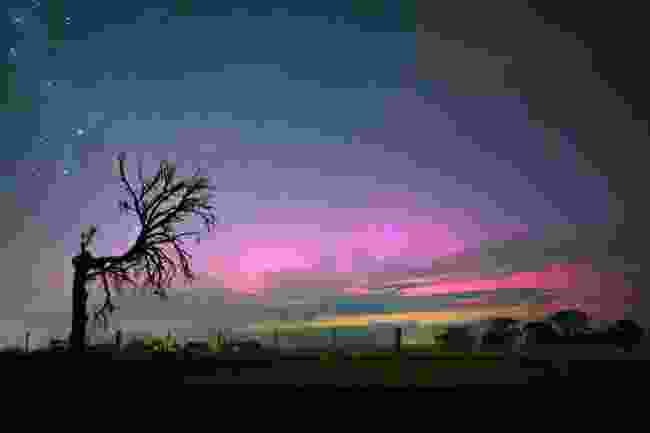 Its rare you’ll see Southern Lights beyond Tasmania while you’re in Oz, but you do have a chance if you’re in Victoria. You’ll want to be there during peak Australis season, for your best bet.

You could try nearby Philip Island, easily accessible from Melbourne. Though don’t blame us if you don’t see anything – the island’s known for its glorious penguin parades at sunset, rather than light shows. 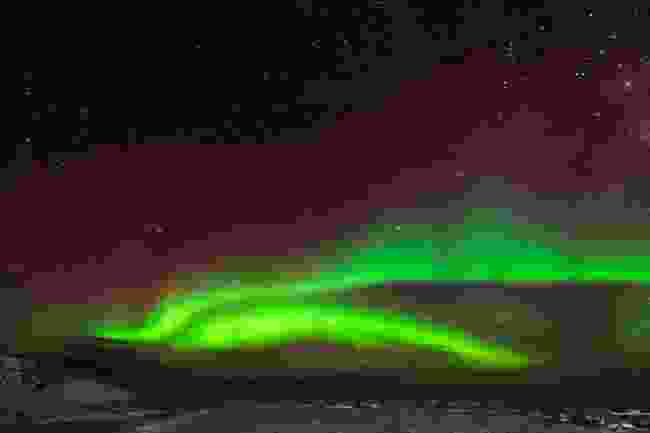 Just as the Northern Lights is clearly visible in the Arctic Circle, the same goes for Southern Lights in the Antarctic.

Epic plumes of pink, purple and green dancing across a twinkling night sky will be one of many magical moments if you’re lucky enough to embark on an Antarctic expedition.

Icebergs and untouched natural landscapes make the Aurora just one of several spectacles. 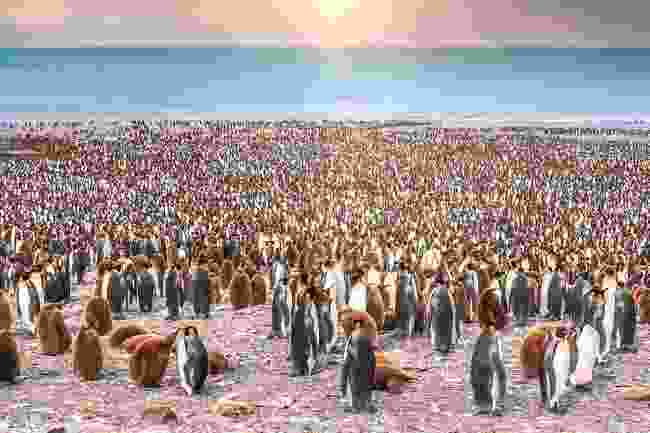 In the Antarctic Circle, South Georgia is absolutely one of the best places to see the Aurora Australis with your own eyes.

Its one of the world’s southernmost places, with very few manmade distractions, so you can expect that the lights will be at their very brightest and most impressive here.

The Antarctic winter is the best time to go, so June to September, though you may be able to see the lights in South Georgia as early as March. 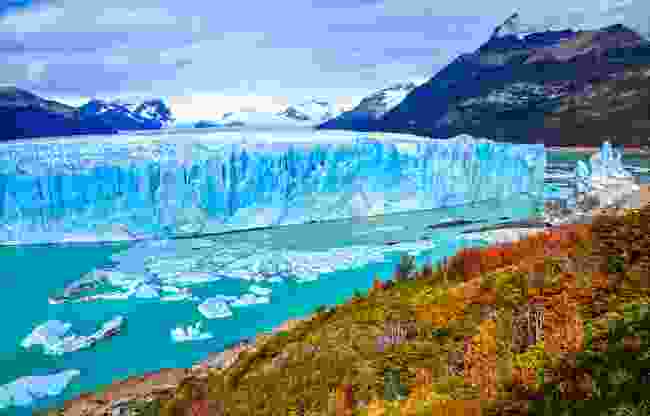 A glacier in Patagonia, Argentina (Shutterstock)

Patagonia is the southernmost tip of South America, meaning it is very possible to see the Southern Lights here, too.

Though lesser-known as an Aurora spot, May and July are good months to visit if you’re hoping for a chance of a sighting. If you’re lucky, April and August may produce results - but don’t count on it. 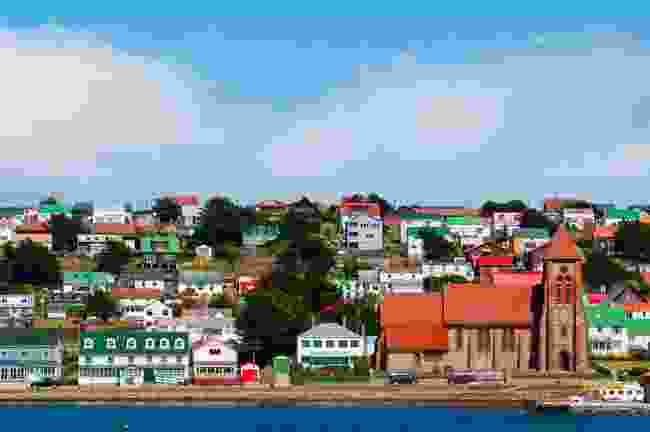 East of Argentinian Patagonia are The Falkland Islands, a British Overseas Territory so far around the world, that they’re not typically thought of as one of the best places to witness the Southern Lights in all their glory.

They actually do provide a pretty good shot – as well as a completely unique travel experience, in many other ways: otherworldly landscapes and penguins galore.

Go between May and August for your best chance of a sighting.

How to see the Northern Lights, too:

When and where to see the Northern Lights

How to take photos of the Northern Lights