5 of the best places to see lemurs in Madagascar

Madagascar is a place unlike any other. It is the fourth largest island in the world, situated off the south-east coast of Africa. I had the joy of living there for 19 months.

My job was to study the most endangered group of animals in the world: the lemurs. There are 111 different species and subspecies of lemur, each of them unique. But sadly, 95% of those 111 species are threatened with extinction because of habitat loss, hunting, and the pet trade.

While in Madagascar, my goal was to contribute to lemur conservation through research. I lived in a tent and got up every morning at 5am to find and follow groups of lemurs for 12 to 14 hours each day, which I wrote about in my memoir, Chasing Lemurs: My Journey into the Heart of Madagascar.

That journey did not go as planned, but it changed me in all the best ways. During my time in Madagascar, I met incredible people and saw out-of-this-world wildlife, which includes a lot of lemurs.

Here are my top 5 lemur sightings in Madagascar... 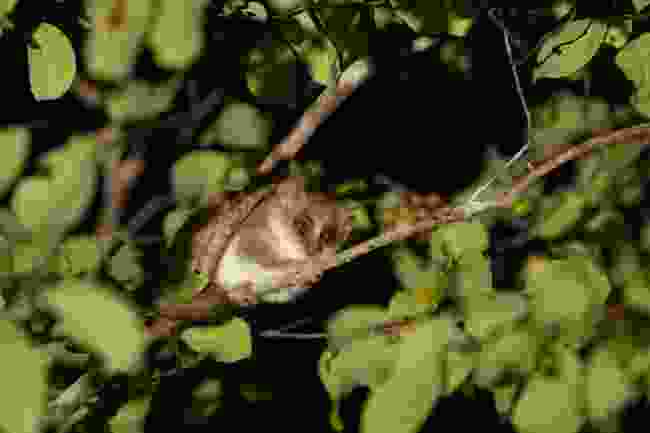 The grey mouse lemur has the distinction of being the very first lemur that I saw in the wild. We were in a small community called Bemonto, en route to a remote field site called Kasijy Special Reserve in the north-west of Madagascar.

Kasijy was incredibly difficult and involved forging rivers and hiking over rocks and sand. Fortunately, you don’t have to travel to Kasijy because gray mouse lemurs are widespread throughout western Madagascar. I also found this species in Ankarafantsika National Park, for example, which is easily accessed by vehicle from paved Route National 4.

Mouse lemurs are nocturnal, and I spotted my first because of its characteristic eye shine, which looked like two glowing orange orbs when you flash your light. Mouse lemurs are the smallest of all the lemurs and can famously fit inside a teacup. Thankfully, because this species is widespread and can tolerate shrubby, secondary forests, mouse lemurs are one of Madagascar’s least threatened species.

Oh, and did I mention they like fruit? When I lived in Ankarafantsika National Park, the cheeky mouse lemurs that roamed near my tent loved to eat my bananas every night. And get this: rather than chow down on just one banana, which would have been more than enough food, they would take one bite out of every banana, spoiling the whole bunch!

But these little lemurs are adorable, so how could I stay mad at them? 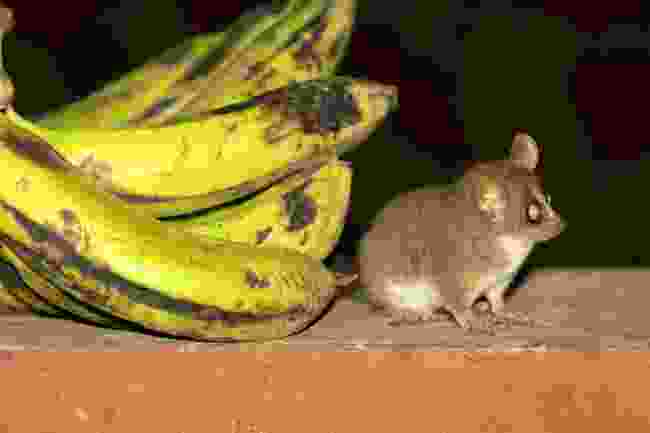 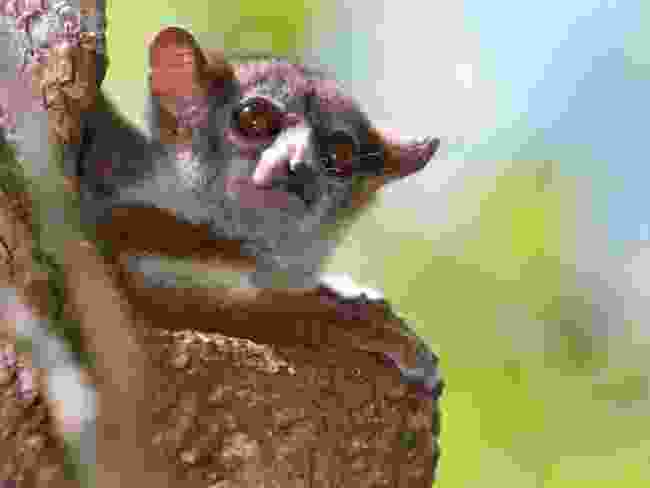 Next, let me introduce you to my good friend, Larry. I got to know this little guy in Ankarafantsika National Park in north-west Madagascar.

Larry is a Milne Edwards’ sportive lemur, and this species is endangered because of habitat loss. Sportive lemurs live alone, in small pockets of forest in the north-west. As a nocturnal species, they are active at night and sleep in the day, camping out in tree holes so that they won’t be spotted by predators like snakes or hawks.

When I first met Larry, I was enchanted. Most of the sportive lemurs in Ankarafantsika would camp out in holes found in tall trees, but not Larry. Larry had found the smallest and most easily accessed tree hole you might imagine. It was a knee-high hollow trunk of a snapped tree. Not only that, Larry’s tree hole was located on the side of a large trail. That meant that he was easily and predictably spotted.

I had to wonder whether he was brave or just not that bright. Regardless, every day for 14 months, as I made my way to find the group of lemurs that I would follow, I would peek in at Larry. And every day I would see his giant eyes blinking back up at me. 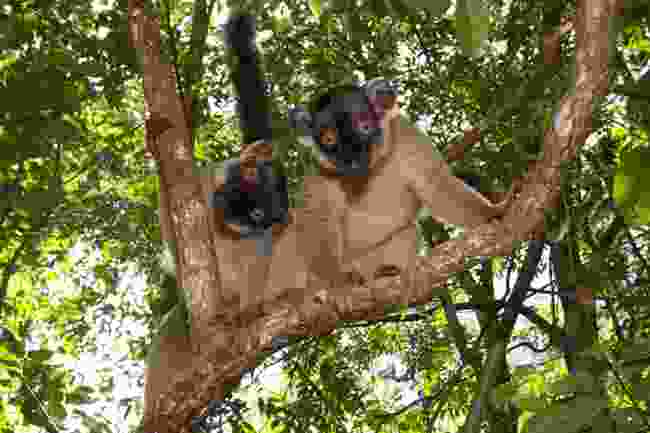 Brown lemurs are a well-studied species of lemur, found along the west-central coast of Madagascar. Unfortunately, their numbers are in decline because of habitat loss, hunting, and the pet trade.

As a visitor, arguably the best setting to see these lemurs is the Tsingy de Bemaraha National Park in south-west Madagascar. Accessed most easily from Morondava, this incredible park was Madagascar’s first UNESCO World Heritage Site and is famous worldwide for its knife-like limestone “forest.”

I had the pleasure of seeing the rufous brown lemur in the wild while I was working in remote Kasijy Special Reserve. I awoke to the sound of pig-like grunts, coming from everywhere. When I emerged from my tent to investigate, I quickly realised that the sounds weren’t coming from pigs. It was the lemurs who were grunting and snorting.

This species is highly social, and there must have been about a dozen of them surrounding my tent. And this species is curious. In fact, when I accidentally stepped on a dead branch on the ground, the sound got their attention. One lemur even cocked its head, like a dog whose name is being called. 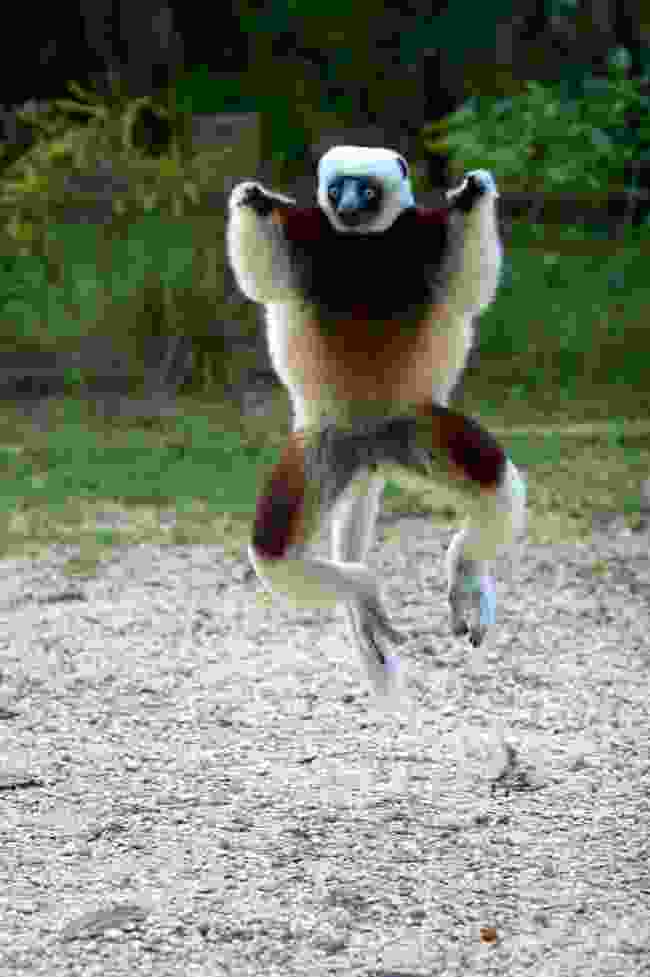 This species of lemur can be found throughout the tropical dry forests in north-western Madagascar and can be easily spotted in Ankarafantsika National Park.

I would be remiss if I didn’t include Coquerel’s sifaka (shee-fak-ahh) on this list. While doing my research in Ankarafantsika National Park, I followed this endangered lemur through the forest for 14 months straight.

This species, like many lemurs, has a special form of locomotion called vertical-clinging-and-leaping. They live in the trees, and they use their powerful hindlimbs to propel themselves from tree-trunk to tree-trunk, clearing eight-meter gaps in a single leap.

In the trees, they are incredibly graceful. When they descend to the ground, however, their specially adapted hindlimbs make things a little... awkward.

Visitors travel from around the globe, in fact, to see the 'lemur dance', which is the nickname given to the jumping shuffle that this species and others in the same family use while moving on the ground between gaps in the forest.

While most sifaka species engage in a sideways shuffle, Coquerel’s sifaka hops forward, with its arms held high in the air for balance, like some kind of kung-fu Easter bunny. 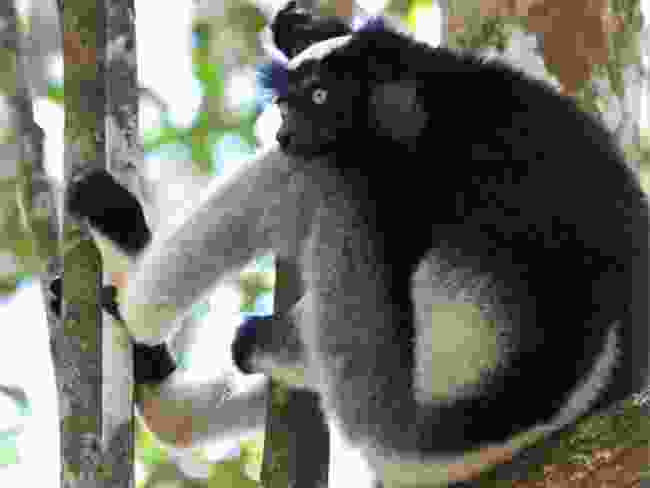 Let’s end with my all-time favourite lemur sighting: the critically endangered indri in Andasibe-Mantadia National Park. Andasibe-Mantadia is a popular place to visit because it is a short three-hour drive from Madagascar’s capital city, Antananarivo.

Tourists from around the world flock to this park with one purpose in mind: to see Madagascar’s largest living lemur. As you might imagine, its popularity can mean that Andasibe-Mantadia is sometimes busy, and in fact the trails are nicknamed “lemur highways.”

Here's a hot tip: Ask your guide to take you to the farthest group of lemurs. By hiking farther than the other tourists, chances are you will have the group all to yourselves. Find a comfortable place to sit, pull out your binoculars, and wait. Wait for the indri’s song. It wasn’t until I heard the indri’s song that I understood why the early Portuguese explorers called these primates 'lemurs'.

The name 'lemur' stems from a word meaning 'spirits of the dead'. The call of the indri is beautiful but haunting. It starts softly and grows louder in a series of undulating, high-pitched phrases. The call is used for group spacing, carrying up to four kilometres through the forest. In Andasibe-Mantadia, I was thrilled to hear the indri’s song in full stereo. 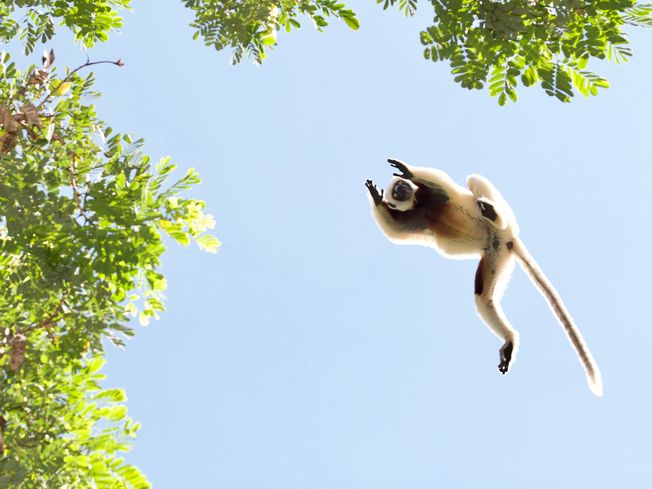 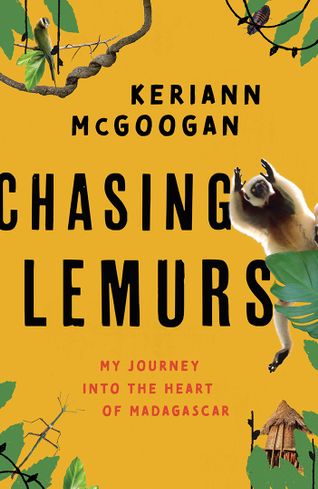 Keriann McGoogan has a doctorate in biological anthropology and a master's in primatology. For 19 months, she lived and worked in Madagascar, spending 12-hour days following groups of lemurs through the north-western dry forests.

McGoogan volunteers as a board member for Planet Madagascar, a nonprofit that aims to conserve Madagascar's unique biodiversity while also helping the local Malagasy people. Her memoir, Chasing Lemurs: My Journey into the Heart of Madagascar (Prometheus Books) is available now.

P.S. Love lemurs? Curious about Madagascar? Then you'll want to subscribe for the next issue of Wanderlust

9 of the best things to do in Madagascar

The best places to find leopards in Africa

Where to see elephants around the world