From Kenya and Zambia to Botswana and South Africa, big cat experts Jonathan and Angela Scott reveal the best African safari spots for a view of the majestic leopard...

Seeing a leopard on safari is a truly special experience, and there are several excellent spots in northern and southern Africa that will give you a good chance of a sighting.

But first things first: leopards can be shy and even when they are not, it is always good to remain quiet around big cats. When you go on safari, keep the chatter and sudden movements to a minimum.

You will enjoy watching these amazing creatures far more if you give them space and behave in a considerate manner. They deserve our respect and consideration and when there are cubs it is all the more important to try not frighten them.

Now, here are the 6 best places to see leopards in Africa... When I [Jonathan] first came to live in the Masai Mara in 1977 I saw just two leopards in my first year. That's how difficult it was to find a leopard in those days, let alone photograph one.

People estimated that up to 50,000 leopards were being killed each year in Africa to satisfy the demand for fur skin coats. In fact it took me 6 years to complete my first book on leopards, The Leopard's Tale, in 1985.

There are a number of female leopards that are regularly seen by safari guides in the northern Mara where we are based. When females have cubs there is a greater chance of seeing them as they are more active in the day time when they have young to feed. 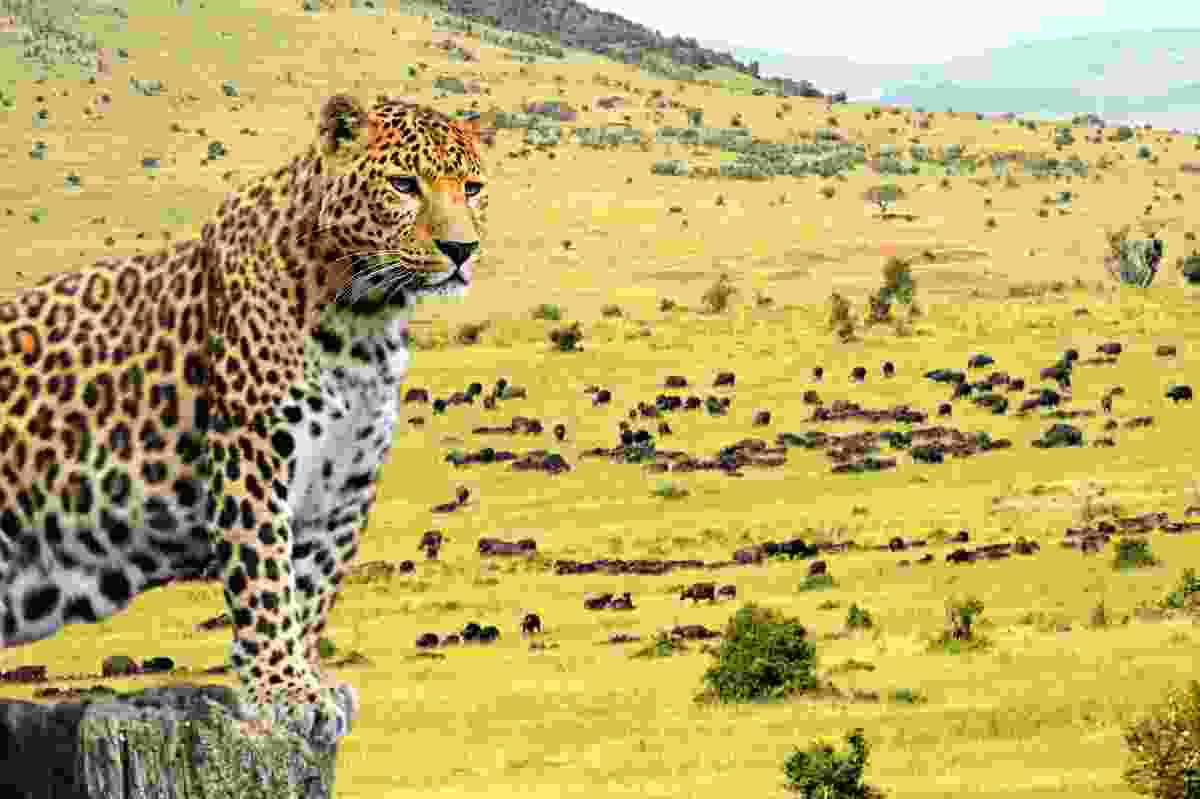 We follow a number of leopards from our base at Governor's Camp including Bahati (daughter of Olive and granddaughter of Bella of Big Cat Diary fame). There's also the Olare female - and Fig who lives in the Olare-Motorogi Conservancy bordering the Reserve. The beauty of the Mara is that it is very open in places providing good access to big cat "hot spots".

And due to the number of visitors the cats are very habituated to vehicles. But we always remind visitors to be respectful when approaching big cats - particularly if they have young cubs with them or are hunting. No picture is worth endangering your subject. 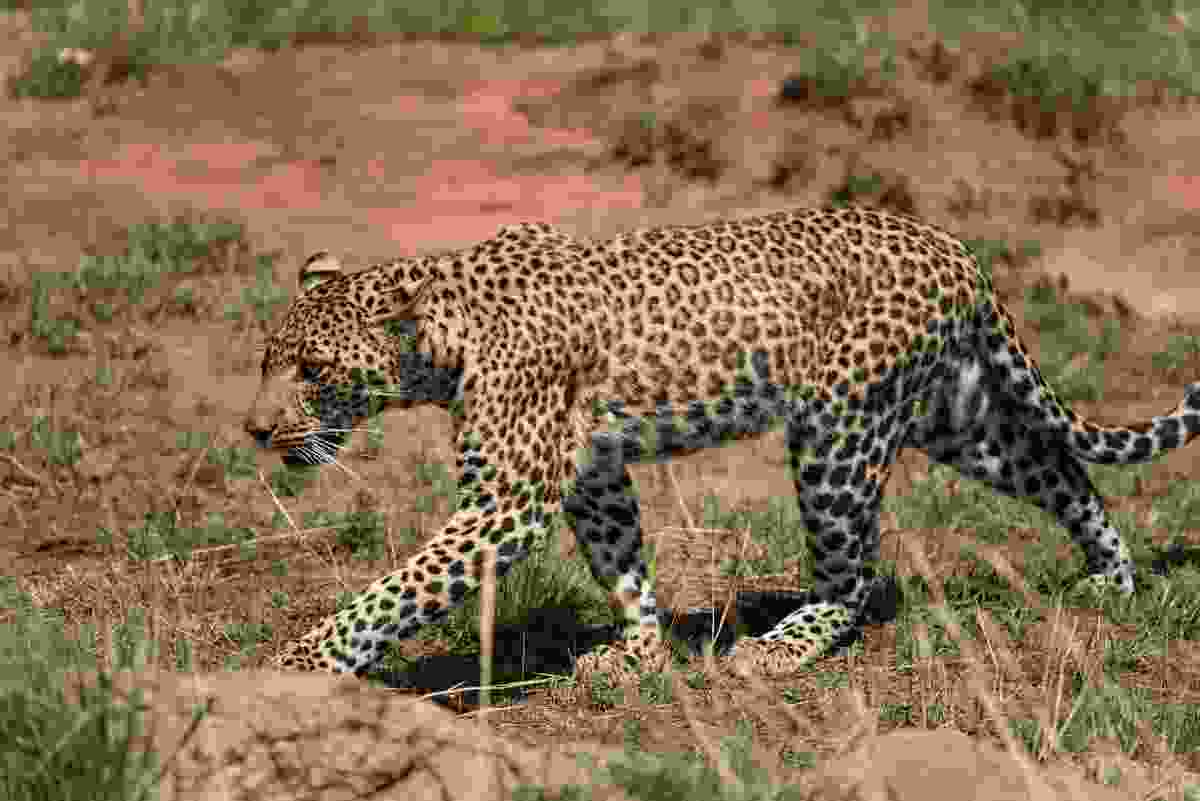 The Mara-Serengeti ecosystem is unrivalled as the best big cat location in Africa. The Seronera Valley in the centre of the Serengeti National Park, spotted with yellow-barked acacia trees and sausage trees, is a hot spot for leopard viewing.

If you're lucky, you might even catch a glimpse of a leopard around the rocky outcrops known as kopjes that loom out of the savanna like ancient castles in a sea of grass.

The Lobo area in the northern Serengeti, with its many rock outcrops and expansive woodlands, is another good place to search for leopards. Mwiba in the south bordering the park is also excellent leopard country.

Essentially, wherever there are thorn bushes and tree-lined intermittent watercourses, there is always a chance of glimpsing one of these beautiful cats. The Four Seasons Hotel Group also have a beautiful lodge in the Seronera area. 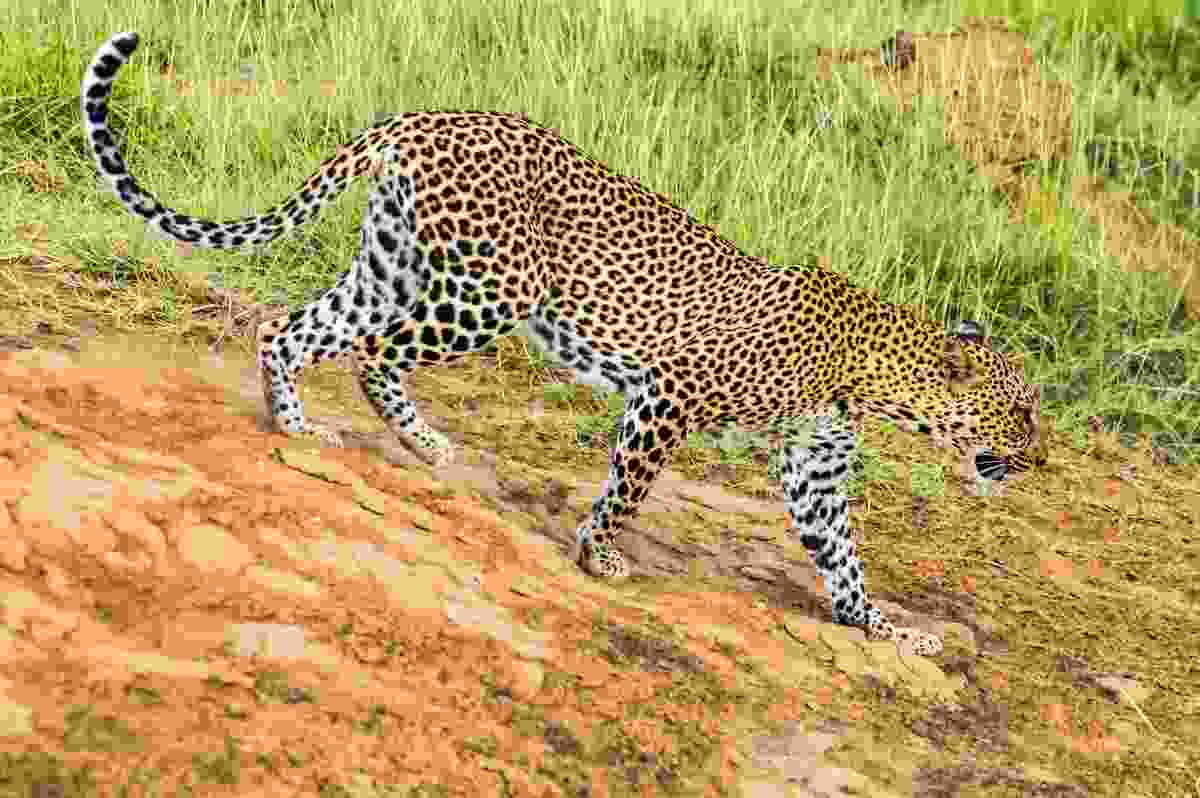 The Samburu National Park and Buffalo Springs National Reserve is a very different landscape to the Masai Mara.

It is much dryer and starkly beautiful with rocky outcrops, clumps of thorn bush and the palm fringed banks of the Uaso Nyiro River, where leopards love to quench their thirst.

Leopards here are used to vehicles and the setting makes for incredibly stunning images when you do find a spotted cat. 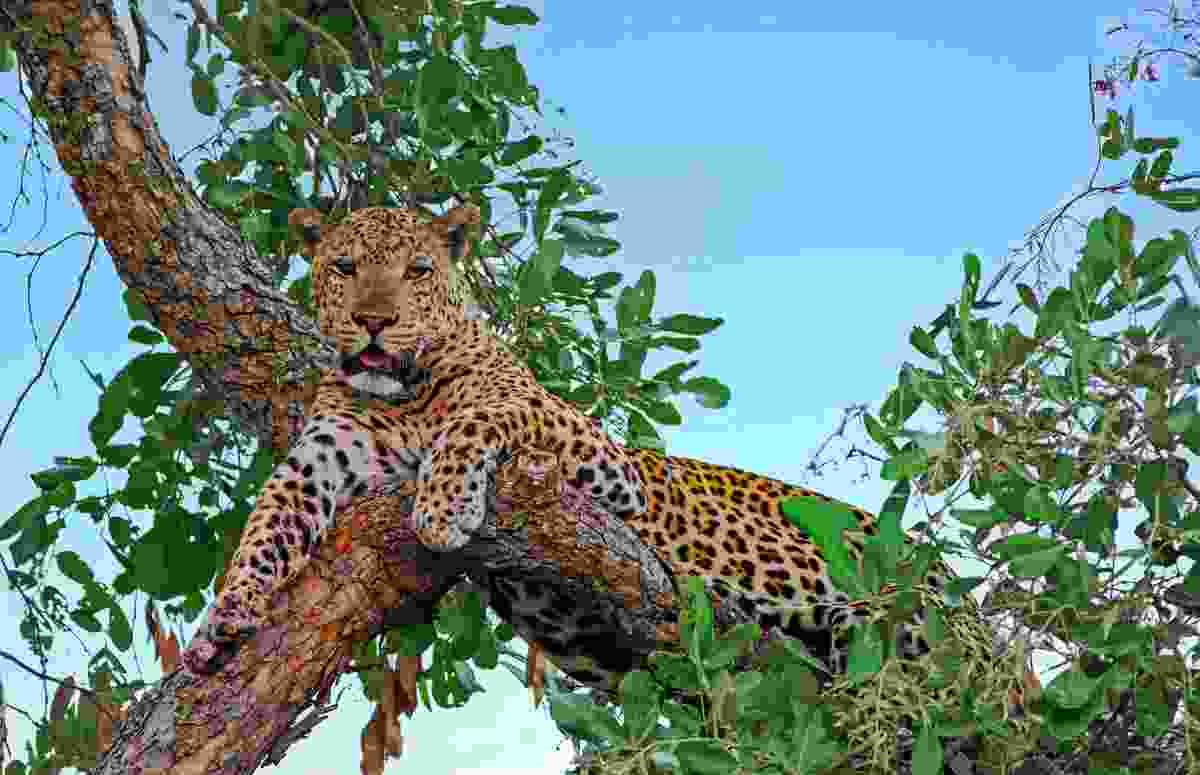 The South Luangwa National Park is a beautiful park dotted with groves of giant ebony trees, luxuriant sausage trees and acacias. This is one of the best places in southern Africa to see leopards.

Night game drives are a speciality here and the chances of seeing leopards at night are very high, almost guaranteed. Most of the leopards in the more popular tourist destinations in the Valley (as SLNP is fondly referred to) are used to vehicles.

One of our favourite lodges in South Luangwa is Mfuwe Lodge run by the Bushcamp Company. 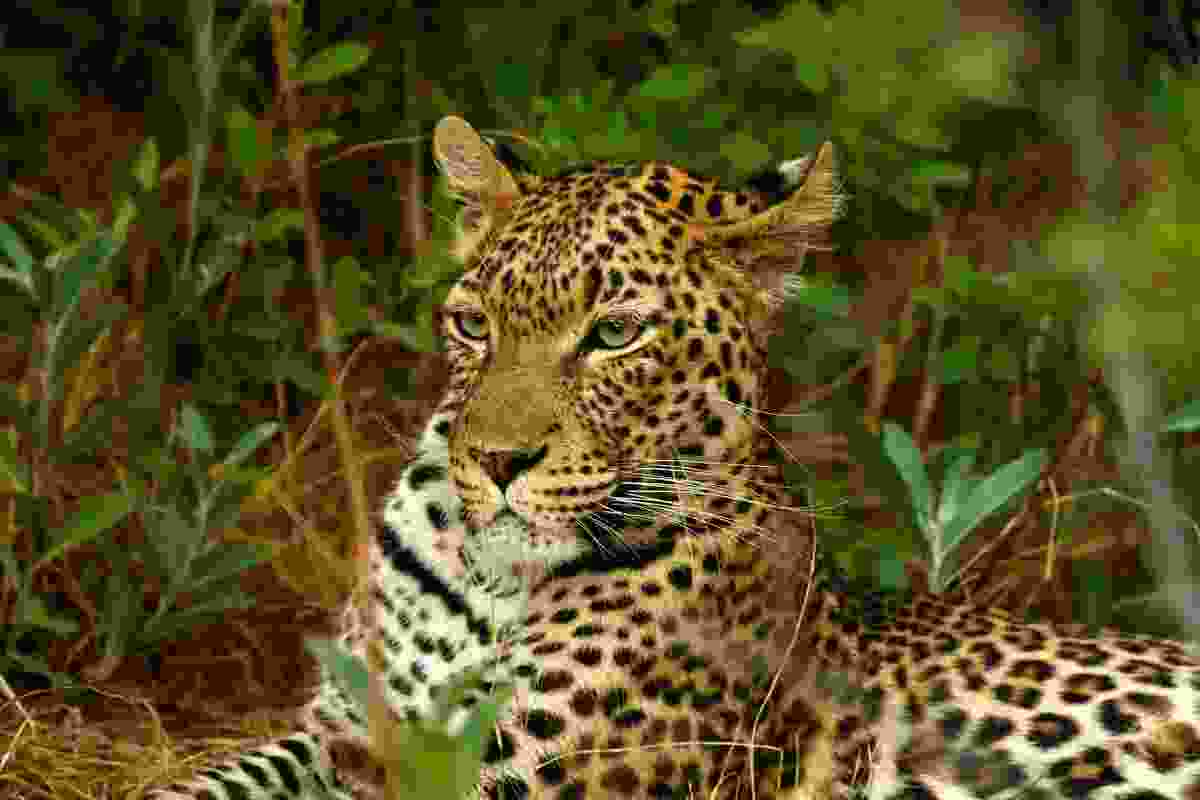 Time for my close up - a stunning snap of a leopard at Moremi Game Reserve, Botswana (Dreamstime)

The Moremi Game Reserve is another excellent area for watching leopards, but with a price tag to match. Mombo is one of Wilderness Safaris top camps.

Game viewing for big cats is first class in the Moremi Game Reserve, and the standard of guiding at Mombo rivals the game viewing experience. 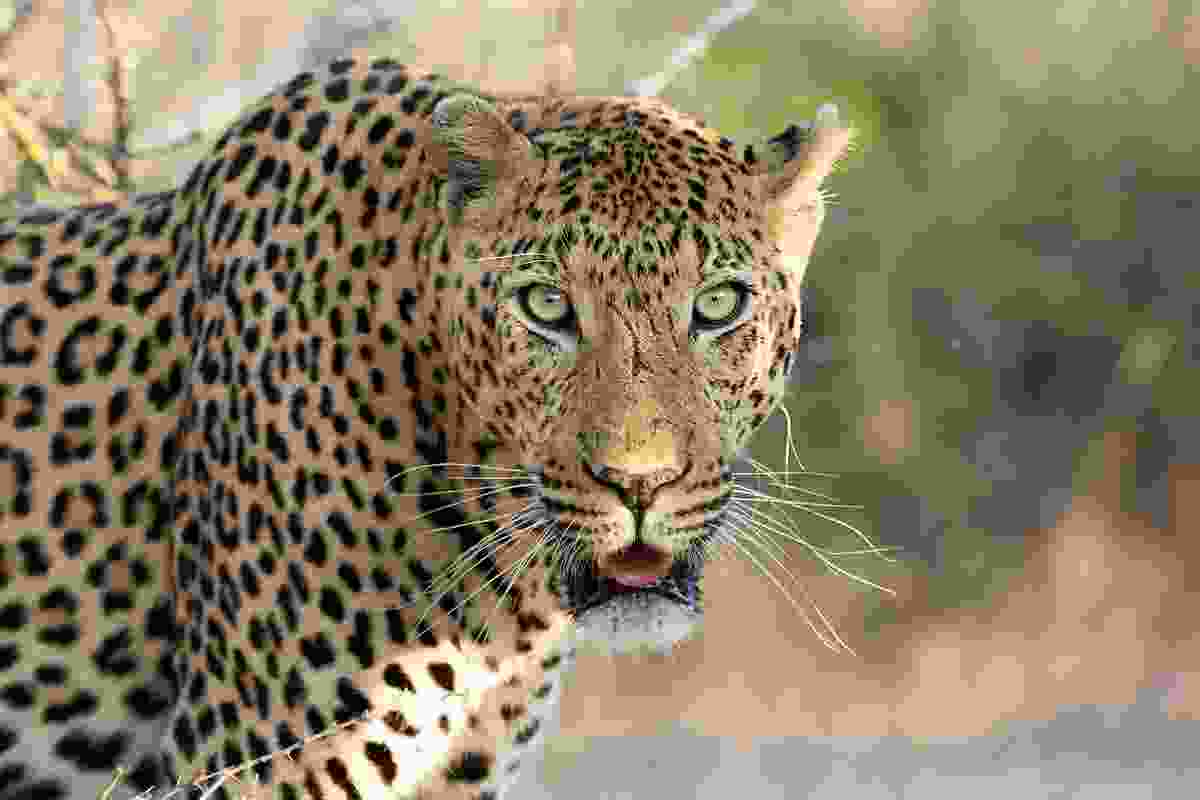 Londolozi was one of the first game sanctuaries offering a top flight leopard viewing experience back in the 1980s. There are a number of camps at Londolozi all of a very high standard, as is the guiding.

If you love leopards, this is the place to visit at least once in a lifetime.