From the heights of Dartmoor to the chalky North Wessex Downs, these picturesque routes – taken from Jack Thurston's new cycling guide – reveal the South West's breathtaking landscapes and lost lanes 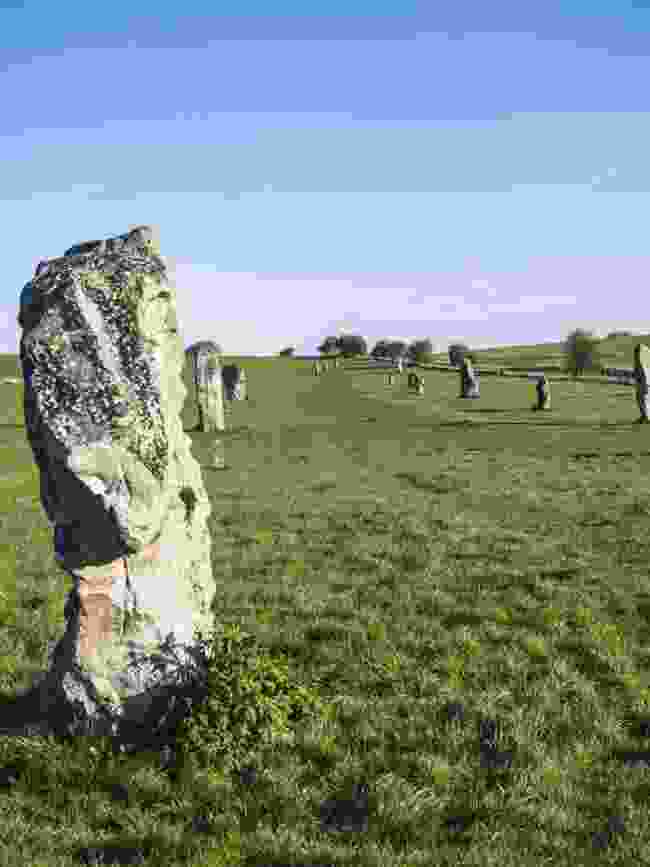 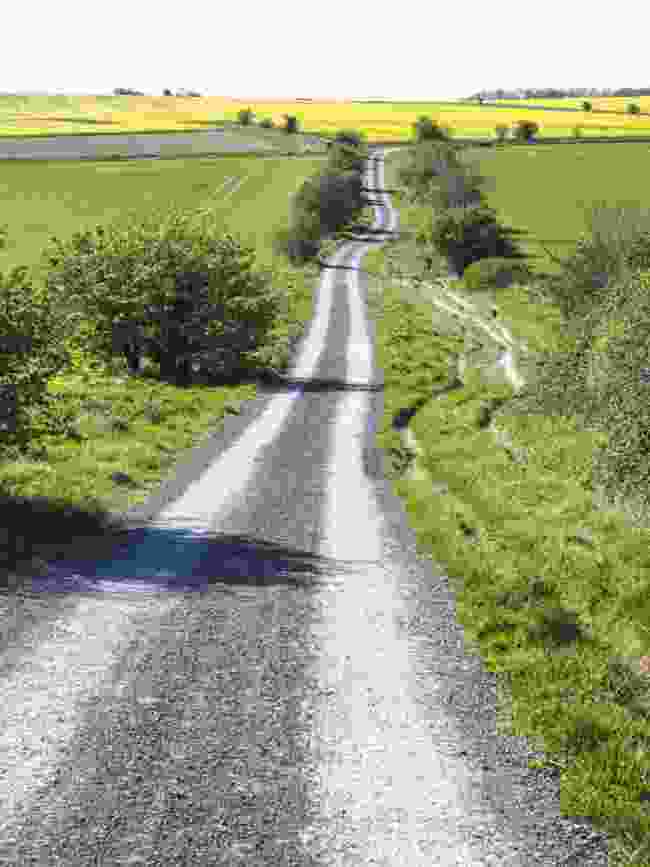 Immerse yourself in the historic charms of Wiltshire on a countryside tour through the North Wessex Downs Area of Outstanding Natural Beauty.

This route starts in the town of Pewsey at the base of the Alfred the Great statue, which marks the land that he protected from the Vikings over a thousand years ago. The trail then runs west towards Woodborough, before taking a shallow climb along a country lane that is believed to be one of the oldest roads in the British Isles.

A steady ascent rewards cyclists with views of Wiltshire’s famous chalk horses and crop circles – one has even been featured on a Led Zeppelin album cover. Another of the eight white horses can be spotted while crossing the fields towards Yatesbury and Cherill, with only a short climb standing in the way of being at the westernmost point of the chalk downs that stretch along the south coast, to the White Cliffs of Dover.

A series of 29 canal locks are crossed on the return journey, which takes boats five hours to navigate – yet only a matter of minutes for cyclists. The stretch along the canal offers a picturesque stop-off, before a gentle run along country lanes to Pewsey.

2: A seaside escape from Bristol 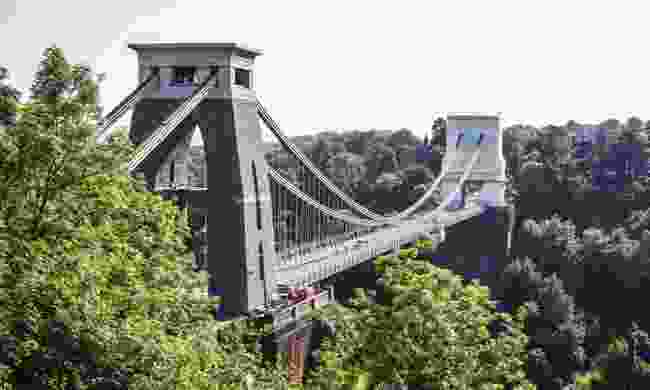 Leave the art galleries and hipster vibes of Bristol behind, with a short crossing over the famous Clifton Suspension Bridge. Take the cycle path that runs parallel to the bridge’s main road (A369), then veer left towards Abbots Leigh Manor to explore the oak woodland and pretty lily pond.

The narrow lanes that follow towards Portbury are a stark contrast to the busy motorway (M5) that runs within a few hundred yards of the village and extends overhead towards the wildlife-rich Gordano Valley. A final stop is made in the coastal town of Clevedon, whose pier offers beautiful views of the Bristol Channel.

The return journey to Bristol passes through Ashton Court estate, where landscaped gardens and a deer park offer a final breath of fresh country air before re-entering the city. 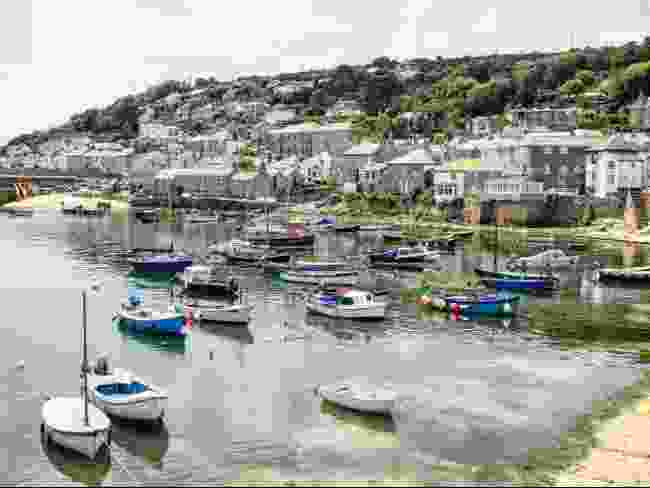 Starting in Penzance harbour, this cycle trail follows the Cornish coastline westwards – encompassing dramatic landscapes of the moorland and clifftop settlements, with breathtaking sea views along the way.

The first few miles of the route pass through Newlyn fishing port, a popular spot for artists – many of which have exhibited works in the nearby art gallery. The route continues west towards the well-preserved Iron Age site Carn Euny, where a 10m-long underground passage and fogou (the Cornish word for cave) are dimly lit by bio-luminescent moss – a magical sight.

With Land’s End just a few miles away, there is the option of a detour from this ancient settlement – otherwise the road bounds north towards old mining tracks and sea-worn coastal ruins.

The ever-changing coastal and countryside views make the route from Pendeen to St Ives pass in the blink of an eye. The final section traces the Red River, revealing the island of St Michael’s Mount, before circling back to Penzance.

4: Violets and viaducts of Dartmoor, Devon 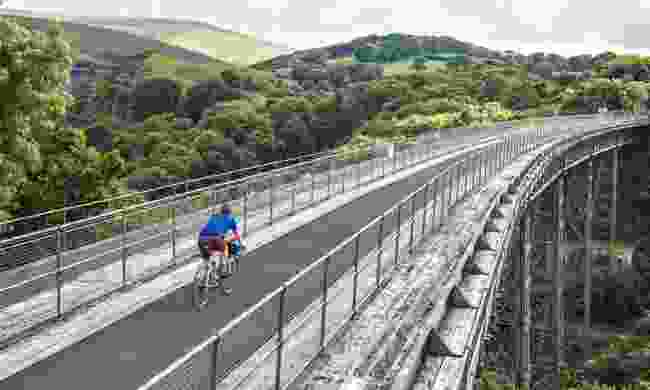 The Granite Way once existed as a rail commuter corridor that connected mid and south Devon, but has since been transformed into a cycle-friendly trail that encompasses the glorious scenery of Dartmoor National Park, without the strenuous hill climbs found on the moorland’s cross-country routes.

This trail traces the north edges of Dartmoor, with a vertigo-inducing viaduct and rippling waters of Meldon reservoir, where kayakers can be spotted paddling in the shadow of Yes Tor and High Willhays – the two highest points in England south of the Peak District.

Pedalling south, cyclists veer off the smooth tracks of the Granite Way and take a steady climb to the volcanic rocks of Brent Tor. An 800-year-old church built from the same volcanic rock can be found on a nearby hillside, and is well worth a visit for its panoramic views.

Be sure to stop off at The Highwayman Inn for an ale on the return journey. It's located a short cycle south from Sourton, with an extravagant exterior that's impossible to miss. 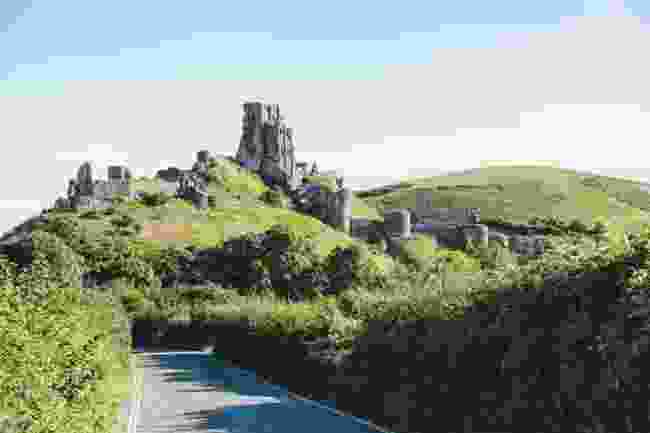 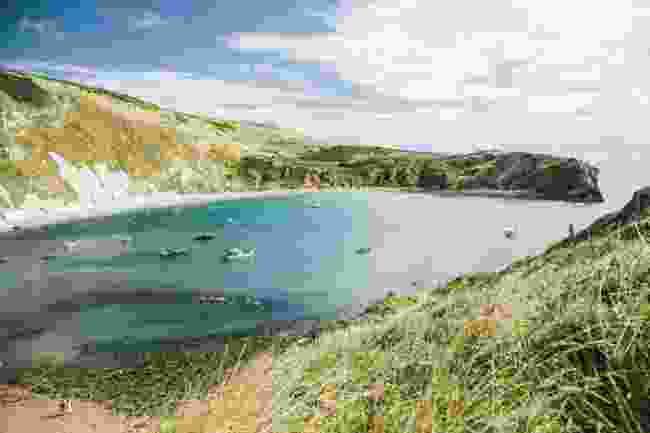 The trail starts in Wareham and encompasses the area's strong historical ties (including a crossing over the medieval Sharford Bridge that dates back to 1575), before weaving along pretty lanes to Corfe Castle – which was built by William the Conqueror.

The route continues to Steeple and on to Lulworth firing range, with fantastic sea views. The range is actively used by the armed forces, so it is worth checking the Ministry of Defence website for firing dates before heading out.

Military ties continue in the empty village of Tyneham, where residents were evacuated in 1943 and never returned. It's well worth a visit when the road is open to the public. Alternatively, take a detour to the sandy beach of Worbarrow Bay.

Back on the trail, the road opens up with a thrilling descent to Lulworth Bay’s horseshoe cove and the famous sea arch at Durdle Door. Then it's on to the village of Moreton, where rippling waters of the River Frome offer a quiet spot for wild swimming.

The last stretch avoids the high-speed roads around Bovington Camp, and tours the country lanes back to Wareham. 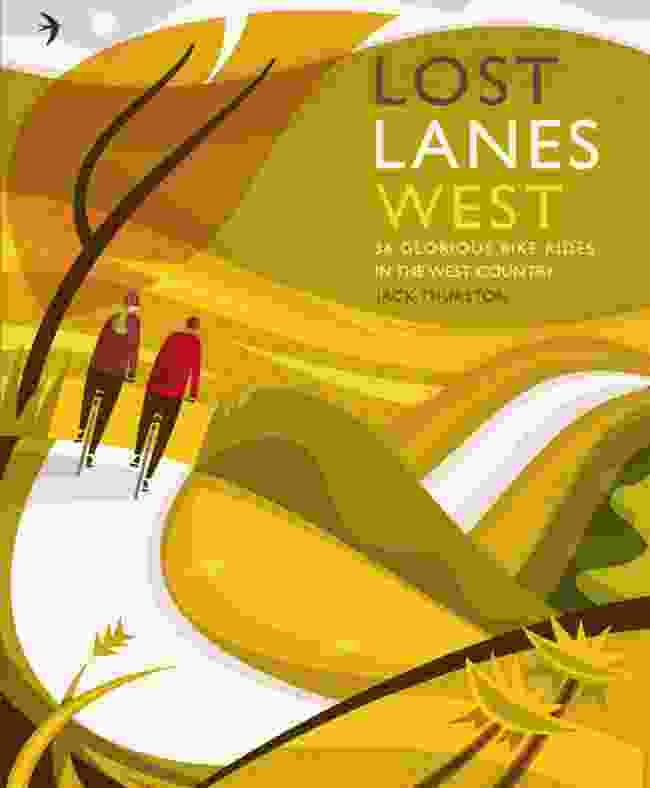 Lost Lanes West explores the dramatic scenery and beautiful landscapes on cycling routes across South West England. The author Jack Thurston has spent most of his life exploring the British countryside by bike, and has documented his favourite routes in the Lost Lanes series.