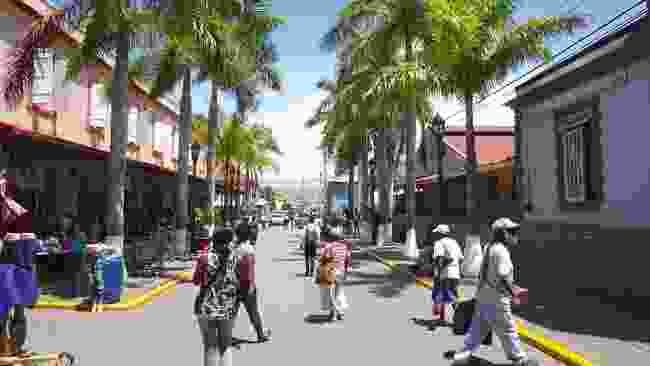 Fans of Georgian architecture will find much to admire in Jamaica's Falmouth, which was founded in 1790 on the north coast of this charismatic island, and Spanish Town, the island capital from 1534 to 1872. Several Great Houses have survived with Rose Hall in Montego Bay the best known, while Seville Heritage Park, near Ocho Rios, includes artefacts from the island’s original inhabitants, the Taíno. Don’t miss the lofty Blue Mountains where the Heritage Gardens at Cold Spring reveal how this celebrated coffee was farmed here in the mid-18th century. 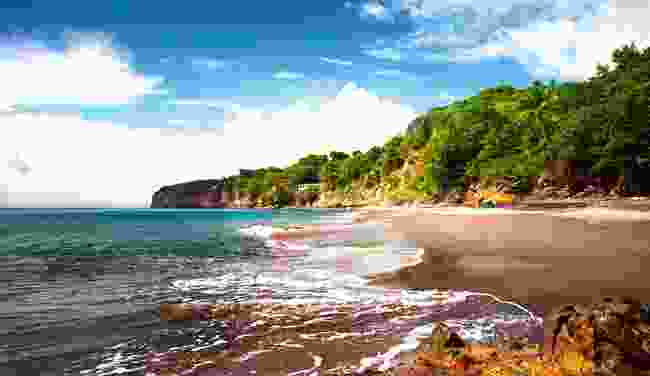 Just over 40km south-west of Antigua, Montserrat is a British Overseas Territory where the abiding mood is Irish. Settlers from the Emerald Isle arrived in the 1630s and even now St Patrick’s Day is a national holiday and visitors get a shamrock stamp in their passport. In 1995, eruptions of Soufrière Hills volcano left two-thirds of the island off-limits and the former capital, Plymouth is now dubbed the ‘Pompeii of the Caribbean’. This can be visited on (condition-dependent) tours while the Montserrat Volcano Observatory recounts this explosive story 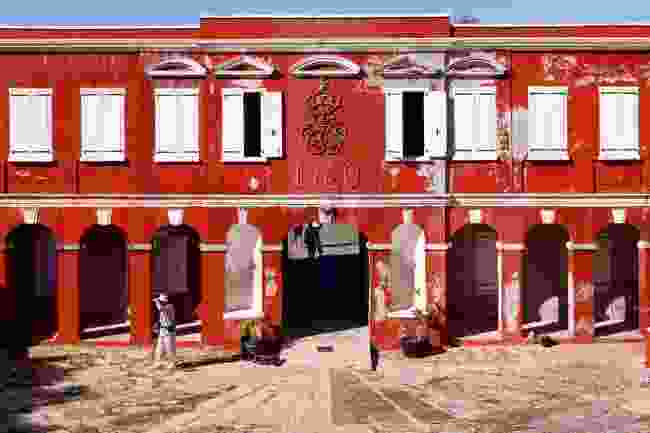 Comprising three islands, the USVI was a Danish colony from 1754 to 1917. St Thomas has reminders of this in street names such as Kronprindsens Gade and in the cemetery at Hospital Ground where illustrious Danes lie buried. St Thomas Historical Trust offers tours of downtown and Hassel Island, where there are many military and industrial ruins. On St Croix, the largest island, Christiansted National Historic Site is centred on an 18th century Danish-built fort while a self-drive heritage trail takes in the island’s churches, museums and former sugar plantations. 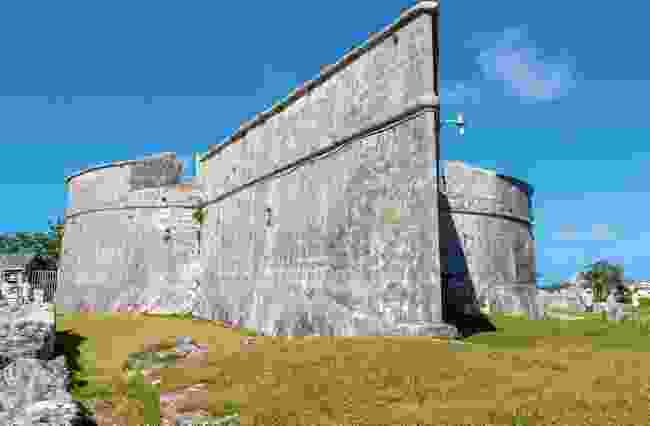 Defences in the Bahamas (Shutterstock)

The Bahamas has become a byword for a paradise but, in the past, threats from pirates and hostile nations meant it required robust defences. On the gateway island of New Providence, Forts Charlotte, Montagu and Fincastle can all be visited; the last, built in 1793, is shaped with a prow and wheel like a paddle steamer. Other heritage sites are linked to an influx in the 1780s of Loyalists who remained faithful to the British Crown during the American Revolution. Remote Crooked Island was once home to 40 plantations with 1,200 slaves, including fortified, and now overgrown, Hope Great House. 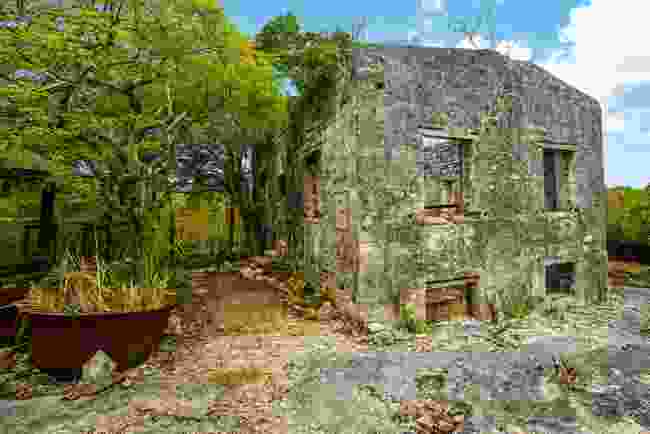 Life revolves around the sea in this scattering of 40 low-lying islands, south of The Bahamas. On Grand Turk, the Turks and Caicos National Museum displays finds from the wreck of a Spanish caravel that sank off Molasses Reef around 1513, including weapons, kitchenware and tools. Divers can swim over the anchor and chains of HMS Endymion, a British warship that went down near Salt Cay in 1790. On North Caicos, Wade’s Green Plantation is this British Overseas Territory’s chief heritage attraction, established by Loyalists in 1789 to grow cotton and now a poignant ensemble of ruins. 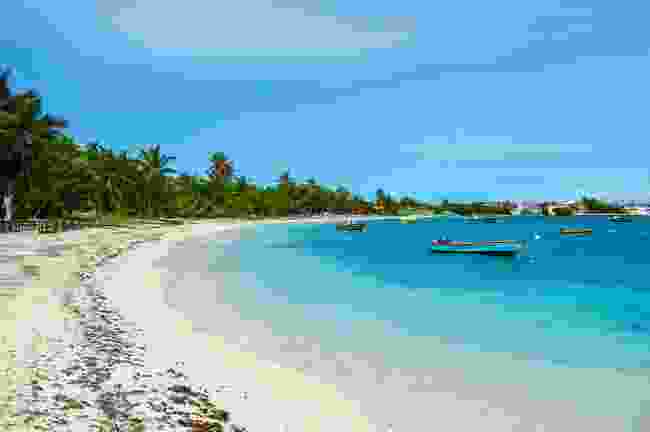 A British Overseas Territory just 26km long, Anguilla is best known for its glorious beaches. English settlers arrived as early as 1650 and the island’s story is told at the Heritage Collection Museum in East End, which covers everything from schoolboy punishments to the bizarre ‘Bay of Piglets’ revolution of 1969 that London bobbies were sent to quell. The Anguilla Heritage Trail picks out points of interest including Wallblake House, a plantation house from 1787, and Katouche Bay, where the fossilised remains of Amblyrhiza inundata – a two-metre long rat that dwelled here 125,000 years ago – were found in a cave. 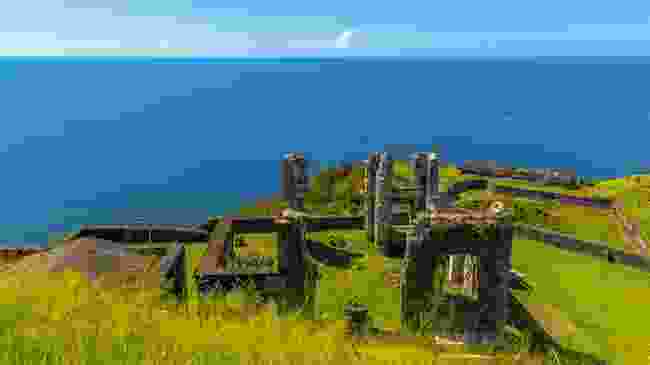 Settled by the English and French in the 1620s, St Kitts is considered a ‘mother colony’ of the Caribbean. Brimstone Hill Fortress, set in a national park, was once home to over 1,000 British soldiers and their families and has extensive fortifications and a museum. The restored ruins of a sugar factory and rum distillery can be seen at Wingfield Estate while the St Kitts Scenic Railway offers a delightful two-hour trip around the north of the island on a narrow-gauge track originally built to carry sugar cane. On Nevis, the main draw is plantation-style hotels such as The Hermitage and Montpelier Plantation. 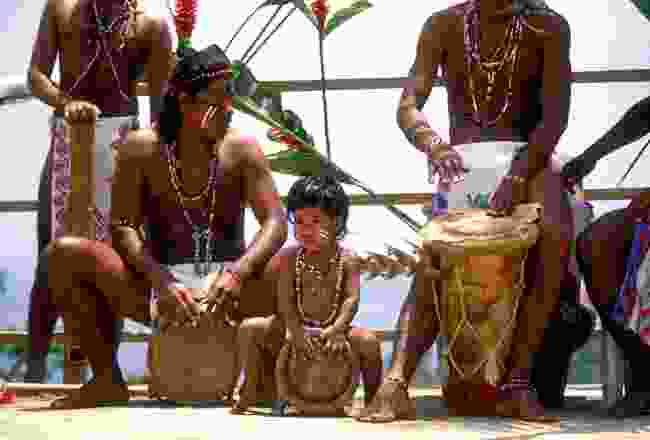 Wild mountains, superb walking trails and no commercialism or crowds are the chief attractions of this ‘Nature Island’. Britain and France fought over Dominica for centuries and the Cabrits National Park has an impressively restored 18th century military garrison, Fort Shirley. On the east coast, Kalinago Territory is a 15,000 hectare reserve established in 1903 for the last indigenous people of the Caribbean. Historically described as Caribs, but today known as Kalinago, they are of Amerindian ancestry and a visitor centre at Kalinago Barana Autê has exhibits and activities devoted to their culture. 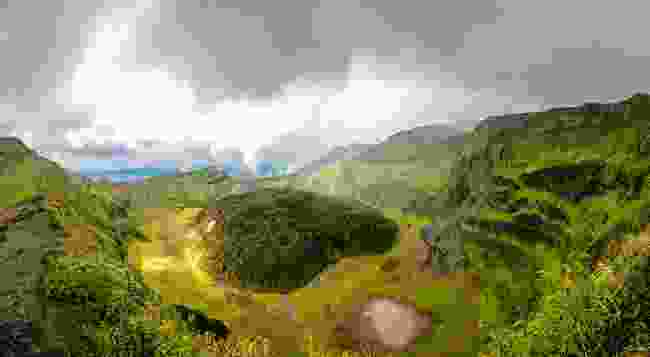 St Vincent is a mighty, piratical island dominated by the La Soufrière volcano, which erupted in April 2021, causing havoc in the island’s north. Kingstown, the capital, at the southern end, has a raffish charm with narrow streets, faded colonial buildings and a lively produce market. Fort Charlotte, built in 1806, enjoys a commanding position overlooking the harbour while St Vincent Botanic Gardens, established in 1765, nurtured breadfruit plants brought from Tahiti by Captain Bligh. Accessible by boat, Fort Duvernette is dramatically perched on a rock beside Young Island and was built by the British in the early 1790s. 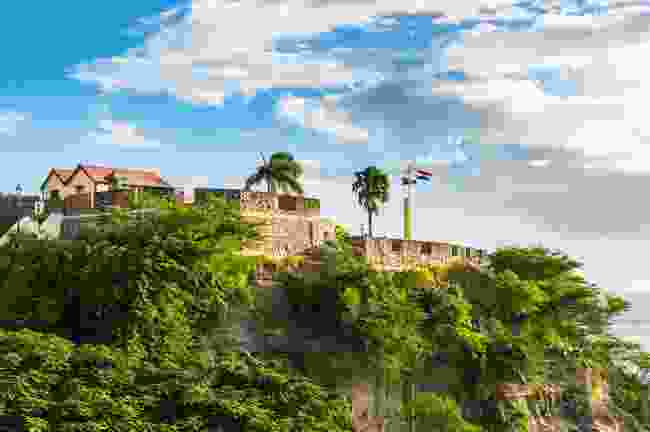 Also known as Statia, St Eustatius is a small, Dutch volcanic island near St Kitts, reached by flying from St Maarten. In the 18th century it was a booming trading port for slaves and goods; the shore of Oranje Bay is lined with ruins of submerged warehouses that you can snorkel around. Oranjestad, the only town, is billed as a ‘historic gem’ and includes well-preserved Fort Oranje, the restored shell of a synagogue and a museum set in a merchant’s house. Divers can explore the pristine waters of St Eustatius National Marine Park to look for rare blue beads, once used for trading, which you are allowed to take home. 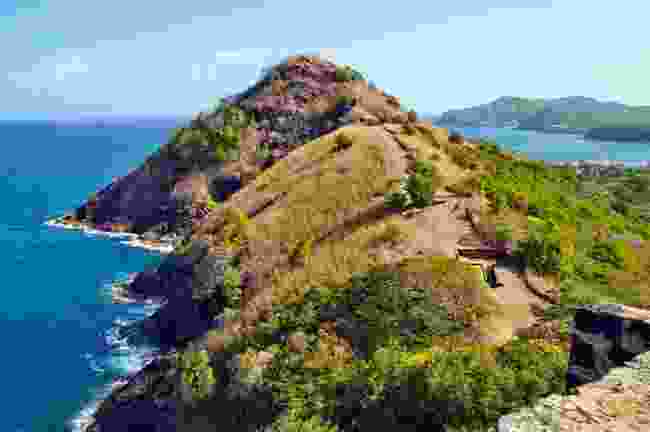 Pigeon Island National Landmark, at the north tip of this rugged isle, is the main window on St Lucia’s past. Now popular for picnics and festivals, it was once a fortified island squabbled over by French and British forces – explore the ruins of Fort Rodney and climb to Signal Peak lookout. Close to the capital, Castries, hilltop Morne Fortune Historic Area has more military buildings and a memorial to the Royal Inniskilling Fusiliers who captured the position in 1796. In the south, Balenbouche Estate is a family-run former sugar plantation established in the 1740s that offers tours and cottages. Tobago’s greatest heritage is green and leafy – the Main Ridge Forest Reserve. This was declared a protected area as early as 1776 and a good way to discover its secrets is on the two-hour Gilpin Trace Trail. The island was the subject of an epic tussle with the French, changing hands 31 times before coming under British rule in 1814. Close to the island’s capital, Scarborough, Fort King George is the most substantial legacy of this, with an officers’ mess, powder magazine and cannon. Here, the Tobago Historical Museum relates the island’s history from Amerindian times.