Berlin is one of the world’s hippest, most vibrant cities. Adelina Storkaas asks 3 of the German capital’s top tour guides - Markus Müller-Tenckhoff, Sascha Möllering and Henrik Tidefjärd - to reveal it's hidden gems, from the best bars and clubs to active ways to explore 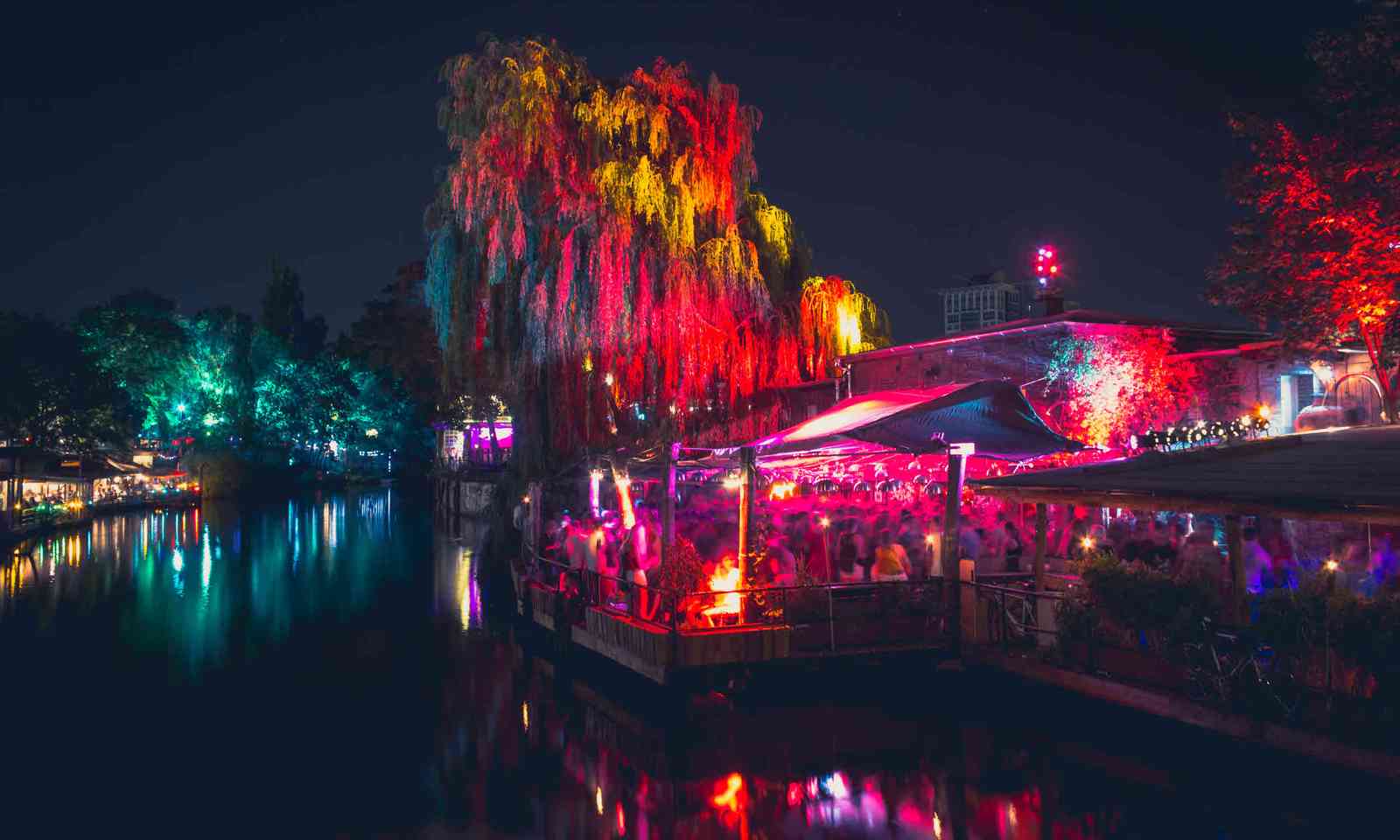 Sascha: Magdalena is one of most impressive clubs in Berlin with its outdoor area and river view that’s very popular for Sunday after hours. It features an eclectic mix of electronic music with the occasional foray into dancehall and reggae.

Henrik: The club Ipse is a wild space of containers, wooden walls and bar stalls. It has a large balcony, and in summer you can dance under the trees outside or sip on a beer by the riverside and watch the sunrise to electronic beats with big record labels and local DJs.

Markus: The KitKatClub has a bizarre carnival and five star hospitality. It’s best to go on Sundays from 4am to 12pm or for the after-hours parties. Just be friendly and fancy, and that should help open the door. 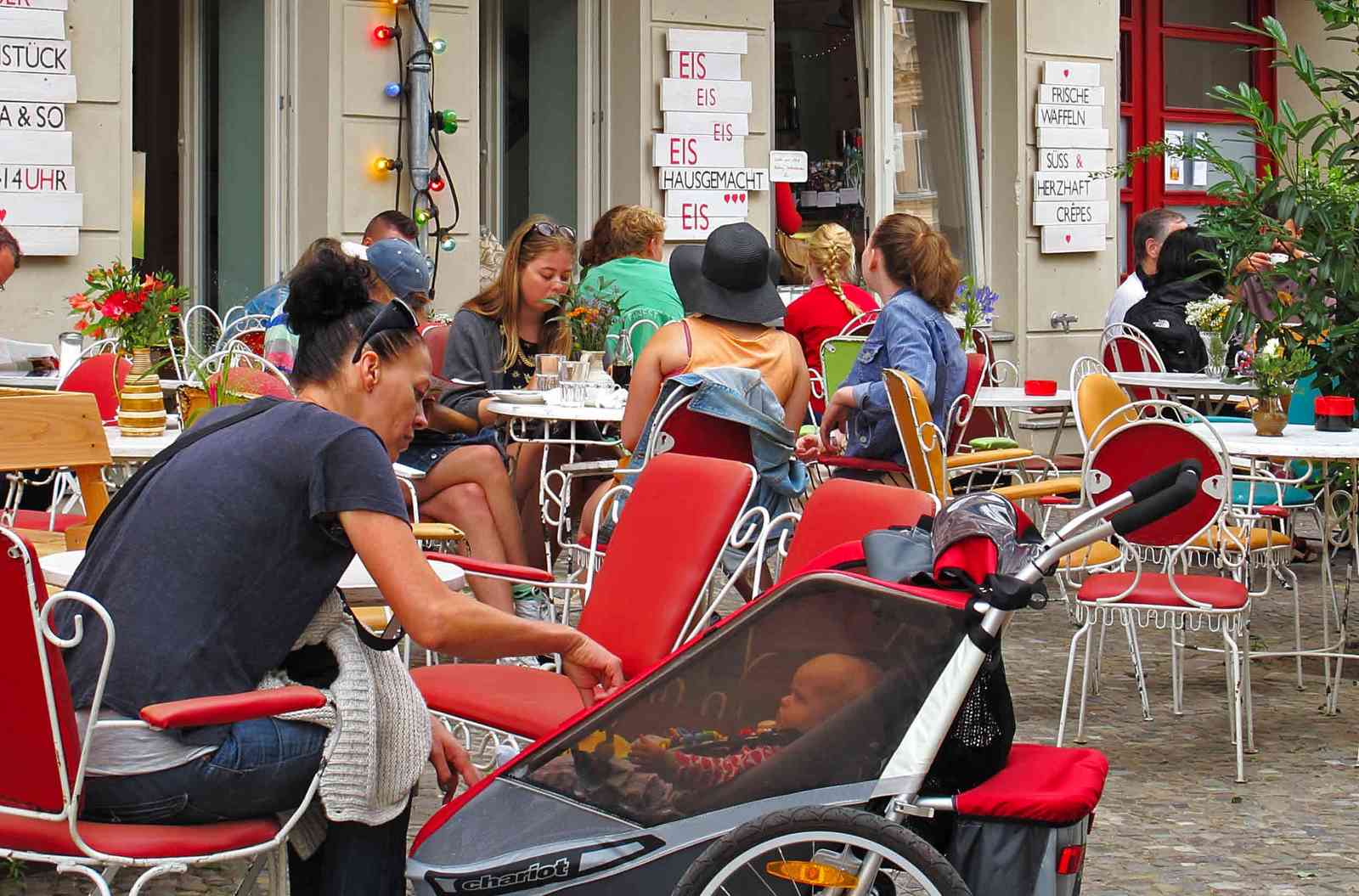 Sascha: I recommend The Street food Auf Achse that takes place on Sundays in an old brewery complex, and Patisserie Jubel, an old butcher's shop in Prenzlauer Berg where Kai and Lucie prepare the most amazing little delicacies; to say that I would kill for one their tarts is only a slight exaggeration.

Markus: The restaurant Pauly Saal is located in an area of good galleries and bars. It is in a Bauhaus building of the former school ‘Jüdische Mädchenschule’.

Henrik: My favourite hotspot this year is the ultra stylish dining place Cecconis at Soho House Berlin. During the week, they have a great lunch menu, brunch on weekends and fine dining every evening. Don´t be surprised if you end up sitting next to a top model, Hollywood actor or a famous rockstar.

Active ways to explore the city 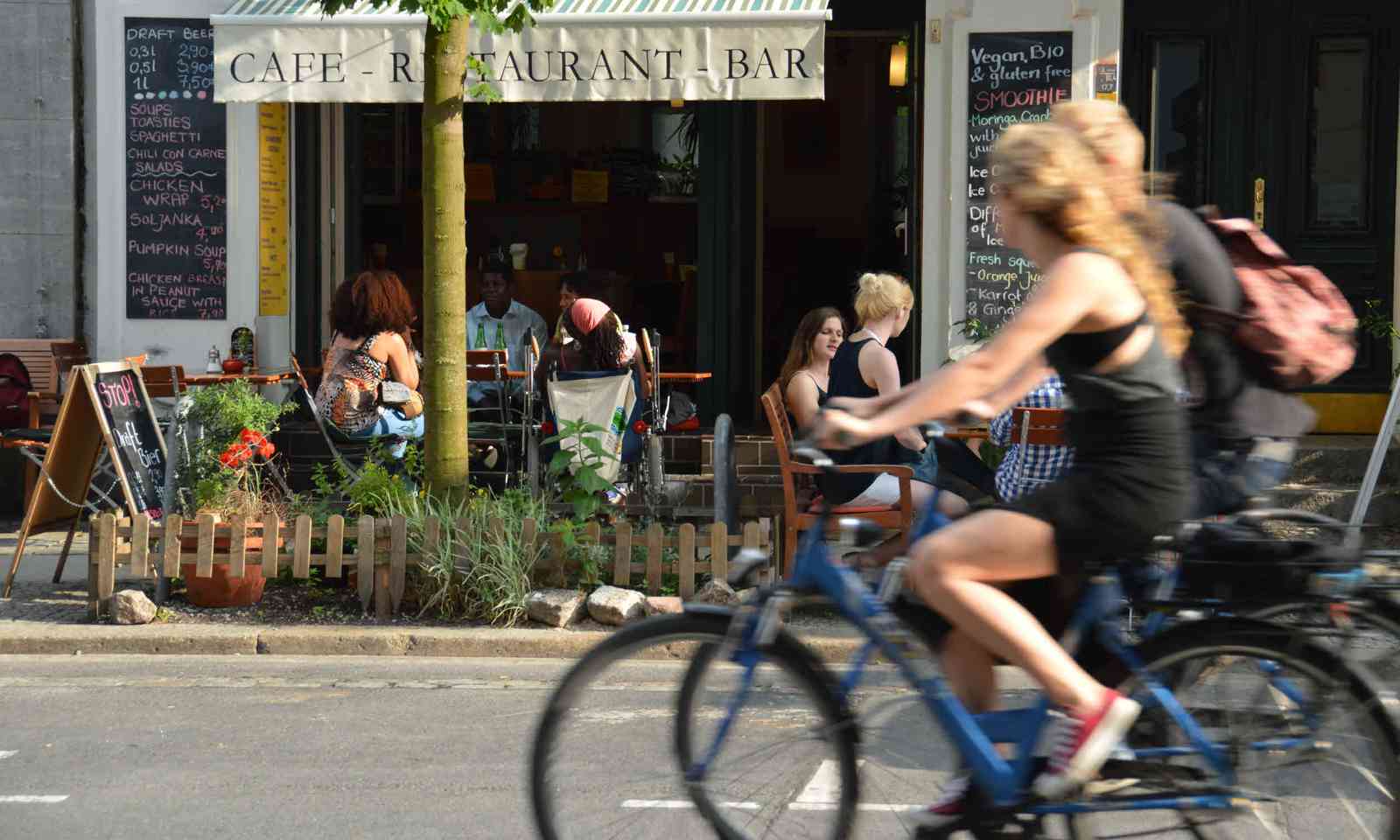 Markus: Get an easy overview by using the hop on/hop off bus tour, City Circle. It takes 2.5 hours and a ticket is valid for 24 hours.

Sascha: The bike, of course. Berlin is more or less completely flat. We have broad streets, less cars than most cities, and you get almost everywhere in the inner city in 30 minutes or less. You could also rent a kayak.

Henrik: Ibiza or Bali is closer than you believe. Berliners love sun bathing, swimming, wild pool parties or relaxing in spa temple, so don’t miss Vabali or Haubentaucher in summer. 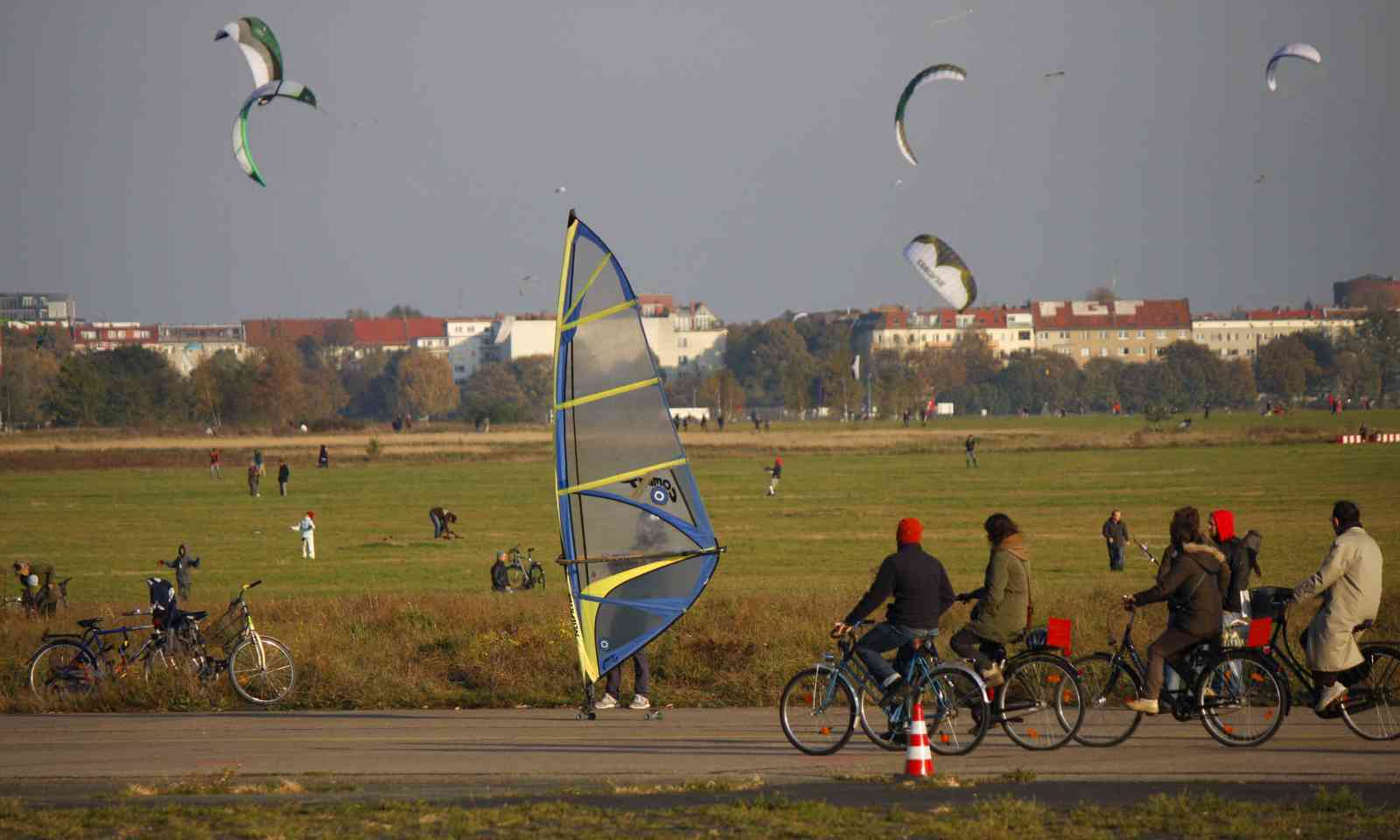 Henrik: If I try to avoid tourists and the buzz of the city, I visit any of the less known neighbourhoods, like the area Grunewald where there is an impressive design shop in Gründerzeit Villa. While you walk down the lanes, you soon understand how the richest families, famous people and diplomats live in Berlin – in small castles, huge mansions and modern Bauhaus houses.

Sascha: The public park Tempelhofer Freiheit is my favourite place. The former airfield is so huge that it never feels crowded and there is enough room for every conceivable outdoor activity: kiteboarding, skating, BBQ, dog-walking, and Bollywood-style dancing. Plus, it has one of the nicest sunsets in Berlin with an unobstructed view over more than a kilometre of open field.

Markus: The ‘Island of Peacocks’ is not too easy to approach but worth the effort to see a beautiful and unique landscape surrounded by the river Havel in the southwest of Berlin. The 218 bus goes there from Wannsee station. 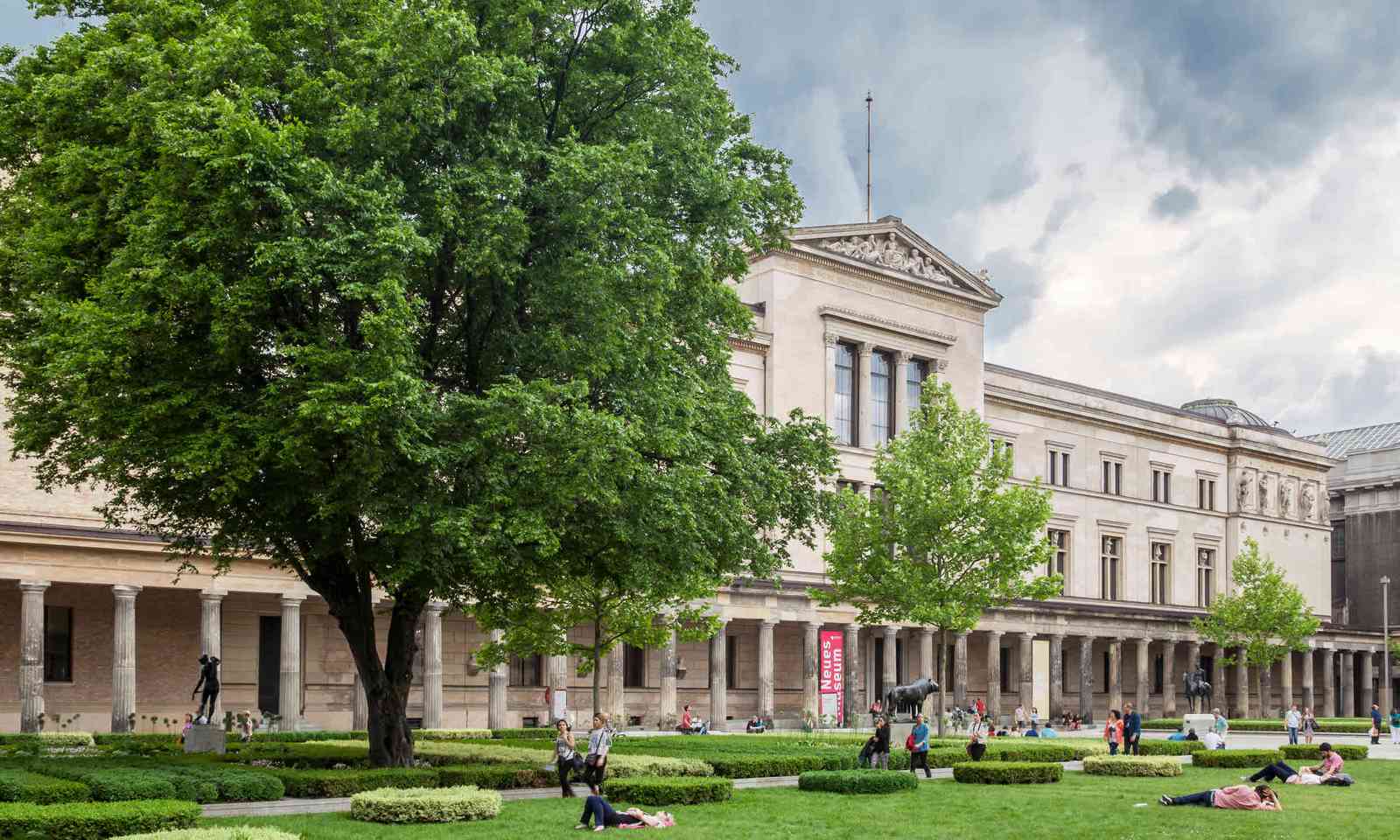 Sascha: C/O Berlin is entirely focussed on photography and has never disappointed me. Another favorite of mine is Buchstabenmuseum that preserves typography from public spaces, mainly elaborate advertising. They are closed for renovations right now, but will be open again shortly. If you are into well-established contemporary art I would point you to Hamburger Bahnhof.

Henrik: A real masterpiece is Neues Museum where you also find the big collection of Egyptian art and the bust of Queen Nefertiti. It was damaged during the bombing of Berlin and opened in 2009 after a major renovation. The way the architect David Chipperfield preserved the bomb damage and bullet holes, old and new architecture, wall paintings, vaulted ceilings and frescoes is mind-blowing.

Markus: I recommend the Bell Tower and its sport museum about the Berlins Olympic Games.

Best tip for seeing something most tourists miss 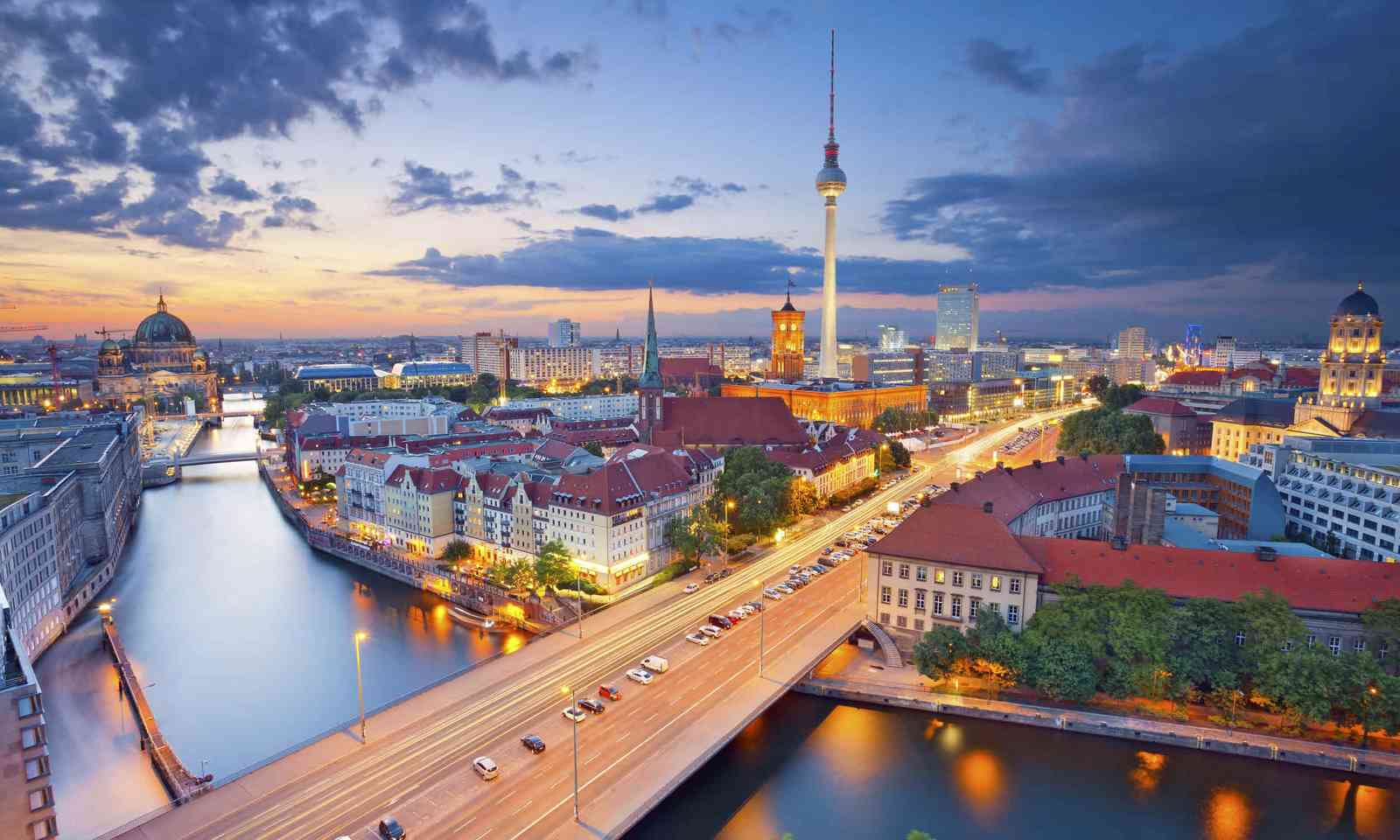 Sascha: The Berlin Philharmonic is one of the most revered orchestras in the world and it offers free classical concerts every Tuesday at 1pm. The Babylon cinema has a free movie night every Saturday and they show silent movies with a live organ soundtrack on the only regularly played cinema organ in Europe.

Markus: The Olympiastadium Hertha BCS has amazing architecture, an impressive view and an interesting museum. The stadium was built for the 1936 Olympics and in the 2006's World Cup, the final game between Italy and France took place there.

Henrik: A less known viewing platform than the Fernsehturm (TV tower) is the Panoramapunkt . There is hardly any line, you reach the top with the fastest elevator in Europe and you actually look down on East and West Berlin on each side of the building where most of Berlin´s top attractions like the Reichstag, Holocaust Memorial, Brandenburger gate, TV tower, Tiergarten and Potsdamer Platz are situated.