Totally mired: The most beautiful bogs from around the world

Mystical and ethereal, bogs are also some of the most important ecosystems in the world. Home to an abundance of vital flora and fauna, these watery wonderlands are well worth a visit... 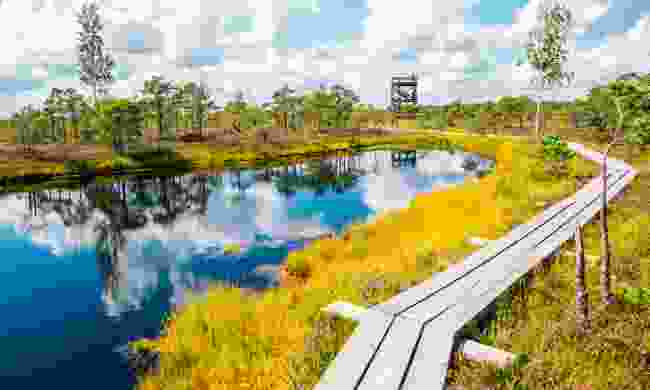 For a long time Latvians were wary of their bogs. Latvian folk stories are full of tales of naughty children who go missing in the swampy waters. And during the Second World War, the Germans lost many a tank – and quite a few men – to Latvia’s voracious mires.

Today, Latvians have embraced their bogs, appreciating their ethereal beauty and recognising their importance in the country’s ecosystem. They have created national parks around them and built walkways that allow visitors to venture deep into the mire, without causing mischief to themselves or the bogs.

One of the most beautiful and accessible is the bog trail in Kemeri National Park, just 44km west of Riga. The boardwalk here takes visitors to a world of moss, small pine trees, deep pools, tiny dark lakes, and the smell of wild rosemary. There are two walks available, both leading to a wooden observation tower that is perfect for watch the sun set over the ethereal landscape. 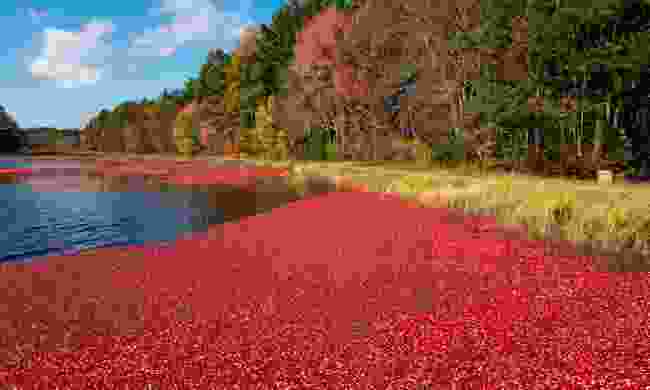 The sight of the bright red berries floating on the bog is something to see. The area is also rich in birds and wildlife, with frequent signs of beaver, fox, muskrat, mink, and otters. Swallows, bobolinks, herons and spotted sandpipers are regular visitors, too. 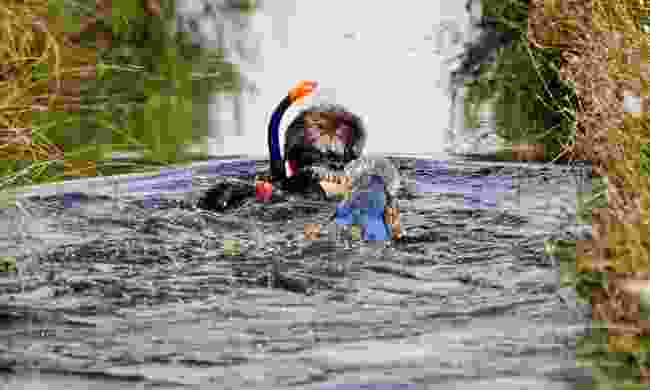 A competitor swims at a Bog Snorkeling Championship (Shutterstock)

Every August Bank Holiday weekend, thousands of people descend upon Llanwrtyd Wells in mid Wales to compete in one of the most bizarre sporting contests on the planet – the World Bog Snorkelling Championships.

Now in its fourth decade, the unorthodox event attracts competitors from as far away as Australia. The competition takes place in a trench in Waen Rhydd, a mile outside of town, and sees elite bog snorkelers try to swim through 60m of muddy bog water as quickly as possible. English swimmer Kirsty Johnson set the world record time of one minute, 22 seconds back in 2014.

For the less athletic, there’s a Fancy Dress Section, where competitors are rewarded for the originality of their outfits rather than any bog snorkelling capabilities. 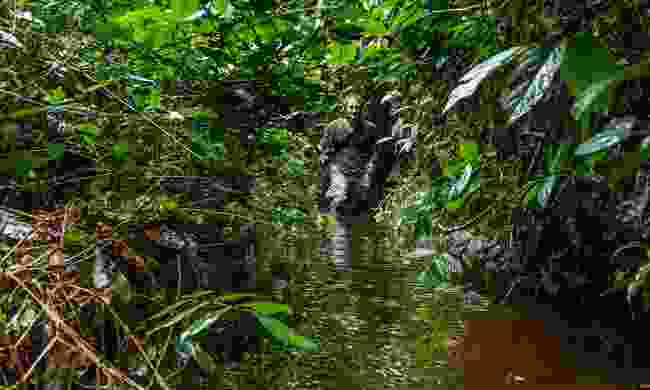 Deep in the Congo Basin, at least a week’s trek from the nearest signs of civilisation, lies Cuvette Centrale. The size of England, it is the largest tropical peatland in the world, locking in 30 billion tonnes of carbon and creating a unique ecosystem where an abundance of flora and fauna thrive.

Straddling the area where the Congo River crosses the Equator, the bog is incredibly remote. This has been both a blessing and a curse. It means the area has been allowed to remain relatively undisturbed.

But at the same time, the remoteness has meant that the government hasn’t bothered to introduce any conservation measures – a real concern should this huge sink for the world’s carbon ever be disturbed. 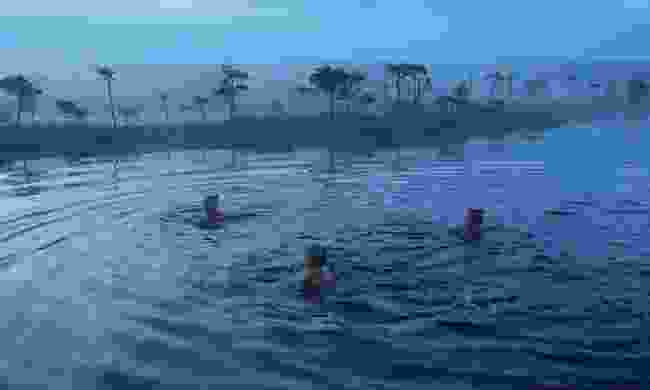 Ancient and beguiling, Estonia’s bogs and mires are an integral part of the Estonian spirit. Making up over a fifth of the country, they are places of great beauty, especially in Autumn when they are transformed into a wonderland of misty mornings and rustic hues.

Estonia’s most famous bogs are Soomaa and Matsalu in the south and Lahemaa and Viru in the north. Lahemaa, is perhaps the easiest to reach, being just 70km east of Tallinn, and is a popular spot for bog walking, a squelchy activity that will see you donning snow-shoe-type footwear to walk across spongy bog.

There are boardwalks for the less adventurous. And the opportunity to go bog swimming for those who are feeling brave. Your reward? A fabulous complexion. Bog water is rich in organic compounds found to tighten and soften the skin. 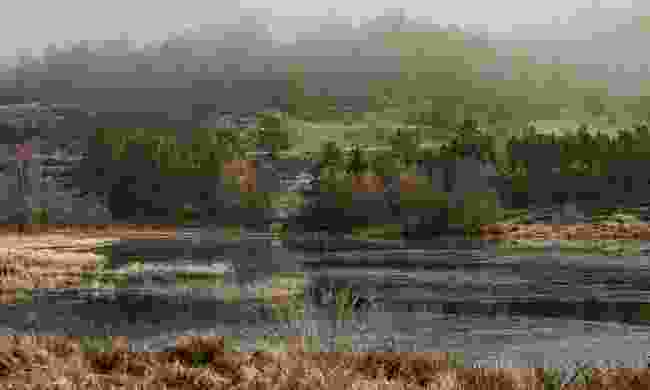 The preservation of bog bodies in peat bogs is a natural phenomenon, caused by the unique physical and biochemical composition of the bogs.

The Danish bogs are better at this than most, particularly those on the Jutland peninsula. Salt air blowing in from the North Sea encourages peat growth and gets the chemical mix for preserving a human body just right.

The most famous peat body is Tollund Man, found in the Bjaeldskovdal bog, six miles outside of the small town of Silkeborg. He is on display, chestnut coloured and leathery, in a glass case in the Silkeborg Museum – 2,300 years old and looking quite good for it.

Bjaeldskovdal bog itself, is little more than a spongy carpet of moss. There's a few spindly trees and a wooden post marking where the Tollund Man was found. Stick to the clumps of ochre-coloured grass if you want to avoid being dug out in a couple of thousand years yourself! 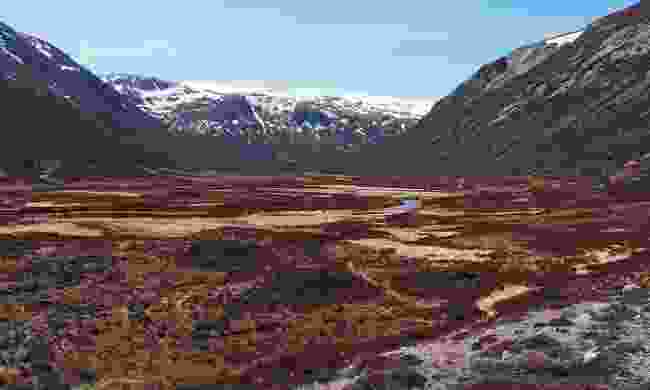 Scotland is home to over one million hectares of bogland. As forests have come and gone over the millennia, the bogs have remained, wide open spaces that haven’t changed much since the Bronze Age.

Bogs have always been an integral part of Scottish life. The dye used in Scottish Tartan originates from bog plants and water from the bogs give Scotch whisky its distinctive peaty flavour. It is home to carnivorous plants that feast on the rich insect life and provides sanctuary to otters, badgers, pine martins and stoats.

Monadh Mor, just north of Inverness, is one of the best places in Scotland to see rare bog woodland. The four mile trail here will take you mature Scots pine and birch, to boggy wet hollows, where standing water forms into ponds and the trees are stunted and small, the moisture performing a kind of natural form of Bonsai.

More places of extraordinary natural beauty around the world:

The world’s 7 most amazing forests

8 incredible lakes around the world

The world’s most awesome deserts